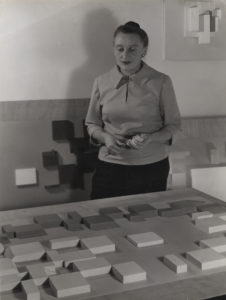 In 1930, Mary Balmford married painter and sculptor Kenneth Martin. From 1954, they often exhibited together. They were part of the generation of English artists that rediscovered abstract art after the war, developing an art that married sculpture and painting, constructive and optical art. While Kenneth Martin worked with metal, Mary initially specialised in plaster reliefs, before using plexiglas for its coloured properties and transparency, and finally metal, playing on its reflective aspects. Her taste for industrial materials and architecture, and her training as a designer made her one of the few female sculptors to receive public commissions, including Wall Screen at the Musgrave Park Hospital (Belfast, 1957) and, in the year of her untimely death, Wall Construction (1969) at the University of Stirling, Scotland. Convinced that artists should “have an understanding of, and a capacity to enter into, architecture, without destroying it, or dominating it, or distracting from it; an ability to crystallise it in an art which is a simple statement on the personal scale so that the work becomes a comprehensible symbol of the building itself, a part of the architecture but not architecture” (Artist and Architect, 1957), she took part in large constructed art exhibitions, including Konkrete Kunst, (Zurich, 1960) and Experiment in Constructie (Amsterdam, 1962).

Her work is characterised by a repetition of shapes, according to mathematical sequences, respect for the law of proportions and sets of permutations, as well as a highly refined sense of the superposition of materials – natural and painted wood, cardboard and plexiglas, stainless steel and cement – which include her quite unique installations of plexiglas on wood. In the mid-1960s, she began a series using small metal cubes, whose faces were cut diagonally and where the permutations in relief of the works created compositions that were both geometric and optical. It was with one work from this series, Cross, that she became the first woman to receive the John Moores prize, together with Richard Hamilton, in 1969. Certain exhibitions have recently brought her work back into the spotlight: the Tate Gallery retrospective in 1984 was followed by a monograph exhibition of the Martins in 2007 at the Camden Arts Centre in London. 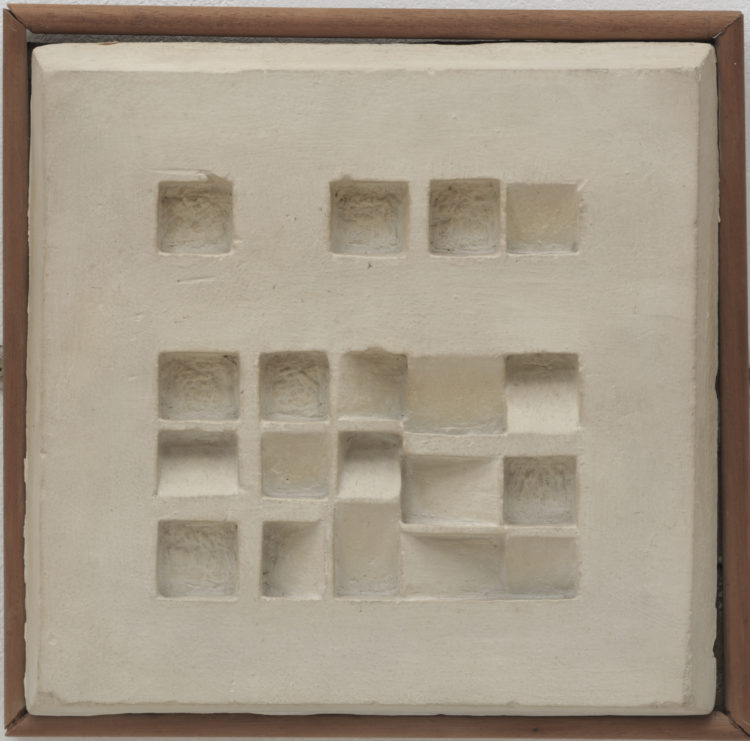 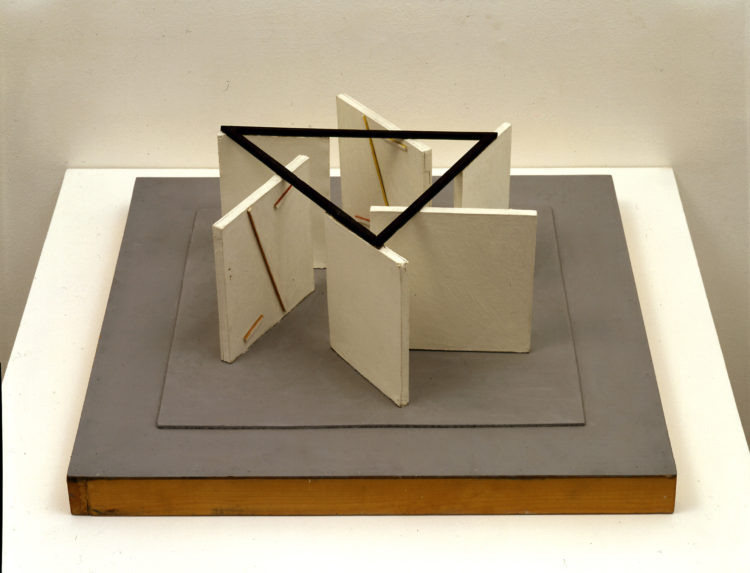 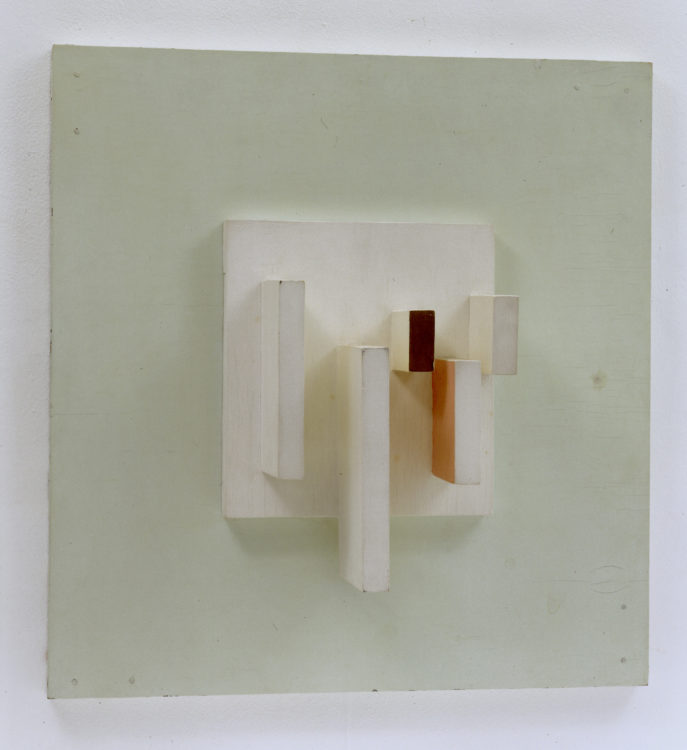 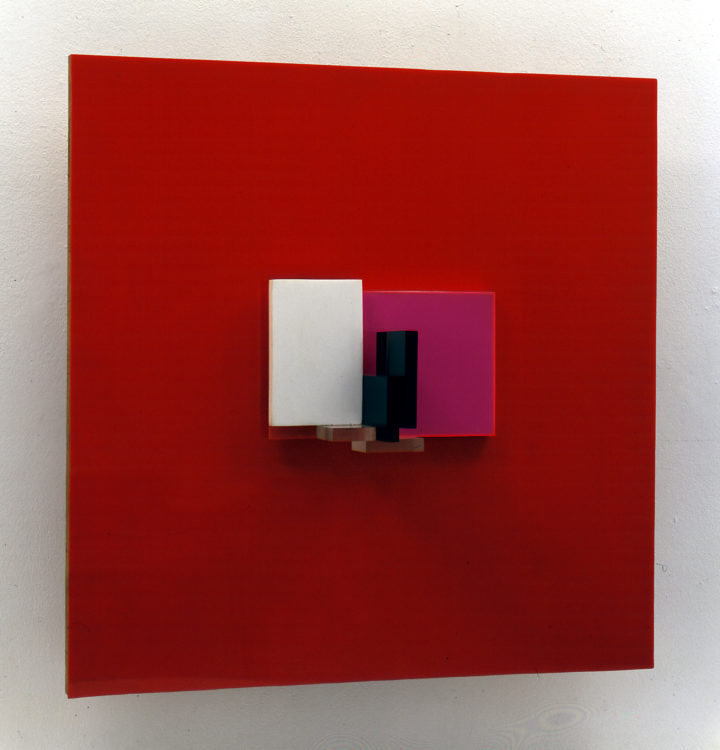 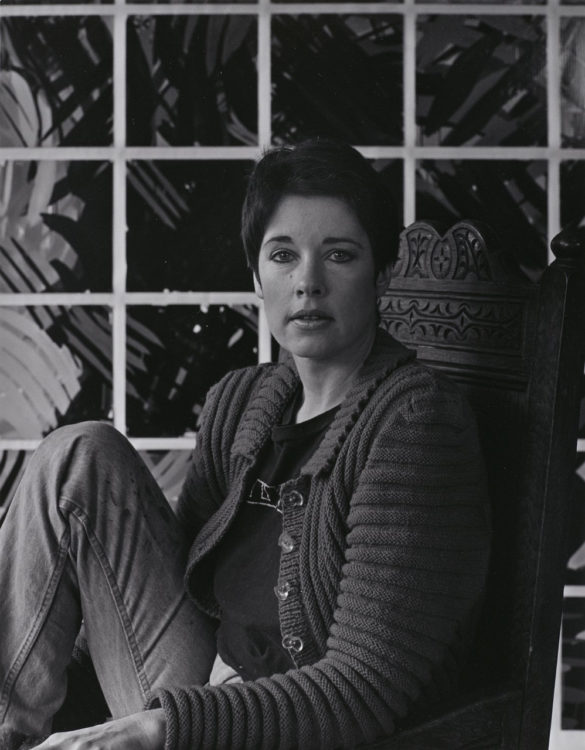