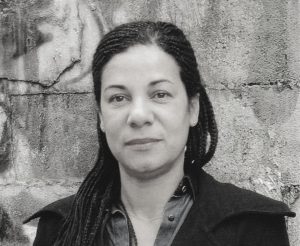 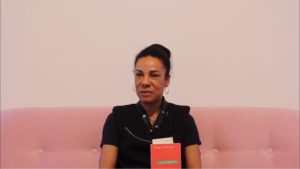 Myriam Mihindou’s work knows no boundaries, whether literal or figurative. From high jumping to architecture to the Bordeaux School of Fine Arts, her eclectic training has provided highly varied spaces for her expression. She shrugs off the question of belonging to a specific culture or artistic medium by playing with porosities and the concept of “Relation” as defined by Édouard Glissant. Performance art, understood as a practice in which the body is both a tool and the display for a thought, becomes the underlying theme of a cathartic artistic practice. But above all, her work finds inspiration in her travels and the people she meets. From Egypt to mainland France, and from Morocco to Réunion, Gabon, Uganda, and the United States, M. Mihindou is a true exote who uses travel and the experimentation with specific areas and contexts to carry out her physical and memorial explorations. While in a location, she delves into its languages, energies, histories, landscapes, bodies, and materials, which she then injects into her own performances and sculptures. The performances are meant as rituals, as tests of the artist’s body in order to transcend trauma, violence, or injury (No Sensibility, 2013). The artist walks on glass, pricks her skin full of needles, wraps herself in cotton, or manipulates ice, thus creating out-of-body experiences to portray the pains she seeks to appease or heal. As both an artist and a shaman, she uses her body as a vessel and a filter for the stories that she receives or that constitute her. Her archives, totems and ex-votos, photographs, embroideries and sculptures are like the material extensions of ephemeral actions. M. Mihindou is an extremely meticulous artist whose work falls in line with the principles of care art; following a deeply humanist urge, she focuses on bodies wounded by the power struggles, oppressions and violence that plague the human condition.

Mihindou has developed an intersectional body of work in which racial issues stand alongside questions of sex, gender, language, and class. She relies on her personal experience and on history – colonial history in particular – to give shape and put words on the suffering inflicted on those who do not belong to the dominant community. As such, the notions of trauma, reparation, and resilience are all territories worth exploring. In 2004, she created Déchoucaj’, a series of photographs taken in Haiti on the occasion of a spontaneous collective trance improvised in the wake of a violent event. During this trance, she photographed bodies and facial expressions, later printing them in their negative form. While the negative values – white, grey, black – accentuate the strangeness of the situation, they also attenuate its brutality. Déchoucaj’ captures out-of-body experiences, catharses, the act of letting go and of communicating with a true sense of plurality. “Déchoucage” is a Haitian term that refers to the uprooting of a freshly felled tree. The action involves violence, amputation, an impossible rebirth, the erasure of a history and, consequently, of memory. The deprivation of both individual and collective memory, of a free experience of one’s own body and of the space around it, as well as any form of domination – over humans, animals, and life as a whole – are the themes that lie at the heart of M. Mihindou’s plastic and political thinking. Her multi-faceted works offer us a space for resistance and resilience. 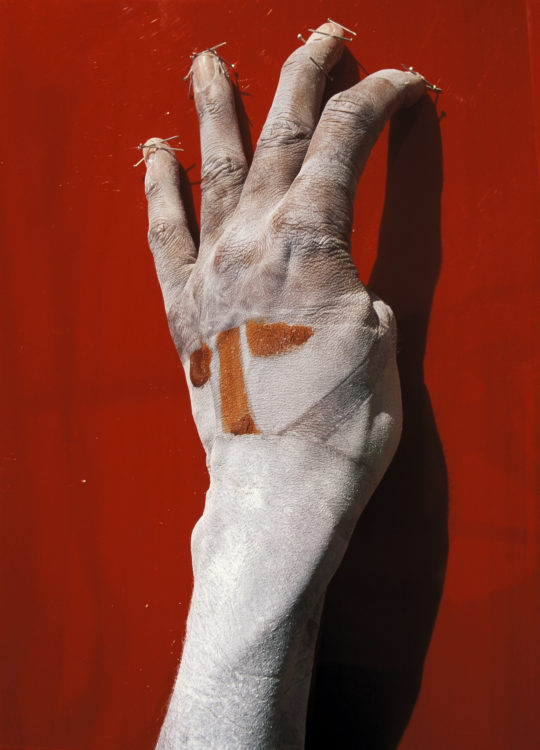 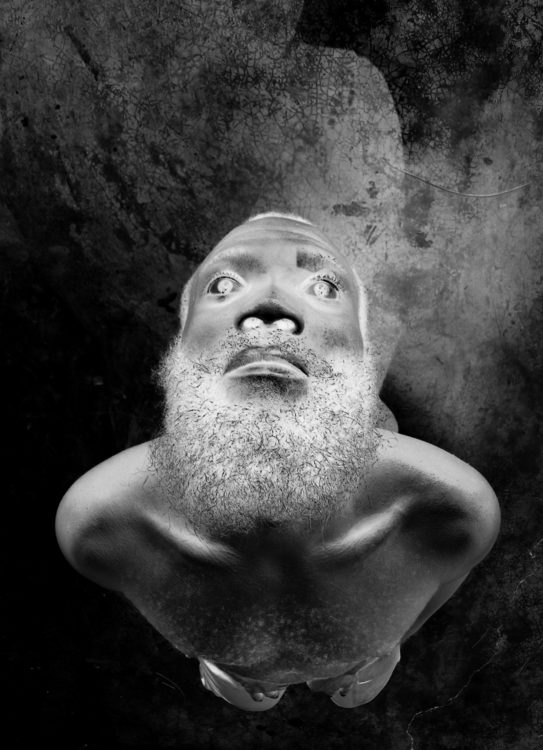 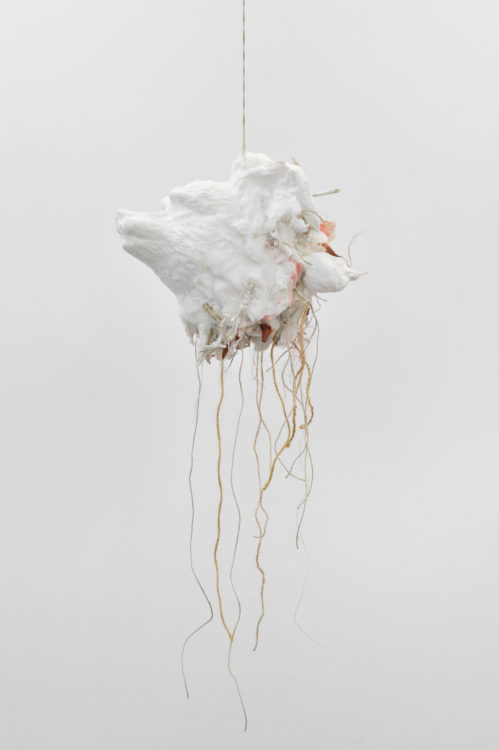 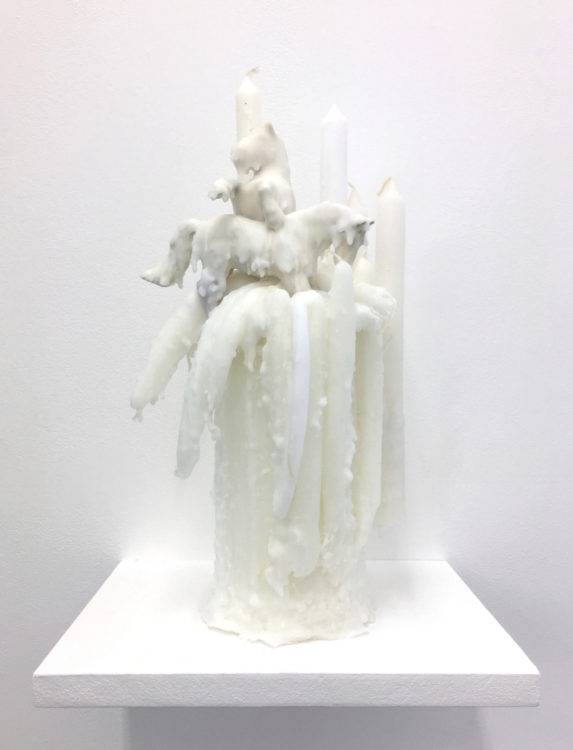 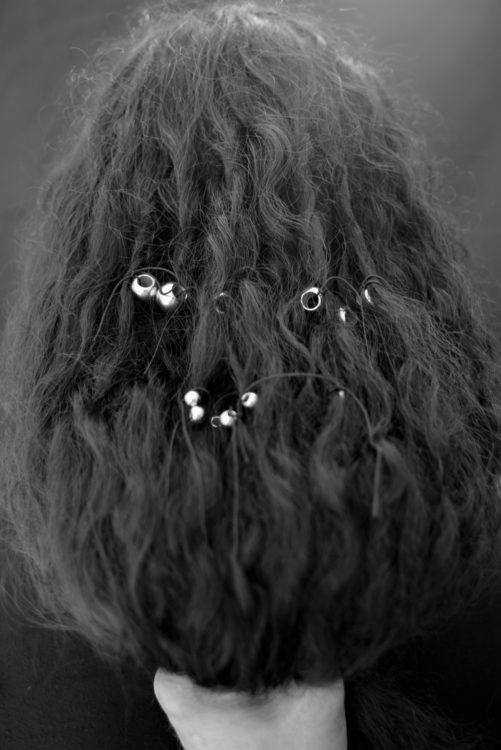 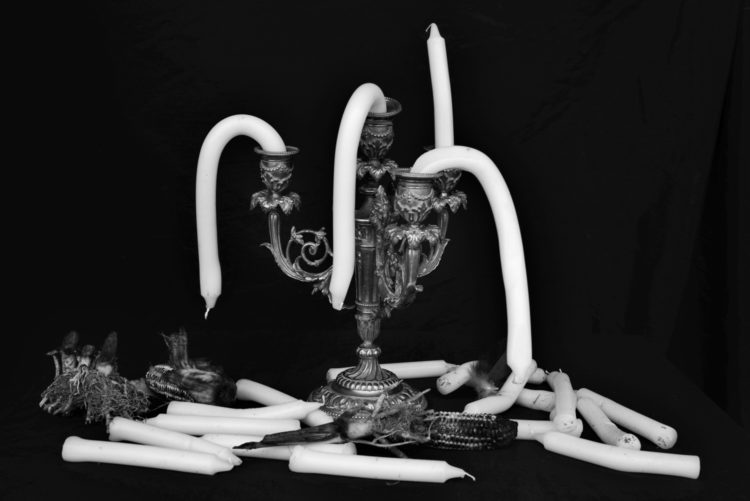 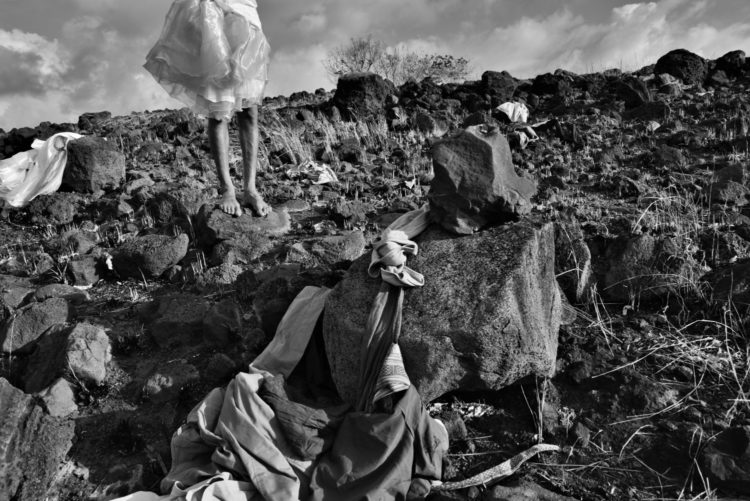 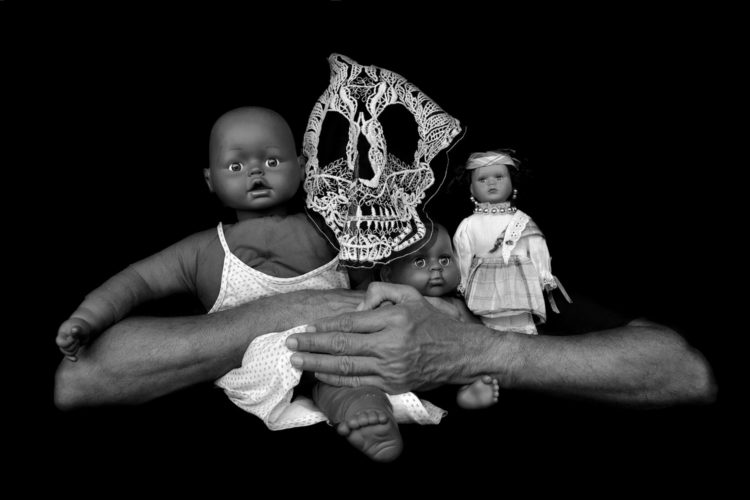 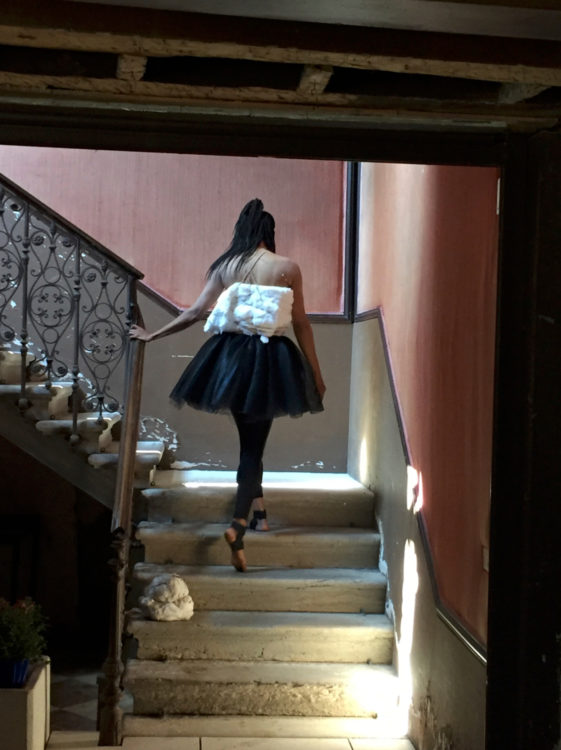 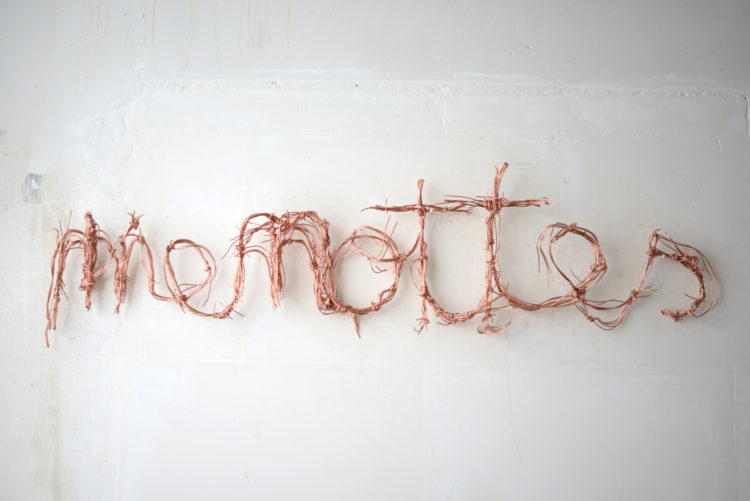 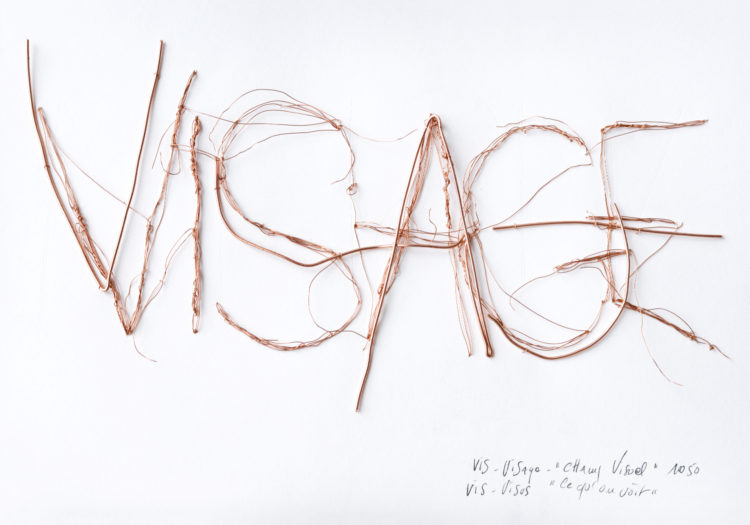