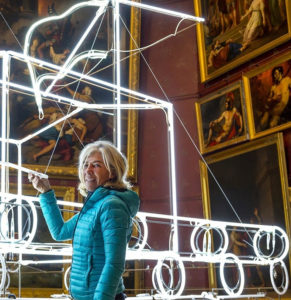 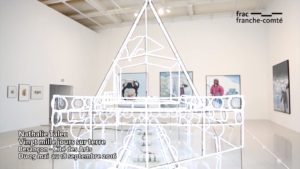 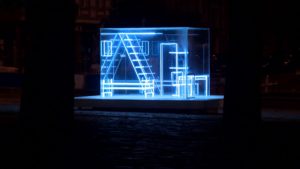 Nathalie Talec uses sculpture, photography, video, drawing, and performance to develop her works, which centre on the theme of coldness and involve a fictional narrative aspect. Her career began at the age of 19 as a graphic designer for the Palais de la Découverte in Paris, for which she illustrated scientific descriptions. By 1987 she had produced a vast number of drawings and notes in preparation of a polar expedition (Archives du pôle, projets, notes d’une sédentaire [“Archives from the pole, projects, notes of a sedentary woman”], 1984-1986; Jeu de survie en chambre froide [“Game of survival in a cold room”], 1985), which she would undertake in 1988 in Greenland. In 1984, she took part in the Parisian exhibition À Pierre et Marie, une exposition en travaux, and gave a lecture about the cold, during which she played strange sounds mixed with dialogues by explorers. During the same period, she carried out her first performance in the streets of Cologne, dressed in a polar suit (Cinq minutes sur la route du pôle [“Five minutes on the way to the pole”], 1983). The late 1980s saw her creating objects also evocative of the cold: an old sun lamp coated in paraffin to mimic ice and snow (Lampe à givrer [“Icing lamp”], 1986); video footage hidden inside a refrigerator behind frosted glass and showing the face of the artist singing (Paroles gelées [“Frozen lyrics”], 1986]. For her series Les Météores, meant to show the different phases of water, she covered an entire room of the Villa Arson in Nice with her piece Exhalaison [“Emanation”], 1989), which consists in insulating material exuding drops of water, thus creating the effect of thermal change. Both her Tableaux humides [“Damp pictures”], 1989) and Angle de refroidissement [“Cooling angle”], 1988) are also self-reflections of the same concepts of saturation, humidity, and evaporation. Talec’s work was featured in the Aperto section of the 1990 Venice Biennale.

In addition to the scientific reflection it provides, her work also demonstrates her taste for metamorphosis and disguises, as can be seen from her self-portraits as an explorer, her performances as a singer, and her identification with animals. The deer’s mask became her trademark icon in the 2000s – with it, she created a fantasy figure, part human, part animal, and played on the ambiguity of its hybrid nature. In 2006, she produced Haute fidélité (“High fidelity”), a 22-step musical tour among the Louvre’s collections; the grand stateroom saw her dressed as a rock star, playing the guitar with a bleeding nose. That same year, she took part in the exhibitions Notre histoire, une scène artistique française émergente at the Palais de Tokyo, and La Force de l’art at the Grand Palais. In 2008, the Mac/Val, Musée d’Art contemporain du Val-de-Marne held a personal exhibition of her work. 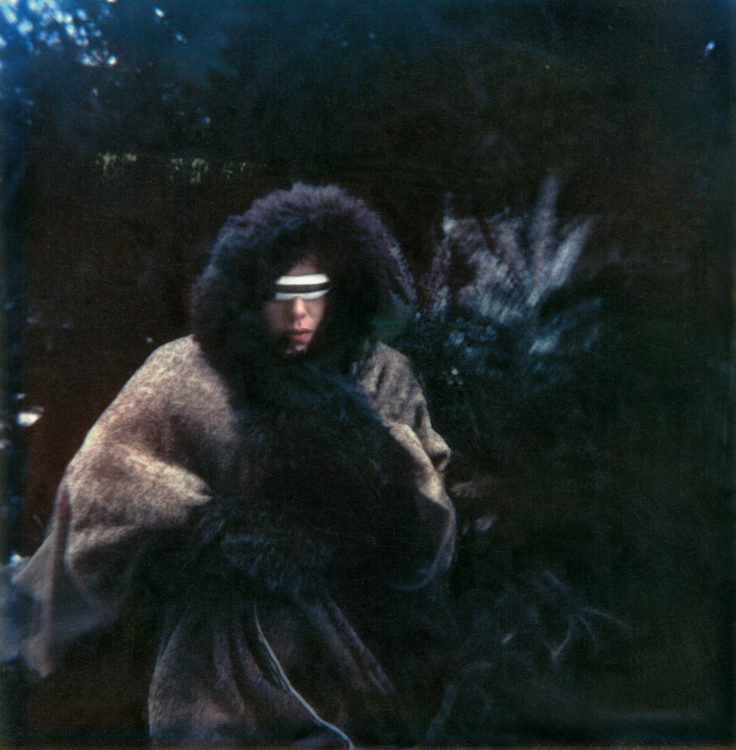 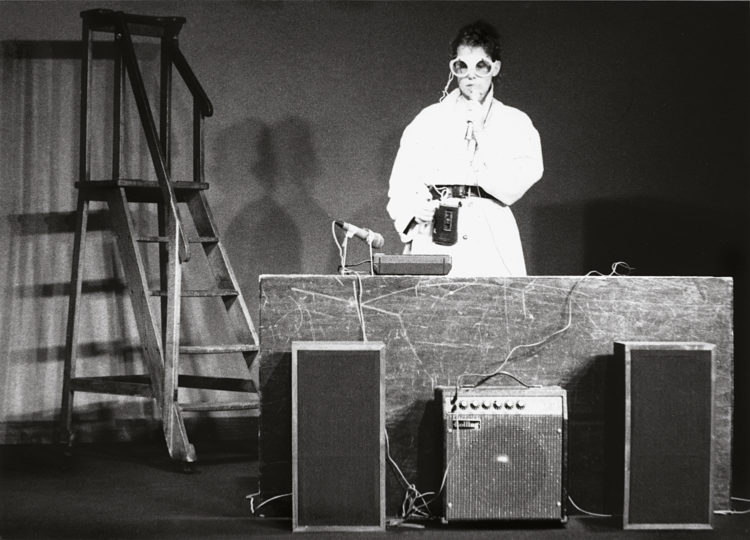 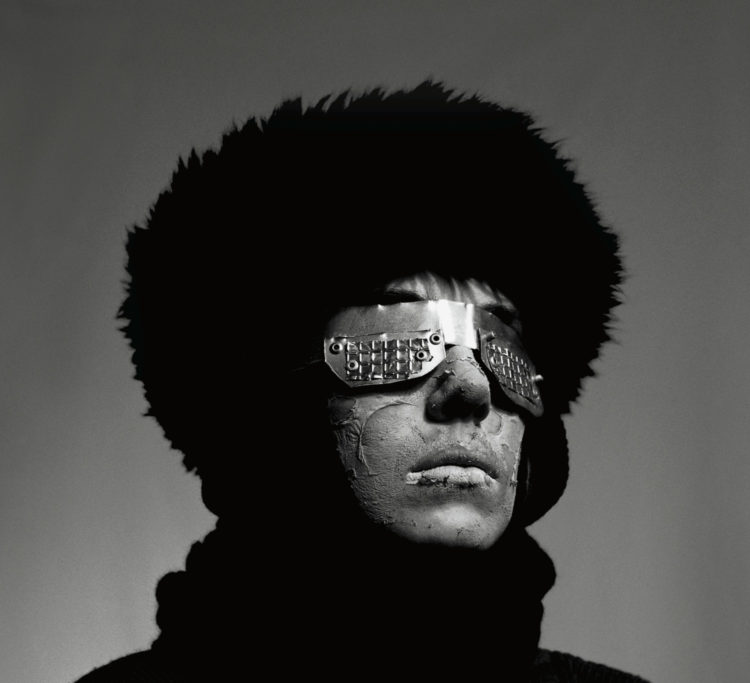 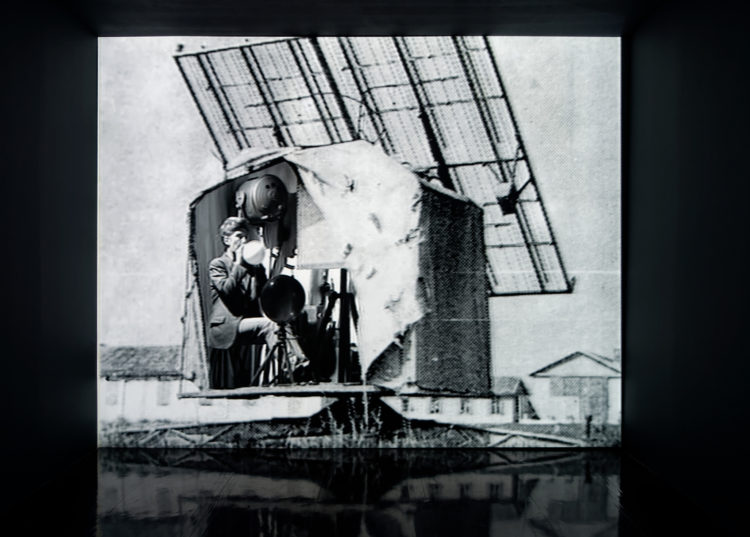 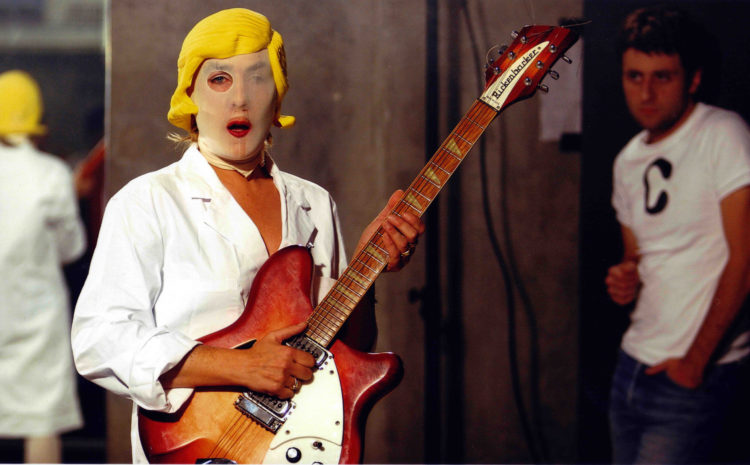 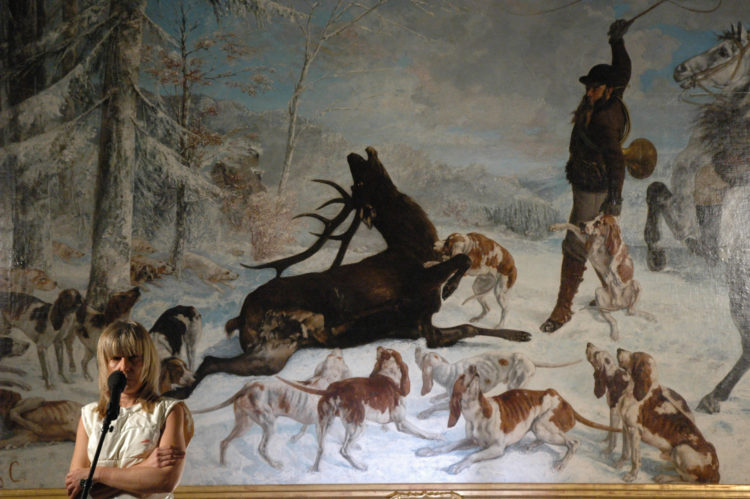 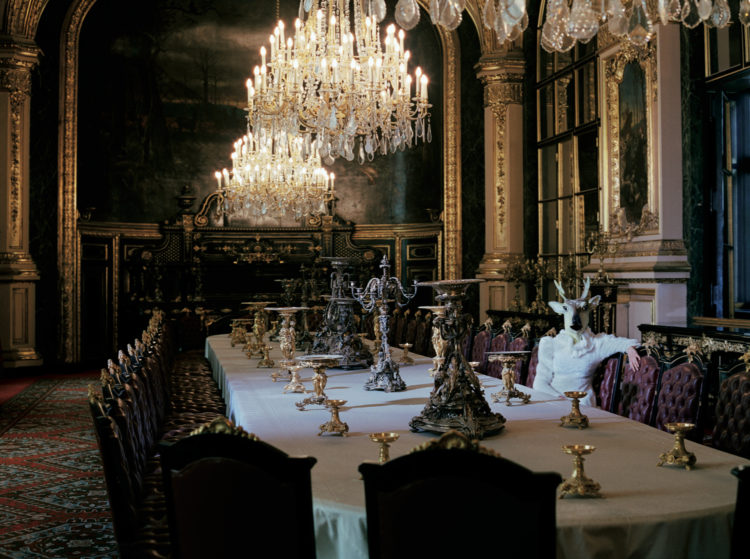 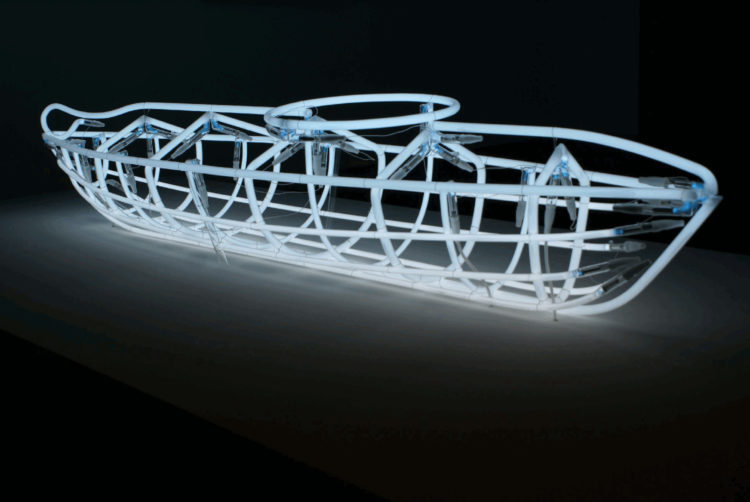 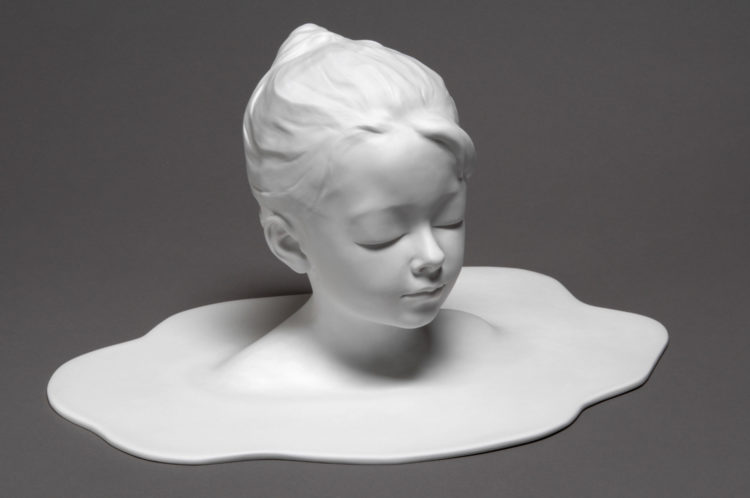 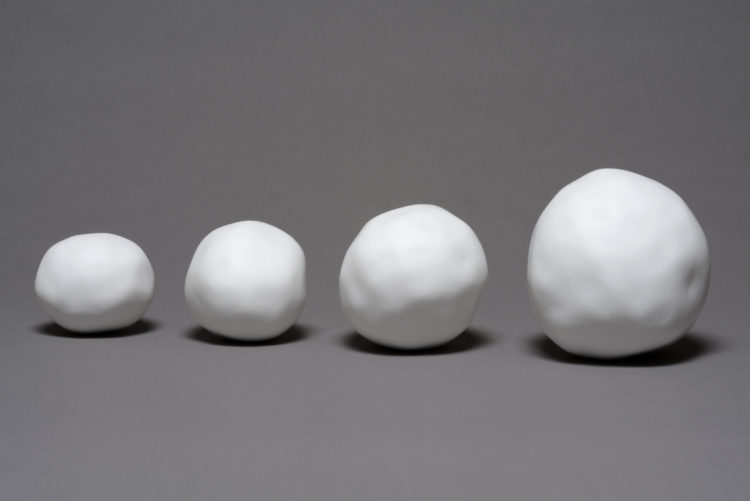 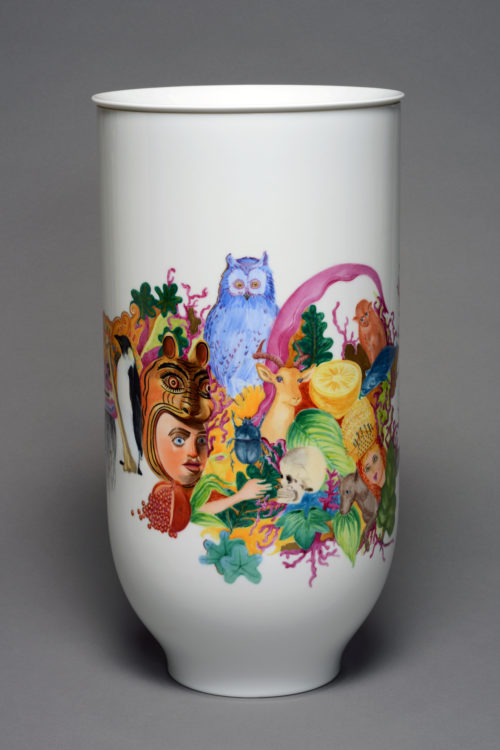 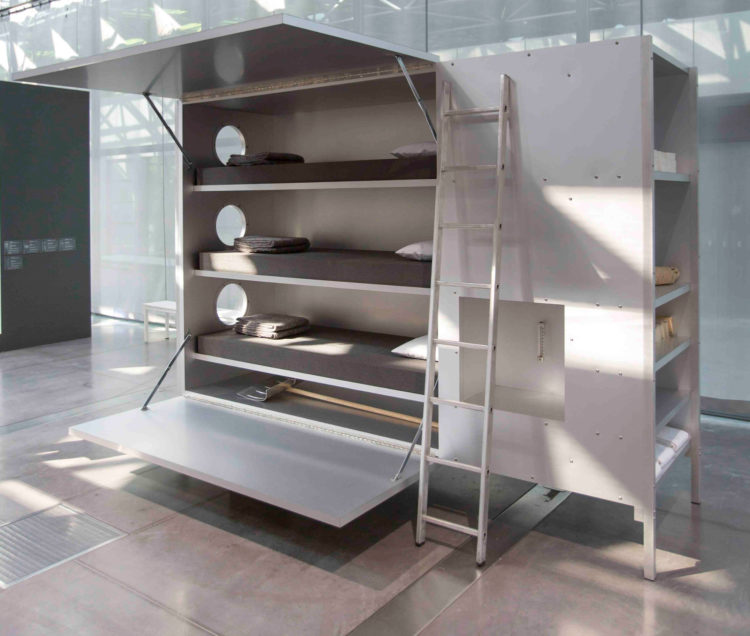 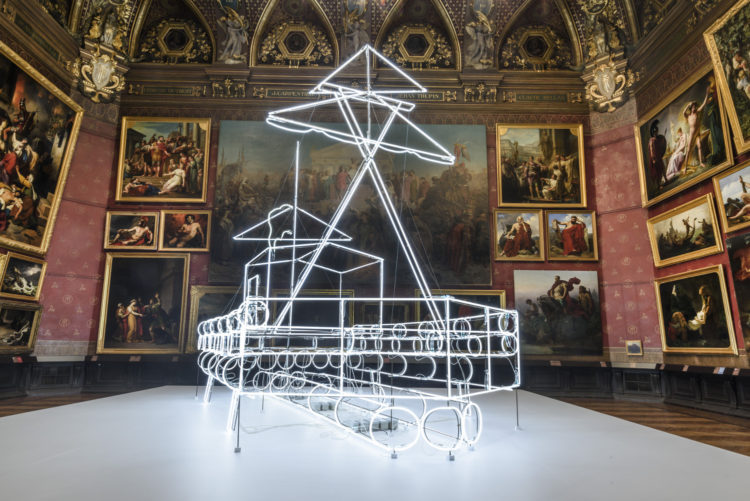 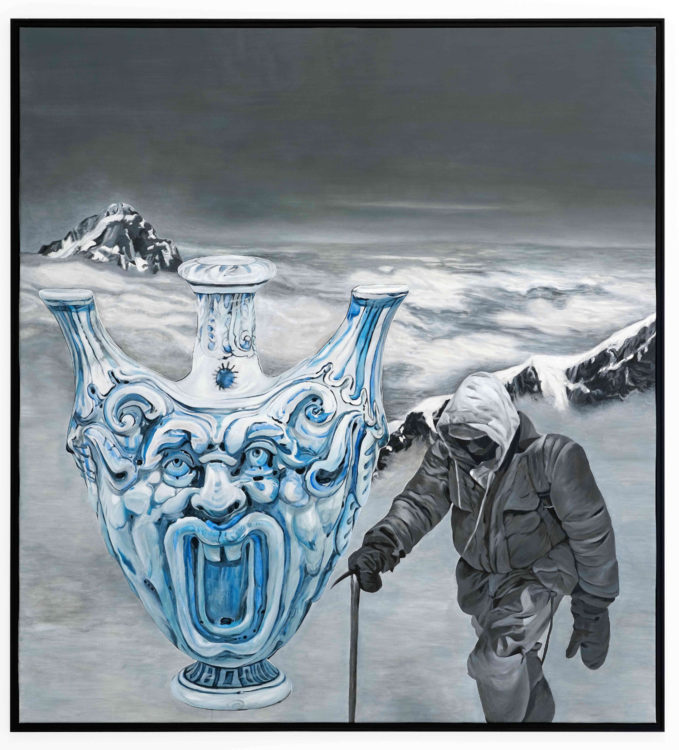