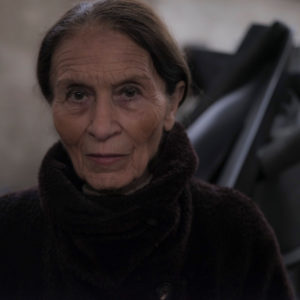 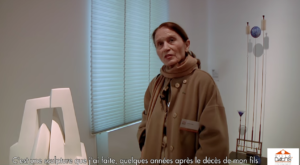 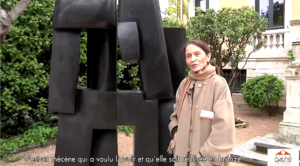 Parvine Curie pursued her studies in Bordeaux before travelling throughout Europe, notably in Spain. Her discovery of Roman Catalonian art in 1957 pushed her to move to Spain, where she primarily lived until 1969. She is a self-taught artist, following the advice of sculptor Marcel Marti. Together they had a son, the poet and painter David Marti (1959–2007). After returning to Paris in 1970, she lived in a studio at the Cité internationale des arts. She was noticed by the sculptor François Stahly for her Première mère, a monumental assemblage of dyed wooden planks and yellow brass presented at the Salon de la jeune sculpture in the Luxembourg Gardens. F. Stahly and his wife, Claude Stahly, invited her to work at a shared studio in Crestet (Vaucluse), where she learned the foundations of the craft. She explored the harmony among architecture, humans, and nature. Mère-murs was created in situ, followed by the “Mères” (mothers) series, a major subject for the artist: Mère-citadelle, Mère-croix… She travelled to the United States for six months with F. Stahly, who created the monumental Jardin labyrinthique in Albany, New York (1973). The Rocky Mountains and the pre-Columbian remnants of Mexico and Guatemala influenced their respective practices.

Thanks to architect Jean Balladur, P. Curie received her first public commission for the middle school Michel Bégon in Blois. Following this, Mère-cathédrale was purchased by the city of Paris, among other works, for the inauguration of its outdoor sculpture museum. A jury made up of prominent sculptors awarded her the Bourdelle prize in 1979. Vernacular architecture, landscapes and flora from particular countries influenced her work: (sacred) Arbres, the pyramids (Guizeh, 1987), and the staircase (La Porte étroite, 1991). After several architectural and hieratic works, she experimented with figures of imbalance in the 1990s: Couple ailé (1992), Envol III (1999), Personnages presque couchés (1999), Double envol (2003). During these years, she explored new materials for jewellery that she created. She also realised suspended tanghkas in tulle as well as multiple collages. In 1997 her bell towers were exhibited in the park of the Château de Fougères, followed by a major retrospective held at the monastery of Pedralbes and the Maeght gallery of Barcelona in 1999. 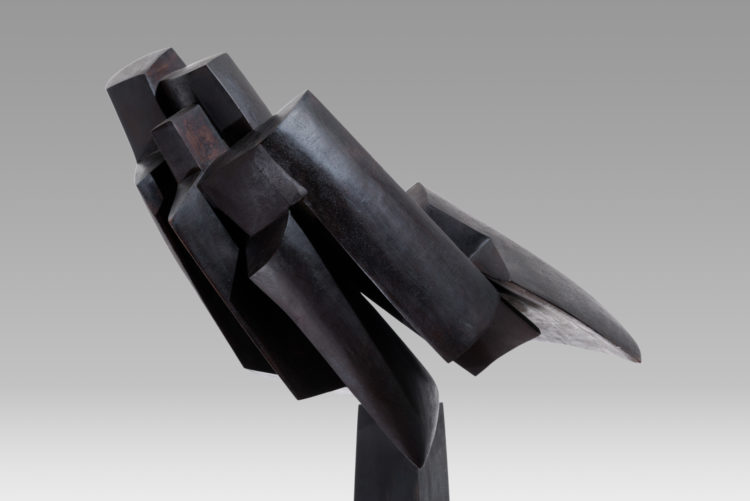 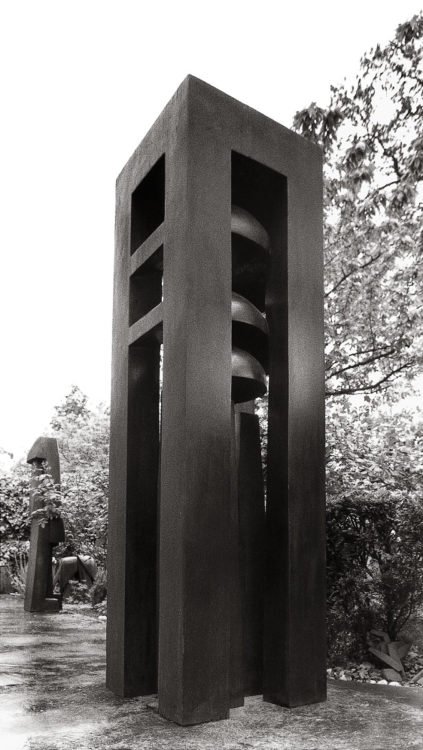 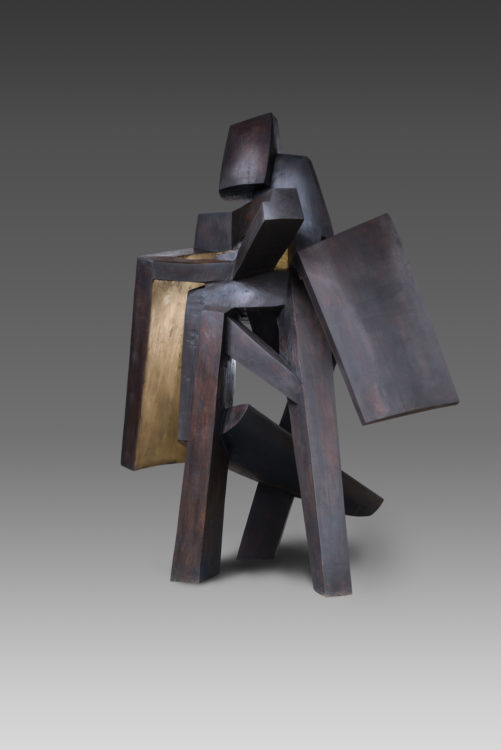 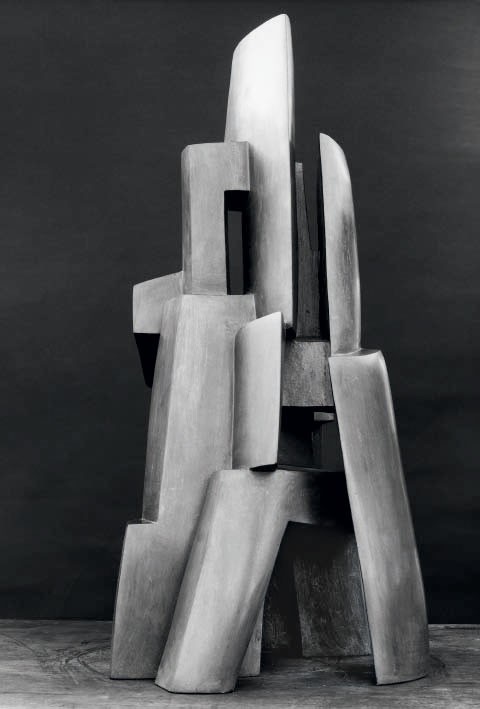 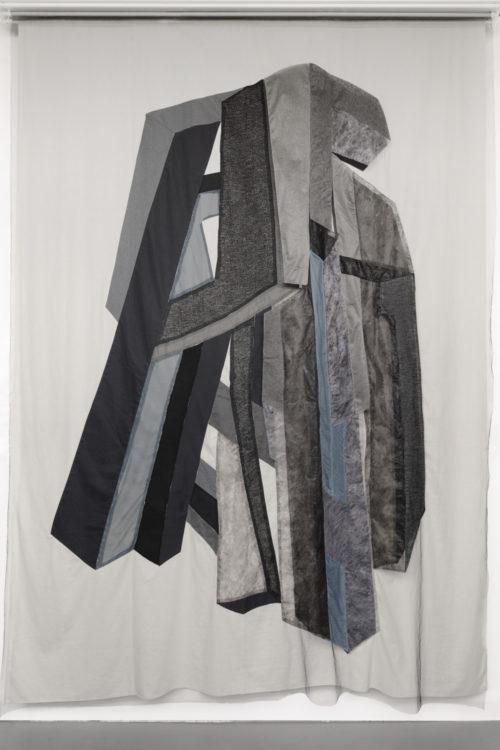 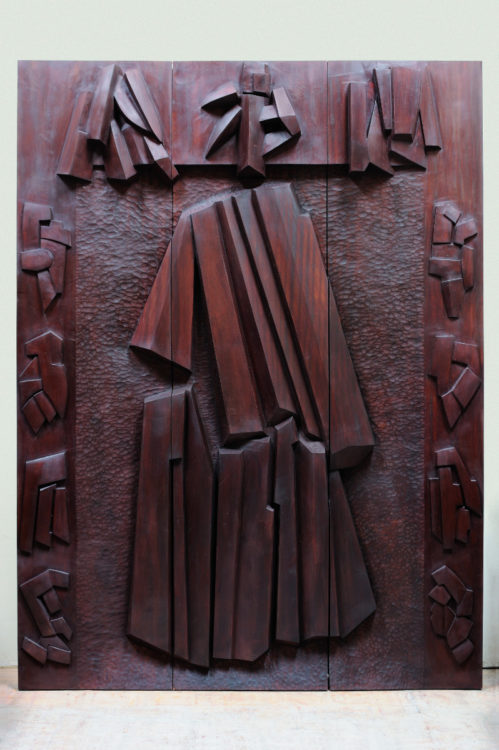 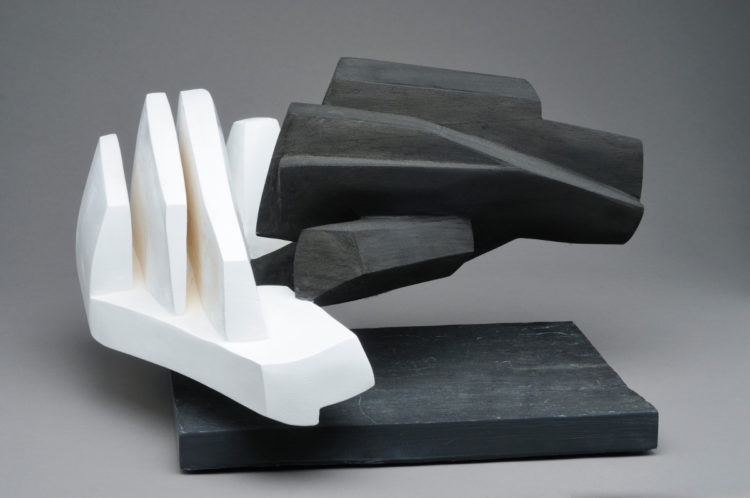 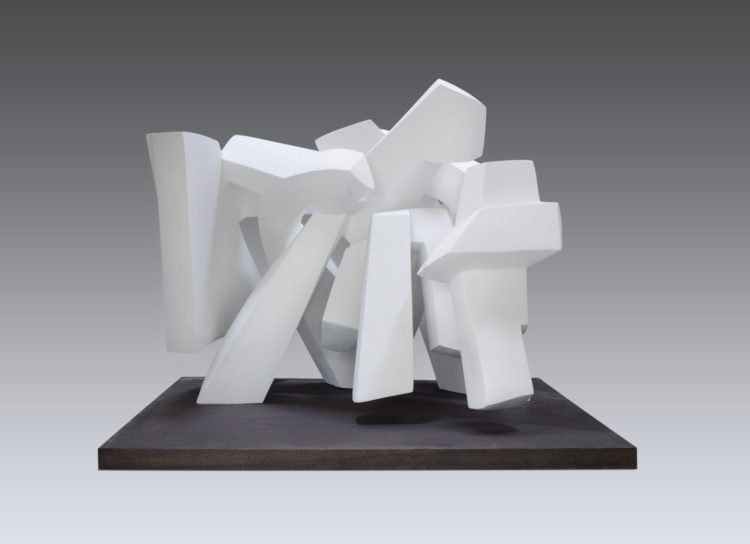 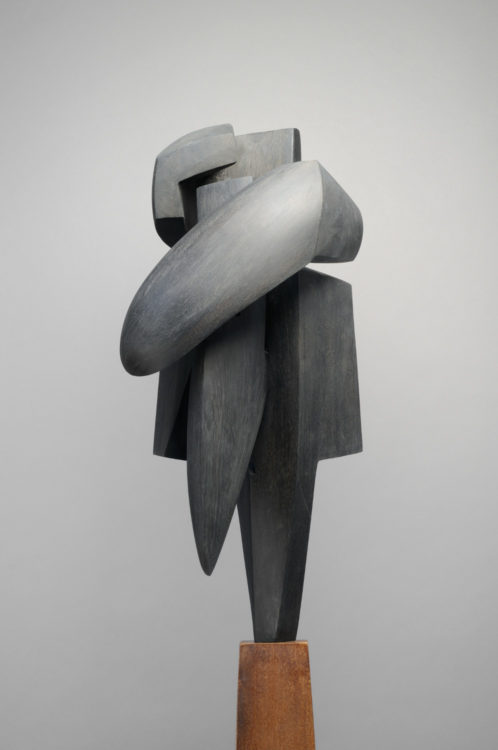 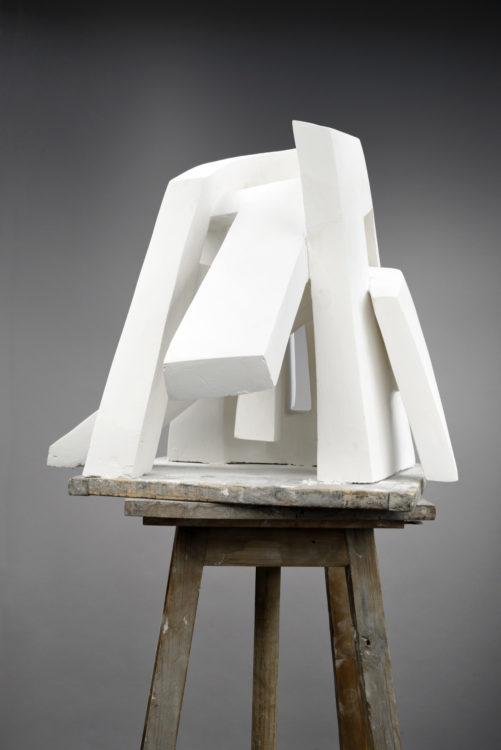 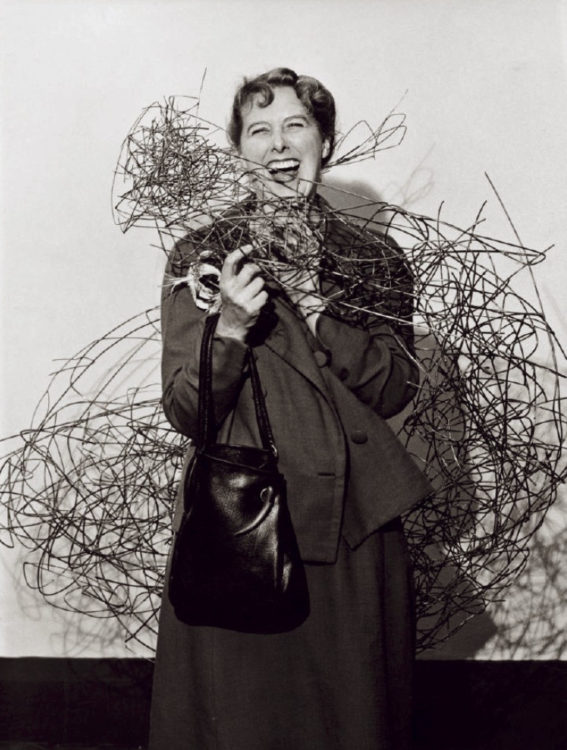