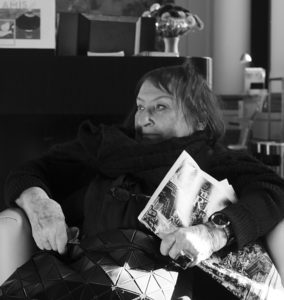 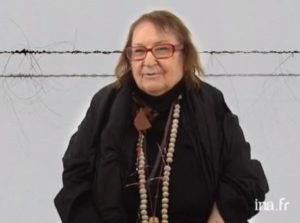 Since the 1950s, Pierrette Bloch’s work has moved toward a form of abstraction that remains free from any aesthetic category and relies on rhythm, the ambivalence between fullness and emptiness, and the contrast between black and white. It is a subtle body of work, which the artist develops with a great economy of means, creating series based on the repetition of elementary patterns – dots, curls, writing – and a near absence of colour. She experienced her first emotional reactions to works of art in 1939 when visiting an exhibition of the masterpieces of the Prado Museum, which were on display in Geneva. She and her parents fled occupied France for Switzerland in 1940. There, she immersed herself in books, which would become her main source of inspiration, and attended conferences on art history, including a lecture by René Huyghe on linearity, which led her to consider the relationship between drawing, time, and the writing process. Upon returning to Paris after the war, she attended the classes of painters Jean Souverbie (1891-1981) and André Lhote (1885-1962); in 1949, she was the first student of Henri Goetz, who at the time had given up Surrealism in favour of abstraction, and became close friends with Colette and Pierre Soulages (born 1919). Influenced by the latter and by Nicolas de Staël, her first abstract paintings were heavily textured and structured according to the grid system typical of post-war art. She began to gain recognition in the 1950s when she took part in the Salon des réalités nouvelles (1950), which was devoted to post-war abstraction. She had her first solo exhibitions the following year in France and the United States, where she spent time regularly.

She made her first collages in 1953, after which she entered what she called her “wandering years”. During these years, she withdrew to her studio and stayed away from artistic circles. When she began showing her work again in the early 1960s, she displayed a preference for collage, giving up painting altogether in 1965. Her collages were made out of juxtaposed inked sheets of paper, while her last paintings featured a heavy use of curls and written patterns. After travelling to New York in 1968, she began a new series of collages, working directly on the floor and no longer systematically inking the various types of paper (drawing paper, kraft, or Bristol), which she pasted side by side on flexible Isorel panels. She created her first stitched works in 1973, which consisted of black yarn sewn onto a pale felt background. Her work on the repetition of simple gestures and shapes bears a similarity to minimalist music, which she discovered in 1976. In 1984, she started making her crocheted Fils de crin (Horsehairs). Stretched out a few centimetres from the wall, the stitched twines or strings were sometimes as long as 12.3 metres (1992) and varied in volume, with their projected shadows intended as constituent elements of the piece. Working with the idea of a writing process that develops in space, P. Bloch twined her horsehairs around a nylon thread stretched horizontally across the room. Her drawings and horsehair structures influenced one another, with lines at times wavy and at times curled, as in the series “grandes boucles” (large curls) and “boucles serrées” (tight curls). The artist’s own handwriting is also omnipresent and has been reproduced since 1976 in her exhibition catalogues alongside her poetic writings. The year 1994 saw her inaugurate her “dessins de crin” (horsehair drawings), in which she used strands of horsehair to cover foamboard supports presented vertically. Around the same time, her work on linearity led her to create her “lignes de papier” (paper lines). These compositions on long strips of varying width and length – as with her Horsehairs – are a consistent and minimalist repetition of her preferred patterns: dots and dashes. Again, their superimposed presentation amplifies their musical and rhythmic effect. As an internationally acknowledged artist, P. Bloch was awarded the Prize for Sculpting at the Chaux-de-Fonds Biennale in 1987 and the Maratier Prize for lifetime achievement by the Pro Mahj Foundation (Museum of Jewish Art and History). Her work has been the subject of several retrospectives and is featured in a number of public collections throughout the world. 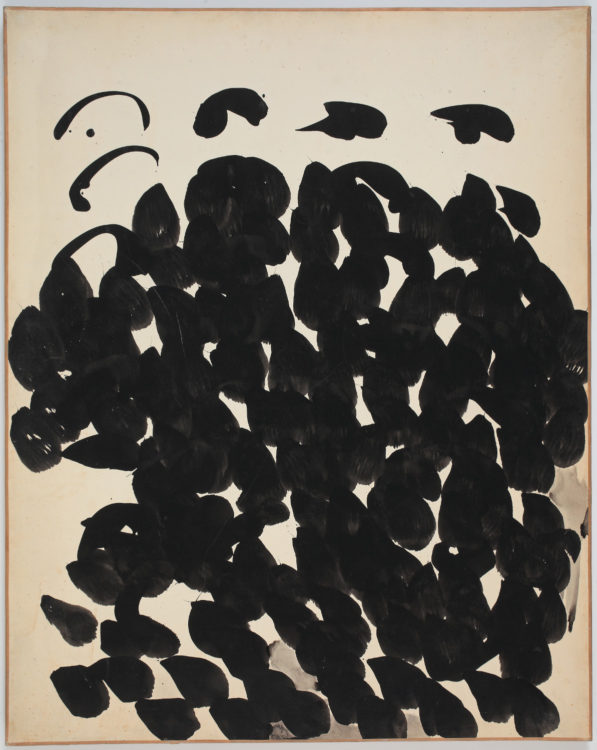 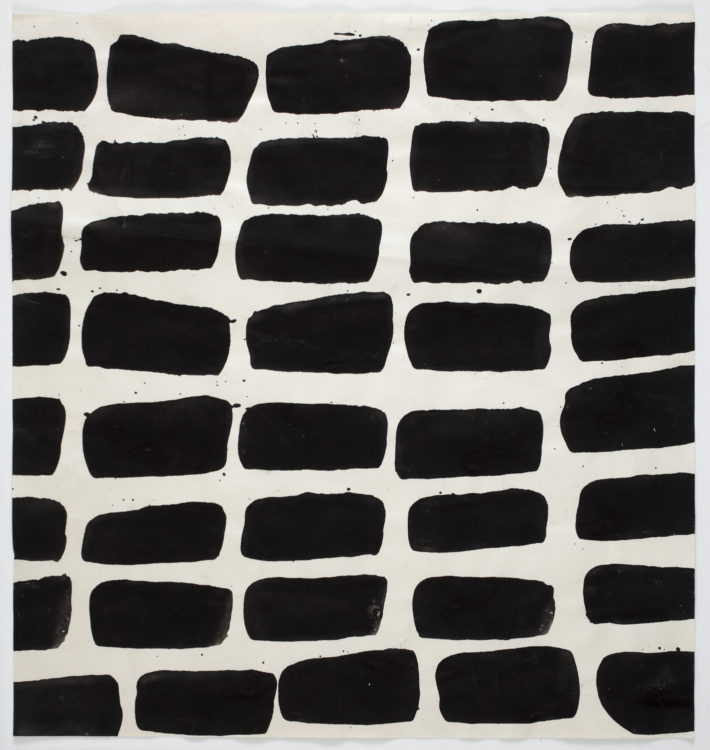 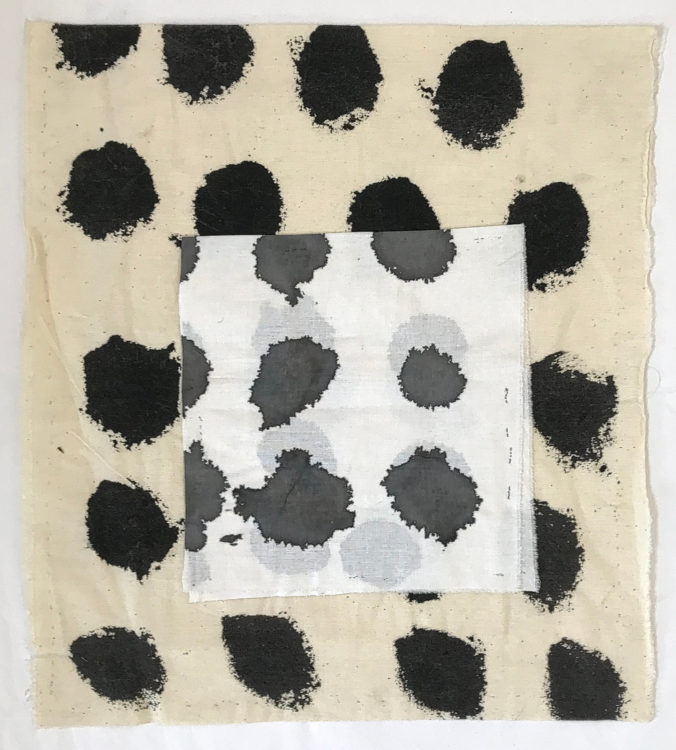 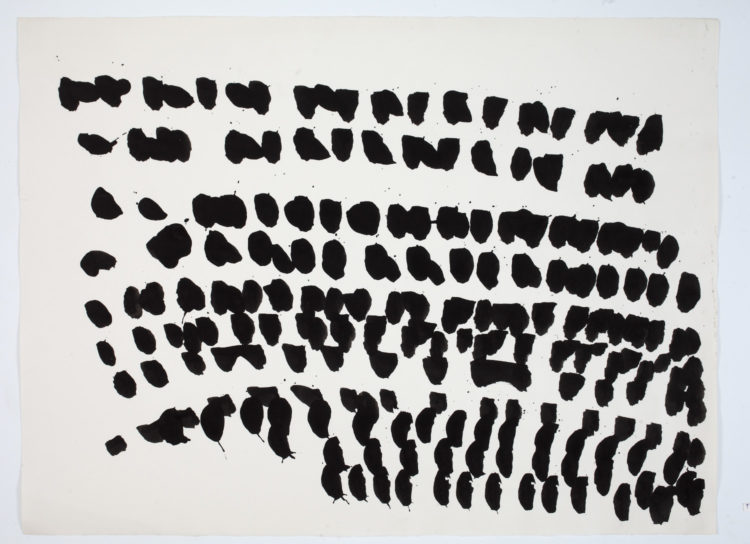 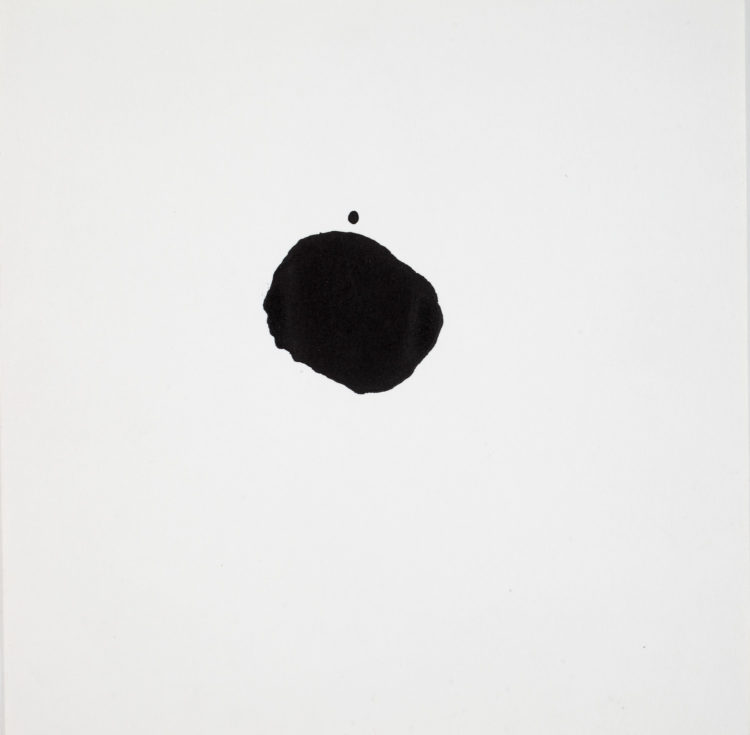 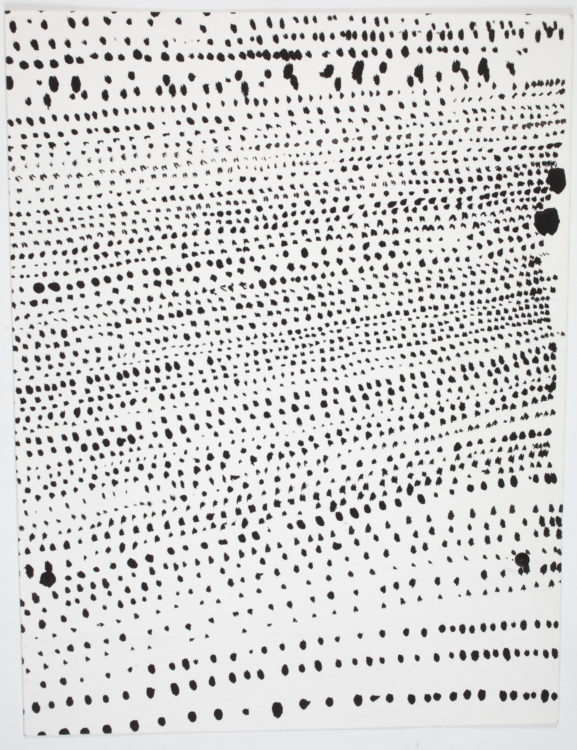 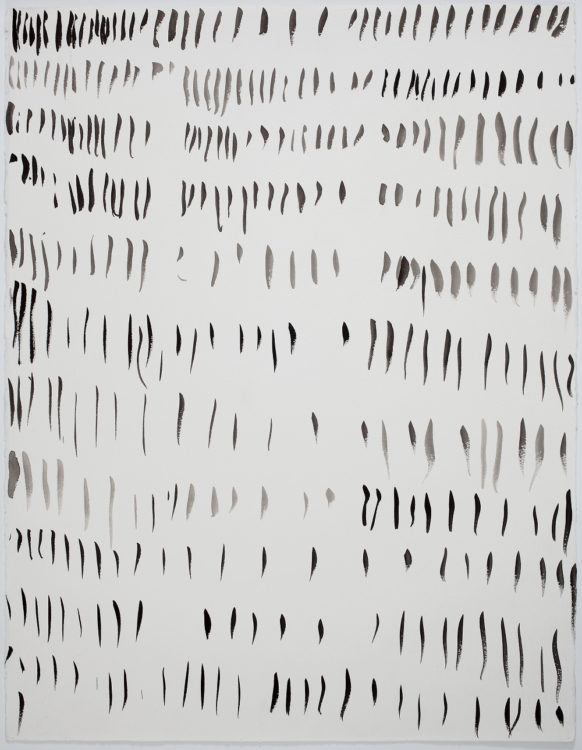 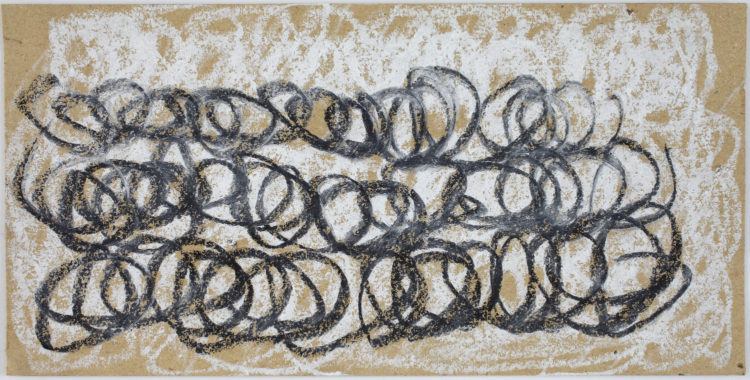