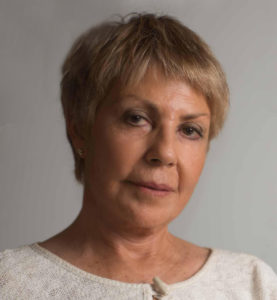 Isabel Oliver studied at the Facultad de Bellas Artes in Valencia. In the early 1970s her figurative paintings caught the attention of the Equipo Crónica collective, which was founded in 1964 by Rafael Solbes (1940-1981) and Manuel Valdés (born in 1942) and promoted a return to figuration and the use of the language of popular media in the context of the Francoist regime. I. Oliver joined the movement in 1971 and was an active member for four years. But while the men in the group questioned what it meant to be Spanish, I. Oliver, like fellow artist Ángela García Codoñer (born in 1944), questioned what it meant to be a woman.
In an aesthetic similar to that of magazines at the time, I. Oliver created series after series highlighting the roles traditionally assigned to women and the burden they endured as a consequence. In the series La Mujer [The woman, 1970-1973], women are shown in a domestic setting. One of these pieces, La Familia [Family], gives insight into what it means for a woman to be solely defined as a mother. The mother holds her youngest child in her arms while her daughter sits nearby; in the background, the father looks directly at the viewer. Our perception of this family portrait, in which the protagonists are all naked, is disrupted by the superimposition of the colourful pattern of a popular Spanish board game, Parchís, which acts as a metaphor of a life dictated by the rules of a predetermined plan. The painting Feliz Reunión [Happy gathering, 1971] portrays women chatting in a living room, while violence irrupts into their silent conversation in the form of nightmarish scenes showing through the windows around them. Cosmética [Cosmetics] depicts a woman standing in a sea of cosmetic products.

In the 1990s the artist distanced herself from the Pop art movement and painted works in a more abstract style, with a focus on the theme of the passing of time. Her works from the 1970s were rediscovered, in particular thanks to the exhibition The World Goes Pop at Tate Modern London in 2015-2016. 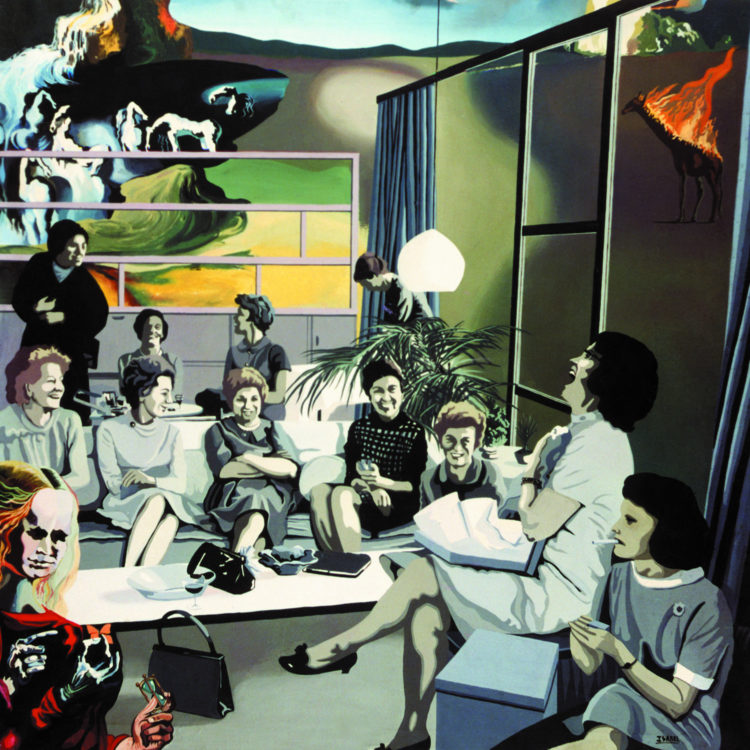 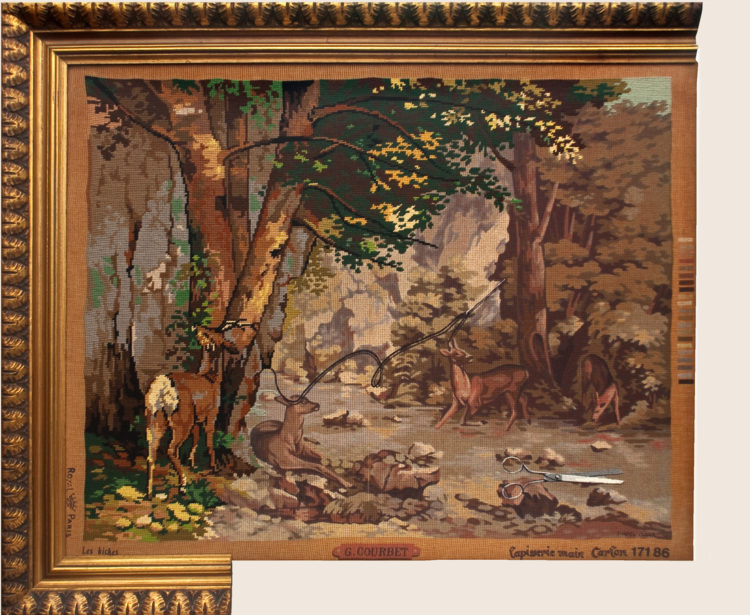 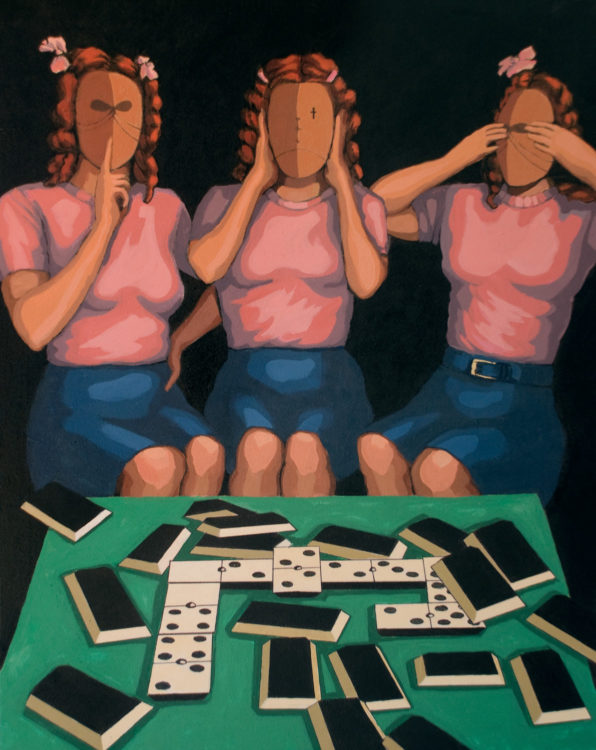 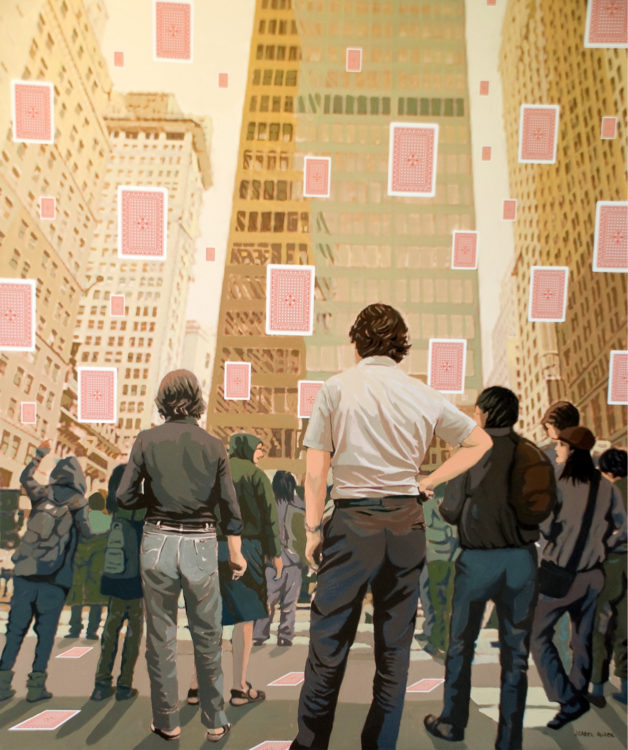 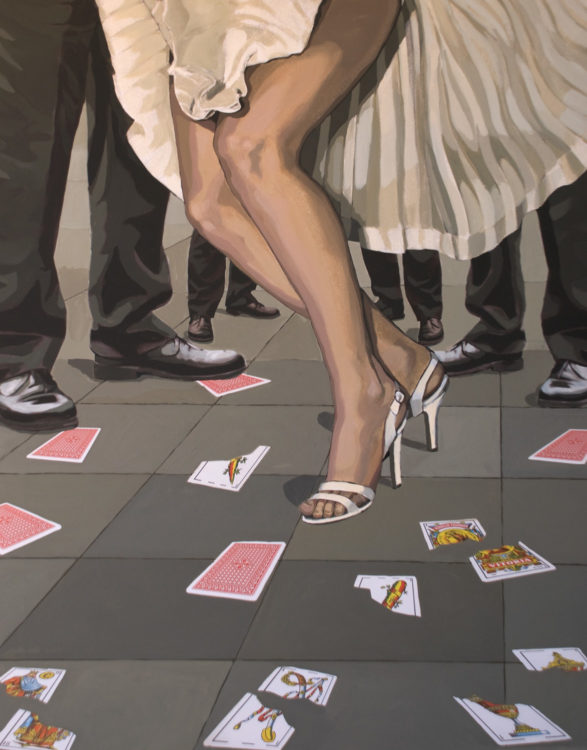 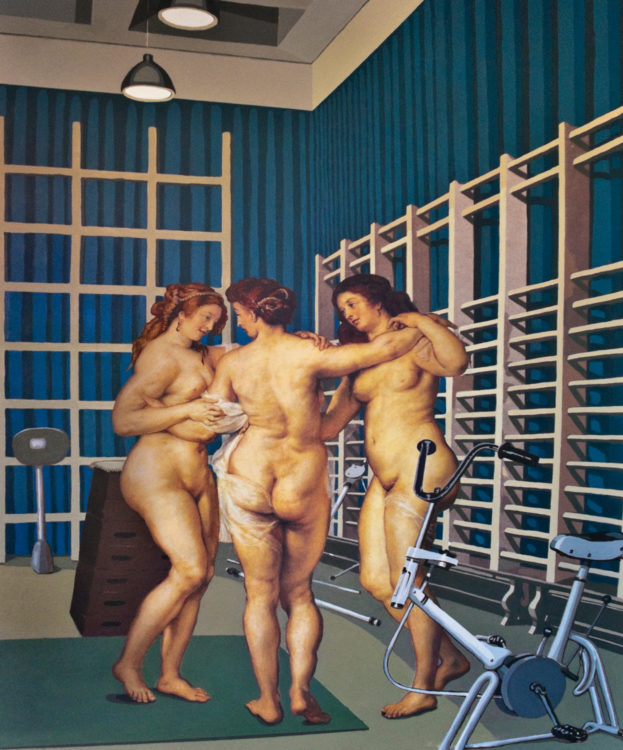 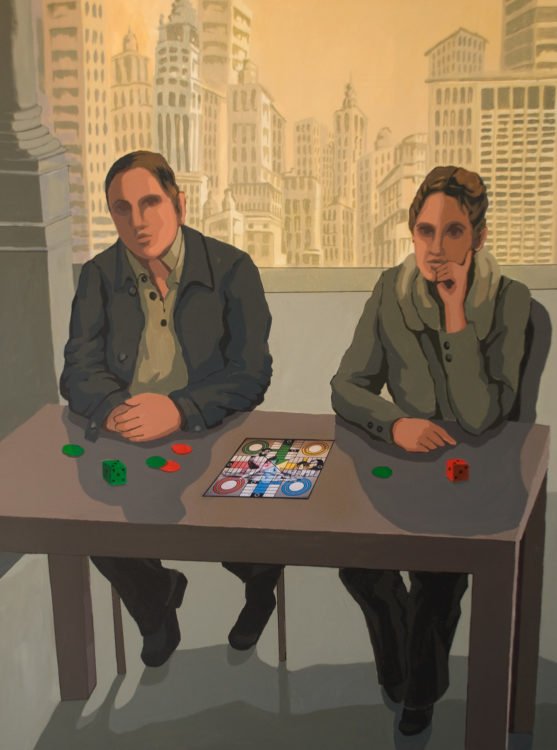 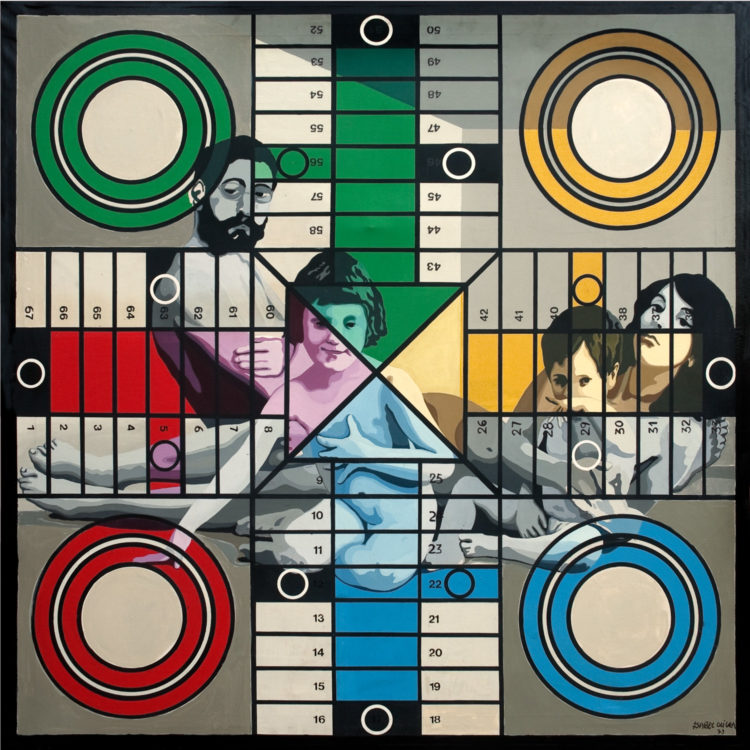 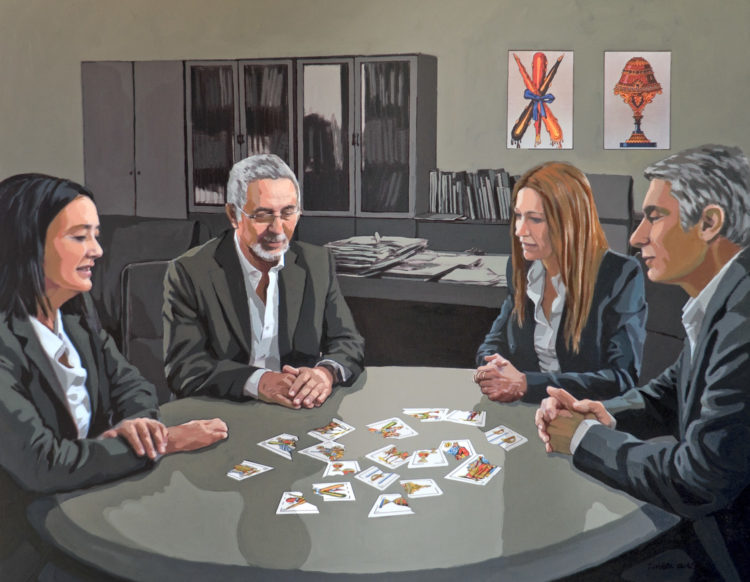 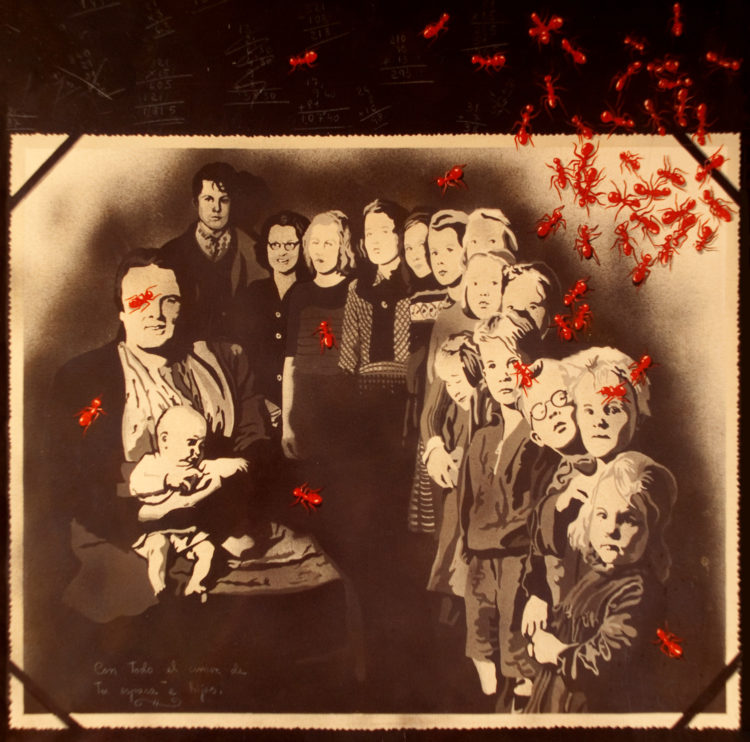 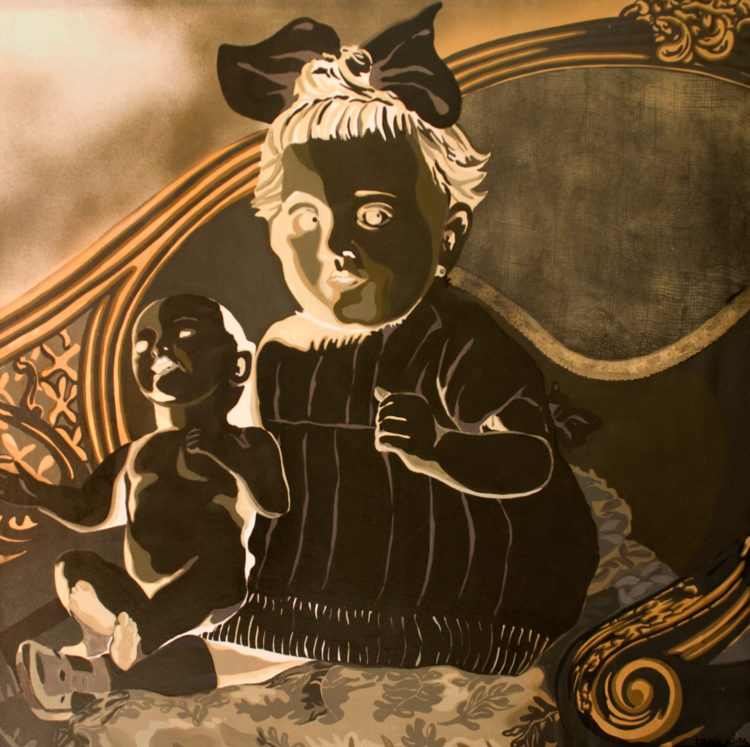 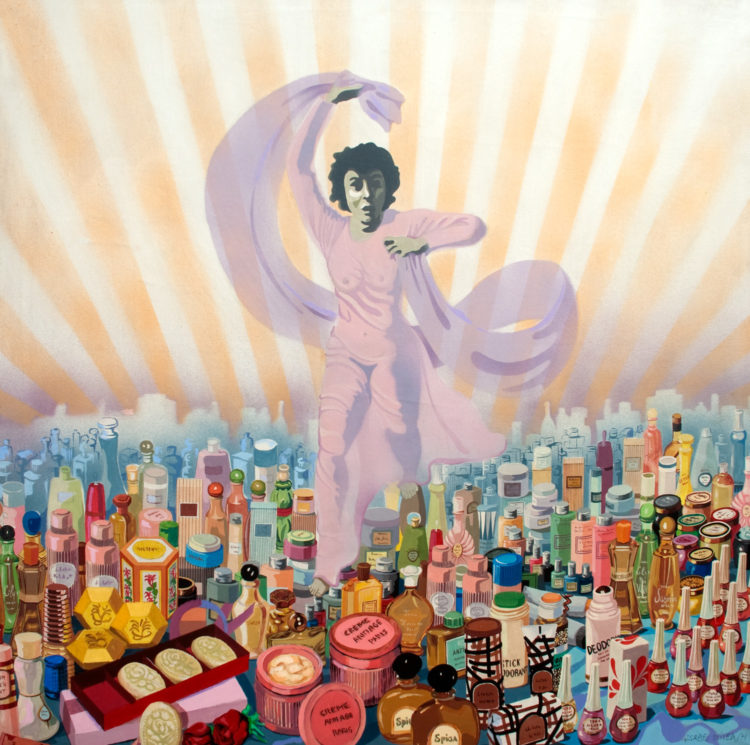 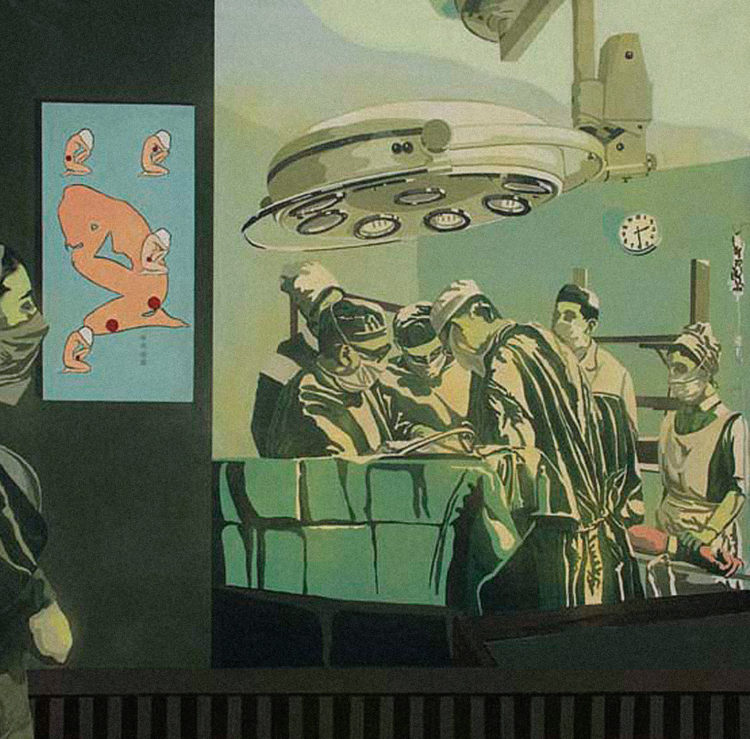