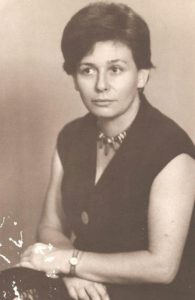 Ruth Schloss started her formal academic training at the New Bezalel School of Art, Jerusalem, in 1938. Despite her young age of 16, she was accepted at the renowned school, and studied under the supervision of the influential Israeli artist Mordecai Ardon (1896-1992). After her studies, she moved to Kibbutz Lehavot HaBashan and began producing art committed to the Israeli Kibbutz Movement and was highly appreciated by the movement’s leadership and members all over th country. From 1947 to 1949 R. Schloss was the editorial illustrator of the well-known Mishmar Layeladim newspaper, as well as illustrating several children’s books for the Kibbutz movement’s publishing house Sifriat Poalim, the most successful of which was Mor the Donkey. Throughout this time she also produced private illustrations and paintings not connected to the movement. Some of these were exhibited in her first exhibition at Mikra-Studio Gallery in Tel Aviv in 1949. During this period her private drawings mostly depicted impressions of scenes from Kibbutz life – people, animals and scenery– made in ink and diluted ink.

Between 1949 and 1951 she studied at the Académie de la Grande Chaumière in Paris, where she was challenged with oil painting techniques and colour theory, and encountered French modernism and its various currents. In 1951 she returned to Israel, married Benjamin Cohen, the chairman of the national leadership of Hashomer Hatzair at that time, and became a mother. In 1953 she left her ibbutz due to a political dispute and moved to Kfar Shmaryahu. From this moment on she stopped producing art in the service of the kibbutz movement.
In the 1950s R. Schloss joined the circle of Israeli Social Realism, and her works became protestive and aware to the human suffering. From the early 1960s until the 1980s she mainly in her studio in Jaffa. The poverty of Jaffa as a place, as well as the poor and neglected Arab and Jewish populations, inspired her works in these years, and some locals became the subjects of her paintings.

In her most comprehensive catalogue, Ruth Schloss: Local Testimony, produced for her major retrospective solo exhibition at Mishkan Museum of Art in Ein Harod in 2006, curator Tali Tamir analyses the artist’s shift from a black-and-white drawing technique to a painterly approach and materiality, the insertion of photographs into her paintings and eventually her return to linear drawing. R. Schloss’s art throughout the years was always figurative and her aspiration was the need to observe human fate and reflect it. 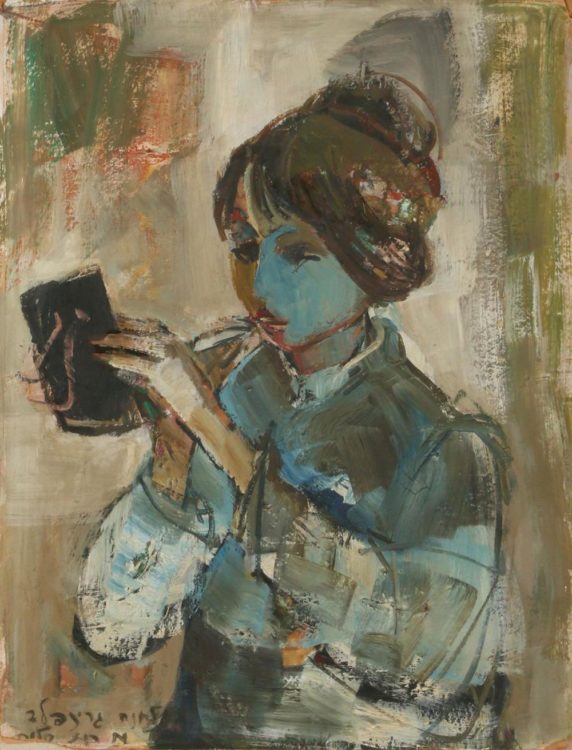 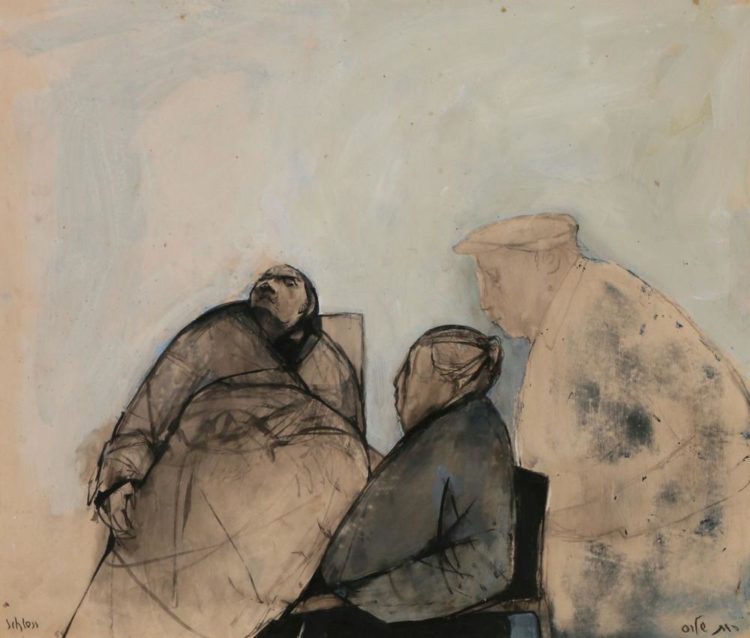 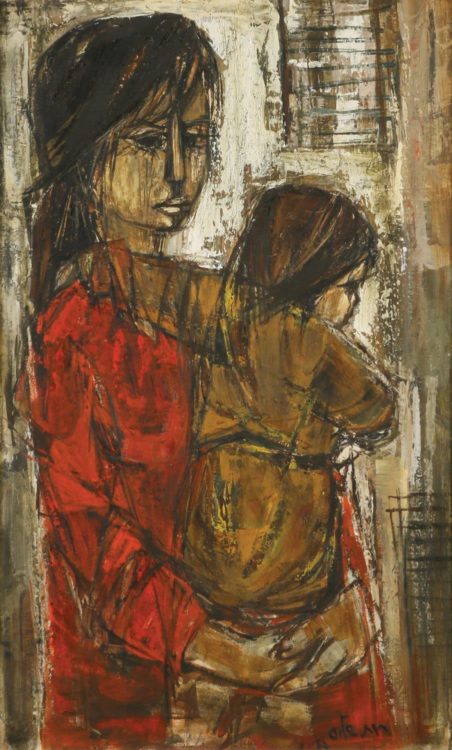 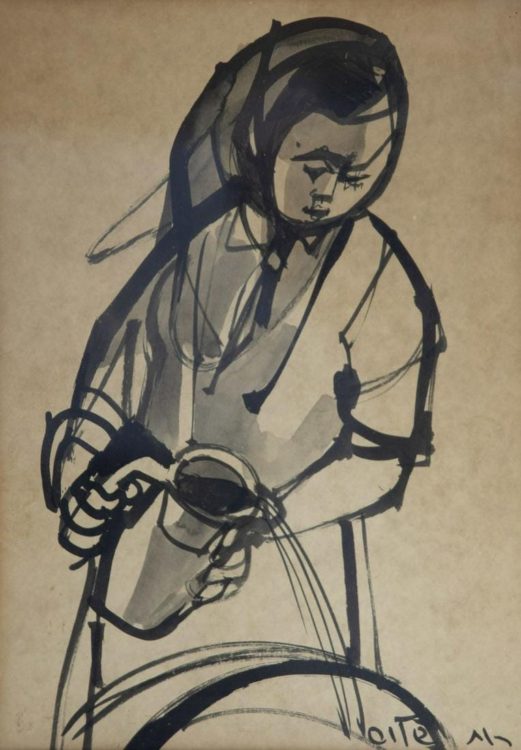 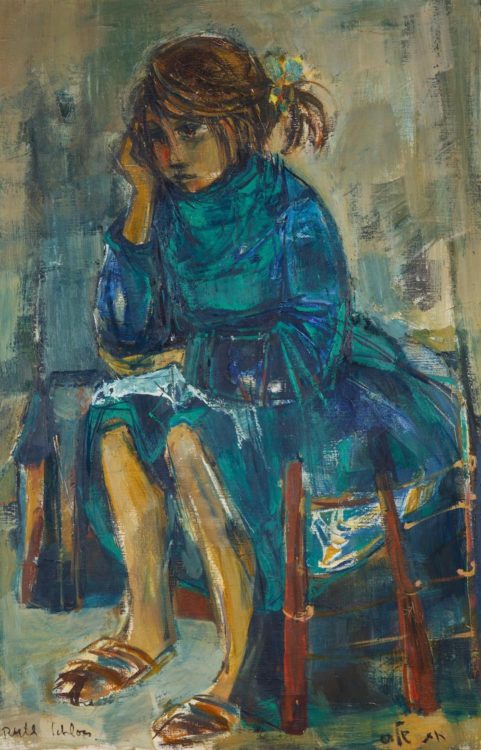 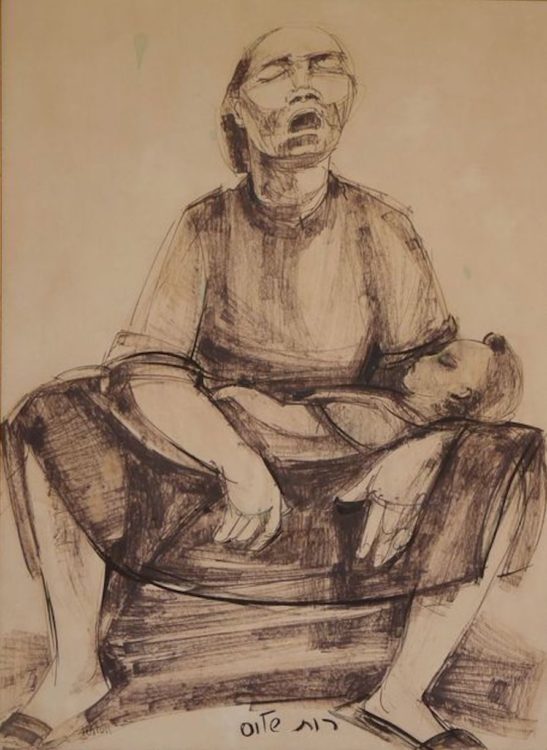