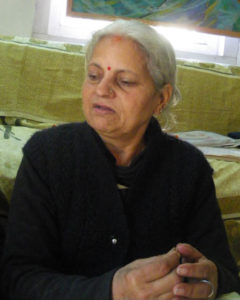 Shashikala Tiwari is one of the first internationally acknowledged Nepalese painters. Born to a family of educated Brahmins in the Bishalnagar district in Kathmandu, she began painting from a very young age, working early in the morning before leaving for school. She studied fine arts at the Maharaja Sayarijao University in Baroda, India. She defines her painting as “semi-impressionist”, as a “floating form” in which imagination merges with nature. Although her pictures are meant to depict her environment, they do so through the perspective of a remembrance process, in which Kathmandu Valley remains green under clear skies and surrounded with the dazzling peaks of the Himalayan mountains, where children play in the streets and gods walk the Earth. Reality is quite different now, but Tiwari still tries to “capture her memories” on canvas. Her two favourite pieces are Merging With Nature (1988) and Looking at My Valley (1988), but the very best, according to her, is When Seasons Change (1996), which is permanently exhibited at the Asian Art Museum in Japan.

Her paintings have been shown in many countries, including Germany, Great Britain, Japan, and Korea, but for Tiwari, who was trained in India, true recognition came when her works were shown at the famous Jehangir Art Gallery in Bombay in the 1990s. Tiwari collaborated with the art collector Sangeeta Thapa in 1987 to set up the Siddhartha Art Gallery, a venue dedicated to contemporary art and a meeting place for Nepalese artists. The gallery, located since 1997 in the beautifully restored Babarmahal Revisited Complex in Kathmandu, has since become a well-known artistic hub in South Asia. Tiwari also works on many other projects, such as painting for hospitals and exploring the therapeutic virtues of painting. She also plans to paint a series of pictures to illustrate Kalidasa’s famous Sanskrit literary work The Cloud Messenger: she is particularly moved by the inspiration found in the infinite variety of the shapes and colours of clouds. Tiwari has received many awards for her work. 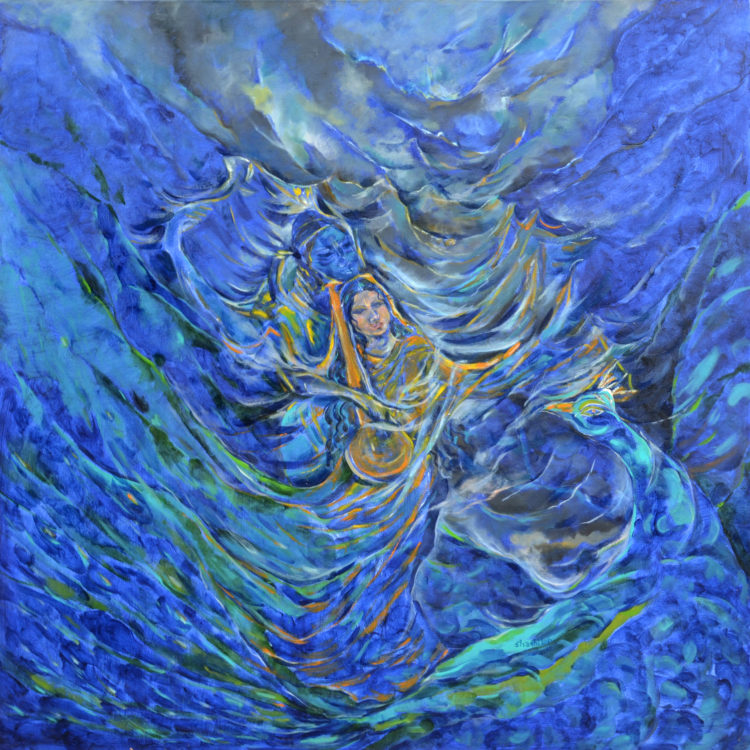 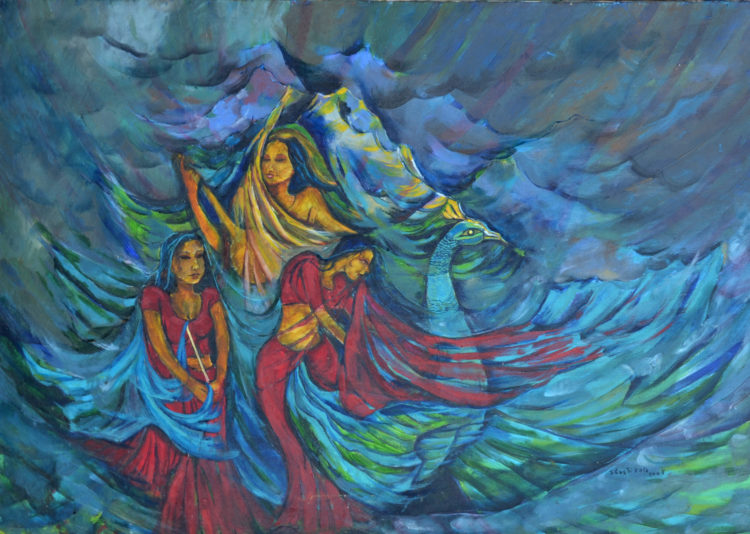 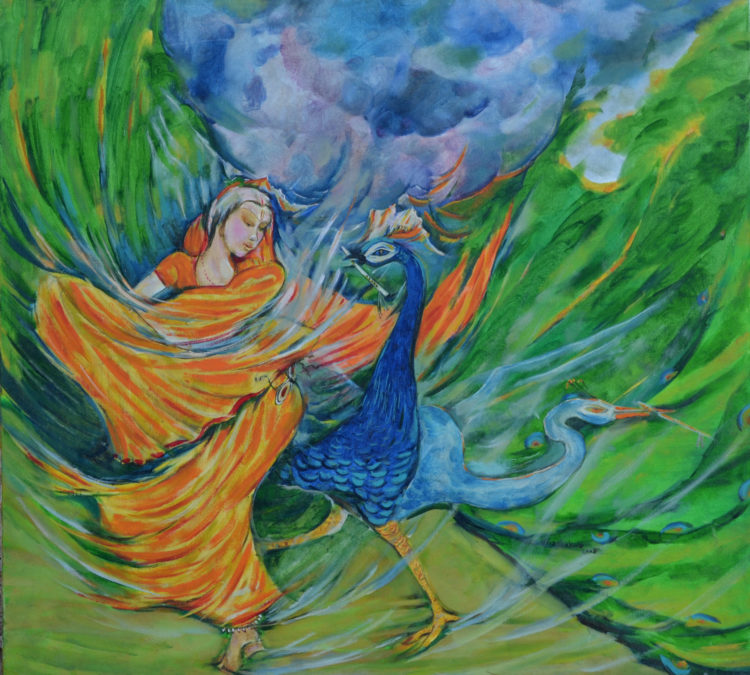 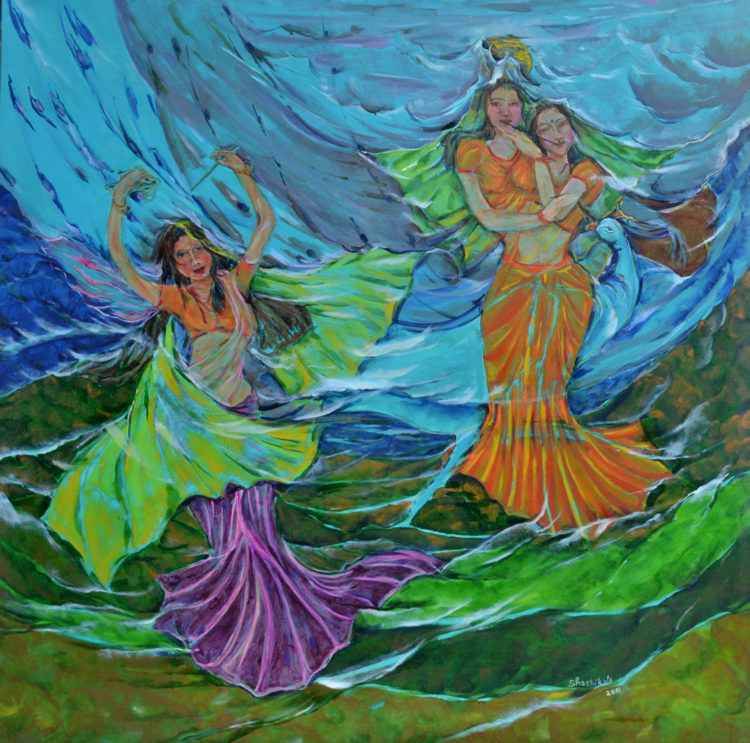 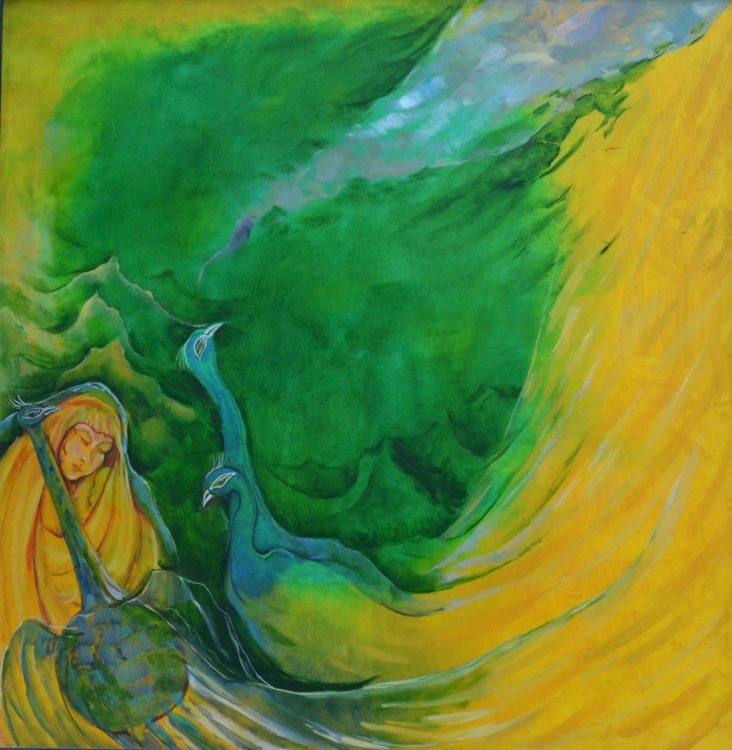 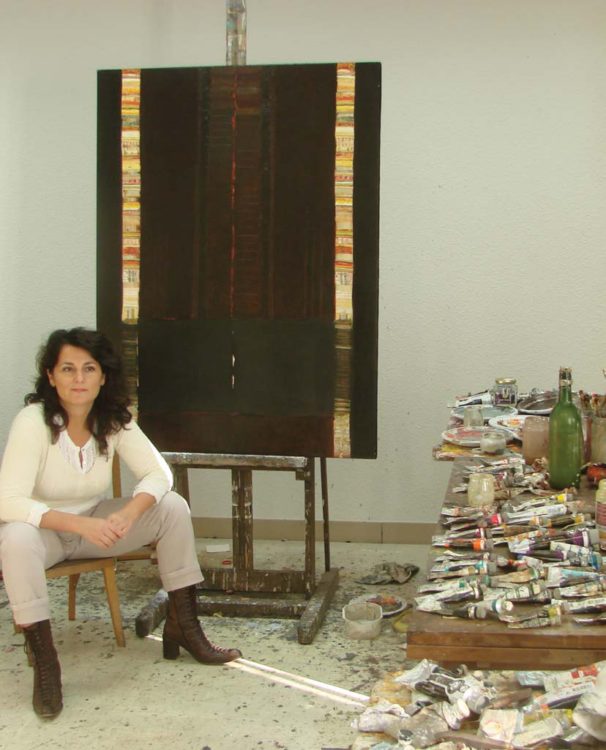