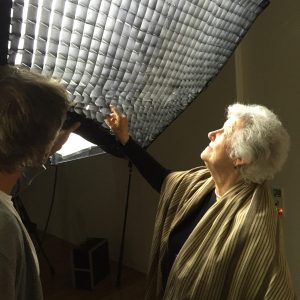 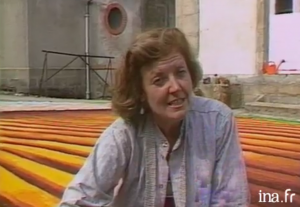 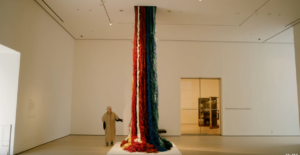 A student at Yale in the 1950s, Sheila Hicks took courses with the Bauhaus master, Josef Albers, from whom she gained knowledge of rigorous work with materials, combined with a keen sense of color. Her encounters with textile artist Anni Albers and professor of the History of Hispanic-American Art George Kubler, awakened her interest in textile arts. A trip to South America from 1957-1959 helped her discover different weaving techniques. From there, she created her first pieces on a small portable loom that she had built herself. Varying her patterns and materials at will, she wove miniatures of incredible depth and richness. These were displayed in 2006 in an exhibition entitled Weaving as Metaphor. Returning to New York in 1959, she defended her thesis on pre-Columbian textiles, before beginning a teaching position at the University of Mexico, where she taught color and design.

Meanwhile, she collaborated with architects Luis Barragán and Felix Candela, who opened her to the prospect of three-dimensional work. Most notably, she created Prayer Rug (1964), a mural made of fibers, created using a stun gun, combining traditional knowledge with industrial techniques. After teaching a seminar on textile arts at the Academy of Bath, Hicks opened the atelier des Grands-Augustins in Paris in 1964. While consulting for textile manufacturers in India and Morocco, she sought to give her creations a more sculptural dimension (Sejjada, 1971). In the 1980s, she created pieces from fabrics filled with history, like hospital sheets or soldiers’ uniforms. For example, Back From the Front (1979) is an “endless column” formed by the accumulation of uniforms of Israeli soldiers. With strong conceptual rigor and a freedom of style, Hicks contributes to the revolution in textile arts by building links between art and craft. From her Paris studio, the artist continues her exploration of the infinite structural possibilities of textile arts with her series Papillon (1997), or through the design in 2001 of a theatre curtain for the Cultural Center of Gunma Kiryu, in Japan. 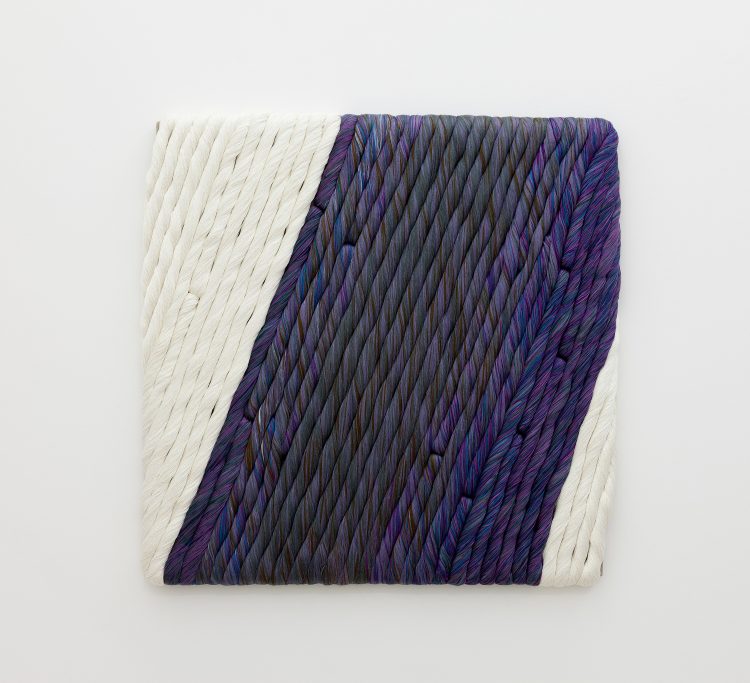 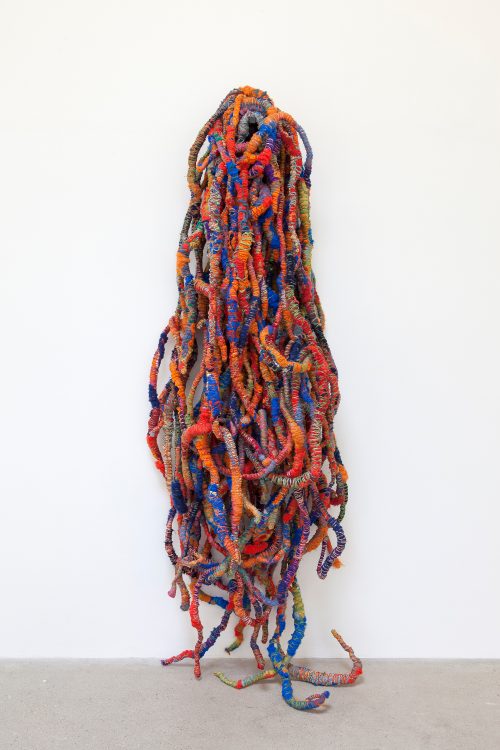 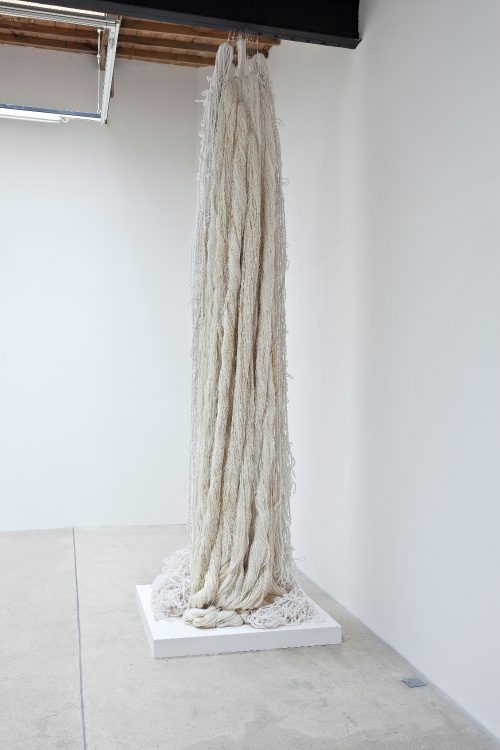 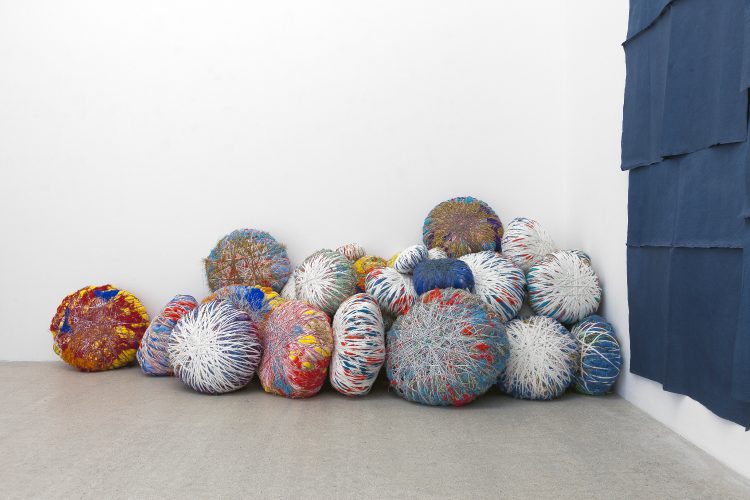 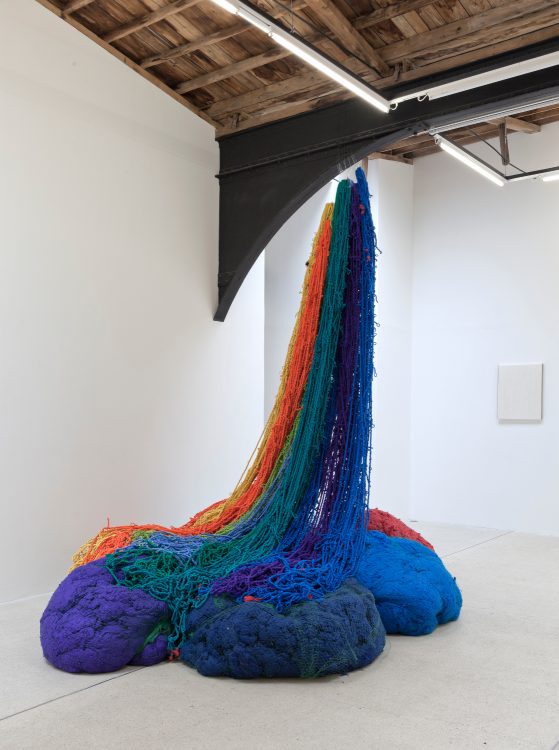 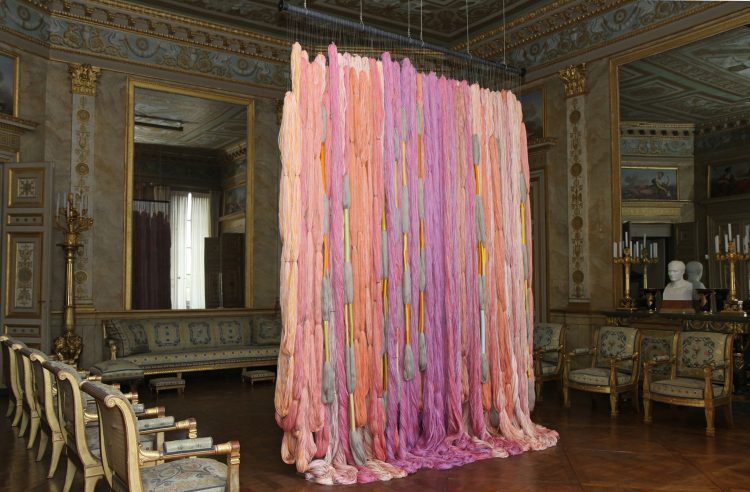 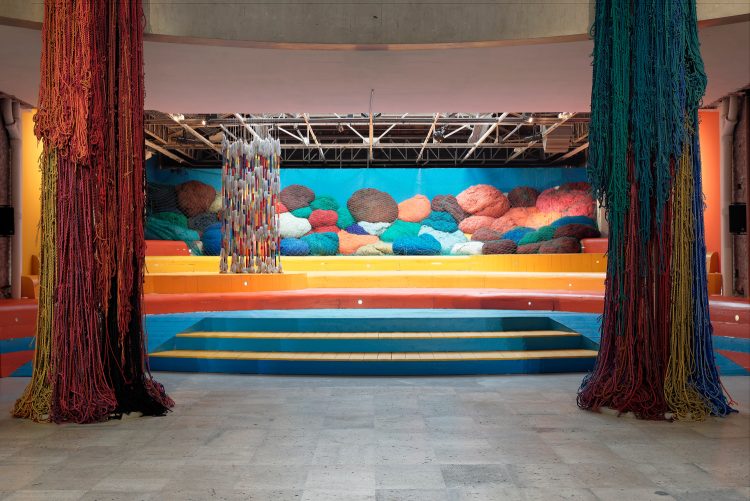 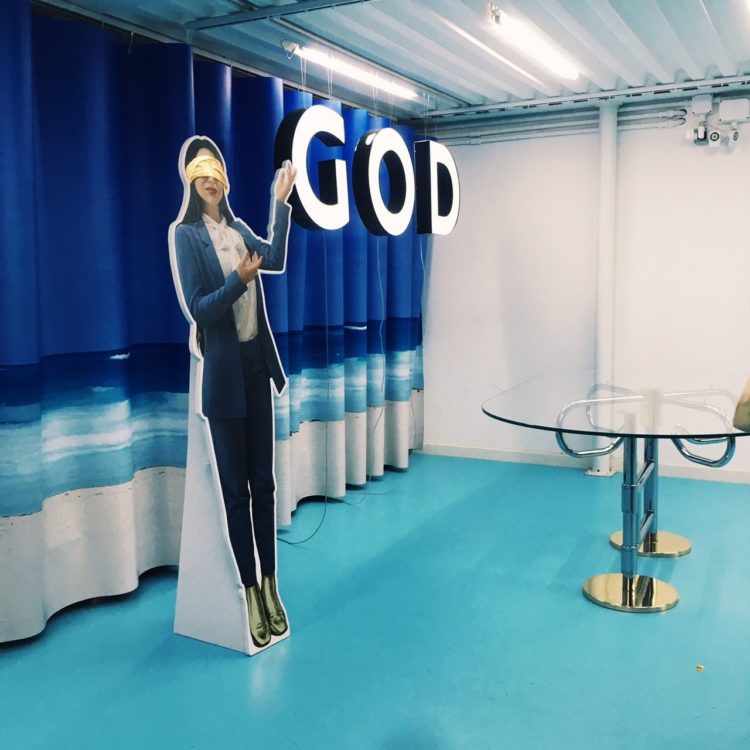 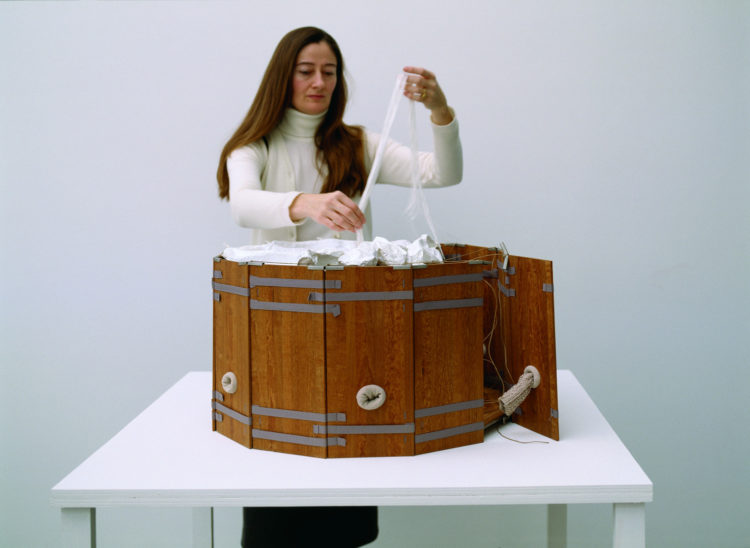