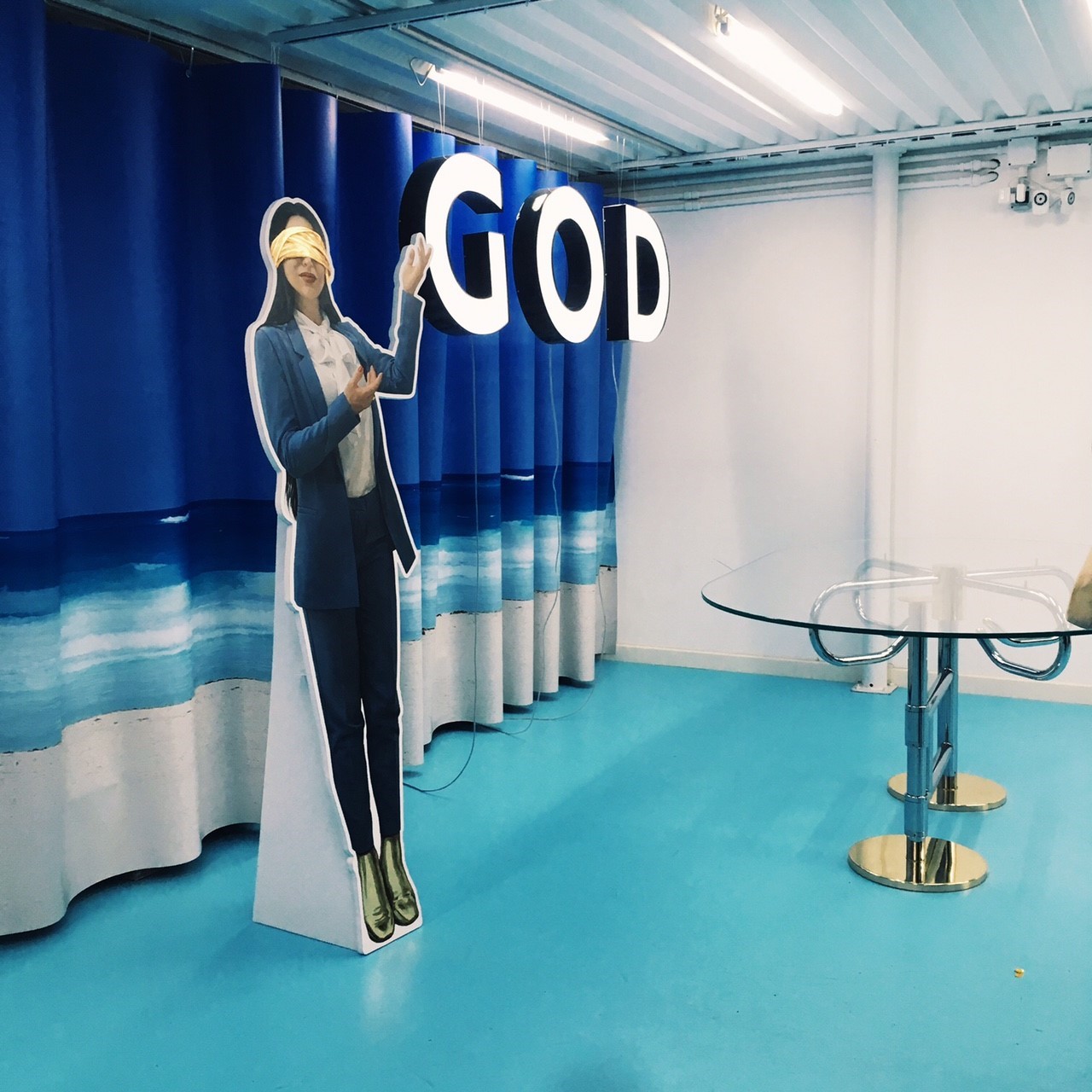 For this 2017 fair, MiArt, which is a new arrival in the landscape of international contemporary art fairs, managed to come up with a programme which was interesting in both its different “focus sections” and in its “extramural” sections. But what about its representation of women artists?

If the number of women artists being shown by the galleries was, as ever, fewer than the number of male artists, numerous exceptions make the rule. Among the Italian galleries, let us mention the works of Elizabeth McAlpine, cinematic sediments (Rita Urso, ArtopiaGallery), Sissi, Diario di un ventre scavato (Galleria Tiziana Di Caro) and the five artists on view in the SpazioA gallery: Dina Danish, Esther Kläs, Giulia Cenci, Katarina Zdjelar et Chiara Camoni, whose Senza Titolo (Laocoonte) was, incidentally, selected by the Fondazione Fiera Milano. Others still, such as LIA RUMMA, showed more international and historical works, with Marina Abramović’s Artist Portrait with a Candle (2012) and THE KITCHEN V Carrying Milk (2009). 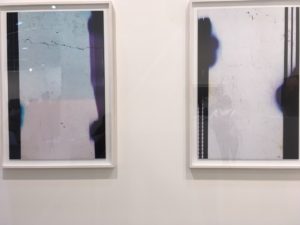 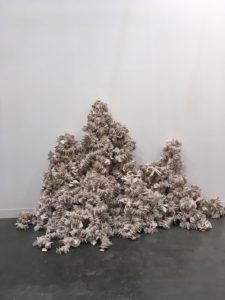 While many galleries were trying to restore a balance, there was a lot of resistance. We may in particular note this in the “emerging” category where, if certain galleries asserted their desire to promote women artists, they were still twice as few as men (11 women as compared with 23 men in the 20 corners). So the Be Art Prize for Emergent Art went to the Parisian gallery pact, presenting the artists Amy Brener and Manuel Scano Larrazàbal, which was more broadly striving to promote women artists. A special mention must go to the Ribot stand, the only completely female one, with Lorenza Boisi and Kaye Donachie. There was also Alona Rodeh, an Israeli artist being presented by Grimmuseum (Berlin), who examines the visual and acoustic expressions of security (at both personal and collective scales) through sculptures, videos, installations, photographs and performances (Safe and Sound Poster Series) ; and Stefania Batoeva (EmalinGallery), Sarah Faux (Stems Gallery), Gina Folly (ErmesErmes), Hella Gerlach (Acappella, also presenting the mixed twosome Pennacchio Argentato), Janina Mcquoid (BFA – Boatos Fine Arts), and Vivien Zhang (House of Egorn). 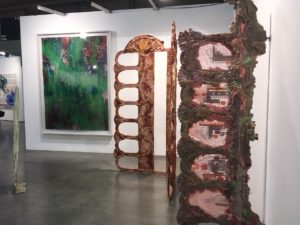 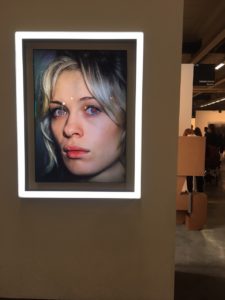 MiArt did its utmost to present nothing less than a curatorial proposal, by Douglas Fogle and Nicola Lees, with the “generation” section, where twelve galleries created a dialogue between two artists of different generations for a shared hanging, giving rise to an encounter between historical works and new experiments. The lack of mixedness in the twosomes may be regrettable, but three of the six are female – this gave Sheila Hicks a chance to encounter Fernanda Gomes, Ruth Wolf-Rehefeld and Anna-Bella Papp were paired, as were Barbara Kasten and Jessica Stockholder, under the respective aegis of the Alison Jacques Gallery (London), ChertLüdde (Berlin), Bortolami and the Galleria Raffaella Cortese (winner of the Fidenza Village Prize for Generations).

Lastly, “On demand” was a cross-disciplinary section which encouraged galleries to show site-specific works (installations, wall-drawings, performances, etc), perforce activated by those owning them. For Oda Albera, in charge of special projects and the link with exhibitors, what was involved was asserting that the fact of collecting introduces a form of responsibility.1 So 22 artists were singled out among all those present at the fair; among them, only six were women: Nathalie Du Pasquier (Apalazzo gallery), Lena Henke (Galerie Emanuel Layr), Meris Angioletti (Otto Zoo), Lucy Harvey (Anthony Reynolds Gallery), Karin Lehmann (Federica Schiavo Gallery) and Chiara Camoni (SpazioA). 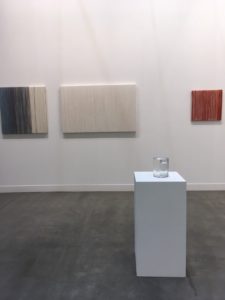 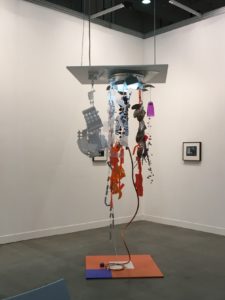 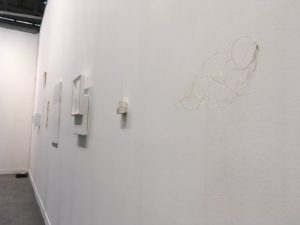 Extramurally, the MiArt’s programme was rich; so ECAL, in the exhibition More Rules for Modern Life, curated by John M. Armleder, showed works by his students questioning the boundary between art and decoration. A mainly female exhibition (20 out of the 29 works on view) where the works formed an almost inseparable ensemble was a coherent and almost total artwork. Likewise, GOD, an exhibition by the Atelier Biagetti, proposed an impertinent and pertinent analysis of the obsessions of contemporary society through an immersive experimental design project, curated by Maria Cristina Didero.2 It explored the issue of money by way of deliberately kitsch participatory installations, nothing less than a temple to the new idol of the 21st Century, where the visitor was invited to become one of the priests, carrying out the different rites: an exam involving stock prices, purchases, hope and possession.

By way of conclusion, there was a subtle report for gender equality at MiArt: if the fair had 250 works by female artists3 and if several galleries were deliberately working for greater parity, women were still in a minority when compared with male artists. We may nevertheless ask ourselves if this is something of a surprise, in view of the lack of interest in parity in curatorial teams, where women are indeed rare.