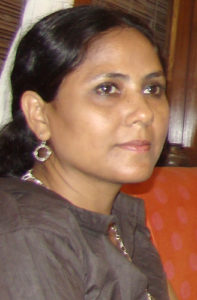 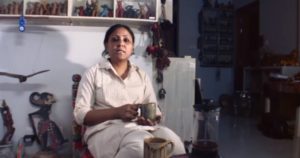 The sculptures, videos and paintings of Tayeba Begum Lipi (MFA University of Dhaka 1993) critique gender roles and gender-based structural violence in Bangladesh. In 2002 Lipi and her husband, artist Mahbubur Rahman, founded Britto Arts Trust, Bangladesh’s first artist-run non-profit organization, which mentors emerging artists. In 2011 Lipi and Rahman established the first Bangladesh National Pavilion, at the fifty-fourth Venice Biennale.
Lipi’s first major exhibition, “Toys Watching Toys”, for which she collaborated with Rahman, was held at Dhaka’s Alliance Française in 2002. Featured artworks addressed gendered identity in an increasingly Islamist Bangladesh. In one installation burqa-clad mannequins bearing fiberglass casts of Lipi’s head faced an oil on canvas self-portrait tryptic of the artist, in which she appears unveiled and wearing make-up. The two “Lipis” observed each other suspiciously, each questioning the other’s identity and alliances.
The artist again interrogated gender roles in her video I Wed Myself (2010), premiered at the 2011 Venice Biennale. It features Lipi performing pre-wedding preparations as both bride and groom. In embodying both genders, she acknowledges the fluidity of her own gender, thereby challenging gender hierarchies inherent in institutions of religion, marriage, and family.

Lipi continued her explorations of the instability of gender with the multi-media Reversal Reality (2015), exhibited at Britto’s “Cross Casting” in Dhaka and the India Art Fair. The project critiqued the marginalization of transgender people in Bangladesh. A video featured images of Lipi’s cisgender life juxtaposed with those of a transgender Bangladeshi woman. Reversal Reality also featured feminine personal effects, including high heels and a purse, fashioned from safety pins, and a sarcophagus of razorblades, the latter a reference to the high rate of suicide among the transgender community.
Lipi began constructing life-sized sculptures out of safety pins and razorblades in 2011. In her most celebrated work, Love Bed (2012, permanent collection of the Solomon R. Guggenheim Museum), hundreds of enlaced razorblades articulate a double bed. When Lipi was five years old she spied on her sister-in-law giving birth. As in many rural Bangladeshi households, a midwife was called to perform the delivery at home, and Lipi recalls the sight of the umbilical cord being cut with a razorblade in her work. The medium of Love Bed uncannily displaces the marital bed as a site of domesticity and intimacy – for rural Bangladeshi women it is a site where they risk their lives.

Safety pins too are profoundly significant signs in Lipi’s work. Her installation sculpture Comfy Bikinis (2012), first exhibited in her solo-exhibition “Never Been Intimate” at Pi Artworks, Istanbul, offers four bikinis comprised of safety pins. Like many women throughout South Asia, as a college student in Dhaka Lipi was groped on public buses. She defended herself by stabbing the anonymous hands with safety pins. While the bikinis initially appear seductive, their medium transforms them into armor – and a warning to would-be sexual predators. Lipi lives in Dhaka, where she continues to produce art that examines what it means to be a woman in a changing Bangladesh. 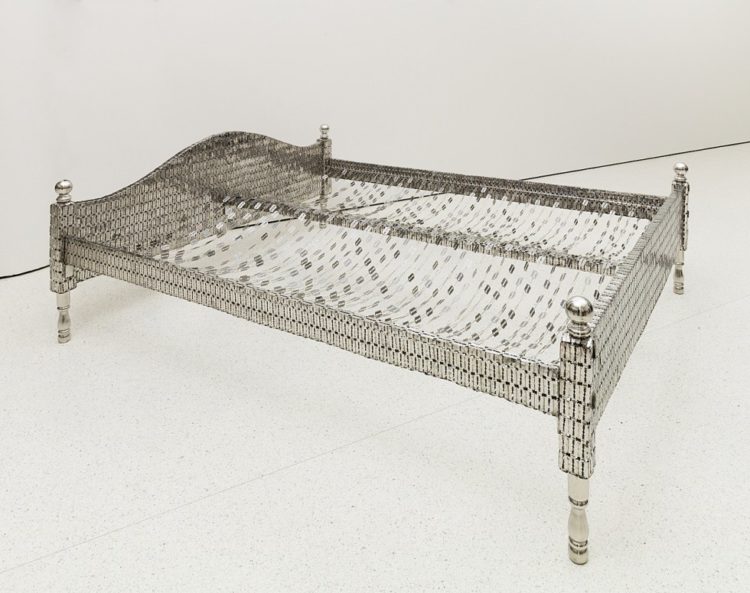 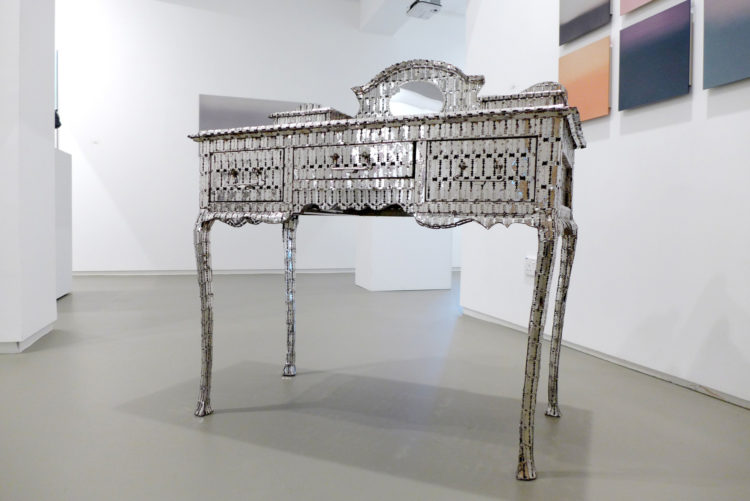 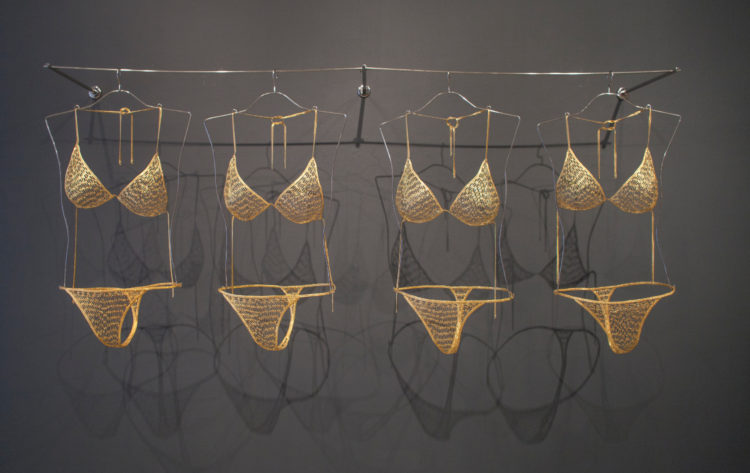 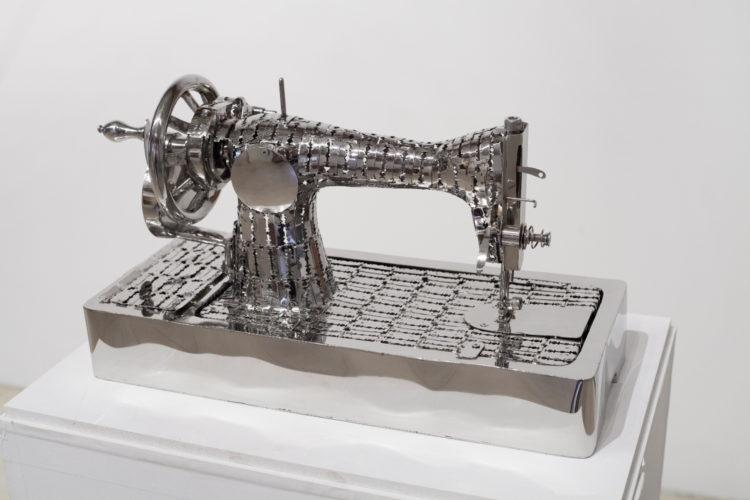 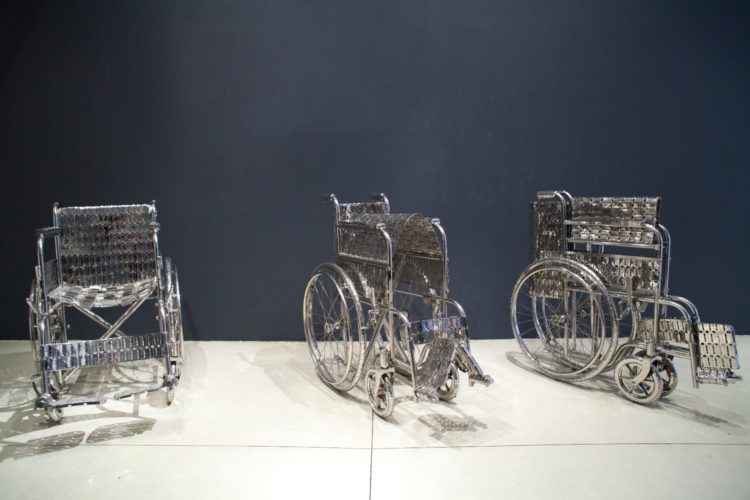 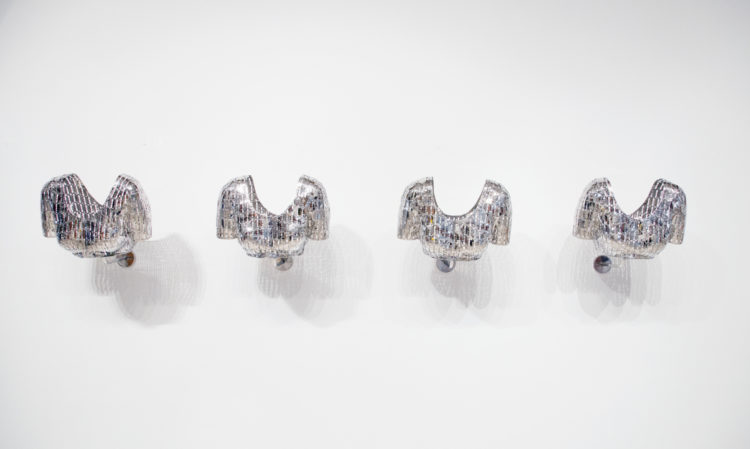 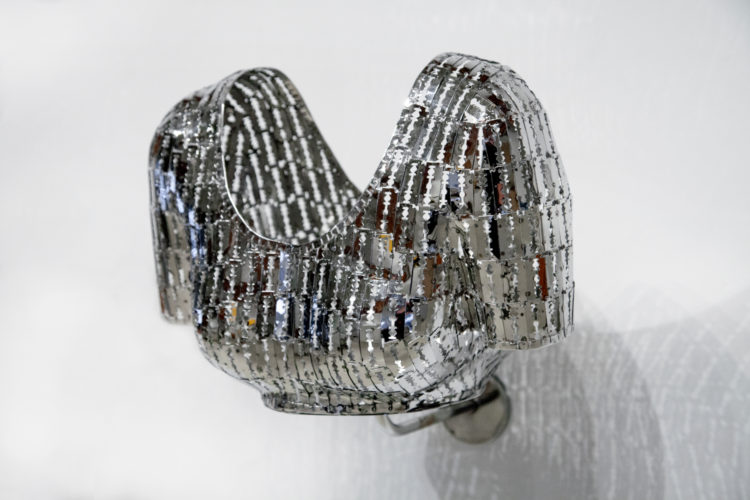 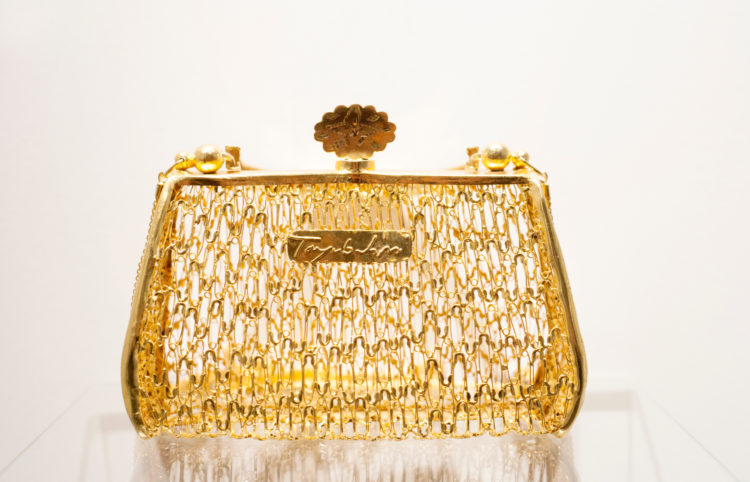 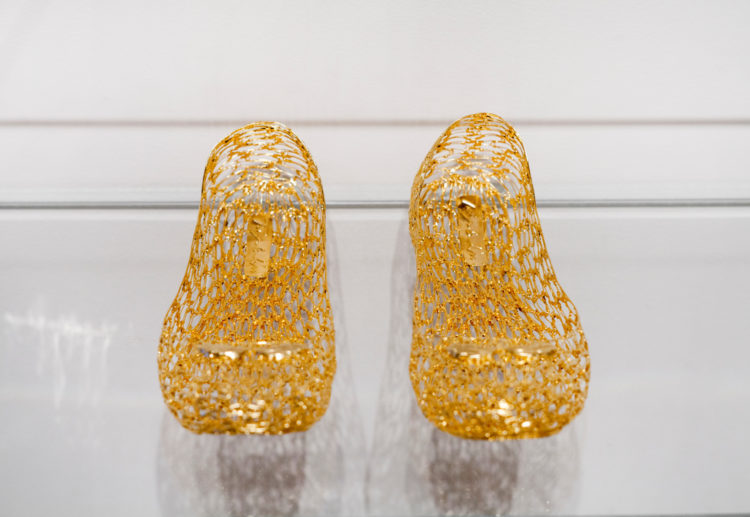