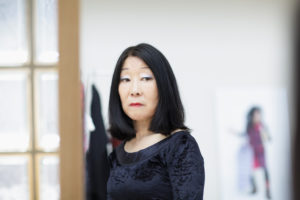 Tsuneko Taniuchi studied at Kobe College (Japan) and at the École Nationale Supérieure des Beaux-Arts in Paris. After spending several periods in New York between 1979 and 1984, she settled in Paris in 1987, where she still lives and works.
Her core practice revolves around performance, video, photography and installations. In 1995 she honed the concept of the ‘Micro-Event’, which unlike the ‘Macro-Event’ highlights everyday life through the prism of the individual. T. Taniuchi developed this concept as a way of rethinking the relations between viewer, work and artist, applying it throughout her oeuvre to focus on the notion of limits, not only in terms of art and reality but with reference to multiple identities, whether sexual, social or racial.

Her first Micro-Events highlighted the communication problems at the heart of a single social group and questioned the possibility of common languages (Micro-Event no. 1 /Ato no matsuri / Too Late, 1995; Micro-Event no. 6 /Berlin / Fast Food, 2000). Many of her works rebel against the shackles imposed on the individual by society. In Micro-Event no. 5 /Nine Female Characters (1999), this led her to explore different stereotypes of women imprisoned within their own roles, in order to envisage their possible emancipation in the context of the prevailing power systems.
A number of her works, performed in the public arena, directly confront the happenstance viewer. In 1998, for instance, in Micro-Event no. 8 /Public Action, she initiated an unauthorised action in a Parisian supermarket by posing as a housewife doing her shopping accompanied by two plastic dolls. Having reached the check-out she yelled that someone had stolen her wallet and papers, to the dismay of the staff and customers, who were unable to ascertain whether they were watching a genuine situation or an artistic creation. The unease triggered by disturbing mises en scène of this nature forces the viewer to take a stance in relation to otherness.
The destruction of her childhood home in the 1995 earthquake that devastated the region of Kobe inspired T. Taniuchi to initiate a project that called on autobiography but also questioned the social order. My Sentimental Journey (1997) is an installation comprising a slide show under canvas which not only echoes the loss of her ties to the past but also reveals the ambiguity of her relationship to her native country and to France.
The impact of her discovery of Was Geschah, nachdem Nora ihren Mann verlassen hatte oder Stützen der Gesellschaften [What Happened After Nora Left Her Husband or Pillars of Society, 1977] by feminist and winner of the Nobel Prize in Literature Elfriede Jelinek (the author’s rewriting of Henrik Ibsen), inspired T. Taniuchi to come up with a sequel: Nora taking on the guise of a homeless woman as a figure of emancipation (Plastic Bag Lady, 1995; The Collections of Nora, 1995; Micro-Event no. 12 /The Right to Housing, 2001).
In anticipation of the political argument in favour of same-sex marriage, the Micro-Events on the theme of weddings are undoubtedly the most significant and subversive of T. Taniuchi’s creations – at least before 2013, when the law came into force in France. Since 2002, the artist had in fact celebrated her union with over 290 partners representing the entire spectrum of sexual orientation, in venues as diverse and unexpected as museums, town halls and a caravan, in France and abroad. This oeuvre resulted in 2012 in an installation featured at MAC VAL – Musée d’Art Contemporain du Val-de-Marne (Vitry-sur-Seine) and in 2014 at the Maison Hermès Forum in Ginza, Tokyo.

Over the last ten years, the concept of ‘intersectional feminism’ instigated by Kimberlé Williams Crenshaw and that of ‘multiracial democracy’, linked to the postcolonial theories of Achille Mbembe, have become increasingly prevalent in the work of T. Taniuchi. She is currently exploring these themes through the medium of performances involving other protagonists of all genders, in order to transmit her vision of performance to younger artists and in an attempt to broaden the notion of the body to encompass social, political and economic factors (as in Micro-Event no. 50 /My Body is Political, 2018). 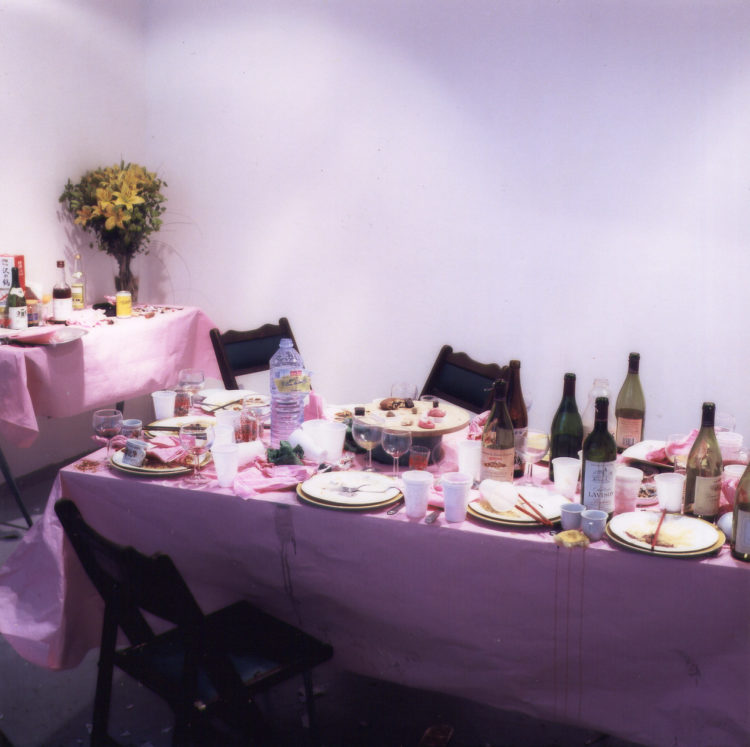 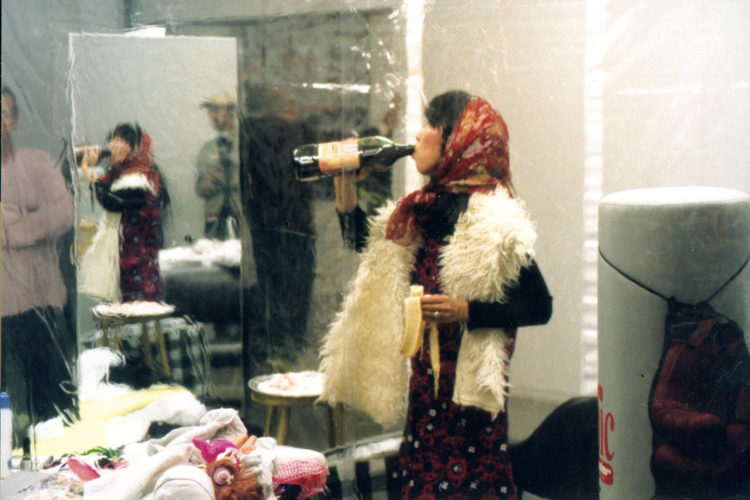 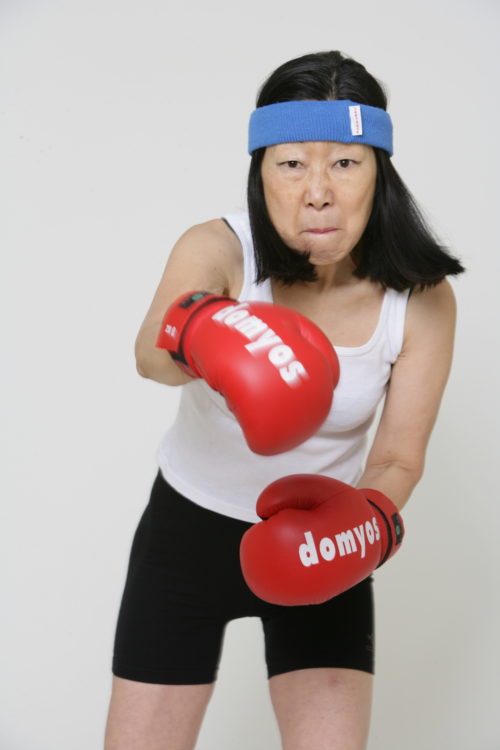 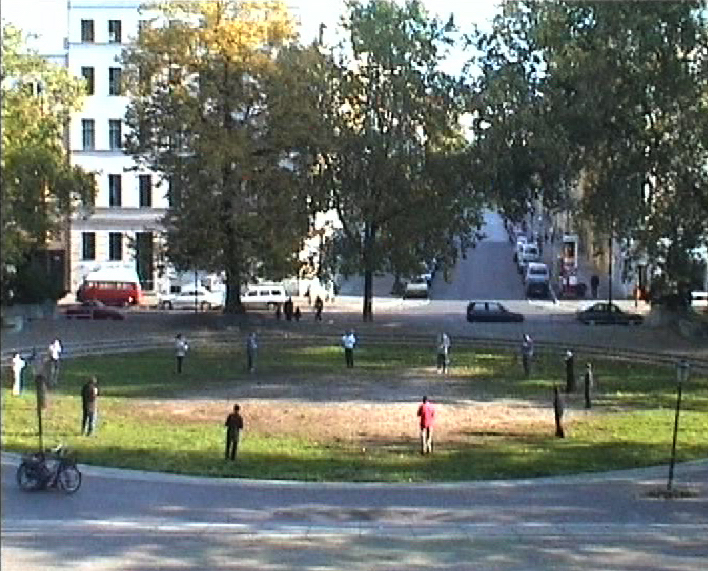 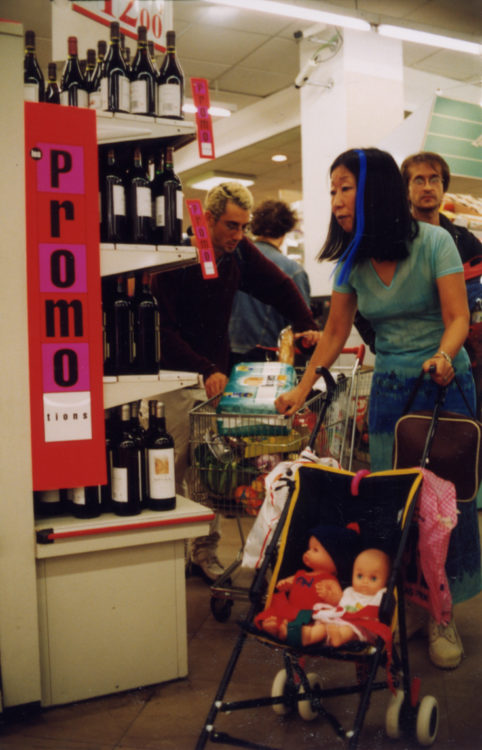 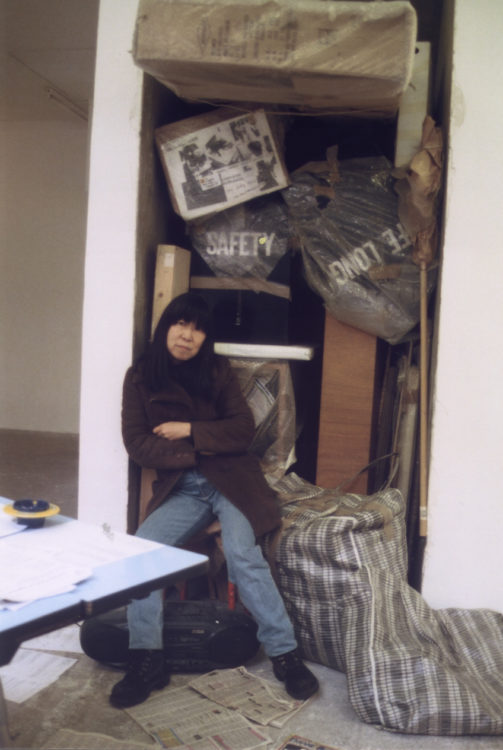 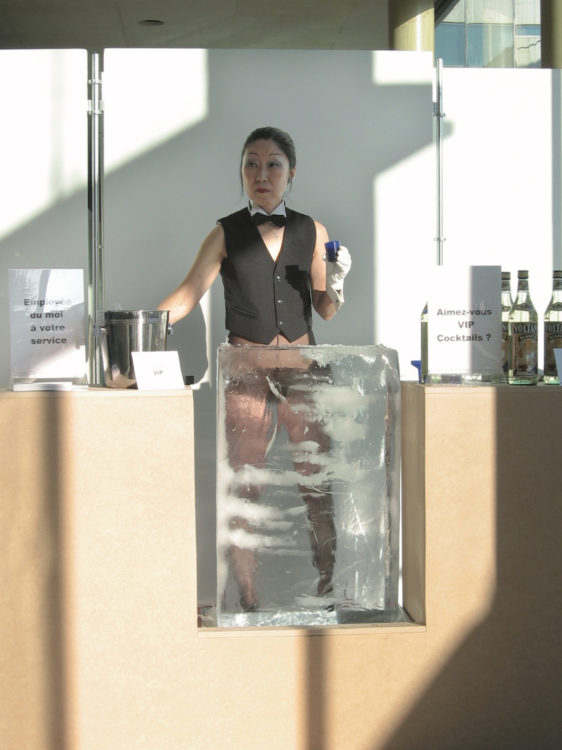 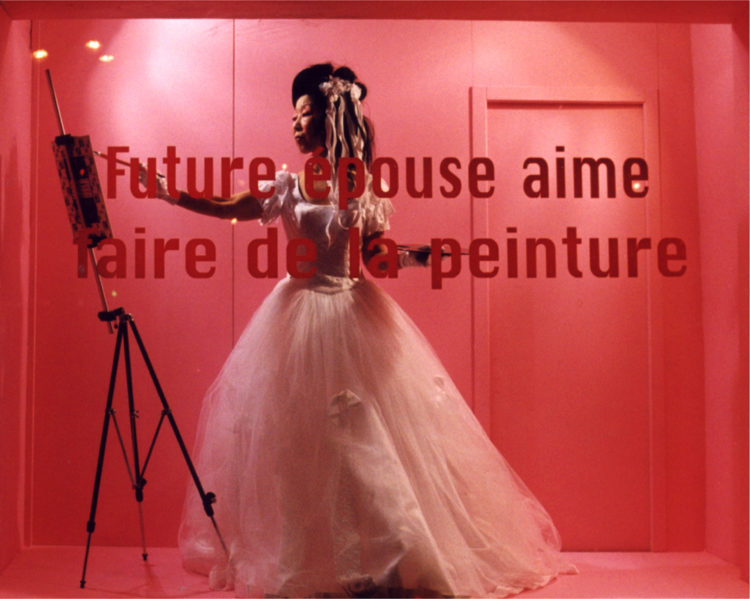 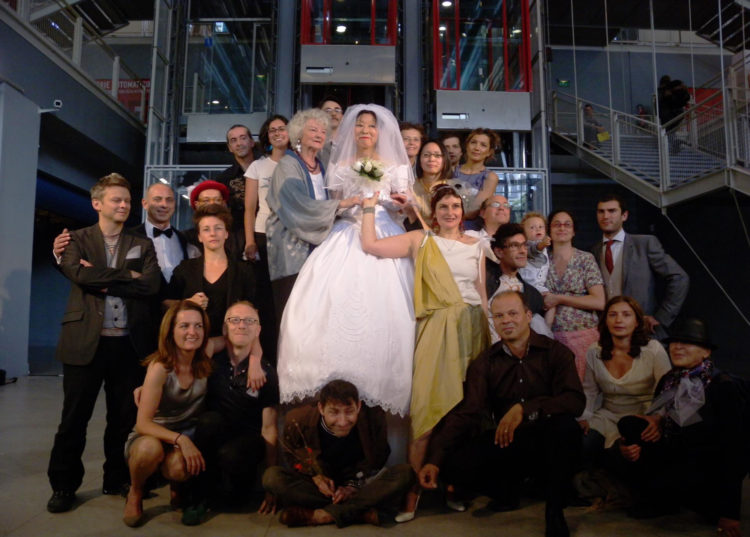 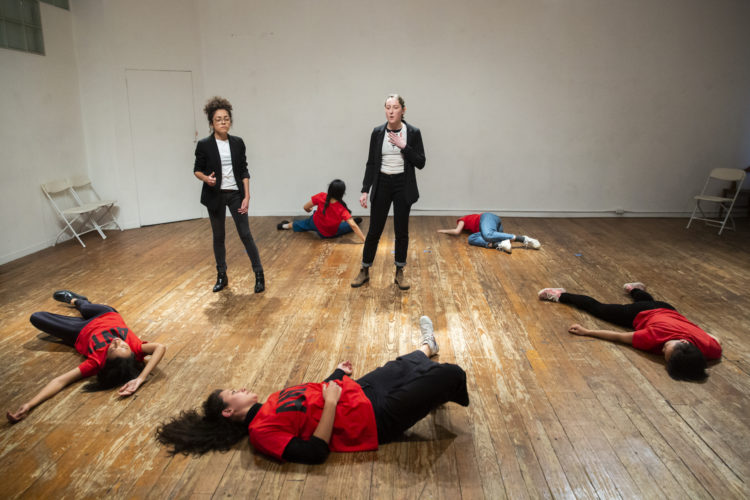 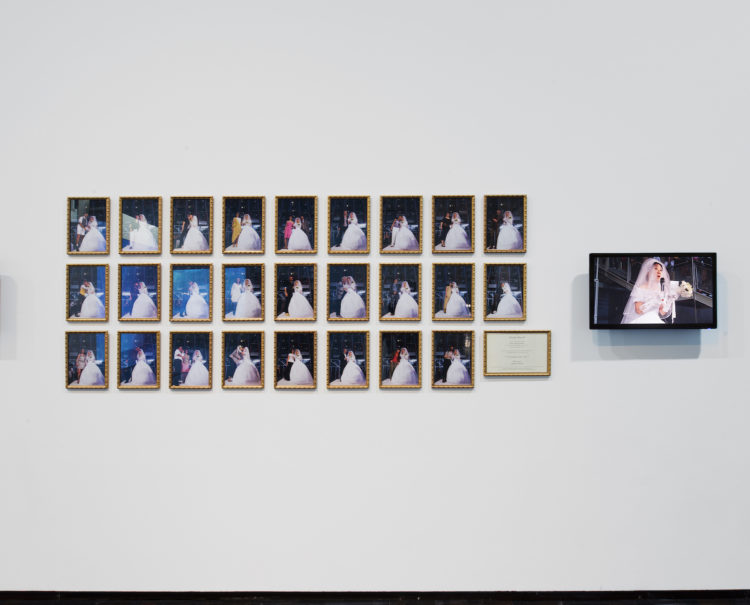 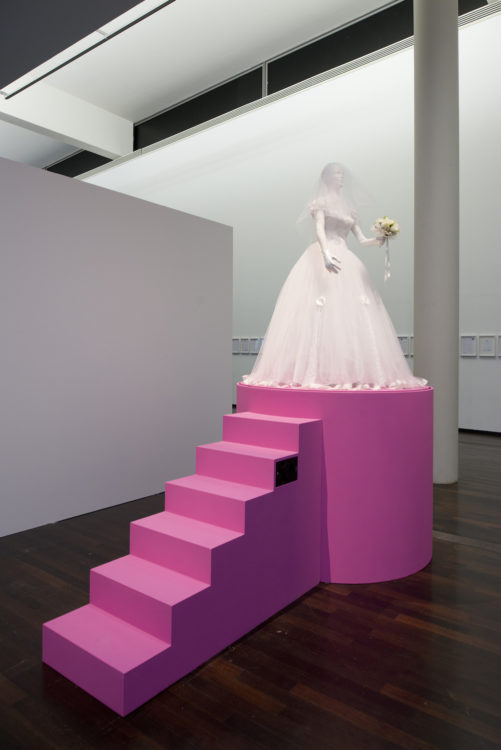 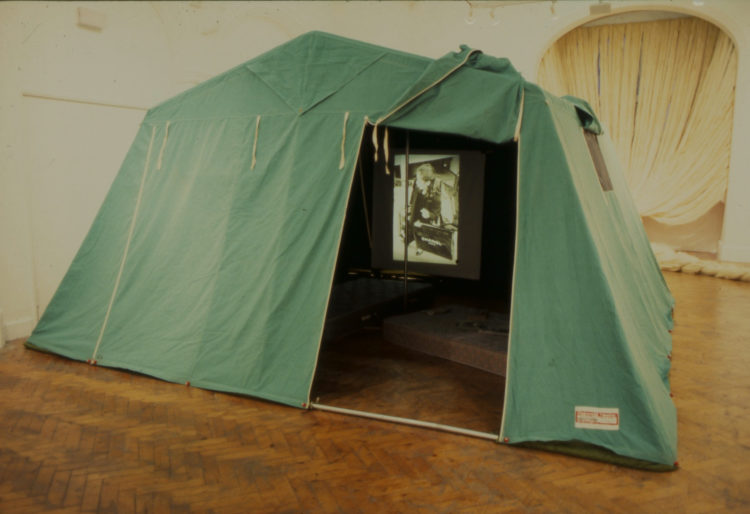