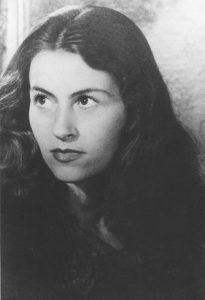 The name of Unica Zürn, the German author and artist who went into exile in Paris in 1953, together with Hans Bellmer, is associated with a most unusual oeuvre. Between writing and drawing with Indian ink, her body of work, markedly influenced by the Surrealist aesthetic and mental illness (the schizophrenia she suffered from until she threw herself out of a window, which was masterfully “illustrated” in L’Homme-Jasmin, 1971) shows a distinct liking for the intermedial praxis where verbal language is intertwined with pictorial language. The two media were used to raise multi-dimensional questions about the woman-self who, from Oracles et spectacles: quatorze poems-anagrammes et huit eaux-fortes (1954) to Vacances à Maison Blanche (1970), by way of Anagrammes (1953-1964), Le Blanc au point rouge (1959) and Sombre printemps (1969) was constructed through the narrative of her body. By projecting herself in other identities, and examining herself in various states of being through the writer’s pen and the draughtswoman’s keen eye, Zürn re-created herself as polymorphous subjectivity, formed by many different faces and personae, some of which are quite uncanny.

If Hans Bellmer encouraged Unica Zürn to write, it was as a draughtswoman and painter that she frequented postwar Parisian Surrealist circles. In 1959, she took part in the exhibition Eros at Daniel Cordier’s gallery, and attracted the backing and friendship of André Pieyre de Mandiargues, Max Ernst, and above all Henri Michaux. Her work as a draughtswoman—a dovetailing of stringy graphic forms in the shape of sparks, knots and eyes, a phantasmagorical bestiary of double and metamorphic creatures—was close to art brut. The exposition of her fantasies and morbid anxieties which she expressed in her works would find its full expression in her writings, where, with the cold concision of a clinical intelligence and the truth of a voice that had not been meddled with, she invented a writing style which explored desire, suffering and the throes of madness. 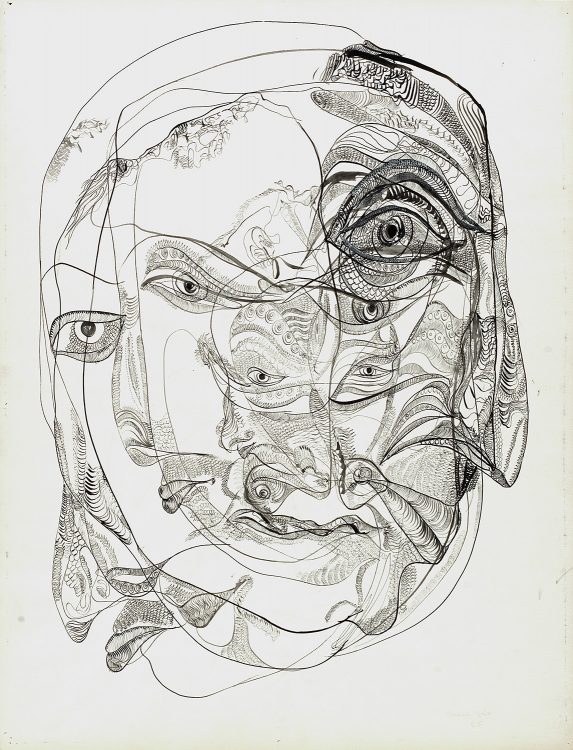 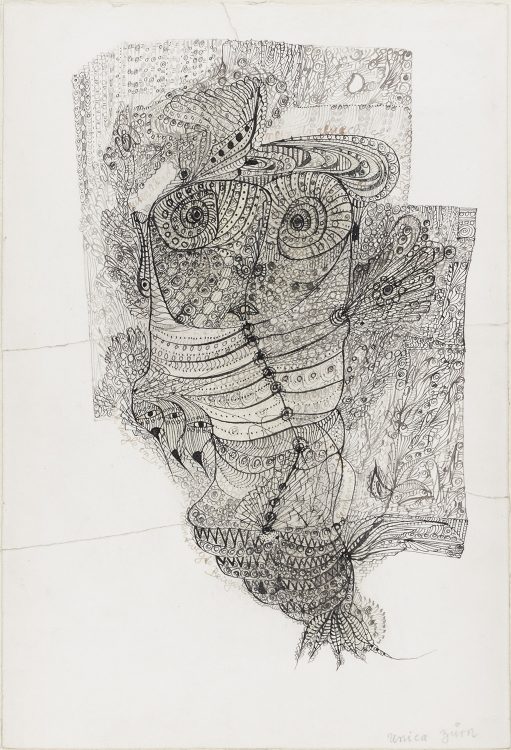 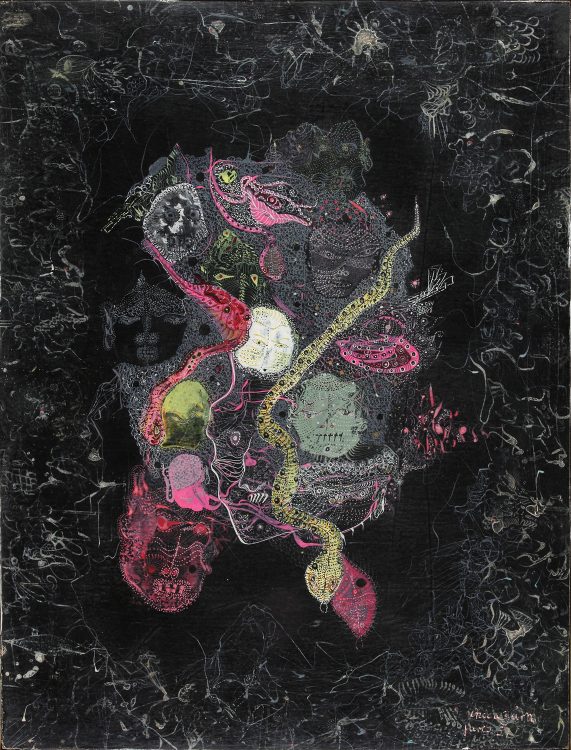 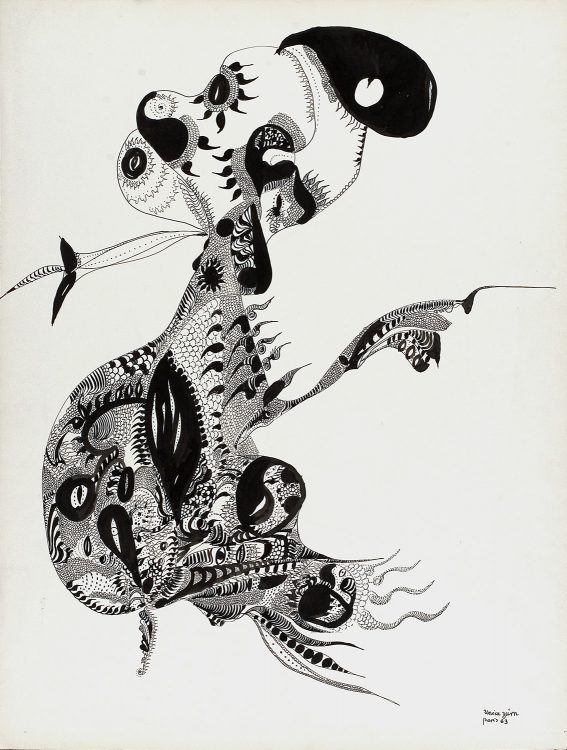 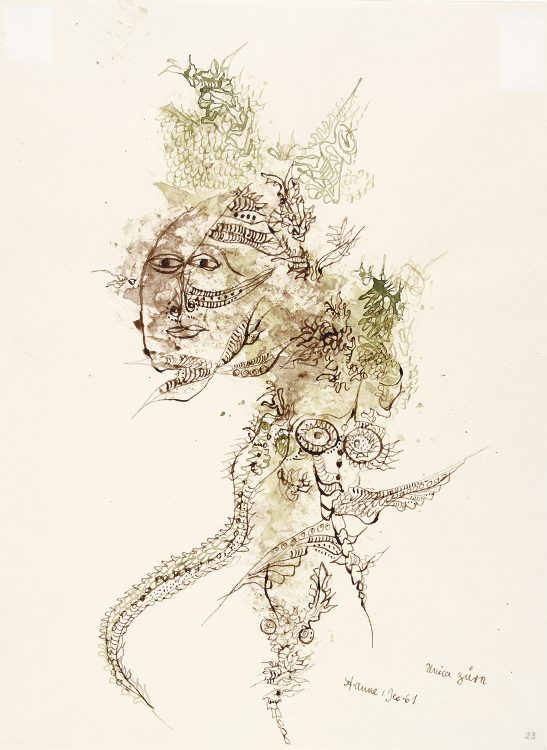 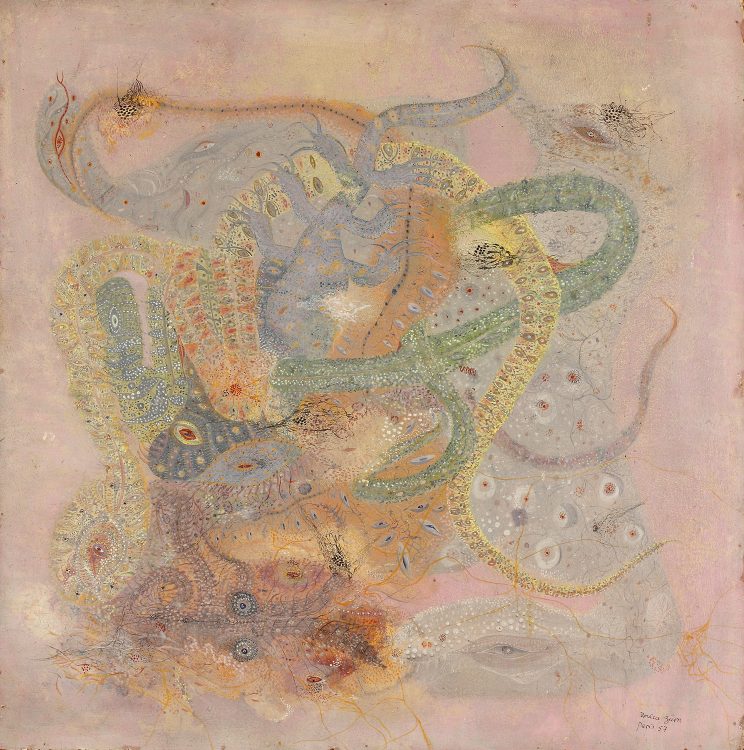 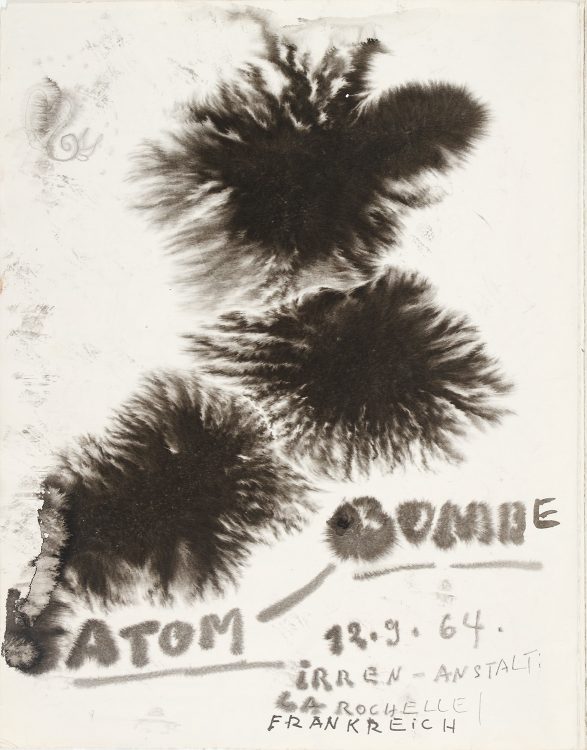 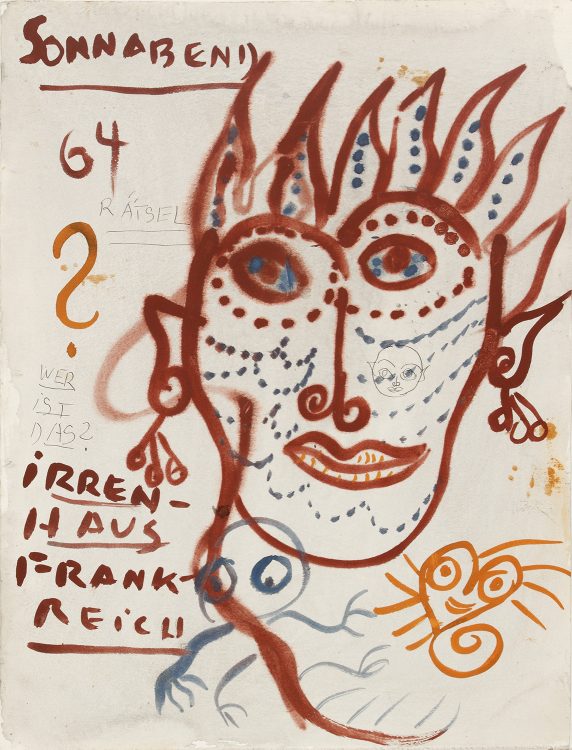 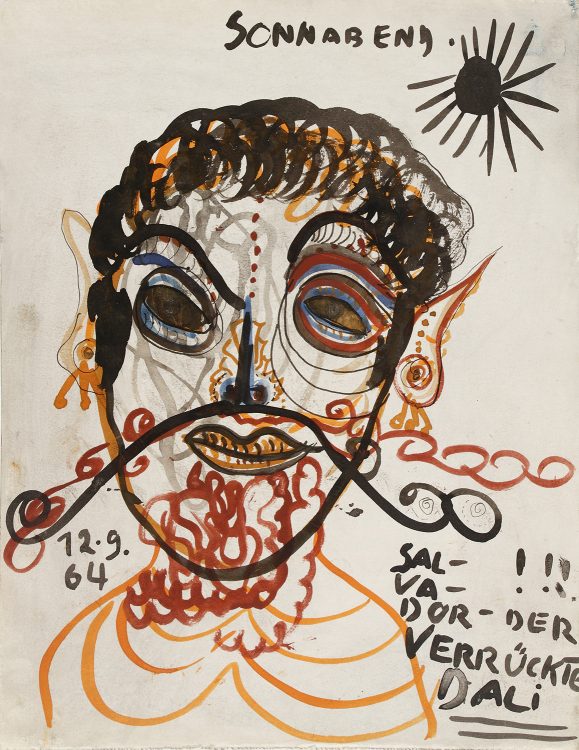 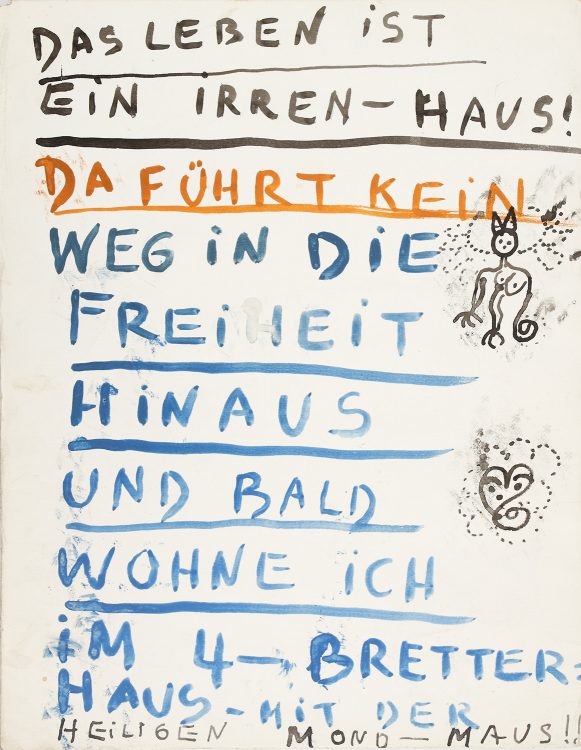 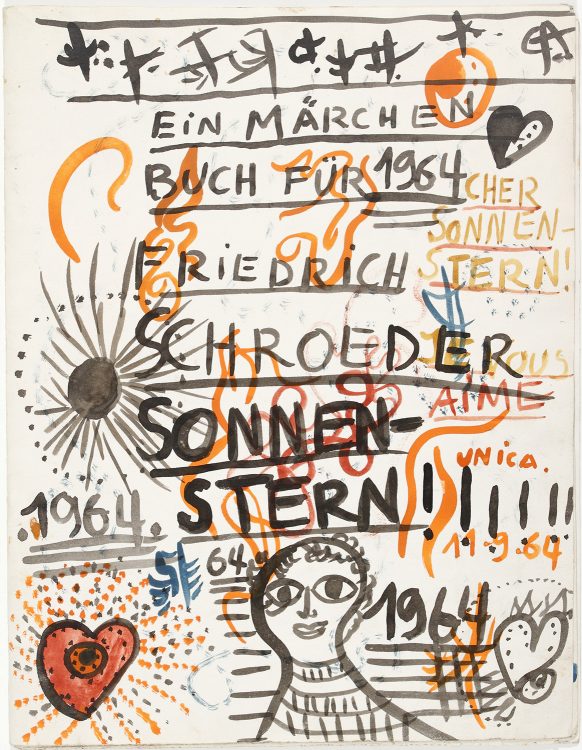