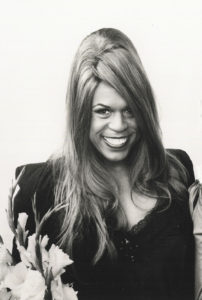 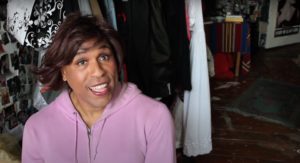 This is not a Dream | Vaginal Davis 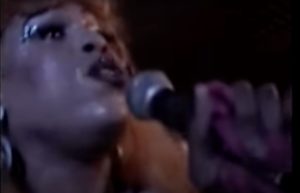 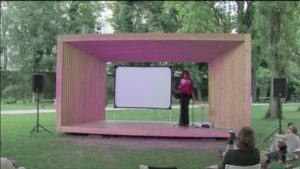 Vaginal “Creme” Davis initially made a name for herself in the late 1970s on the Los Angeles club circuit. The first in her family to attend college, she adopted a pseudonym to reflect her Afro-American activism and pay tribute to Black Panther Angela Davis. Vaginal Davis traces her chosen identity to a critique of the macho protagonists of the Black political movement, attributing the origins of her intersex persona to a one-night stand between her father, a 21-year-old Mexican-born American Jew, and her mother, a 45-year-old Afro-American, during a Ray Charles concert at the Hollywood Palladium.
Poet and author of the fanzine Fertile La Toyah Jackson Magazine, she also launched several bands. Although her performances were rooted in punk rock, she has parodied and challenged its heterosexual, white bias in an approach that heralded the queercore movement. The first performance of the Sexualese Liberation Front, We’re Taking Over, in the early 1980s, highlighted a group known as the Afro Sisters, three performers who threatened the white capitalist elite with kidnapping and sodomy by brandishing “big black dildos”.

In the 1990s she enhanced her visibility in the speed metal group Pedro, Muriel and Esther (PME) by depicting Clarence, a white supremacist singer with a penchant for firearms, and through her album The White to Be Angry (1998). Assembled from scenes of found footage gleaned from American TV channels, against a narrative backdrop recounting the queer fantasies of a young Angelino skinhead, the eponymous 1999 film summed up the satire of mainstream American values that have become the hallmark of Vaginal Davis’s career.

Describing her work as “terrorist drag”, in contrast to mainstream transvestism and its complacent acceptance of dominant white, binary cultures, in her artistic practice Vaginal Davis stands as one of the pioneers of “disidentification”, as theorised by José Esteban Muñoz: a form of dissidence of identity that enables queer, racialised artists to distance themselves from labels of gender, race or class by triggering an uncomfortable desire to “subvert the social fabric”.

With its radical intersectional agenda, the work of Vaginal Davis has gradually come to encompass a broad spectrum of media, a hybrid mix of both sub- and dominant cultures. This is borne out in her recent paintings, made with nail varnish, make-up and hair products on recycled paper (invitations, cereal packets, etc.).
In the context of her exhibition An Invitation to the Dance (2018), Vaginal Davis retraced the female history of modern dance through a series of paintings. The project revived the legend of Ada Smith (known as Bricktop), the Afro-American queen of the Parisian music-hall scene, another incarnation of Vaginal Davis, stemming from her “Bricktop” themed nights in Los Angeles, before her move to Berlin in 2006. Yet another example of the artist’s ongoing embodiment of living, polysemic, contradictory figures from pop culture, turning her into a true “organic intellectual” with ties to a variety of social groups. 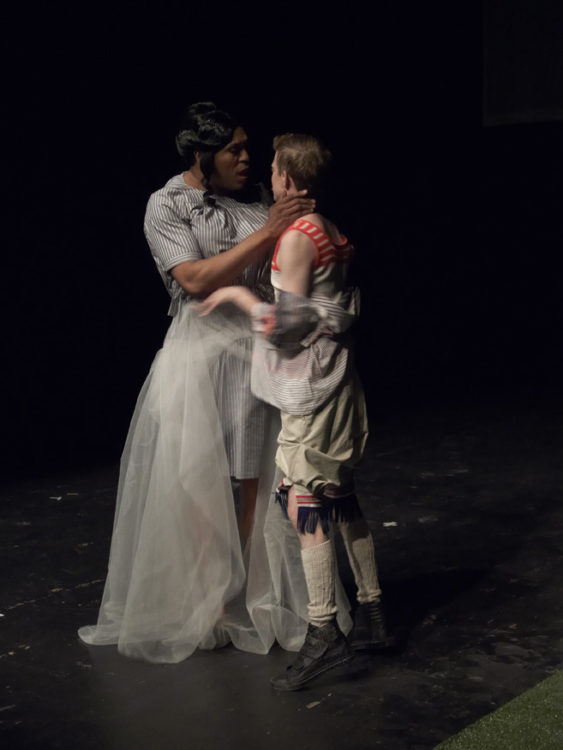 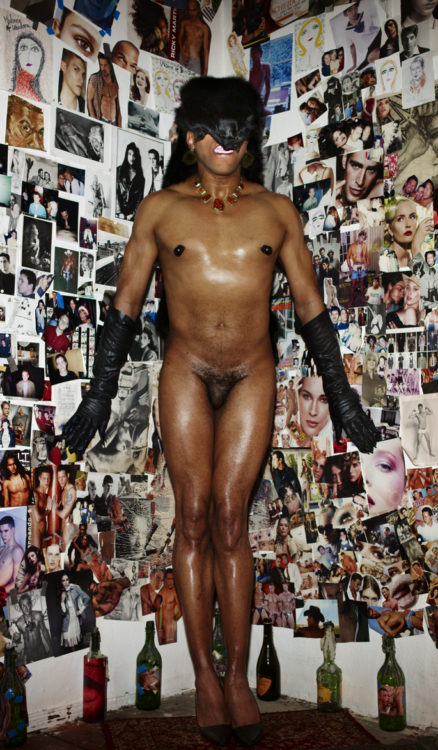 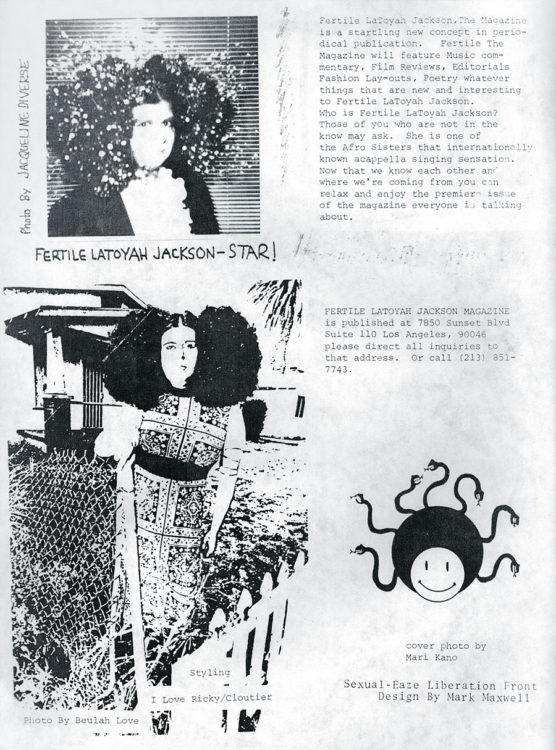 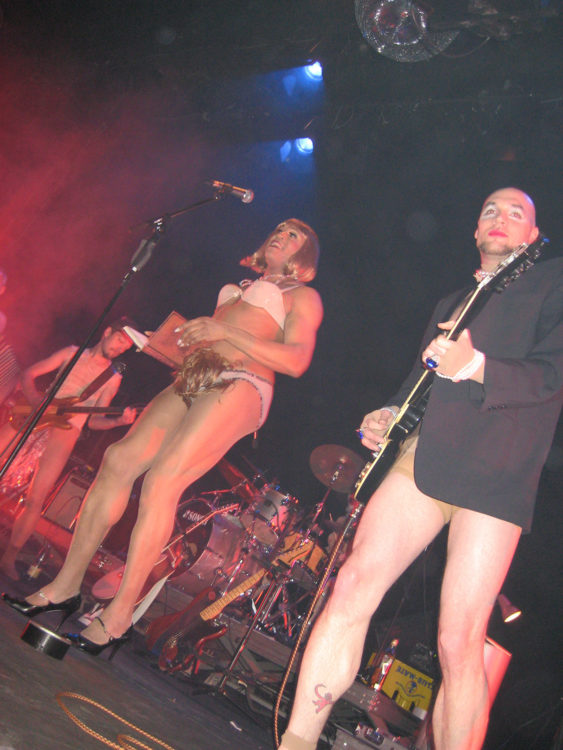 Vaginal Davis, You too can Be Like Us-Ruth Fischer, The Post Political Art Band, live performance at Re-Educate Festival HAU2 in Berlin, January 19, 2008 © Photo: by Tim Stüttkin 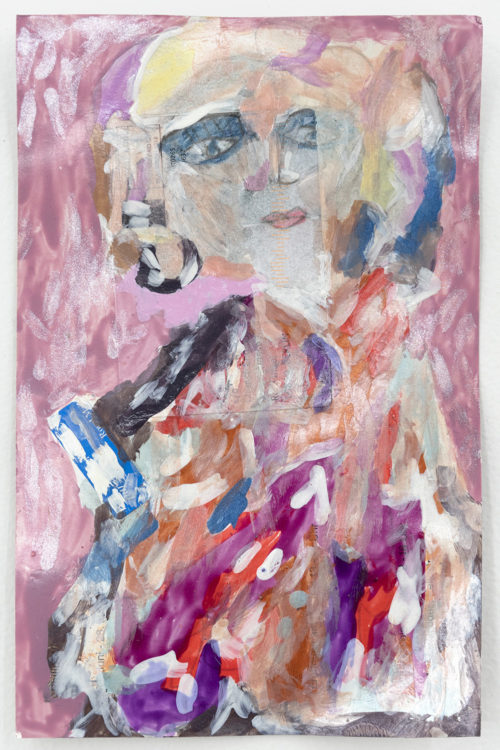 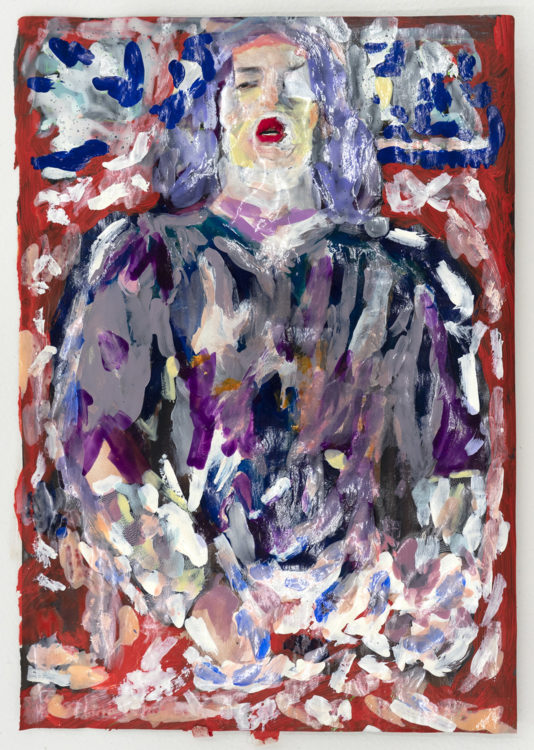 “If the female function is not enough to define woman, and if we also reject the explanation of t... Read more
Artists
Discover other artists