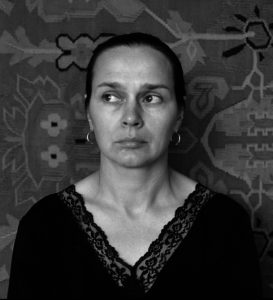 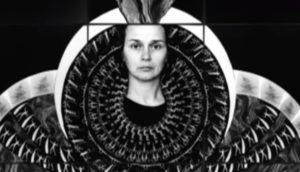 At the end of her studies at the Warsaw Academy of Fine Arts, Zofia Kulik founded, alongside Przemysław Kwiek, the KwieKulik duo, a group active in the Polish and international conceptual art scenes from 1971 and 1987. They were particularly well-known for their performance pieces, films, and photographic works, which were principally influenced by the theory of the “open shape” developed by Oskar Hansen (1922-2005), a Polish architect and theorist who considered the documentation of the process of the production of a work to be more important than the finished work itself. At the start of their collaboration, they intermingled their private daily lives with the symbols of the totalitarian Polish regime, particularly in the series of photographs and slides Actions with Dobromierz (1972-1974), for which their son portrayed the main character. In its eagerness to exhibit personal and political ideology within a domestic environment, the work is emblematic of the history of feminism in Eastern Europe – a feminism very different from that of the Western world, as it does not condemn the home as a prison that isolates women but defends it as one of the only places where women could show resistance to the communist regime.

At the same time, Kulik and Kwiek founded PDDiU (“workshop for artistic activities, documentation, and popularisation”) in their Warsaw atelier, a sort of private, alternative institution where they organised exhibitions and compiled a large and unique documentation on the new Polish avant-garde – a vital source of information for any historian of art. They used their works to criticise the communist government, earning them a ban on travel in 1975. During the same period, they developed their mail art projects (“postal art”). After 1987, Kulik devoted herself to her solo work and started a series of photomontages, often made up of black and white motifs that called to mind stained glass windows and oriental carpets. She revealed her taste for centred compositions, symmetry, order, multiplication, and figurative decoration, and applied a kaleidoscopic procedure, in particular in her numerous life-size self-portraits, in which she is seen dressed in garments made from hundreds of miniature photographs of bodies. (Gorgeousness of the Self, 1997). To this day, she continues to present her perspective on feminism, through her works. 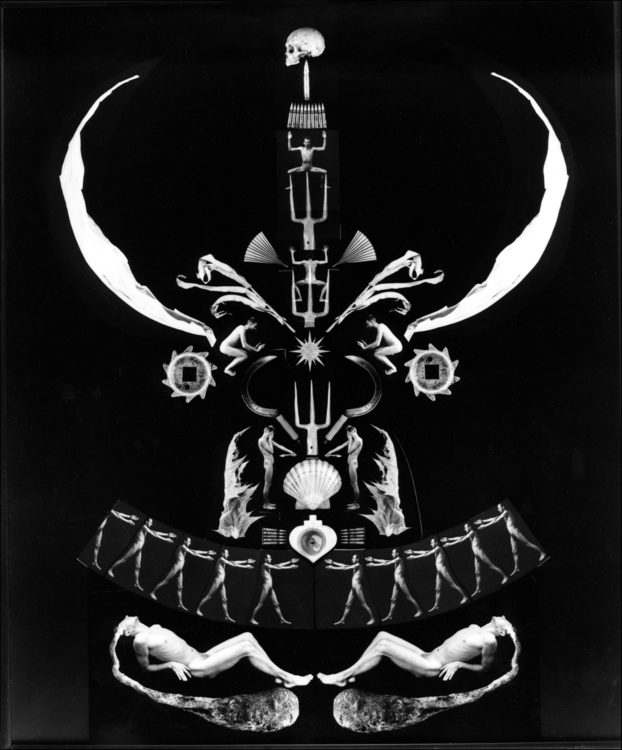 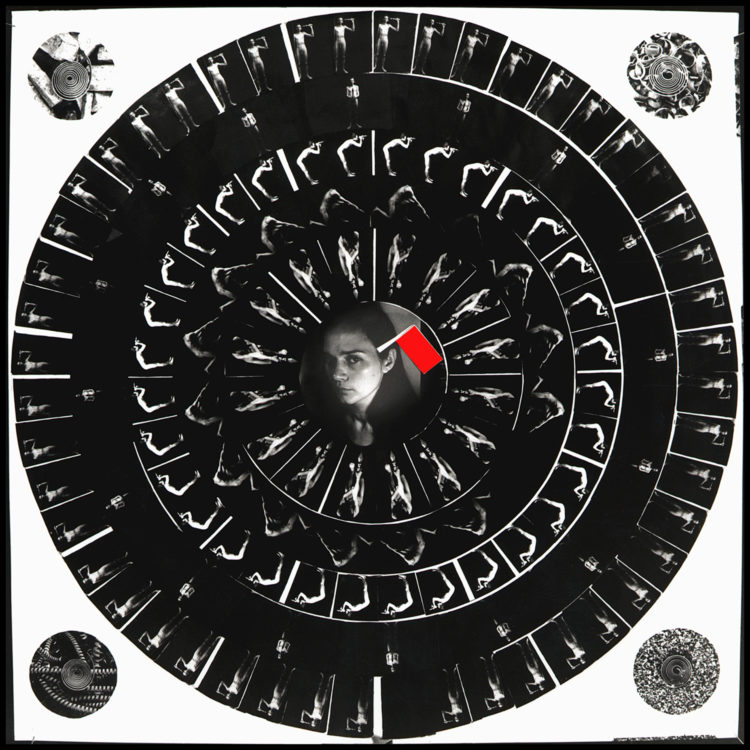 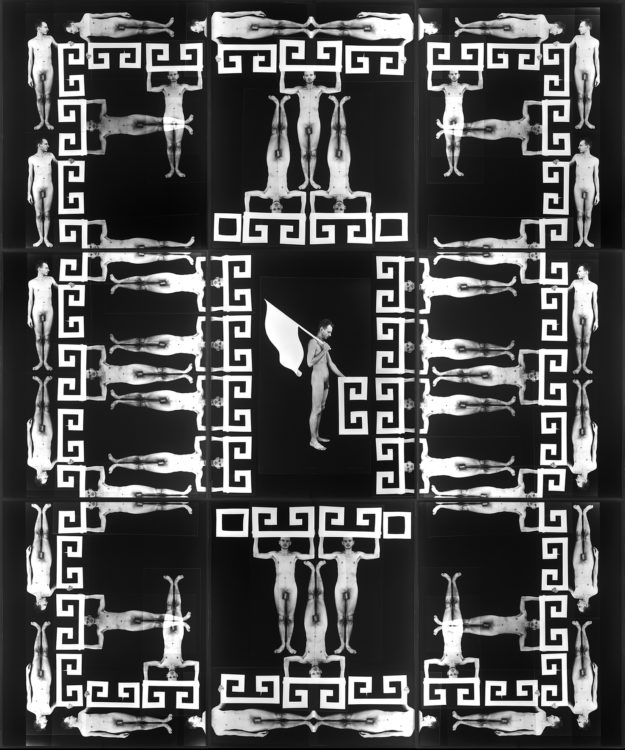 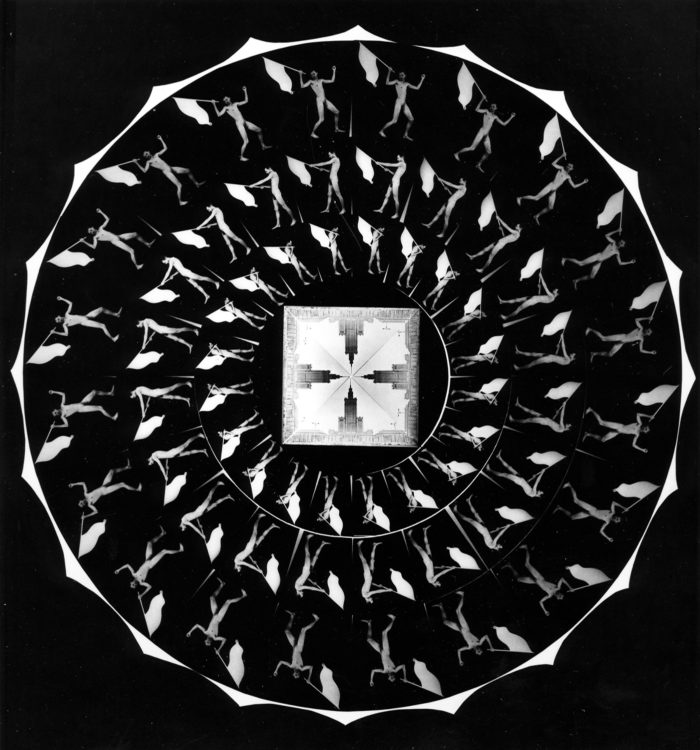 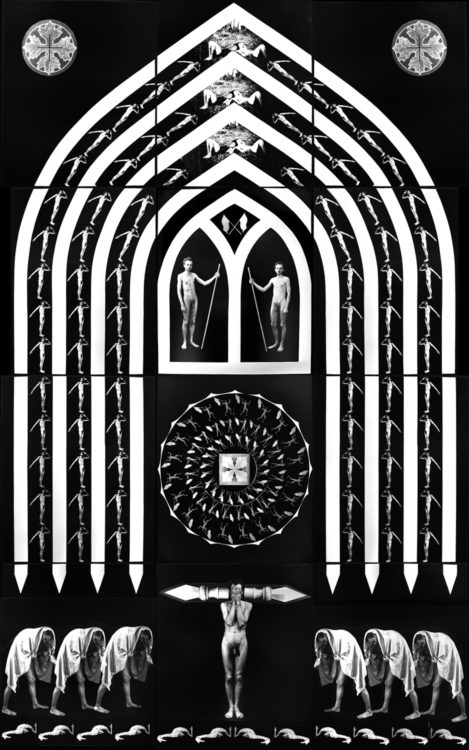 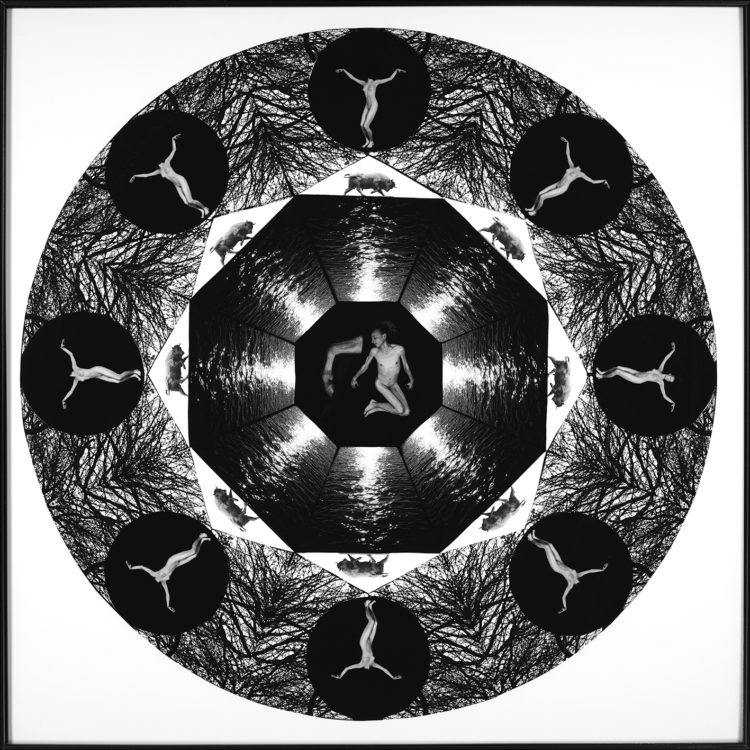