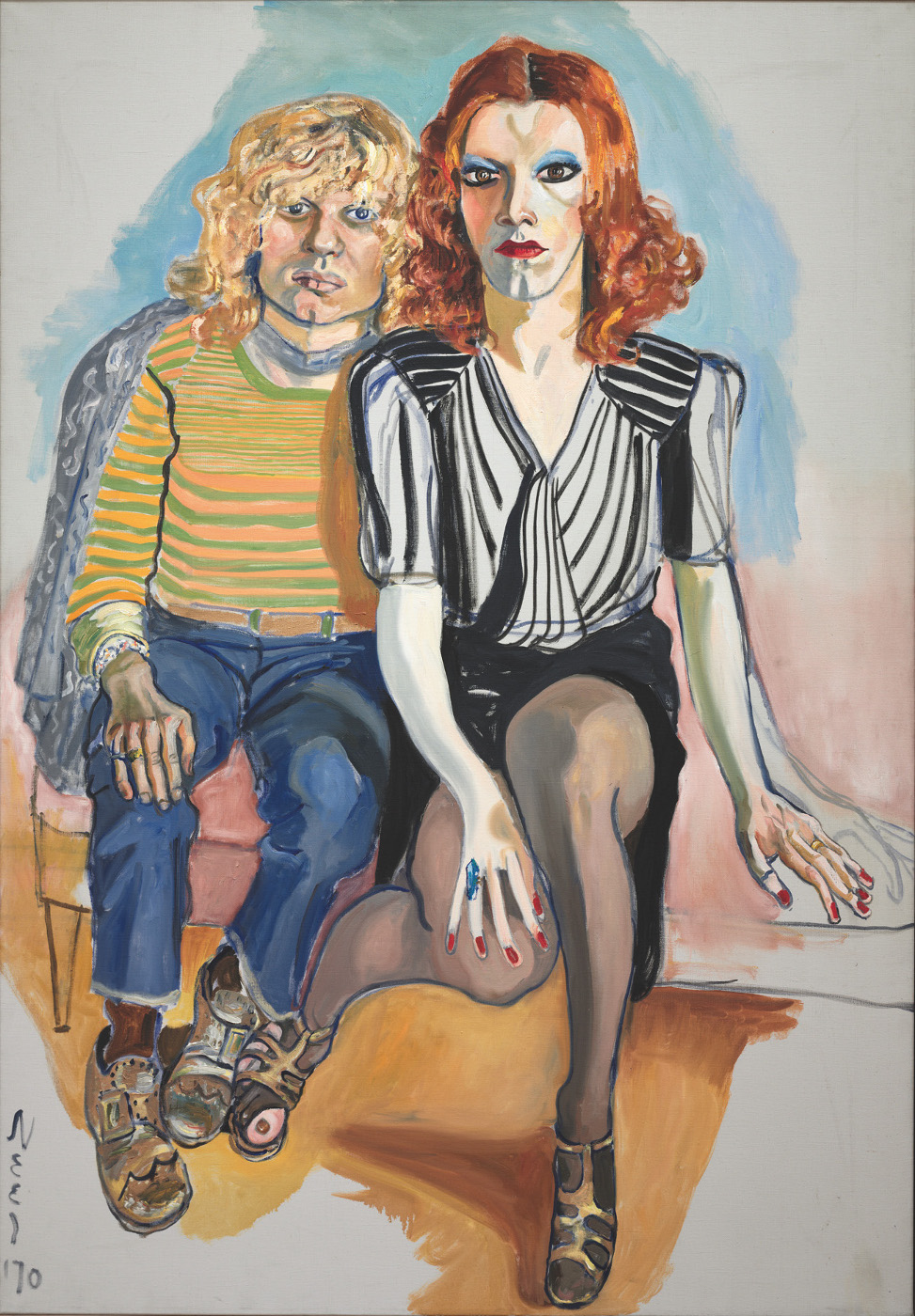 With this first retrospective in France of the works by Alice Neel (1900-1984), the Vincent Van Gogh Foundation in Arles offers the opportunity to discover this American artist, who is not well known in France, through seventy-one of her paintings. 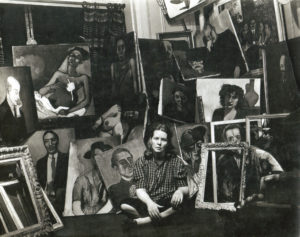 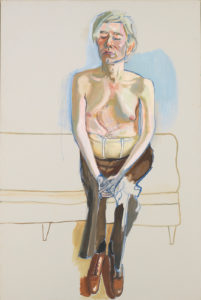 Portraits were a central part of Alice Neel’s work. Her desire? To give the model’s bodies the utmost importance, rewriting the boundaries between public and intimate spheres. For her, the body is in fact the hearth of what has been experienced and felt: with her brush stroke, the a hand’s position, a relaxed or withdrawn demeanour, bare breasts, the folds of a jacket or heavy makeup become extraordinarily expressive and alive.

After two years in Havana, Neel spent her time between New York and Philadelphia, before finally settling in Spanish Harlem, north of Manhattan, in 1938. Faced every day with the misery of the working class people and her own precarious situation, she came to move in communist circles. Her works, marked by this political commitment – as for example T.B. Harlem (1940), a portrait of her brother in law who suffered from tuberculosis, or the moving The Spanish Family (1943) –, were also influenced by German expressionists such as Max Beckmann or Otto Dix for whom, and it is no coincidence, social criticism was a pivotal issue. 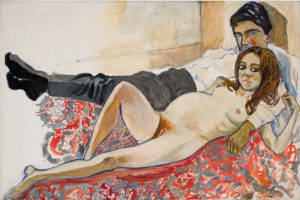 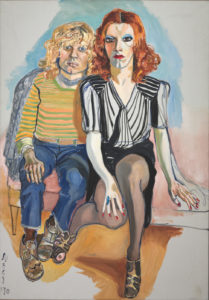 At the start of the 1950s, Neel’s palette, which had so far been very earthy, became lighter with heavily-brushed acid tones (Pregnant Julie and Algis, 1967). This transformation corresponds to her moving into a brighter apartment on the Upper West Side, a cosmopolitan neighbourhood near to Columbia university of which our bohemian artist was particularly fond. During the same period, the first important article about her work appeared in the magazine ARTnews. She’s now moving in a certain New York scene made up of art historians, critics, students, transvestites (Jackie Curtis and Ritta Redd, 1970) and artists (Andy Warhol, 1970), who take turns to come in to pose for her. Her study of women’s issues as we see in her portraits of pregnant women or mothers (Ginny and Elizabeth, 1975) soon attract the attention of feminists who see her as a pioneer; although she doesn’t approved their radicalism, she still accepts to appear as one of their tutelary figures. 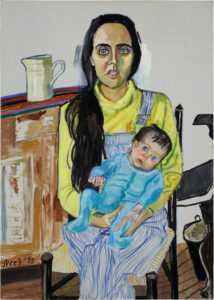 The exhibition, which is a great success, shows the abundance and diversity of Alice Neel’s works – the pieces of painting made up by the works from the 1960s and 1970s turn out to be particularly captivating. On the downside: due to constraints imposed by the museum, the fact that the exhibition opens with the more recent works and finishes with the older works from her youth, makes it difficult to understand the aesthetic choices of a woman who stayed away from trends and petty squabbling.