In the heart of Echo Chamber by Anne-Marie Schneider 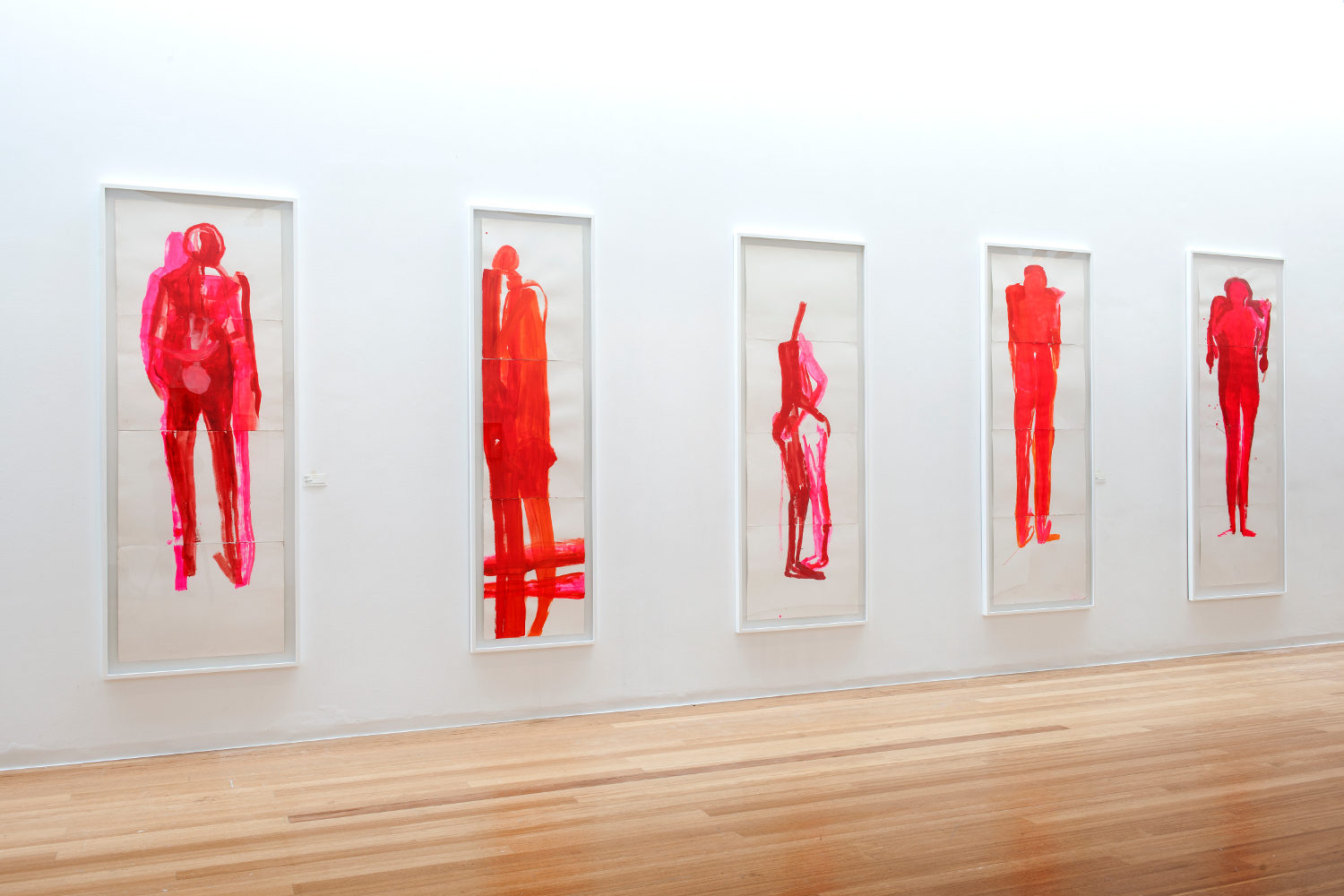 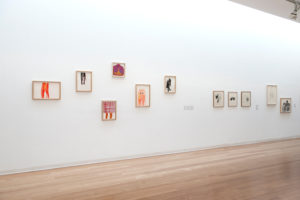 Born in 1962, Anne-Marie Schneider ceased her activity as a musician to move to visual arts. She studied at the École des beaux-arts in Paris where she met Jean-Francois Chevrier in 1988. He was the curator of her first exhibitions and had previously been her teacher. It was he who introduced her to Louise Bourgeois and Silvia Bächli. At the time, she diligently attended morphology classes and the freedom and precision of her stroke are down to her perfect knowledge of the body. Anne-Marie Schneider readily owns up to this liberty of stroke, when she professes, “drawing comes quicker than words1”. 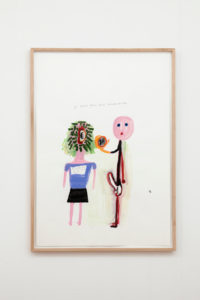 The exhibition layout, allows for the characteristic ease and profusion of the artist’s work to be visible as of the first room. This decisive area acts as a transit zone where visitors can leave behind their daily lives and enter the artist’s world. The fragile sheets that bear the works are pinned to the wall, unframed. Drawings and paintings act as keys to understanding the abundance of works that is on display in the following rooms. The visit continues on the same tone and offers a confrontation with the works that are a result of the artist’s fantastical imagination and very distinctive design.

The remarkable minimalist nature of the drawings and the beat that accompanies the stroke, which is always under pressure, cover themes that are eminently personal and reveal a woman who is deeply torn between dreams and reality. 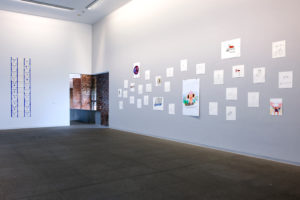 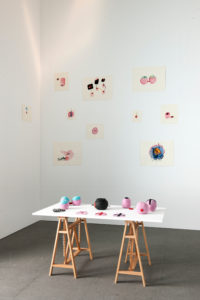 A.-M. Schneider addresses the subject of relationships between men and women in a completely fantastical style. Very pessimistic on certain sheets where she depicts a relationship between the dominant and the dominated, she then seems to wish to measure herself against men, in a film in which she cries out that she feels a visceral desire to get married. The artist has no knowledge of these relationships with others as she barely communicates with the outside world, often remaining cloistered in her home for fear of her contemporaries. Yet, here she shows us much more of her private life than would be permitted by the simple mask of decorum that we sometimes wear when we are in society.

This isolation leads her to obtain information on the outside world via the media. Using this filter she touches on current events; her drawings, presented at the documenta X in 1997, bore witness to this by dealing with police crackdowns on migration flows on the border. The artist has produced other images of this type, on view in MACs, oscillating between political subjects and total exposure. This is the case in the new works that show flayed bodies which are painted in an expressive and vigorous fashion, using different hues of red and which are much larger in size than the previous works.

Anne-Marie Schneider’s works at the Grand-Hornu bear witness to a constant renewal and a perpetual combat against her anxieties, a solution found to transcribe the world and enrich it, an attempt to structure chaos2.

1
Thély Nicolas, “Anne-Marie Schneider – dessine-moi un mouton”, Les Inrockuptibles, 23 May 2000, http://www.lesinrocks.com/2000/05/23/musique/concerts/anne-marie-schneider-dessine-moi-un-mouton-11219847/, consulted 27 November 2017.
2
The echo chamber “is like a sketch of a stable and calm centre, stabilizing and calm, in the midst of chaos. A child may leap whilst it sings, accelerate or decelerate its movements; but the song itself is already a leap: it leaps from chaos to the start of order within chaos, it also risks falling apart at any given moment”, Gilles Deleuze and Félix Guattari, Mille Plateaux. Capitalisme et schizophrénie 2 (1980), Paris, Les Éditions de Minuit, 1994, p. 382.

How to cite this article:
Mathilde Hivert, "In the heart of Echo Chamber by Anne-Marie Schneider." In Archives of Women Artists, Research and Exhibitions magazine, . URL : https://awarewomenartists.com/en/magazine/au-coeur-de-la-ritournelle-danne-marie-schneider/. Accessed 4 December 2021