“Tell Them Everything”: Three Women Artists and the Northern Irish Conflict 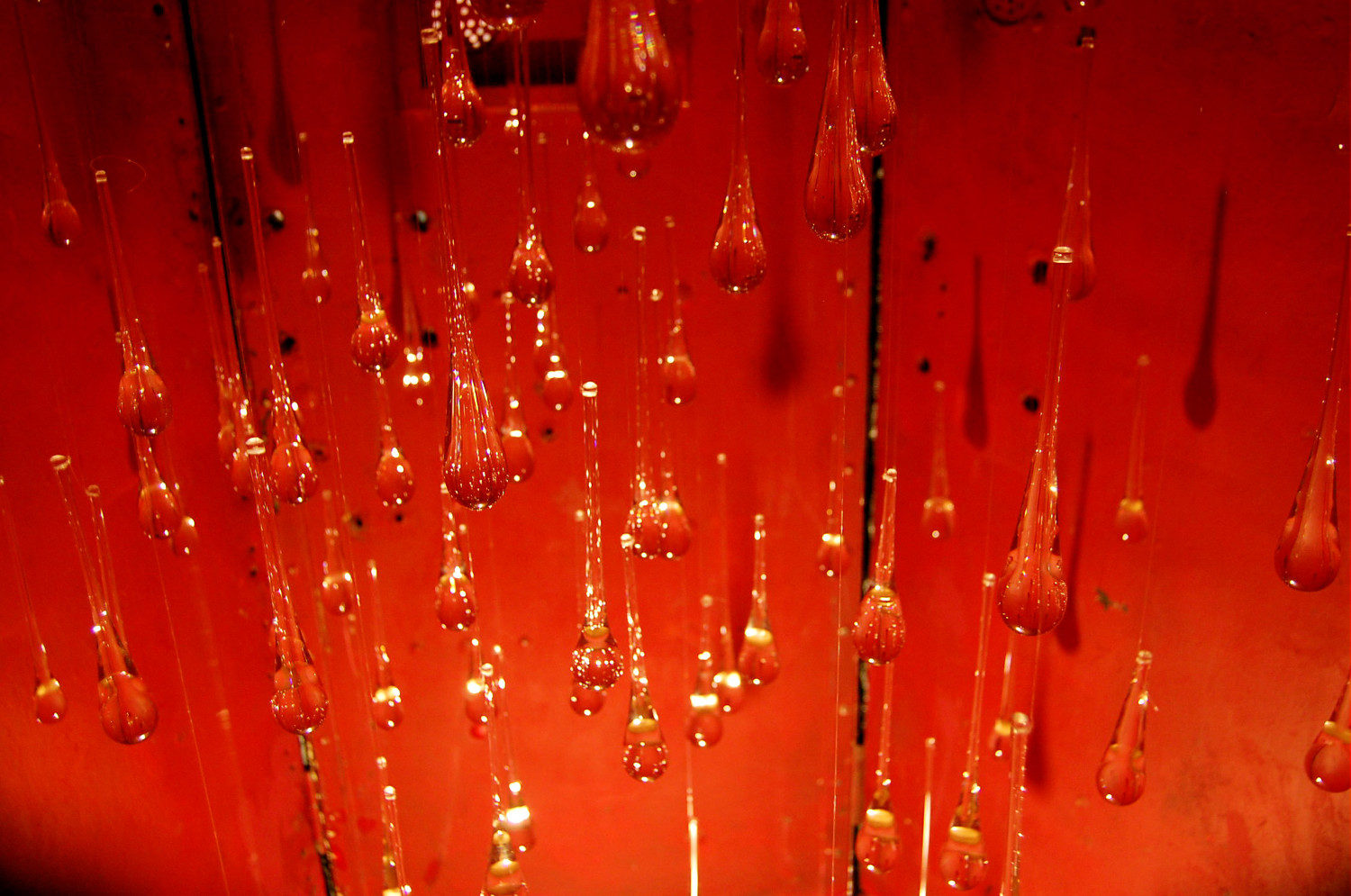 In 1980, playwright and peace activist Margaretta D’Arcy vandalized a wall at the Ulster Museum and was imprisoned in Armagh Women’s Prison during the republican women prisoners’ “dirty protest”. Her memoir the following year, Tell Them Everything, became one of the earliest publications about the Armagh women, their imprisonment, and their contributions to the Republican cause during the Troubles (1969–1998).

The thesis “Tell Them Everything”: Three Women Artists and the Northern Irish Conflict takes its name from M. D’Arcy’s radical account and presents the first in-depth study of women artists’ contributions to the art of the Troubles. Focusing on the work of Catherine McWilliams (born 1940), Rita Duffy (born 1959), and Rita Donagh (born 1939), this study draws out the issues at stake in artistic responses to the Troubles, demonstrating that the work of these artists is not an “over-simplistic” reaction to the conflict, but critical to our contemporary understanding of this thirty-year period.1

C. McWilliams, R. Duffy, and R. Donagh illustrate three different positions taken in relation to the conflict – those of an early pioneer, a self-identified feminist, and an outsider, respectively – and their work was selected for this study because of its persisting visual potency. This reassessment addresses three approaches taken by these artists: the mapping and redrawing of borders, the displacement of images of “Mother Ireland” with those of the female paramilitary, and the use of the window as a framing device. 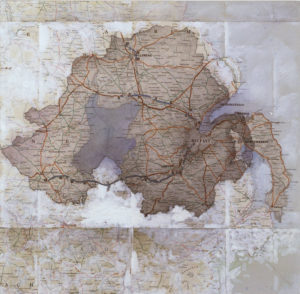 In 1984, American art historian Lucy Lippard famously called the work of Northern Irish artists “tantalizingly indirect.”2 Rather than reproducing the agitprop work of Northern Ireland’s vernacular murals, C. McWilliams, R. Duffy, and R. Donagh made work that bridged sectarian divisions, viewing the region as a place that could indeed be shared by two conflict-ridden communities. The first chapter explores the artists’ use of diagrammatic forms to question the authoritative power of maps and borders, study the multivalent identities of place, and challenge the coded gender of the Irish landscape. This is best exemplified in a work such as R. Donagh’s Shadow of Six Counties (1981), in which the forms bear witness to an inherent sharedness in Northern Ireland that is incompatible with the conventions of cartographic language. 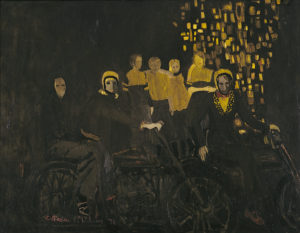 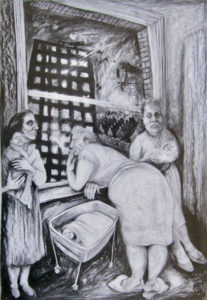 The second chapter addresses how R. Duffy and C. McWilliams use the female paramilitary to develop a new visual language for depicting Northern Irish femininity, removed from the image of the female body as a surrogate for the Irish nation. They draw out the contradictions of the female paramilitaries’ circumstances, between their self-professed militant participation and attempts by both the media and the political structures of the paramilitary groups to silence them. In Girls and Motorbikes (1973), C. McWilliams contrasts the virile self-image of these women with their inescapable fragility. R. Donagh’s work and position on this female figure acts as a foil to consider whether the militant woman is merely an extension of the image of Mother Ireland.

Finally, the study considers works by these artists in which the window in the composition no longer delineates interior from exterior space. C. McWilliams, R. Donagh, and R. Duffy use the window to stage the destruction of the sanctity of the home as a way of conceptualizing the conflation of the everyday and the emergency. R. Duffy’s Eleventh Night Jubilee Maternity (1988) illuminates how the window operates as a necessary framing device, allowing these artists to uphold a critical distance from these scenes, and maintain their positions as observers. 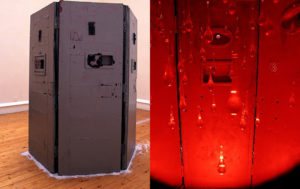 The reputations of these three artists, and other women artists, have historically suffered from the binaries imbued in the Troubles, binaries which have encouraged their separation from male artists and their exclusion from exhibitions, sometimes on the ludicrous pretext of their “preoccupation” with their “feminine individuality”.3 This thesis intervenes in this discourse by including women’s narratives within the art of the Troubles, contextualizing these three artists’ work inside the political and social conflict, in order to call into question the coherence of the art criticism surrounding this work. By doing so, this study sheds light on the multifarious issues at stake in the Northern Irish conflict, from its inception as a series of civil rights marches to its devolution into tit-for-tat sectarian warfare, and elucidates how these artists explore problems of place, gender, class, and sectarian identity in Northern Ireland, upending the role of the woman as a silent surrogate for the Irish nation. While institutions have exhibited and continue to exhibit these artists’ work, they must prioritize gender parity in the multiple narratives of the Troubles and recognize that the continued representational instability of Northern Ireland demands a reevaluation of the work of women artists of this era.

Bachelor of Arts thesis directed by Bridget Alsdorf and defended by Margot E. Yale in May 2017, at Princeton University (United States).

1
Artist and art critic Daniel Jewesbury calls the art produced during the Northern Irish conflict “an over-simplistic response to the Troubles, on the part of both artists and critics,” in Jewesbury Daniel, “I Wouldn’t Have Started from Here’ or the End of ‘the History of Northern Irish Art,” Third Text 5 (2005): 527.
2
Lippard Lucy, “Activating Activist Art,” Circa Art Magazine 17 (1984): 11.
3
Art historian Brian McAvera justified his decision to not include any women artists in his 1987 exhibition of Northern Irish art with the following statement in the exhibition catalogue: “I was very conscious of the need for a woman artist. Women occupy an increasingly important position in the map of Northern work, and it seems natural that a number would be included. However, I refuse to bow to tokenism just to satisfy some numerical notion of representation. The fact is that women do not seem to be working in the areas considered in this show. I think there may be a number of reasons for this. In a provincial insular male dominated society, which is usually twenty years behind the times, the female counter reaction – the assertion of feminine individuality is pre-occupying them.” McAvera Brian, Directions Out:An Investigation into a Selection of Artists Whose Work Has Been Formed by the Post-1969 Situation in Northern Ireland, Dublin, Douglas Hyde Gallery, 1987, unpaginated. 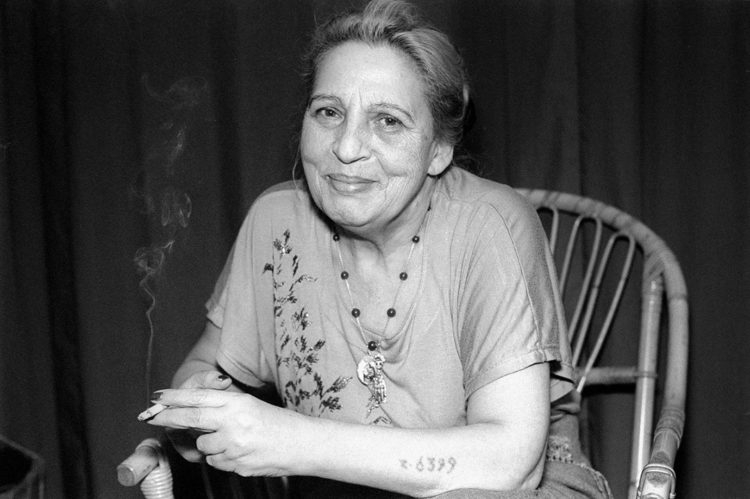 How to cite this article:
Margot E. Yale, "“Tell Them Everything”: Three Women Artists and the Northern Irish Conflict." In Archives of Women Artists, Research and Exhibitions magazine, . URL : https://awarewomenartists.com/en/magazine/dites-leur-tout-trois-femmes-artistes-et-le-conflit-nord-irlandais/. Accessed 4 February 2023