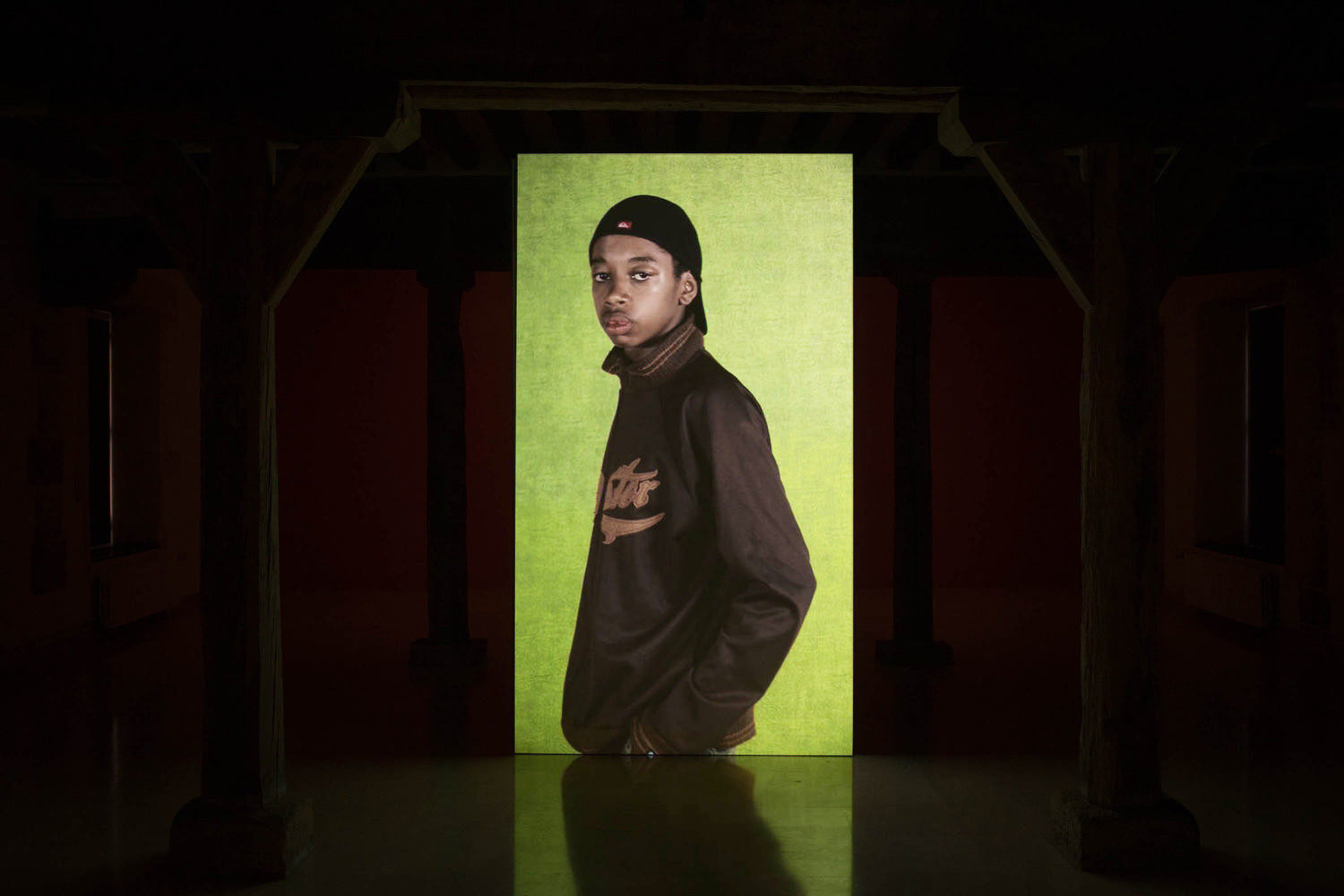 An artist who investigates sensibility through the other, the body and words: her raw materials.

Les mots qui manquent/The missing words is the title of the recent exhibition of the work of French video artist Sylvie Blocher (b. 1953), which was presented at the Musée d’Art et d’Histoire in Saint-Denis. 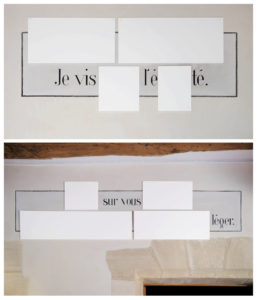 The exhibition, the nature of which is clear from the title chosen by the curator, Sylvie Gonzalez, aims to give a snapshot of the artist’s oeuvre – from her graphical works to her video installations – through a focus on their relation to language, and more particularly to words.

In 1992 Sylvie Blocher decided to cease producing objects and to focus her attention on what she calls a “dangerous” and “unpredictable” material. She turned the attention of her work to unknown people and their environment in order to reveal them to us.

In this instance she questions the place that welcomes the exhibition by means of her creation Et ernit é. This former Carmelite convent, transformed into a museum in 1981, is understood in a new light since Blocher covered over certain words in the 80 authoritative and religious sentences that adorn the building. She twists their meanings by transforming them into shorter versions infused with a certain poetry, thus also rendering them secular. 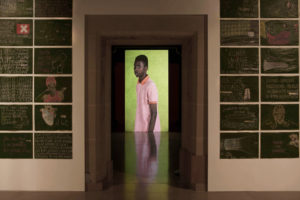 A confrontation with the Other, to whom the artist gives the right of expression in her videos, is inevitable. Visitors are thus subjected to a silent face-to-face composed of reciprocated looks (Living pictures/ Les témoins, 2010) and a listening experience, whether of words spoken, sung or murmured (Speeches/ A more perfect day, 2009).

In this fashion, like a bridge between what the artist questions and the viewer, the words that Sylvie Blocher reappropriates by playing on their interpretation and use allow her to invite visitors to take a new look at the world around them. 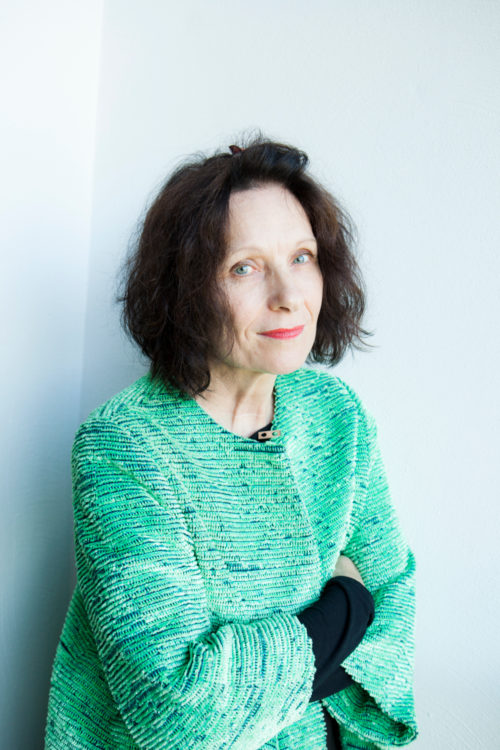 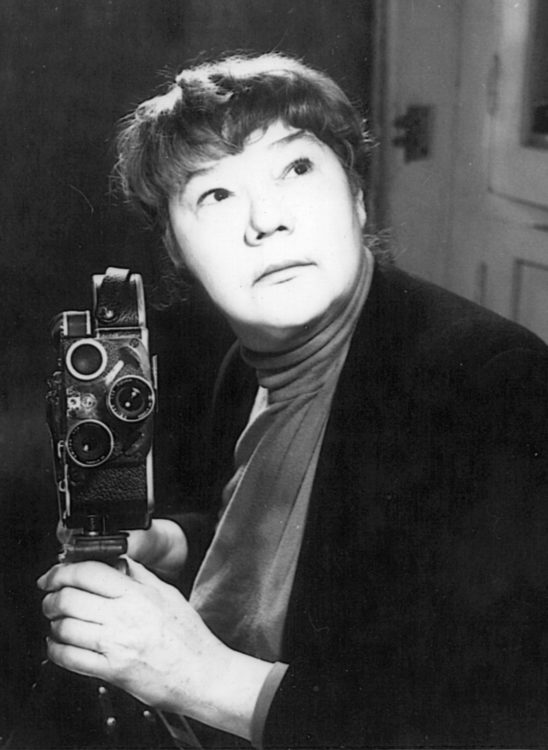 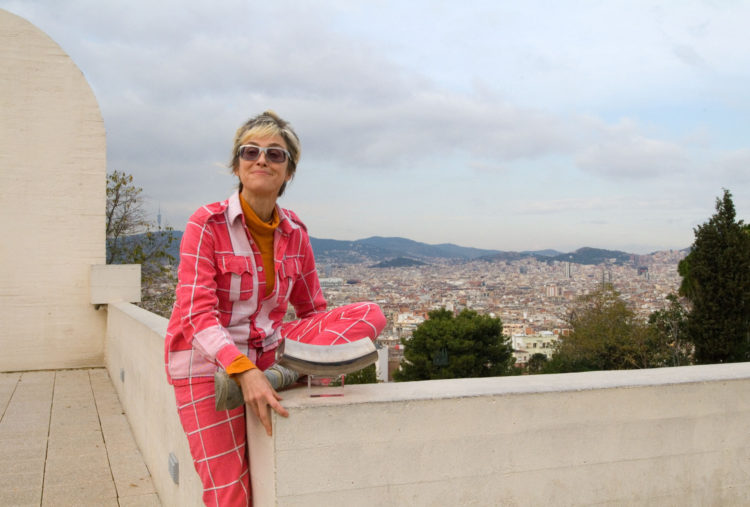