Call for papers: Transmission and Gender: Women artists as teachers in the XXth century 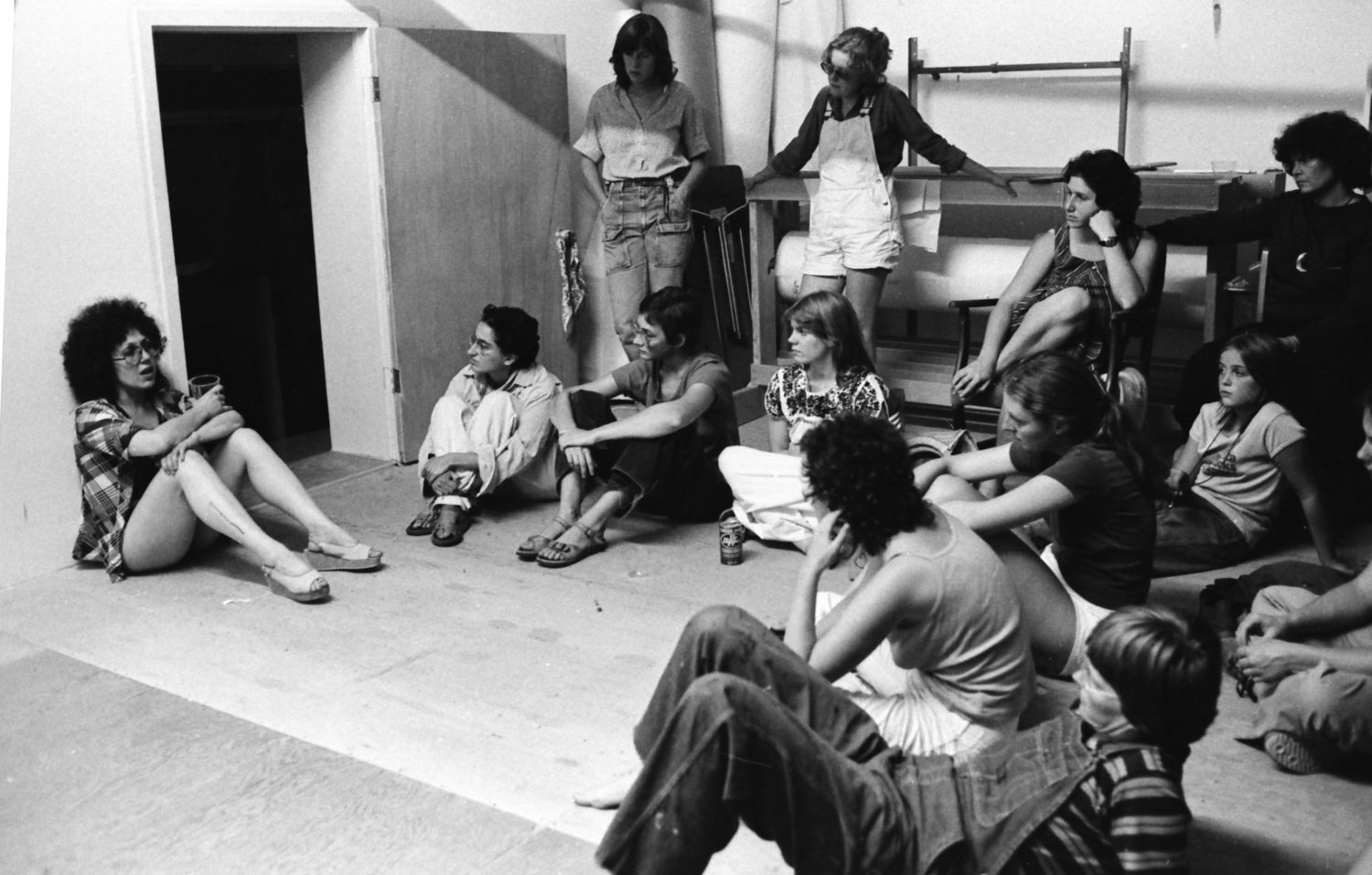 Throughout the twentieth century, European schools of art and design have been subject to successive waves of criticism, reform and reinvention. The traditional system based on patterns of validation and career networks, as well as on a strict value scale, was rendered more or less obsolete by the artistic and social revolutions of the first avant-gardes. Having lost one of its key raisons d’être, traditional art education has since been constantly re-evaluated. Ongoing attempts have been made to make teaching more relevant, in particular through an increasing openness to the contemporary.

The methods, techniques and even attitudes passed on in the schools have been constantly adapted and updated, far from the putative ‘objectivity’ that had been long been promoted in the Academies. Numerous models have been constructed and tested in Europe and around the world, such as those of the Bauhaus, Black Mountain College, CalArts, the Ulm School, the Freie Internationale Universität, the Banff Centre for Arts and Creativity, and La Cambre, or more recently Le Fresnoy, along with those of various independent and ephemeral summer schools. With this turn towards the contemporary, art education has become more complex across the board. The circulation of students, artists and more generally of forms and ideas has contributed, above and beyond different national contexts, to a global transformation of artistic education.

One aspect of this broad renewal of artistic education has been the gradual accession of women artists to teaching positions. While some women artists are well known for their role as educators, such as Anni Albers, Marianne Brandt, Lygia Clark, Doris Stauffer, Gina Pane, for others – Maria Lassnig, Lea Lublin, Annette Messager – teaching remains a neglected aspect of their wider practice. The careers of these artists can reveal a good deal not only about the underlying hierarchical structures of art institutions, but also the ways in which these institutions were progressively transformed over the course of the 20th century. On a more theoretical level, the arrival of women teachers in art schools has also thrown into sharp relief the relative absence of accounts of the role of gender in teaching patterns, practical methods and perhaps even in the content of the knowledge imparted. We propose therefore to think of art education in the 20th century through the prism of gender in order to understand how art and design schools may have functioned as privileged sites in the struggle for visibility of women artists throughout this period.

The structural difficulties faced by women artists are well known. Recent research has pointed to their marginalization, their lack of institutional representation and market support, the determining role of their entourage and their links to male artists, and their confinement to technical roles as being some of the major mechanisms at play in the lack of or delay in the recognition of women artists. Yet little is known about their role in art and design schools. While the field is slowly but surely becoming more feminine, can schools be considered as another aspect of the same art institution, one more open to women and perhaps even able to afford them a greater degree of visibility?

Teachers hold an important place in the art world: they lead generations of young artists, and their own production benefits from the emulation of the group, thus insuring a long-term visibility for their work different to that afforded by, for example, the market. Yet is this general observation equally relevant for women artists? What place is reserved for them in art schools? Is the social recognition associated with teaching functions the same for female artists as it is for male artists? How can this question be broached beyond a simple gender binary? Questions surrounding the choice, accessibility and valorisation of teaching as a career merit further discussion. Unpaid work and general job insecurity, phenomena that disproportionately affect women, might be reconsidered as places from which women have been able to exert an influence from a disadvantaged position – an influence which, although discreet and outside of institutional hierarchies, has been no less real.

Taking into account artist educators’ teaching methods and content also makes it possible to reveal how gender expectations are circumvented or perpetuated in the process of transmission from one generation to the next. The mechanisms of care, self-sacrifice and attention to others often associated with teaching also resonate with clichés of the feminine. How have women artists overcome or indeed embraced these notions in their practice? The presence of women artists as teachers in schools modifies a certain number of dynamics of power, hierarchy and projection, and in doing so renews and shifts some of the informal frameworks of art education.

Existing historiography on art education in the 20th century pays little attention to the special case of women artists. It mainly concentrates on a few institutions – the Bauhaus, first and foremost among them – which asserted themselves as sites of the avant-garde. This emphasis has led to the neglect of the majority of art schools, the rhythm of their evolution, and the local struggles that played out there. More generally, the content of the courses, the dynamics of transmission and the functioning of various groups within the schools also remain largely unknown. A lack of sources is one of the major obstacles to research into teaching methods and into the feminization of groups and the way in which this modifies the patterns of power, projection, imagination and narratives used in teaching.

Situated, at least theoretically, outside of the art market, schools are laboratories where personalities as well as practices are affirmed and reshaped. The time spent in these workshops remains a particularly important moment for young artists and teachers alike: experimentation, freedom and the student community contribute to creating an environment where ideas, forms and biases are constantly questioned and discussed. It is with this in mind that we propose to study art schools as a site in which the gender dynamics of the art world are crystalized, challenged and altered.

With no geographical restrictions and covering the entire 20th century, this conference aims to think dynamically about the relationship between women artists and art schools. The aim is not only to highlight individual trajectories, but also to question on a more general level the struggles that have taken place in schools and the shifts that the teaching practice of women artists reveal, prepare or effect in the field of contemporary creation.

The conference, under the direction of Déborah Laks, is carried out in partnership with the HPCA research programme of the École Nationale des Chartes and AWARE: Archives of Women Artists, Research and Exhibitions. It will take place on December 3th and 4th 2020, at the École des Chartes in Paris. 30 minutes papers may be presented in French and/or English; they will be recorded and a  selection may be published in 2021. Proposals of a maximum of 3000 characters (500 words), accompanied by a brief CV and a list of publications, should be sent to Déborah Laks (colloque.artistes.enseignantes@gmail.com) before September 20th 2020, and will be evaluated by the scientific committee of the colloquium.