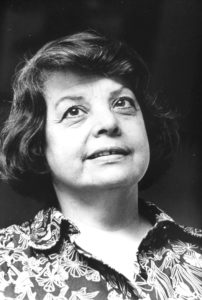 Aída Zulema Carballo graduated from the Escuela de Artes Decorativas de la Nación in 1937 with a diploma as a drawing teacher. She studied ceramics at Escuela Nacional Industrial de Cerámica (1942-1945) and trained in printmaking at the Escuela Superior de Bellas Artes Ernesto de la Cárcova (1946-1949). In 1948, she won the first of her many awards and prizes with the work La calle, el corazón y la lluvia [The street, the heart and the rain], an aquatint produced in the school’s studios. In 1951, she held her first solo show – ceramics, prints and drawings – at Galería Müller in Buenos Aires. Her practice began to decline in 1952 due to a series of hospitalisations, but she became fully active again in the late 1950s.
In 1960, the Buenos Aires Salón Municipal awarded her a prize for La ciudadana [Female Citizen], a piece that marked her return to urban scenes and allusions to social and political issues. The 1964 Salón Nacional awarded A. Z. Carballo its Premio de Honor for her Autorretrato con narices [Self-portrait with noses], but, bitterly disappointed not to have won the grand prize that included a lifetime stipend, she decided to permanently boycott the country’s premier art show. Acclaimed by the critics, this striking self-portrait shows her penetrating gaze – staring the viewer in the eyes – under the slogan “against oppression,” surrounded by men’s noses seen in profile. This very personal approach, privileging the depiction of faces rather than public spaces, was to reappear in many of her prints, such as her 1965 Autoridades en colectivo y una mosca [Authorities in a bus and a fly] featuring, in an ironic vein, the country’s then-president and his ministers of education and culture jammed into a jitney. This series, which unfolded between 1963 and 1968, “tenderly dedicated to minibus passengers”, brought her what she considered her most moving award, from the bus drivers’ union, which granted her a lifetime free pass for the city’s bus system.

During these years, she played a central role in the country’s lithography revival. In 1963, Mesa de Grabadores, a printmakers’ group led by A. Z. Carballo and Alfredo de Vincenzo (1921-2001), published her first lithography collection, De los locos [The Insanes], meticulous portraits of anonymous people in insane asylums, based on drawings she made while she herself was committed. Her second collection of lithographs, De los amantes [The Lovers], was published in 1964. Her first retrospective, in 1969, ended abruptly when she was asked to withdraw the latter series. In 1974, the OAS (Organization of American States) sponsored her first exhibition abroad, in Washington, D.C. In 1977, her Autorretrato con autobiografía [Self-portrait with an autobiography, 1973] won the Academia Nacional de Bellas Artes’s highest award for prints.
In 1981, A. Z. Carballo was a founder of the Movimiento por la Reconstrucción y el Desarrollo de la Cultura Nacional, an anti-dictatorship group that sought to defend the country’s cultural heritage and human rights. In 1984, she designed the poster of the Semana de la Cultura de la Resistencia. Between 1974 and 1984, she was the illustrator of the literary pages of La Nación, one of the country’s most widely circulated dailies.
From 1956 until 1980, A. Z. Carballo was a full professor at the Manuel Belgrano and Prilidiano Pueyrredón national fine arts schools, working tirelessly to teach printmaking, drawing and the history of prints. During these years she also gave classes in her private studio, training a generation of artists who today recognise her as an iconic figure in the field of Argentine graphic arts. 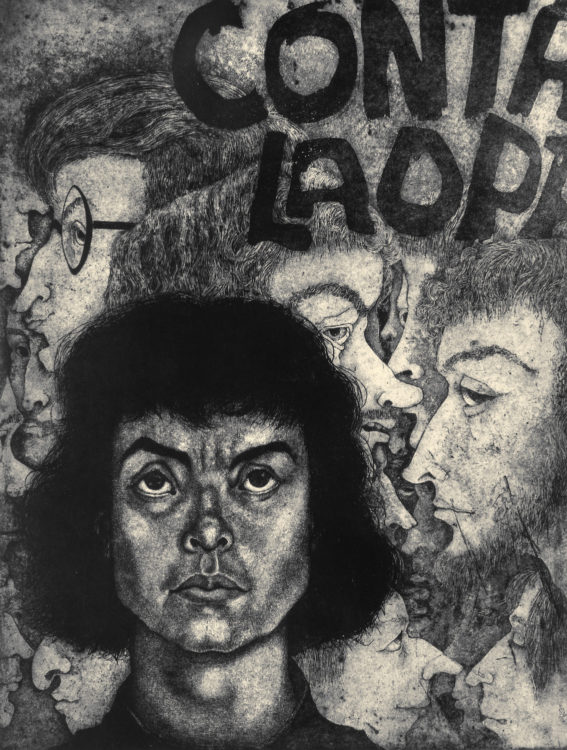 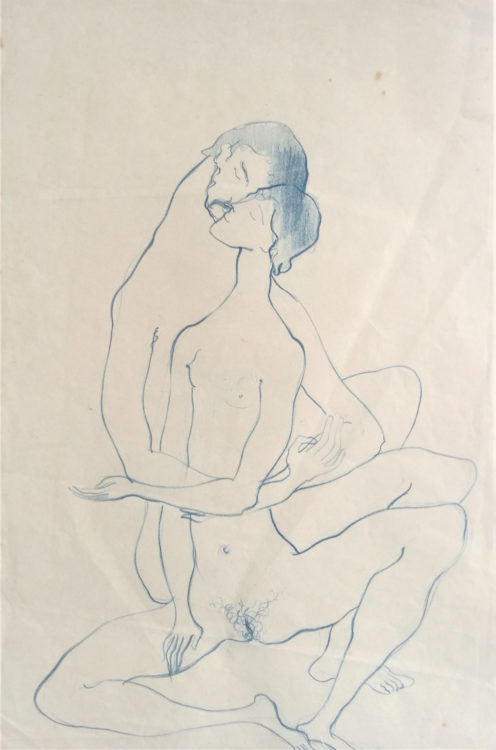 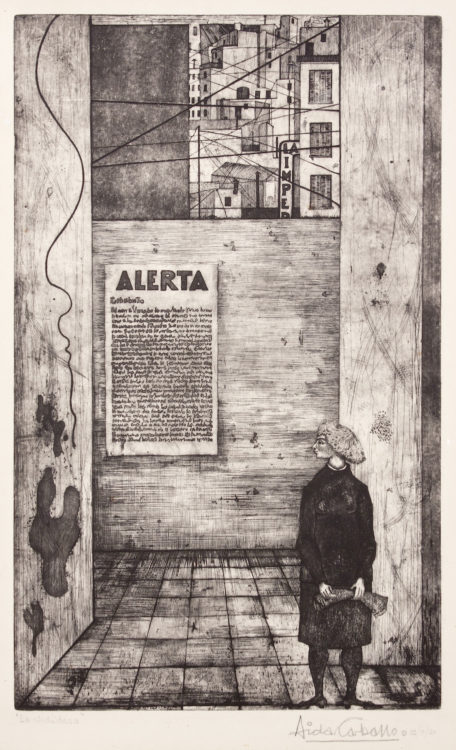 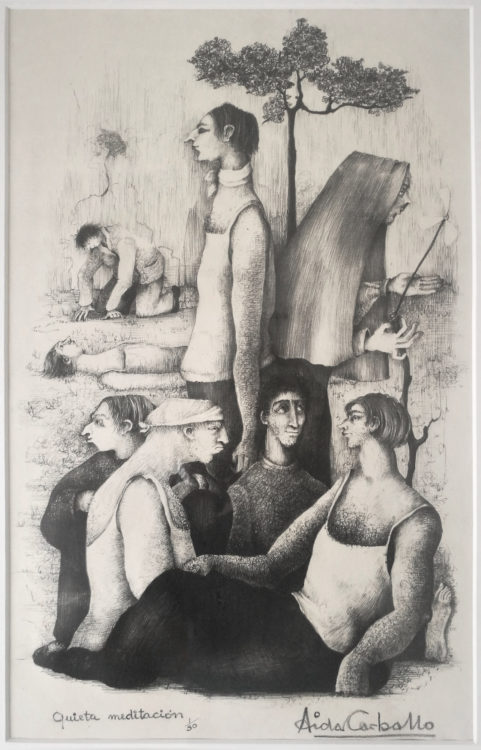 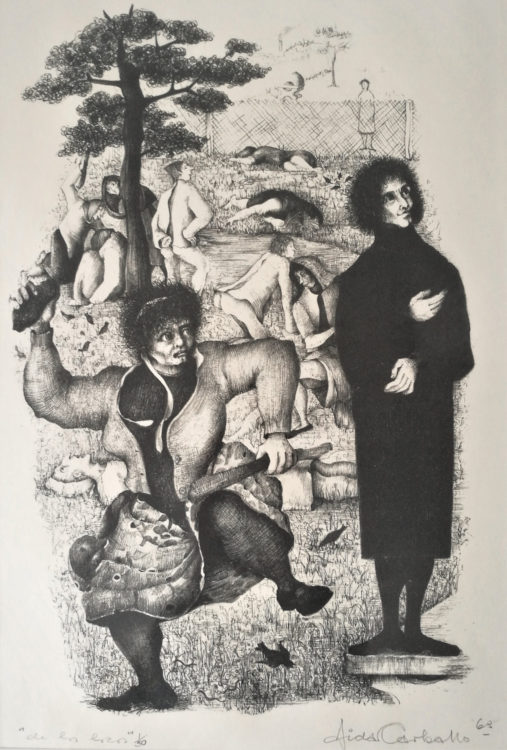 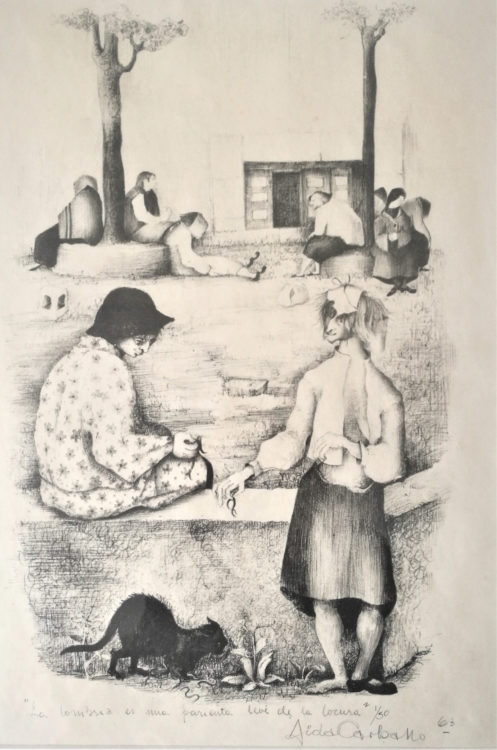 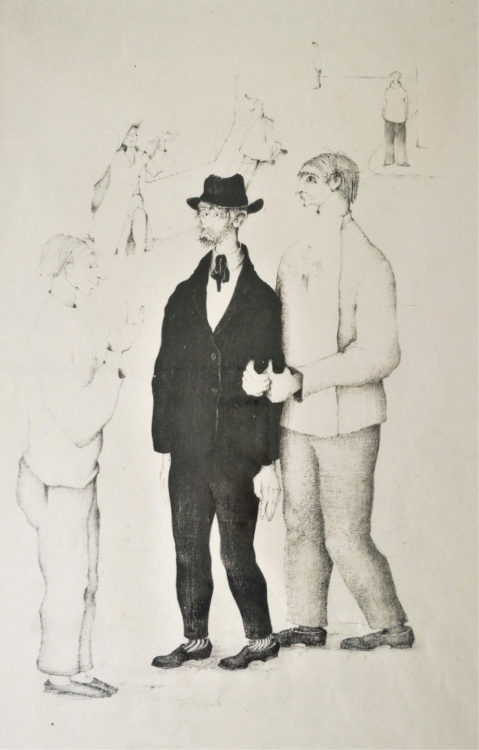 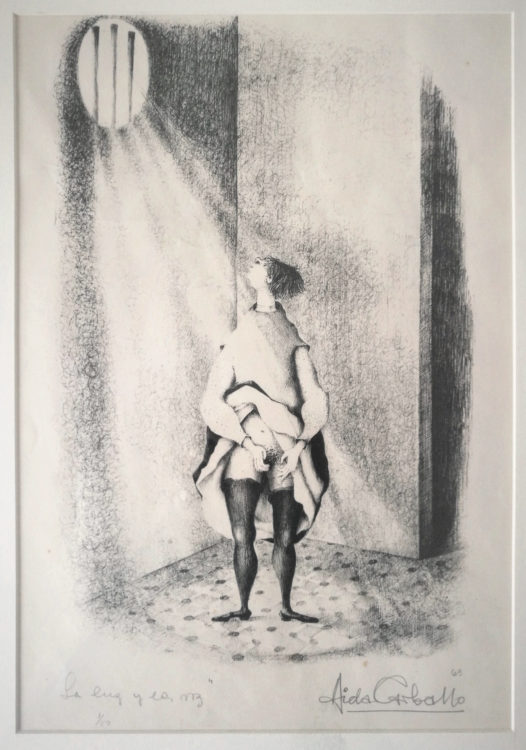 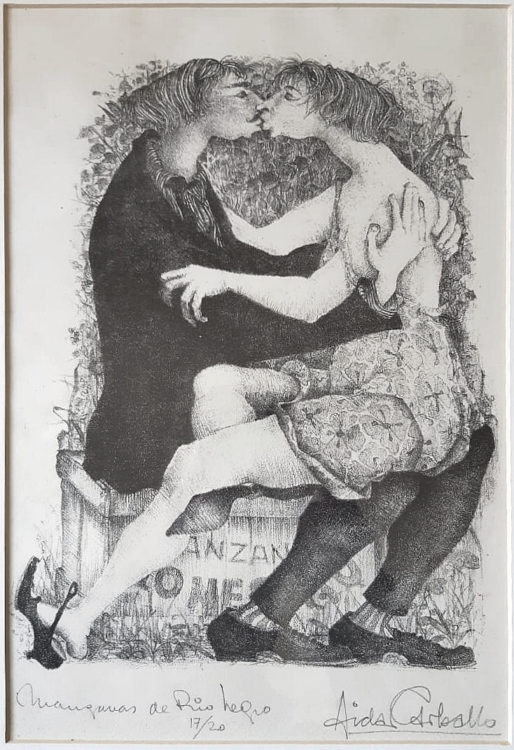 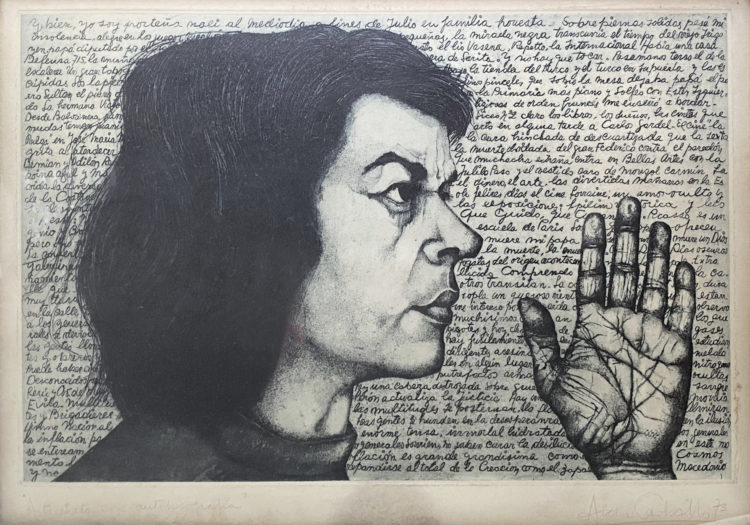 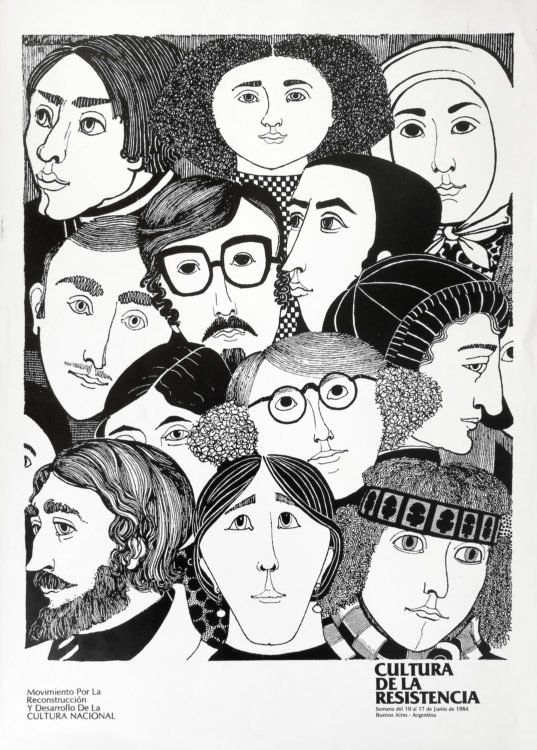 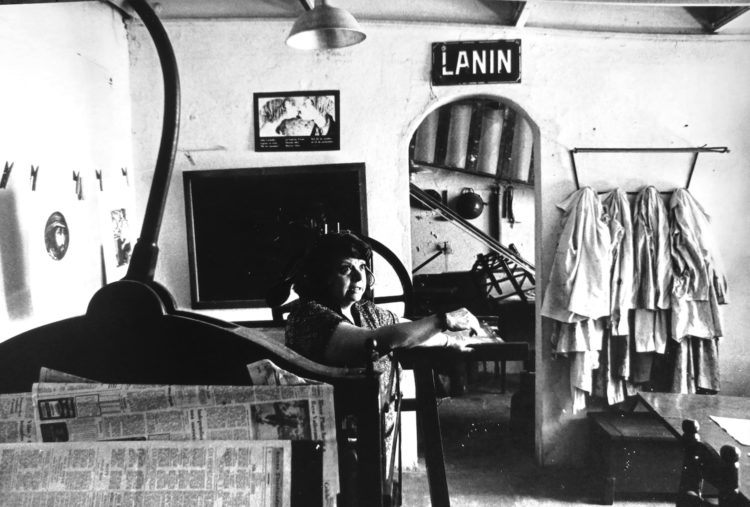 Aída Carballo in her studio 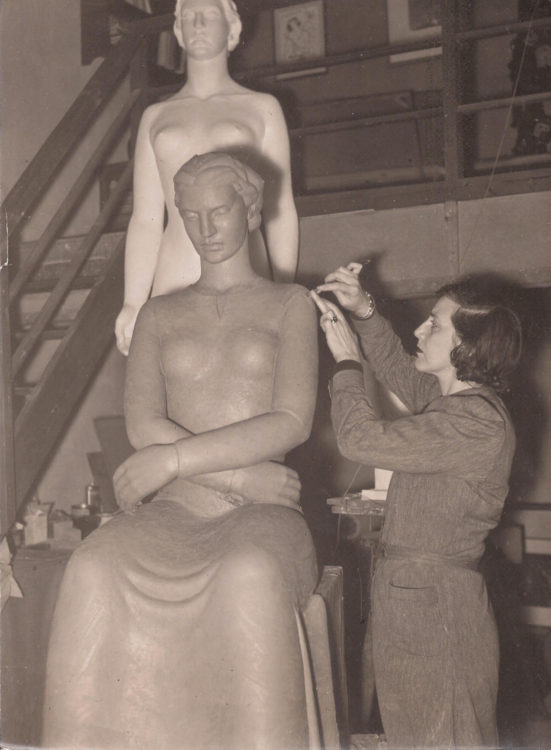