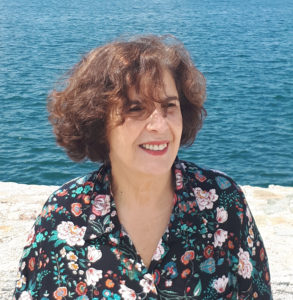 Akila Mouhoubi graduated from the École Nationale des Beaux-Arts in Algiers in 1976 and from the École Supérieure d’Art et de Design in Marseille in 1985. She taught at the École Supérieure des Beaux-Arts in Algiers from 1986 to 1994 before leaving for Marseille, where she currently lives and works, divided between the two shores that define her inner world. Both a graphic artist and a painter, she is part of a generation of artists who came into their own in the 1980s, trained by predecessors who founded local forms of modernity, and who chose to invest in bold expressions of their individual identities, their personal mythologies and new ways of perceiving the world. At the time she was one of the few women artists who managed to make their way through a symbolic field that was still largely male dominated, and became a permanent exhibitor at the prestigious Galerie Isma in Algiers. She took part in a number of noteworthy solo and collective shows in Algeria and abroad, including Algérie. Peintures des années 80 (Centre National des Arts Plastiques, Paris, 1986), Artistes d’Algérie (Théâtre Amandiers-Nanterre, Nanterre, 1991) and La Création algérienne au féminin present (Art Jonction, Art Sud Magazine, Nice and Galerie Isma, Algiers, 1991). Her works are kept in the collections of the Musée d’Art Moderne et Contemporain (MAMA) and Musée National des Beaux-Arts (MNBA) in Algiers, and at the Institut du monde arabe (IMA) in Paris.

A. Mouhoubi’s delivers a colourful and melancholic depiction of the world, in which the pleasure of painting serves her tireless search for the inexpressible, using her style of painting to embody it at the surface of the canvas.
A sensation of evanescent memories and pensiveness seems to imbue her works. Whether ethereal, delicate or energetic, their apparent simplicity is in fact deceiving: the complexity of their underlying artistic process suggests an emotional presence, the intensity of which shines through if one is willing to delve deeper into it. As it happens, her work, where colours stand out in feverish, lively or raging brushstrokes, is born from a sea of experiences in which it would be pointless to seek out any specific interpretation of reality or precise concept. The artist’s feelings, which permeate her forms, graphics and drawings, blur the boundaries between drawing and painting, the past and the present, and the figurative image and its erasure.

In Ce qui me reste (2010), geometric patterns with inconsistent volumes make up a minimalistic world whose fragmentation and compartmentalisation are as many questions that inform and drive her work. Many of her Paysages(2010) are inspired by Arab-Islamic miniatures, whose discreet and complex charm has always fascinated her. She borrows details from them, which she displays on the canvas as a concentrated burst of colour, as if she were unveiling a secret and in the end only preserving the most diaphanous aspect of the gilded illuminations. In doing so she revisits the artistic traces of an ancestral past to which she brings the potential for contemporary reinterpretation.

The starting point of her work is always an image that often relates to a personal memory of her life between Algiers and Marseille – a topic she tirelessly explores, like an obsession that runs throughout her body of work, as if she were searching for an unspeakable absence, a resurgence in which one is vaguely reminded of faces and people in her cold-toned depictions of landscapes and vegetation. The two canvases that make up Reconstitution (2002) are emblematic of this technique, which goes hand in hand with her search for the elusive: she draws, paints, applies pigments, then erases everything until the initial picture has disappeared, trying to find what is left over in another image, another landscape that might perhaps reveal something.

This process of erasure/revelation is linked to temporal and spatial territories. In this sense, collage – an integral part of her method – and the background of the canvas are two different stages of the process and act as the silent traces of the shifts in her body and emotions.
Erasing to remember: this is the reason and meaning of A. Mouhoubi’s work. Making an absence present through the process of creating of an image, even if one knows that this image is marked from the onset with the seal of disappearance. 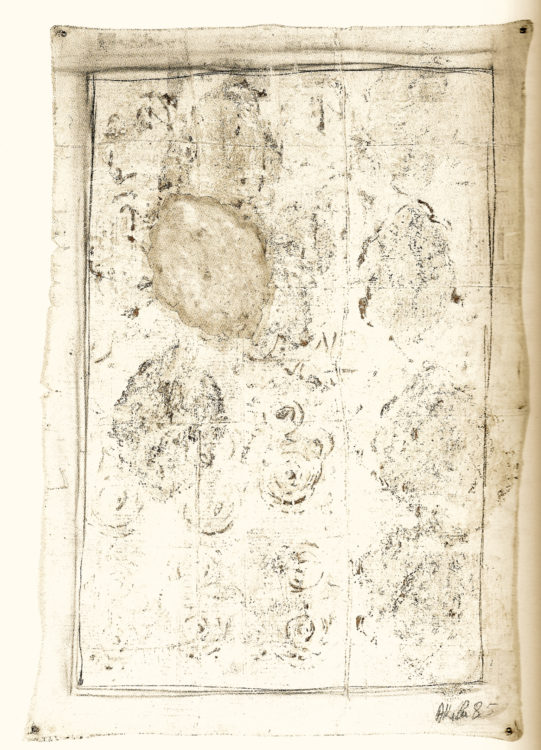 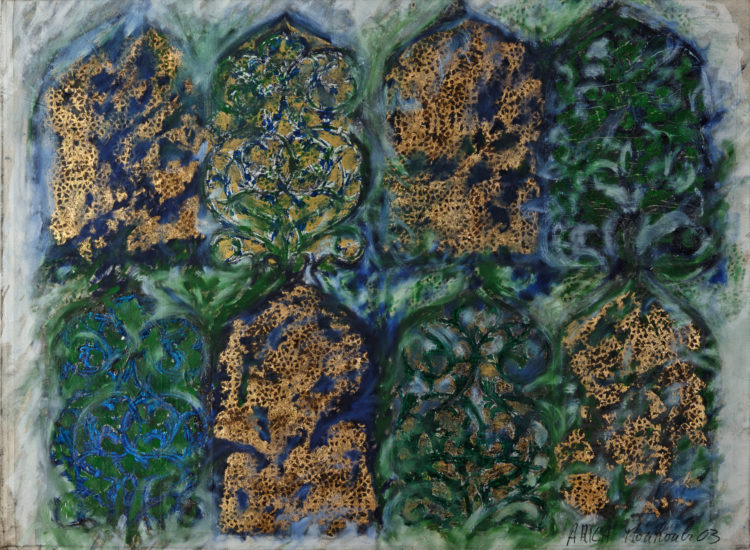 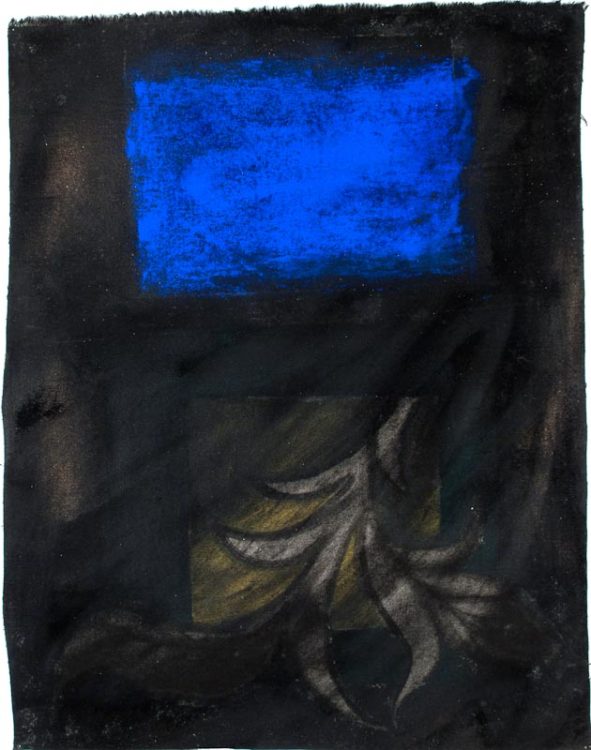 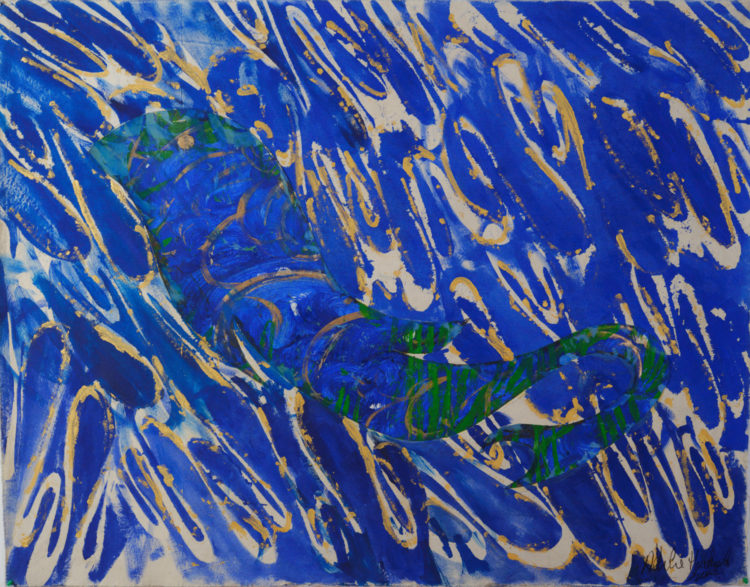 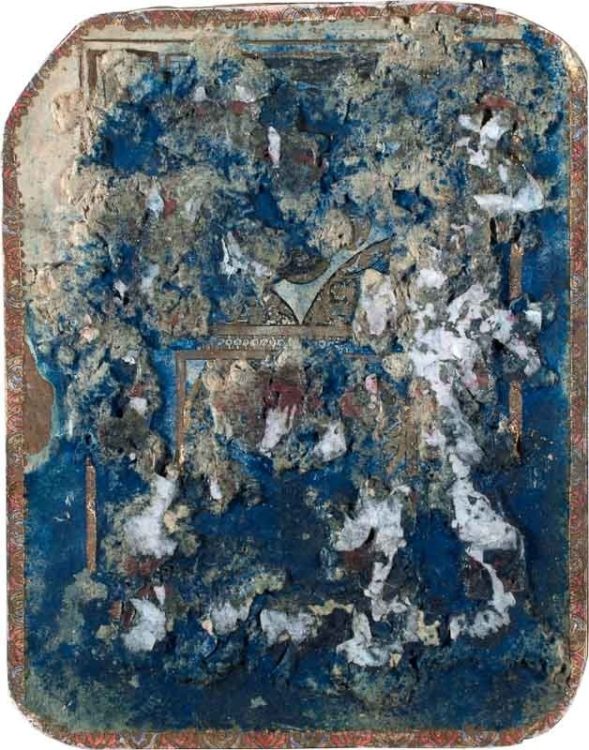 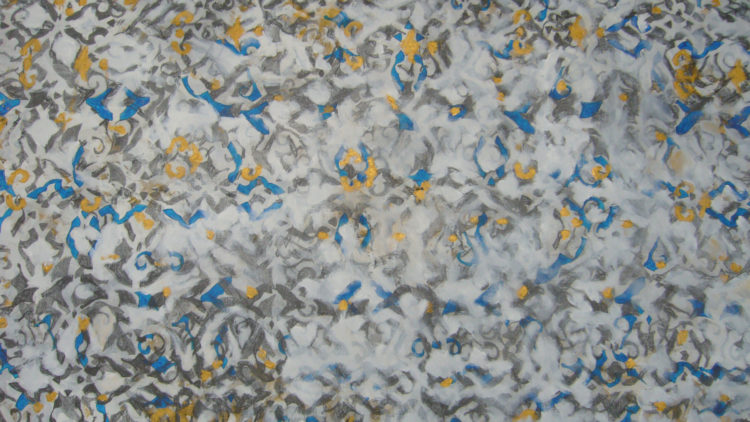 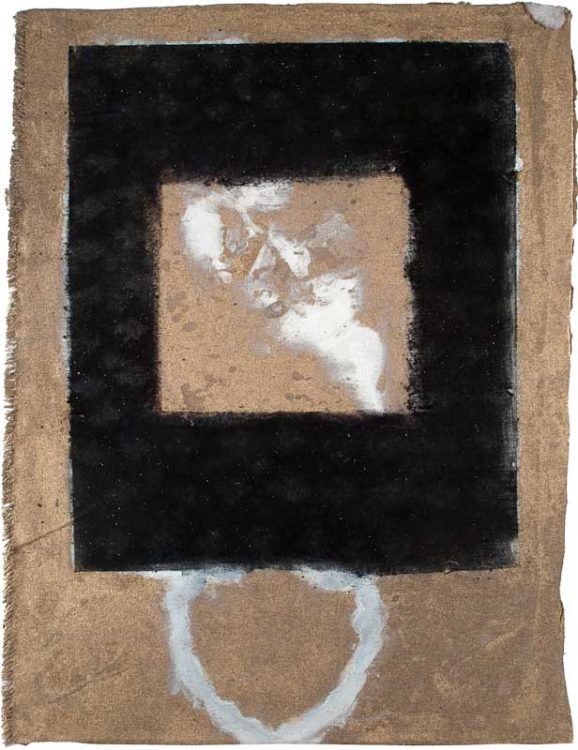 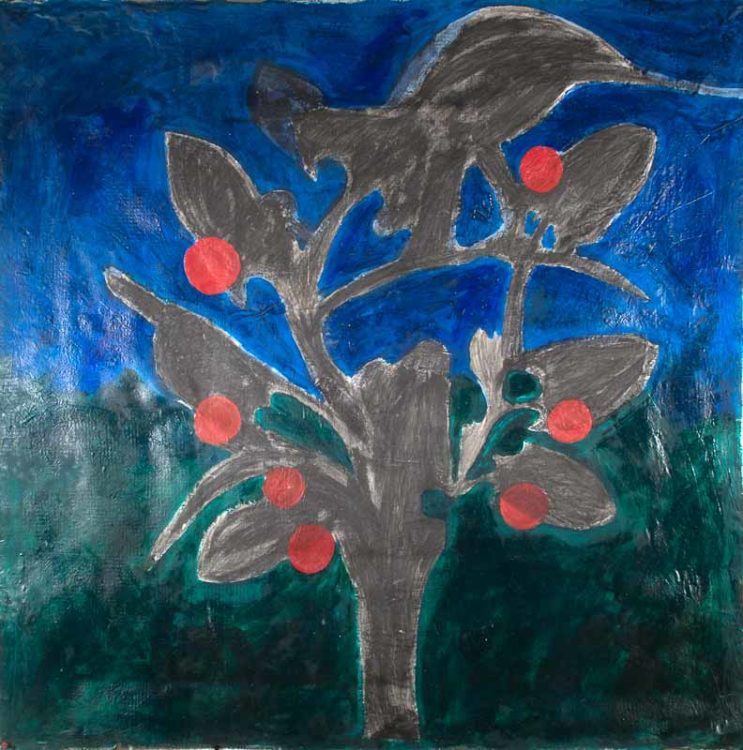 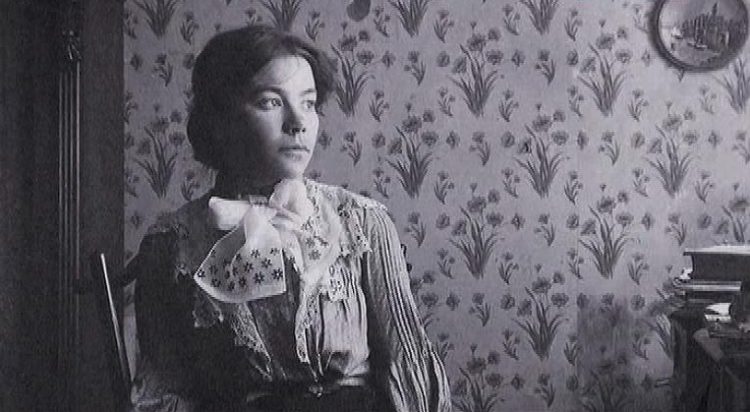