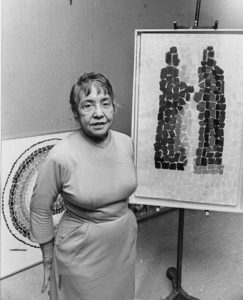 Ellsworth Davis, Alma W. Thomas shown with two of her paintings that were part of an exhibition of her work at Howard University Art Gallery in Washington, DC, on April 20, 1966.

Dobryzinski Judith H., « ‘Alma Thomas’ Review; Alma Thomas was an Underappreciated Artist Who Immersed Herself in a Lifetime of Learning and Beauty. », ProQuest,‎ 2016

Alma Woodsey Thomas’s abstract works may have originated in her memory of the luxuriant plantations of her native Georgia. While she was still a teenager, her family moved to Washington, D.C., to escape the violence of the segregation system and in the hope of better educational opportunities. Although she was drawn to architecture while studying at Armstrong High School, in 1911 she decided to become a teacher. In 1921, she enrolled at Howard University in Washington, intending to study textile design. Yet when she was encouraged by James Vernon Herring to join his new art department, she chose to study painting instead. She was taught by Loïs Mailou Jones, who introduced her to the latest trends in art.
On completing her studies, she got a job as an art teacher at Shaw Junior High School. She was to spend thirty-five years there, somewhat neglecting her own painting activity. However, during the 1940s, the work of Thomas is exhibited at the exhibition of the Barnett-Aden Gallery (open in 1943) and the exhibition of African-American artists organized by Jones. She continued occasionally to study art at Columbia University (in 1925, and beetween 1930 and 1934) and then at the American University (1952-1957).

It was not until she was in her sixties that she turned to an informal style of gestural abstraction, a movement that African-American artists of the time tended to neglect in favour of figurative painting, which they used as a weapon in support of the civil rights movement. Thomas refused to take part in the contemporary political struggles and rejected the term ‘Black art’. Instead, she dreamed of a universal art that transcended temporal issues: “I’ve never bothered painting the ugly things in life.People struggling, having difficulty…. No. I wanted something beautiful that you could sit down and look at.” Her retirement from teaching in 1960 marked the start of a brilliant artistic career. In 1966, she showed her abstract paintings at the Howard Gallery; these were composed of mosaic-like patches of vibrant colour applied in concentric circles or vertical stripes. Her works of that period are mainly associated with the Washington colour-field school, a movement that attracted much notice at the exhibition of Washington Color Painters at the Washington Gallery of Art in 1965.

In her series of ‘Earth Paintings’, which includes Iris, Tulips, Jonquils, and Crocuses (1969), Thomas paints a macroscopic view of the nature around her, as though all she could distinguish was the patches of colour. In 1972, her work was shown at an exhibition at the Corcoran Gallery of Art in Washington, D.C. That same year, her magisterial work, devoid of any political content, and her apolitical stance made her an ideal candidate for a show at the Whitney Museum of American Art, which, thanks to pressure from the Black Emergency Cultural Coalition, had organized an exhibition of African-American artists. At the time, Thomas was the only African-American woman to be granted a solo exhibition in this American museum. She nonetheless remains largely unknown outside the United States. 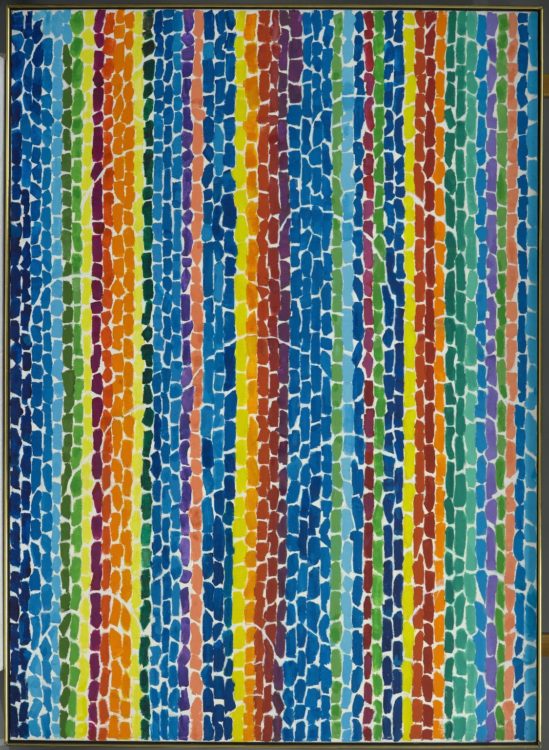 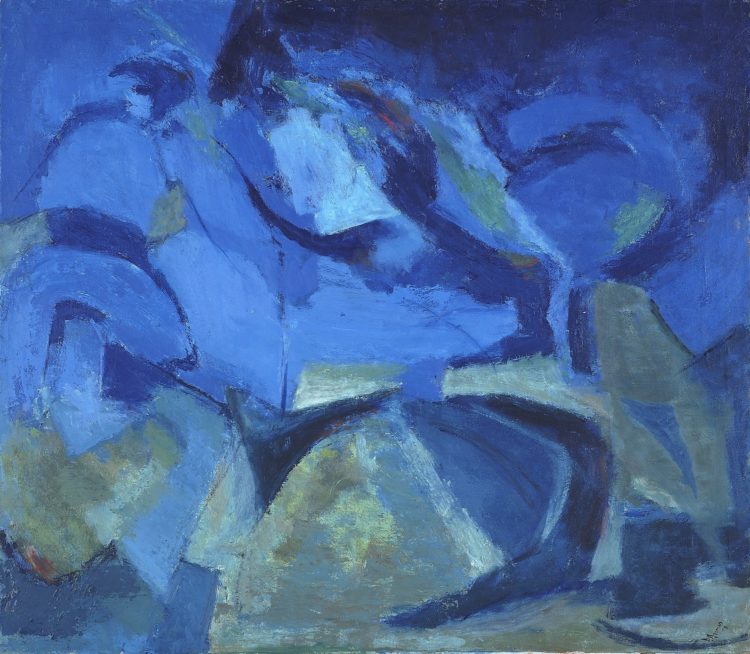 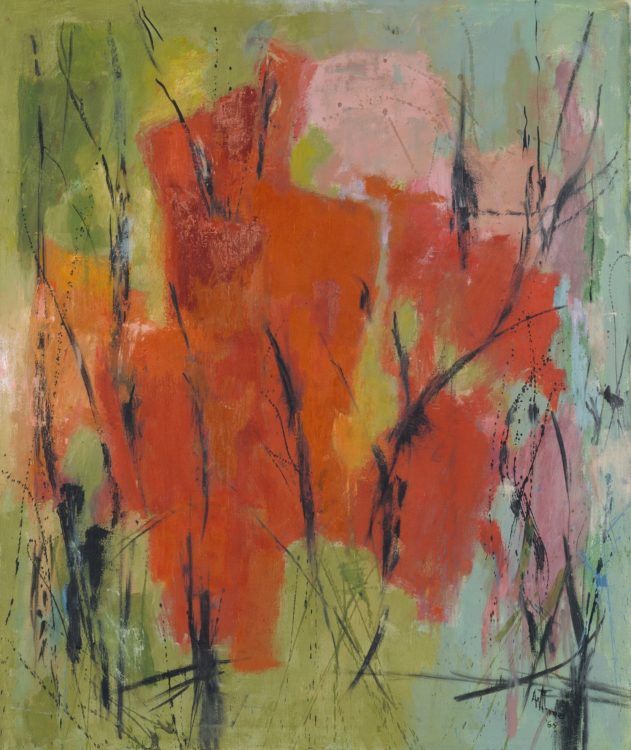 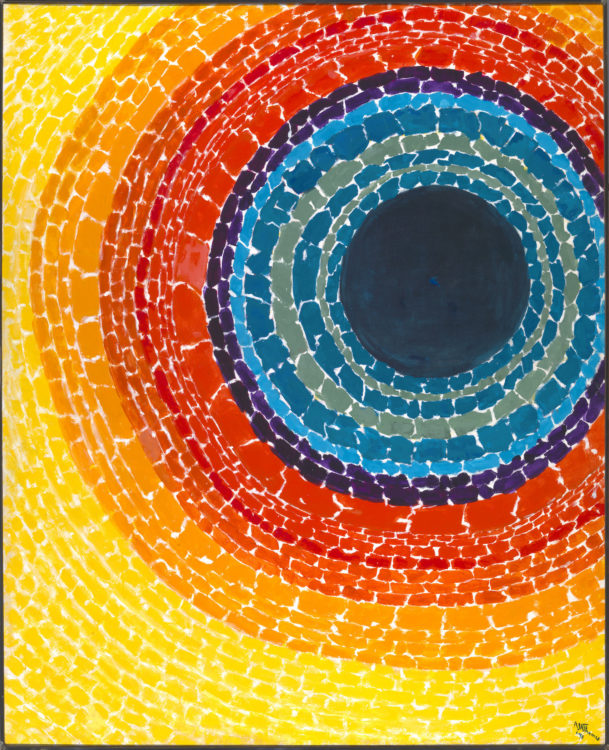 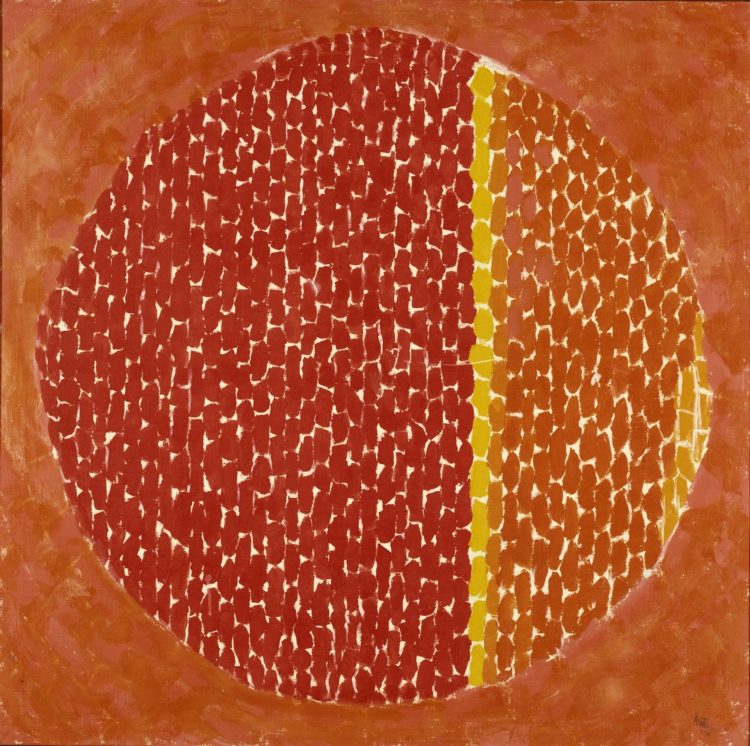 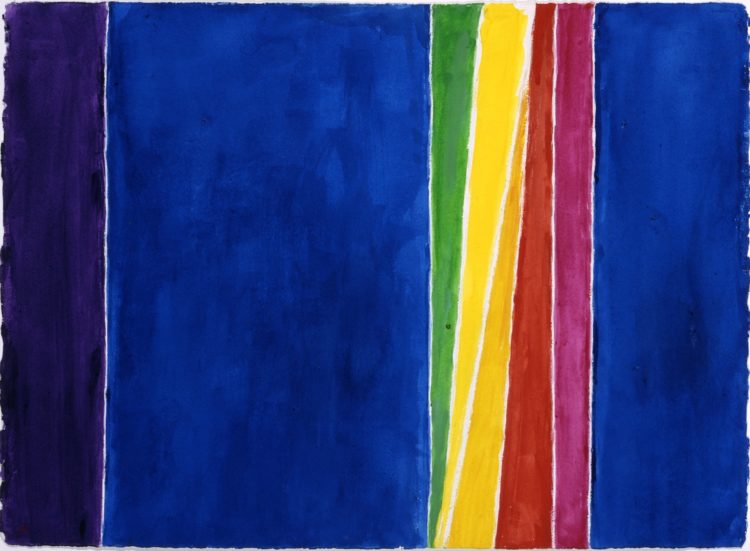 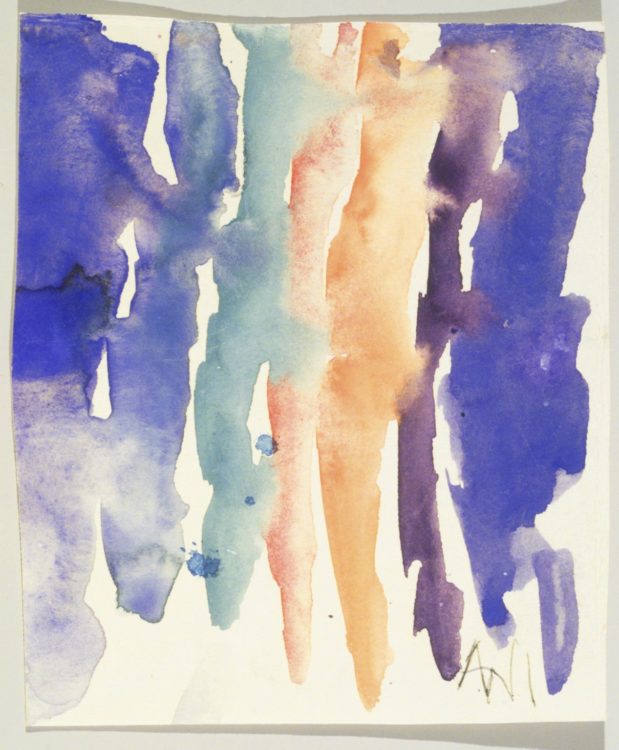 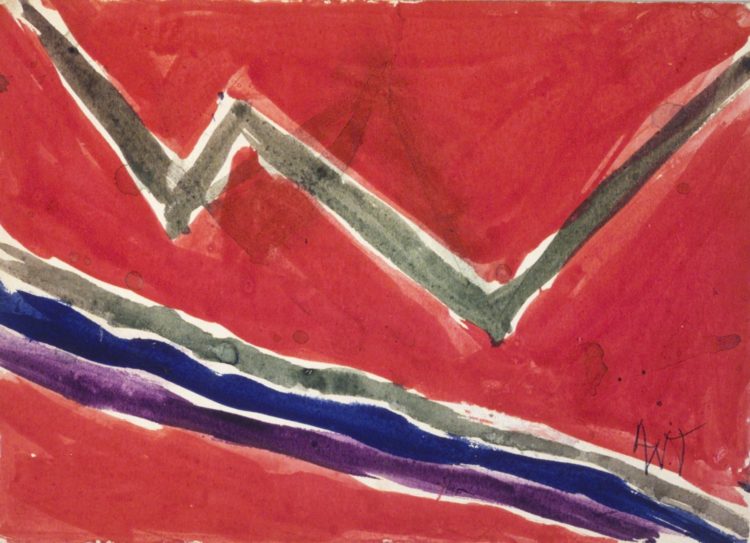 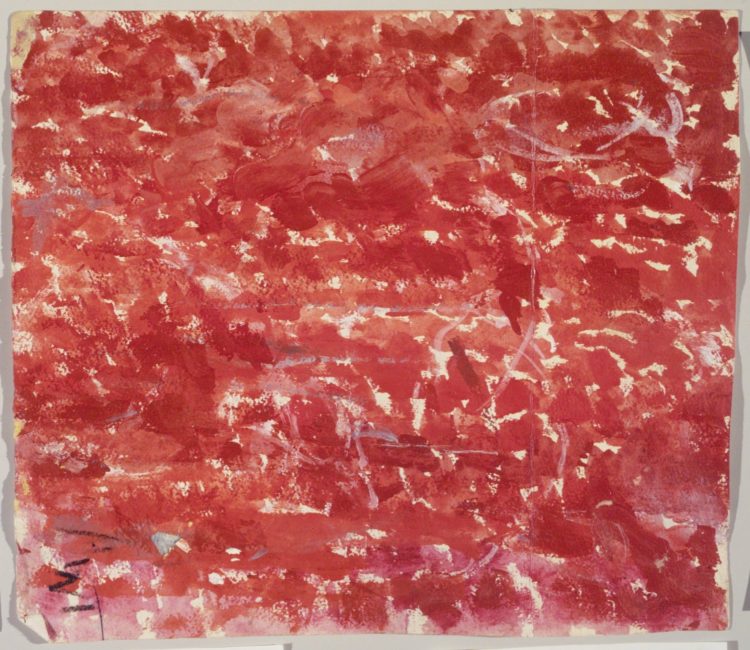 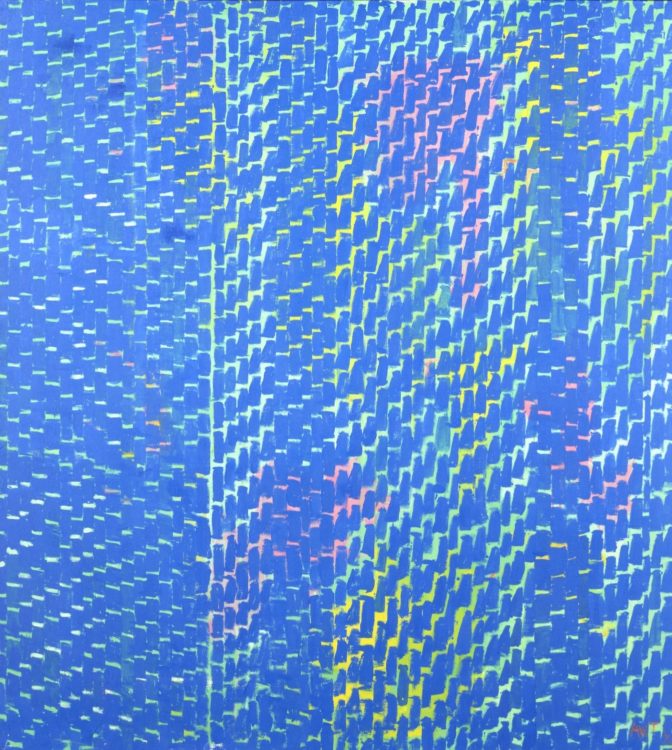 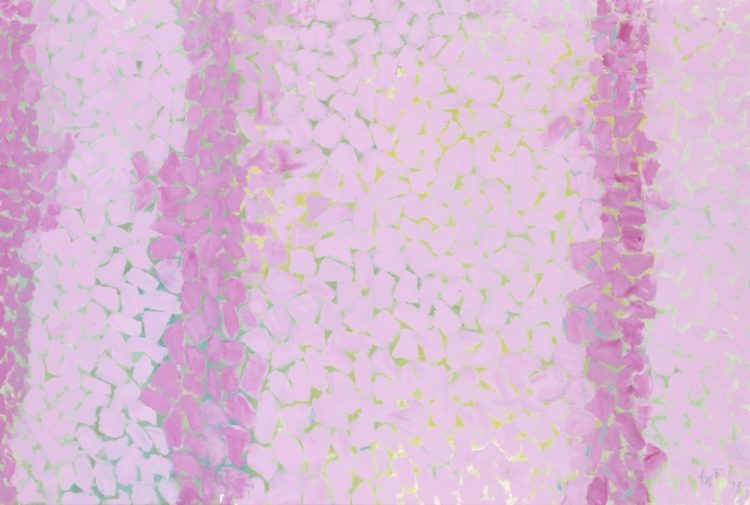 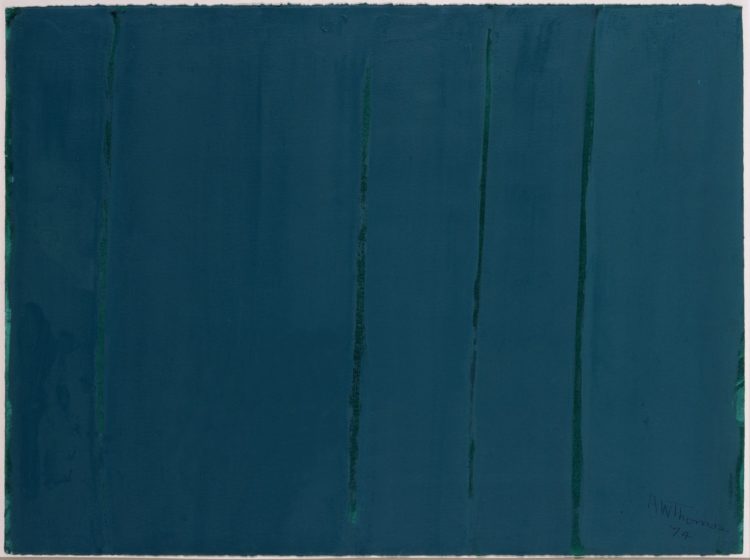 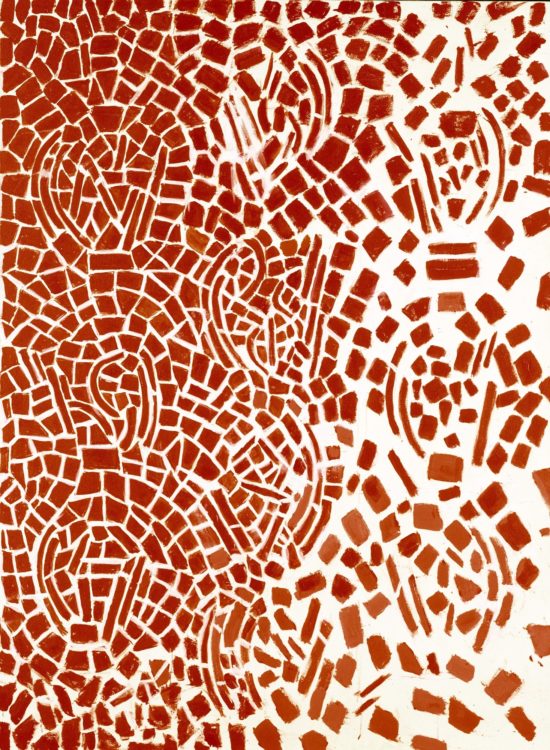 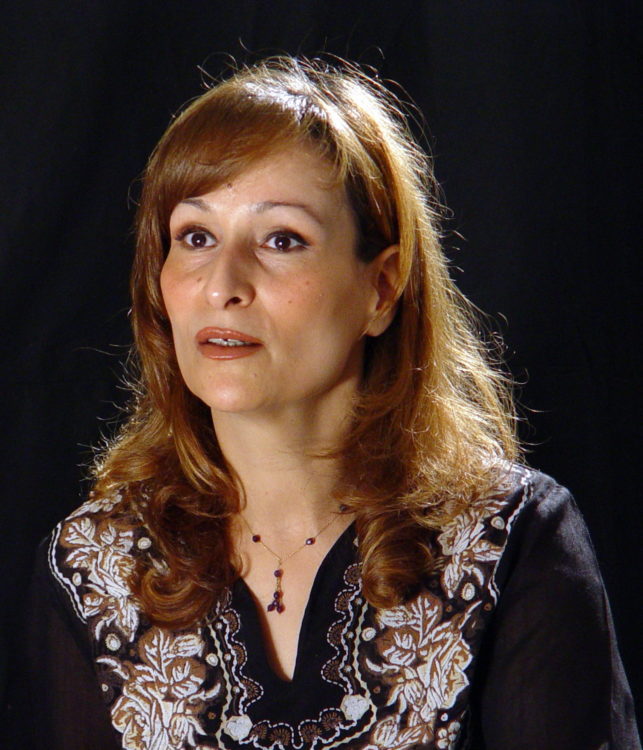