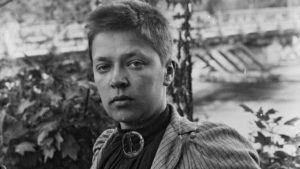 Ellen Thesleff came from a musical family – she herself sang and played piano – and her father was an amateur painter. She spent her youth in Kuopio, a university town about 400 kilometres north of Helsinki. After leaving Kuopio for Helsinki, when she was sixteen, she enrolled in Adolf von Becker’s private painting academy, studying alongside Helene Schjerfbeck and Akseli Gallen-Kallela. ln 1888 Thesleff continued her training at the Finnish Art Society Drawing School in Helsinki, where her teacher was Gunnar Berndtson.
Like many of her compatriots, Thesleff went to Paris to continue her training. In 1891 she enrolled at the Académie Colarossi, where she studied under Gustave Courtois and Pascal Dagnan-Bouveret. Subsequently she traveled to ltaly, spending time in Florence, where she focused on the art of the Renaissance. In ltaly Thesleff met Gordon Craig, who introduced her to the technique of wood engraving.

She was also influenced by Symbolism, and admired the French painter Pierre Puvis de Chavannes as well as the lmpressionists. Along with Willy Finch and Magnus Enckell, Thesleff participated in the creation of the group Septem, which introduced lmpressionism to Finland. Her own work focused on portraits – an image of her sister (Thyra Elisabeth, 1892), evokes the French painter Eugène Carrière – and landscapes.
She traveled often, and exhibited in Florence, Moscow, Paris, Stockholm, and St. Petersburg. Thesleff received a bronze medal at the 1900 Exposition Universelle in Paris. ln Finland she spent most of her time at her family’s home in Murole, near Ruovesi.
Thesleff never married, and continued painting until the end of her life. ln 1944 she participated in the exhibition Finsk Nutidskons, 1914-1944, organized by the Finnish Association of Contemporary Art, and was selected as an honorary member of the Artists Society of Finland. ln 1951 she received the Pro Finlandia medal, given by the nation’s president since 1945 to Finnish artists. Today Theslelf’s works are held mainly in Finland, at the Kuopio Museum and at the Ateneum Museum, in Helsinki, which dedicated an exhibition to the artist in 1998. 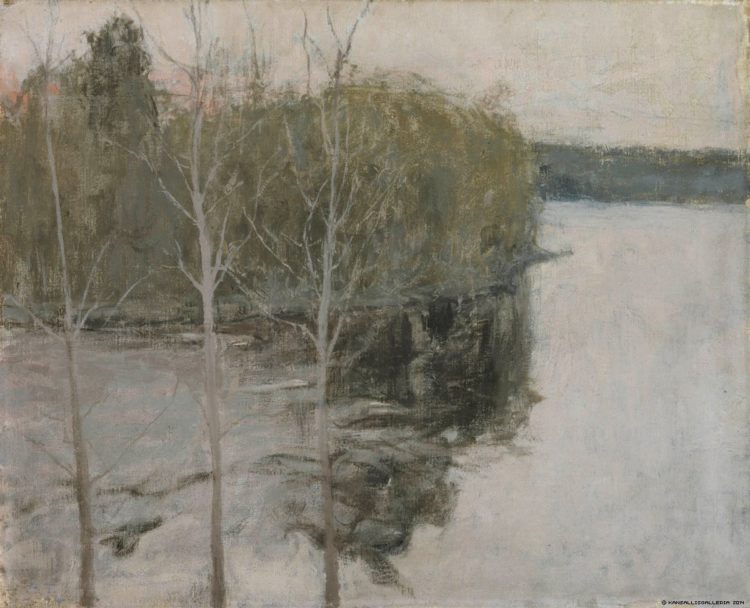 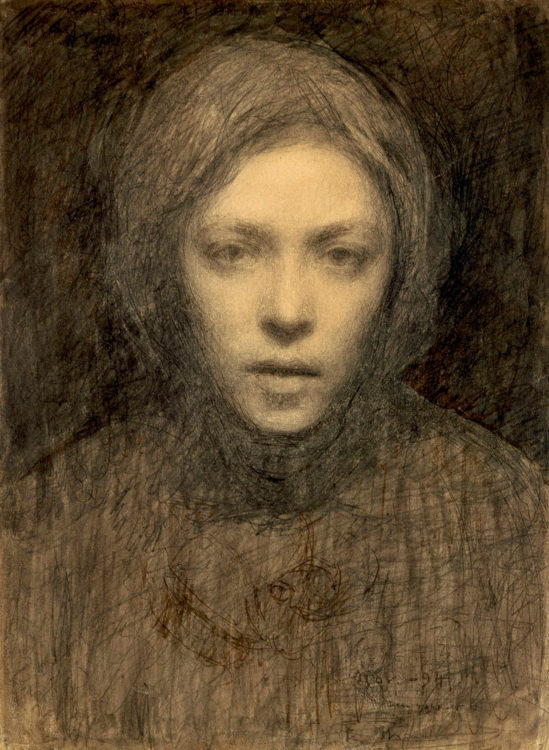 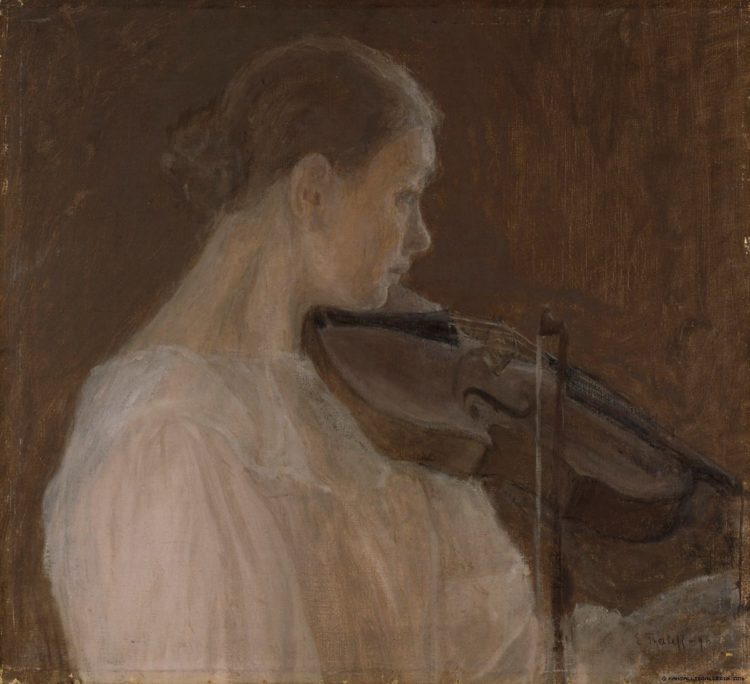 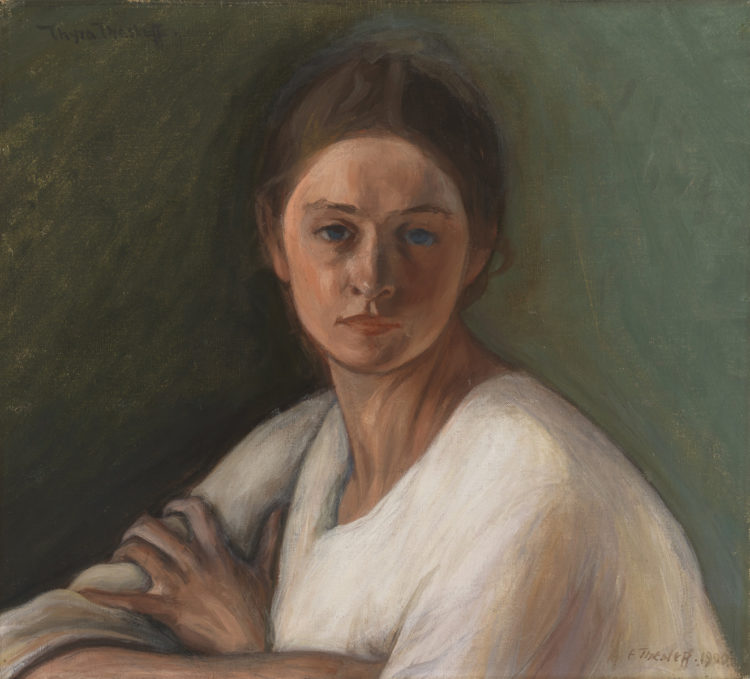 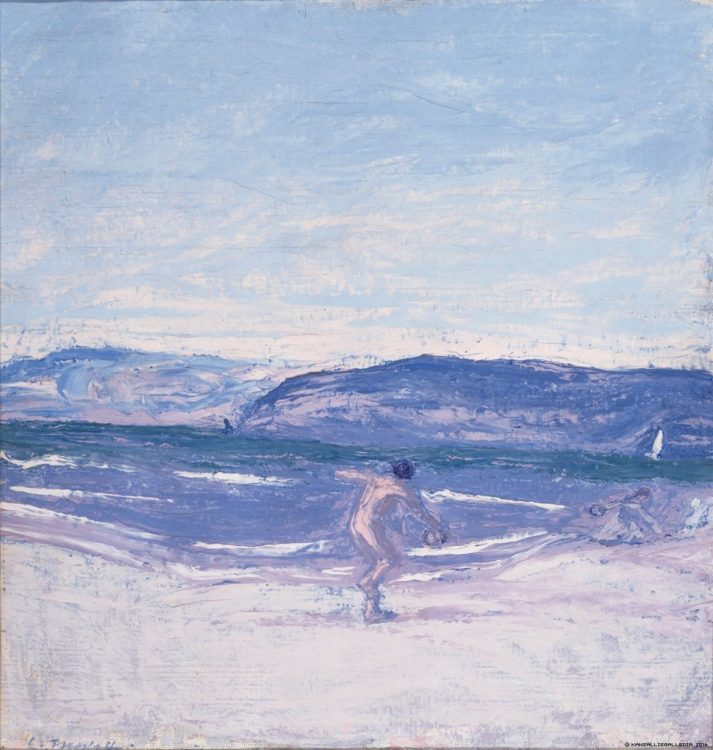 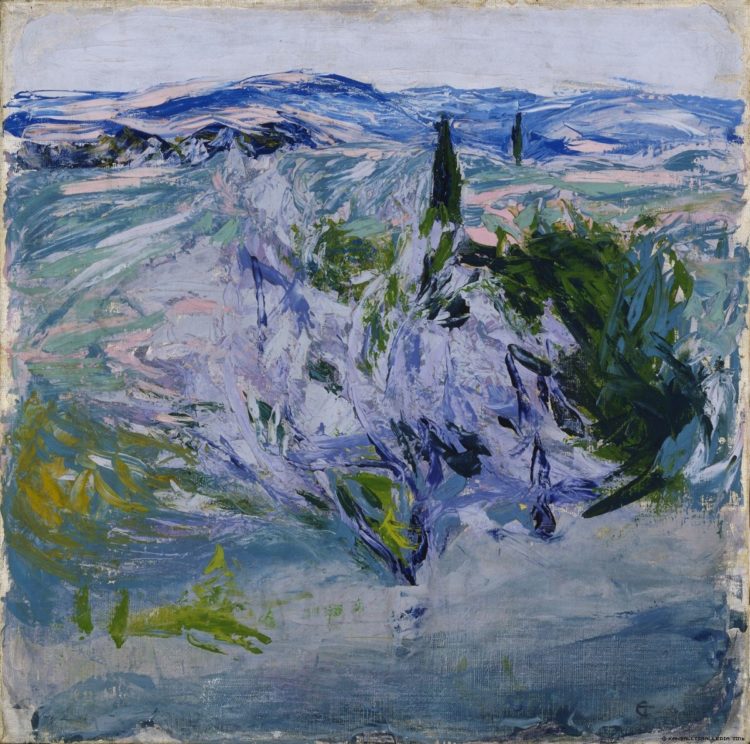 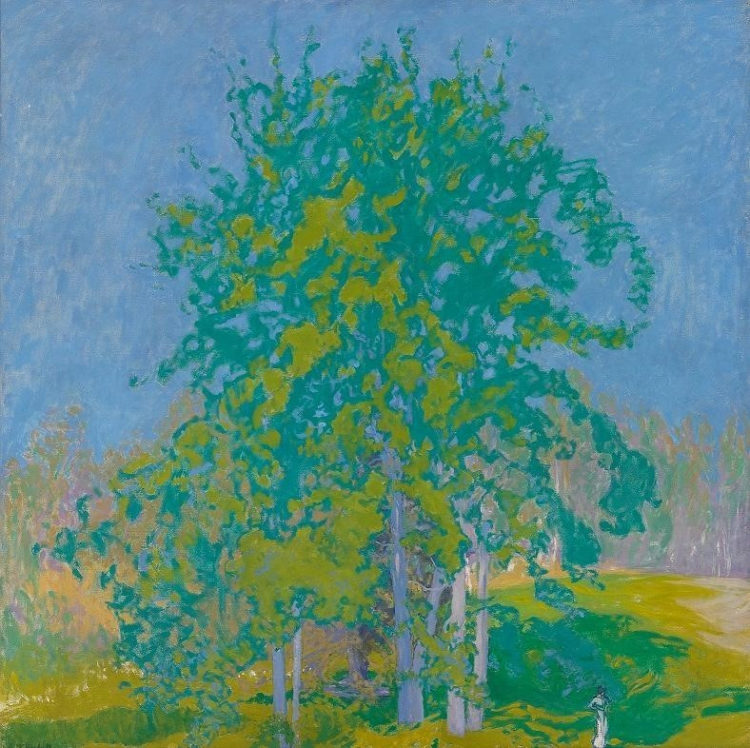 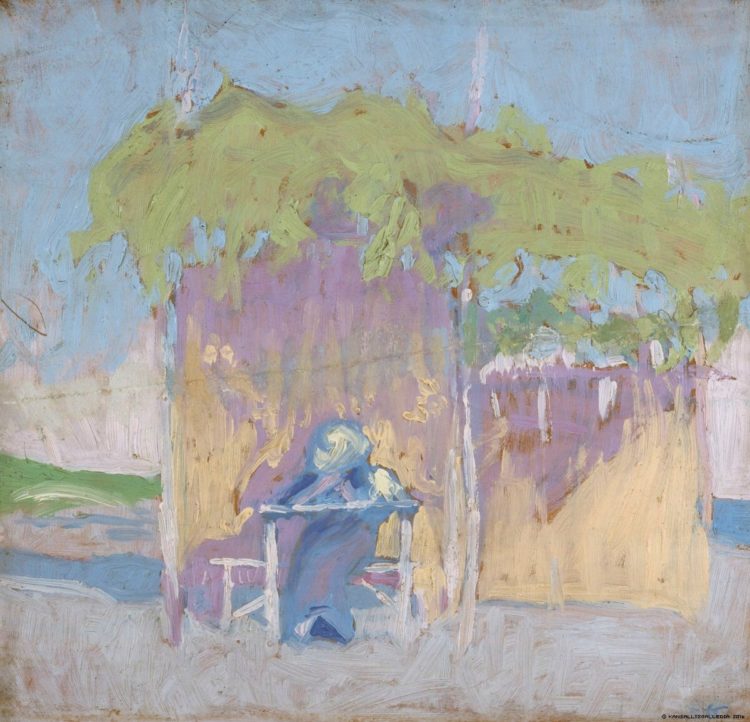 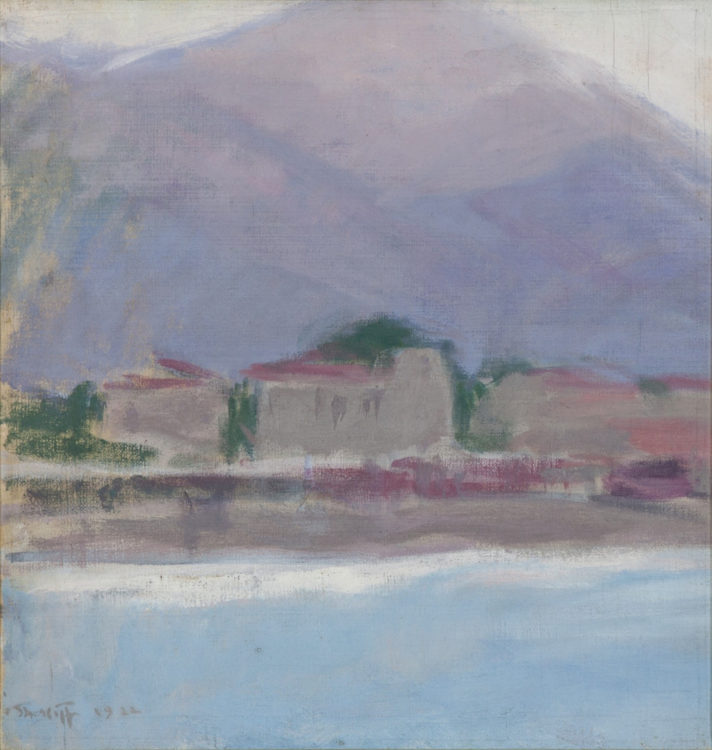 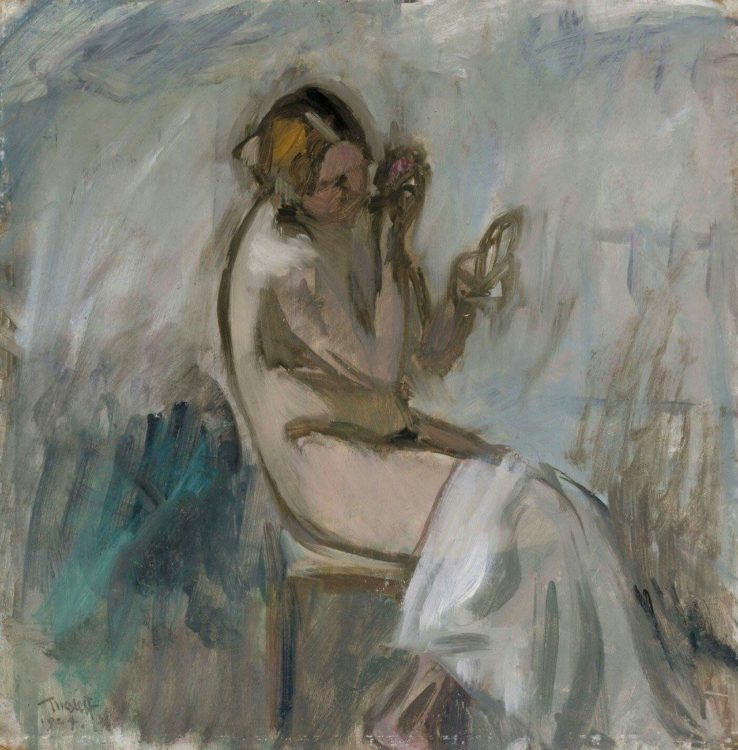 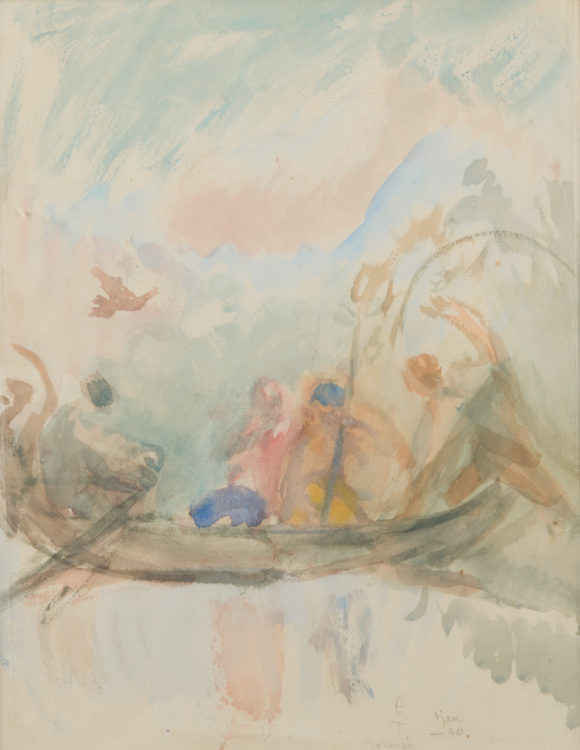