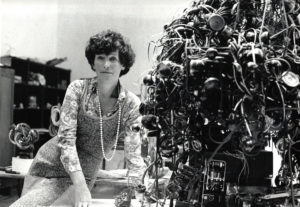 Feliza Bursztyn was born to Polish Jewish immigrants. Her father owned a small textile factory, which allowed F. Bursztyn to pursue studies first in Bogotá, then at the Art Students League in New York, and lastly at the Académie de la Grande Chaumière in Paris. ln 1960 she converted a section of her father’s factory into an art studio. Her early decision to work with scrap metal and other pieces of discarded material was due to a combination of accessibility and of having met the Nouveau Réalisme sculptor César (1921-1998). When F. Bursztyn presented her first of eleven chatarras (sculptures made from scrap) in 1961, she received a harsh review from Walter Engel, one of Colombia’s leading art critics. By 1964 and on the occasion of her second solo show, however, W. Engel and others had reconsidered the possibilities of junk as an art medium. ln 1965 F. Bursztyn won first prize in sculpture at the 17th Salón Nacional, and in 1967 she unveiled a new body of work, made of stainless steel and with a kinetic conponent, which she titled Las Histéricas [The hysterical ones]. These motorized sculptures were occasionally presented in immersive environments that included not only a loud mechanical sound but also a short film titled Hoy Feliza [Today Feliza] by the experimental filmmaker Luis Ernesto Arocha.

ln the 1970s two important works—the series Las Camas [The Beds, 1974] and La baila mecámica [The mechanical dance, 1979]—fully embraced the possibilities of kinetic art in a multimedia setting. Debuting in 1974 at the Museo de Arte Moderno de Bogotá, Las camas consisted of thirteen motorized beds with strange shapes moving suggestively underneath satin sheets to a sound track composed by the experimental musician Jacqueline Nova. Similarly, for La baila mecámica, F. Bursztyn built seven large upright covered sculptures resembling bodies. As with the beds, the figures would “dance” to music with dramatic lighting to complete the stagelike presentation. Some saw these works as political commentaries against the state and the church, which did not bode well for F. Bursztyn. ln 1981, alter two trips to Cuba, she was detained and questioned for two days by the military. Shortly after her release she sought political asylum in Mexico and then settled in Paris, where in 1982 she died of a heart attack at the age of forty-nine. Her work has been collected privately and also by public institutions, such as the Museo de Arte Moderno, Museo Nacional de Colombia, and Banco de la República, all in Bogotá, and Tate Modern, London. 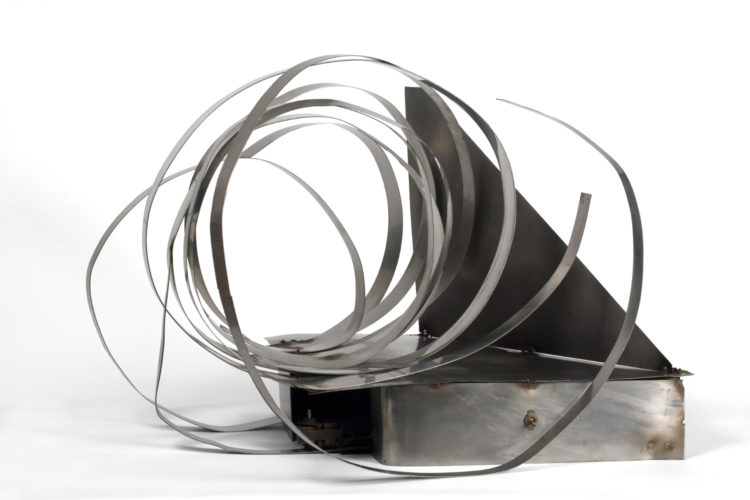 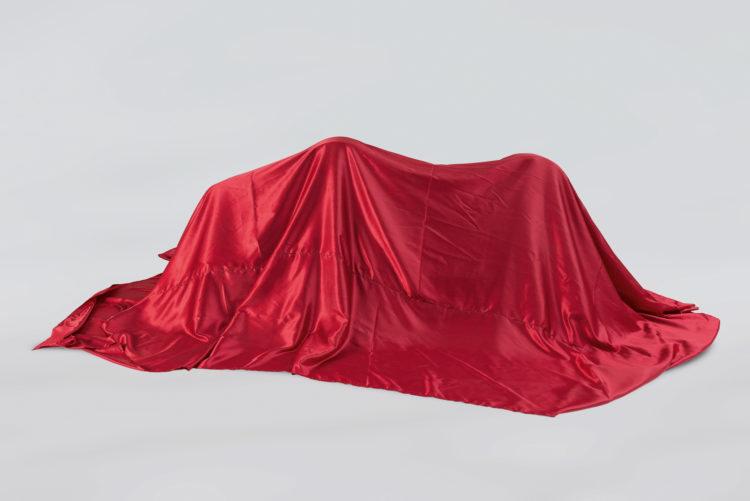 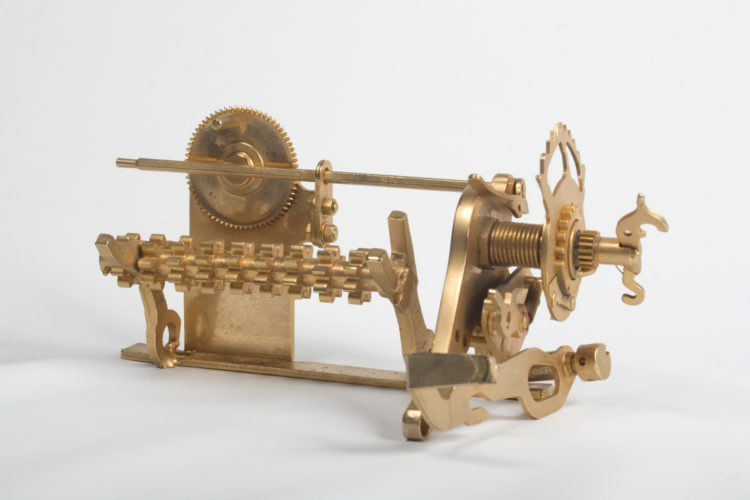 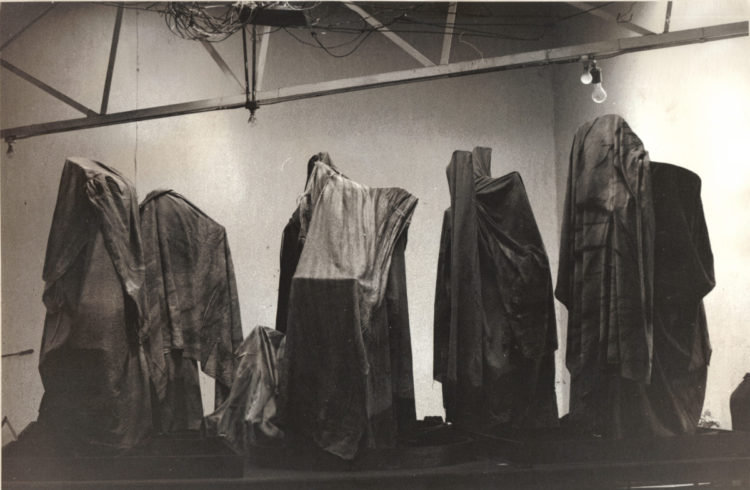 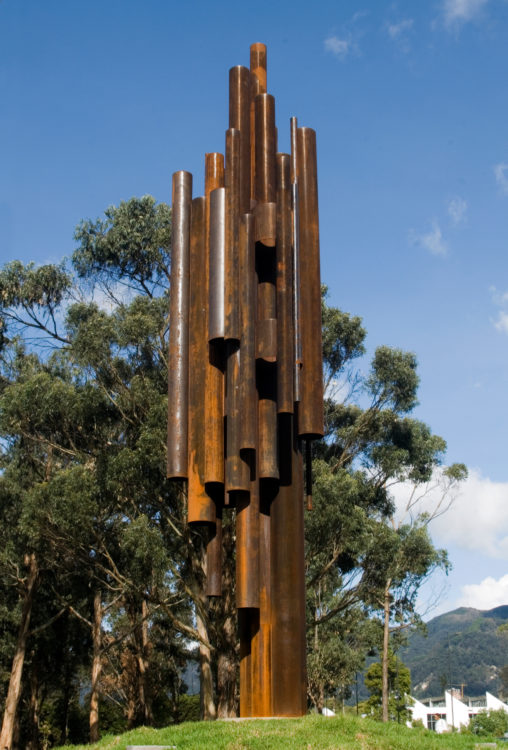 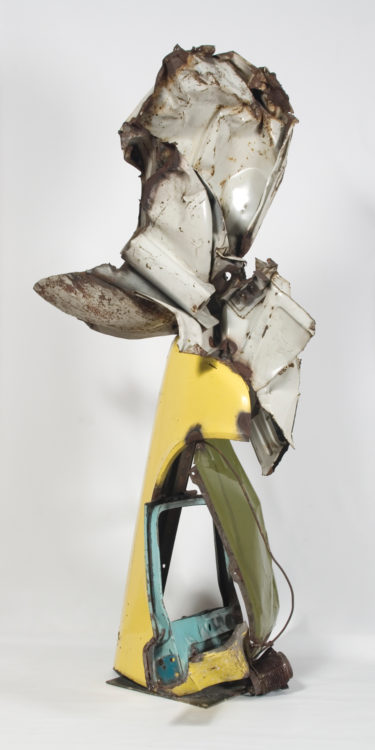