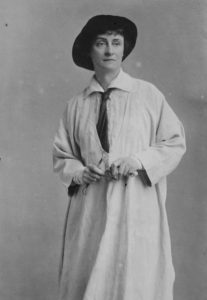 Born to a poor family scarred by the successive deaths of her mother and several siblings, Netta Deweze Frazee Scudder (known as Janet Scudder) discovered drawing at the Rose-Hulman Institute of Technology in Terre Haute, Indiana. In 1888 she chose the name Janet and enrolled in the Art Academy of Cincinnati. Under the tutorship of Louis Rebisso (1837-1899), she perfected her knowledge of drawing and trained in modelling.
In 1891 J. Scudder moved to Chicago to continue her sculpture training at the Art Institute with John Vanderpoel (1857-1911). Once she had completed her studies, she worked as an assistant to sculptor Lorado Taft (1860-1936), who employed several women sculptors known as the “White Rabbits”. She worked with Taft and her colleagues on the construction of the 1893 Chicago World’s Exposition and was commissioned to create two sculptures for the Illinois and Indiana buildings, for which she earned a bronze medal. Her admiration for the latest works of the French school of sculpture led her to cross the Atlantic to pursue her training in Paris.
Between 1894 and 1898 she took classes at the Académie Colarossi and Académie Vitti, where she met Frederick MacMonnies, an American sculptor and medallist who had lived in Paris since 1884. She convinced him to take her on as a pupil and as an assistant and to share his practical knowledge with other American women sculptors, so much so that the studio was soon dubbed “the atelier of Angels”.

In 1896 J. Scudder returned to the United States for a few months and received her first major commission: a seal for the New York Bar Association. She travelled to Italy in the winter of 1899-1900 and was deeply impressed by the works of Verrocchio (1435-1488) and Donatello (1386-1466) that she saw in Florence. From then on her style moved towards an ornamental depiction of childhood, and she modelled her first fountain subject, an impish cherub surrounded with frogs. Her reputation grew when the Metropolitan Museum of Art in New York bought her original Frog Fountain (1901-1906) and the architect Stanford White ordered two more for his clients’ gardens. She would go on to produce numerous versions of these “Water Babies” between 1908 and 1913.

In addition to her sculptural work, J. Scudder, whom F. MacMonnies had introduced to the art of medal engraving, captured the attention of the cosmopolitan elites of Paris with her portrait medallions and plaques. This aspect of her production was at first a way for her to earn an additional income and would later serve her renown and posterity. In 1907 she was the first American woman sculptor to have her works purchased for the collections of the Musée du Luxembourg – a set of five portraits, including Percy Chubb, Esq. (1903). She won a bronze medal at the Saint-Louis World’s Fair in 1904 and an honourable mention for her Young Diana (1910) at the Salon des Artistes Français. She kept up her career on both sides of the Atlantic and exhibited regularly in Paris between 1899 and 1914 while maintaining a studio in New York. She would choose to live in France more permanently as from 1909.

J. Scudder was involved in the lively artistic circles of the pre- and post-war years and was linked to the “Americans in Paris” group initiated by Mary Cassatt (1844-1926). She was friends with Gertrude Stein and Man Ray (1890-1976), who photographed her in 1925. She was also close to Jane Poupelet (1874-1932), from whom she purchased works to exhibit them in the United States. She spent the war years in her native country, entrusting her studio to J. Poupelet and Anna Ladd (1878-1939) and letting the French Army use her country house in Ville-d’Avray as an infirmary. During this time, she raised money for the Lafayette Fund and Red Cross, all the while keeping up her artistic practice. In 1916, the Indiana Historical Commission had her design a commemorative medal for the state’s centennial, and she also created the sculpture Victory (c. 1915); also known as Femina Victrix, the winged bronze figure symbolised women’s contributions during World War I.

J. Scudder’s advocacy for the recognition of women artists and, to a greater extent, her fight for women’s rights, is well documented. From her first exhibitions, she refused to have “Miss” added to her name in catalogues and took exception to the works of women being presented separately from their male counterparts (“Janet Scudder Tells Why So Few Women are Sculptors”, New York Times interview, 18 February 1912). She became a member of the New York State Woman Suffrage Association in 1915 and was also a member of the Art Committee of the National American Woman Suffrage Association, the American National Sculpture Society and the National Society of Arts. In 1920, she was elected an associate of the National Academy of Design.
A first solo retrospective exhibition of her work was held in November 1913 at the Theodore Starr Galleries in New York. In 1925 she was made Knight of the French Legion of Honour and published her autobiography, Modeling my Life. In the 1930s she pursued landscape painting, some of which she exhibited in May 1932 at Galerie Vignon in Paris and in 1933 at the Macbeth and Zak galleries, New York. When war was declared in 1939, she left France for the United States to live with her last partner, author Marion Benedict Cothren, in Rockport, where she died the following year.

J. Scudder’s name and work is better known in her native country than in France. In the United States numerous articles were published about her in her lifetime, the first of which was written by Leila Mechlin in 1910. Mary E. Warlick wrote a thesis on her in 1976. In France the studies that mention her name only focus on her social circle or her status as an expatriate sculptor (for example, the exhibitions Les Américains dans les écoles d’art, 1868-1918, Château de Blérancourt, 1990; Jane Poupelet, Musée de La Piscine, Roubaix, 2005; Sculpture’Elles, Musée des Années Trente, Boulogne-Billancourt, 2011). 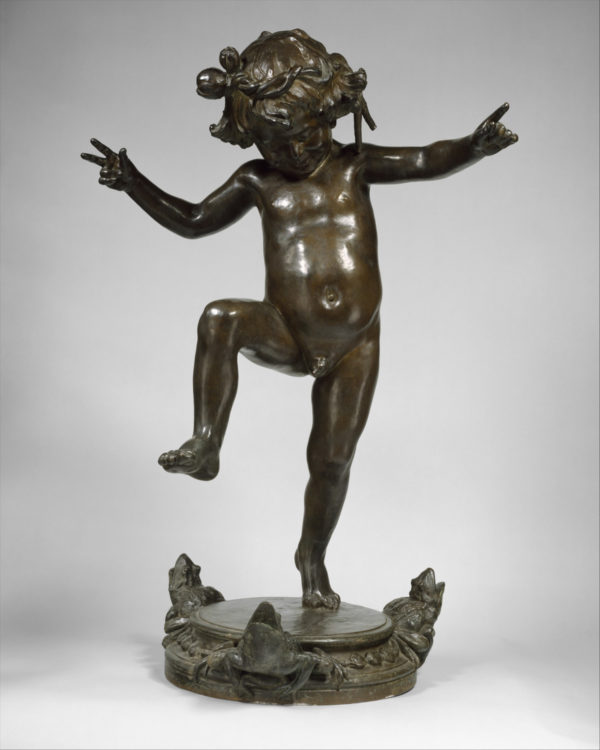 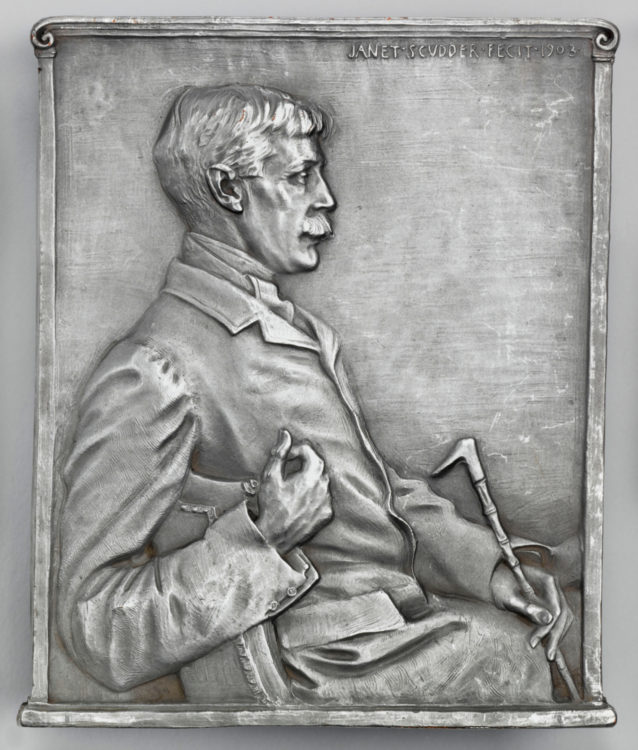 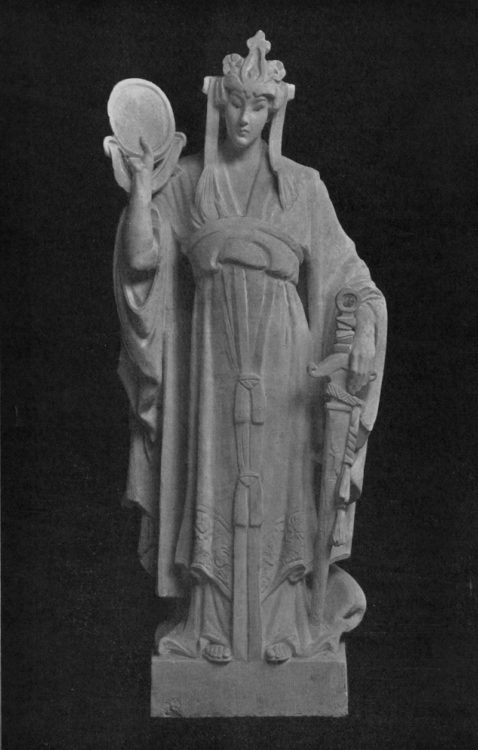 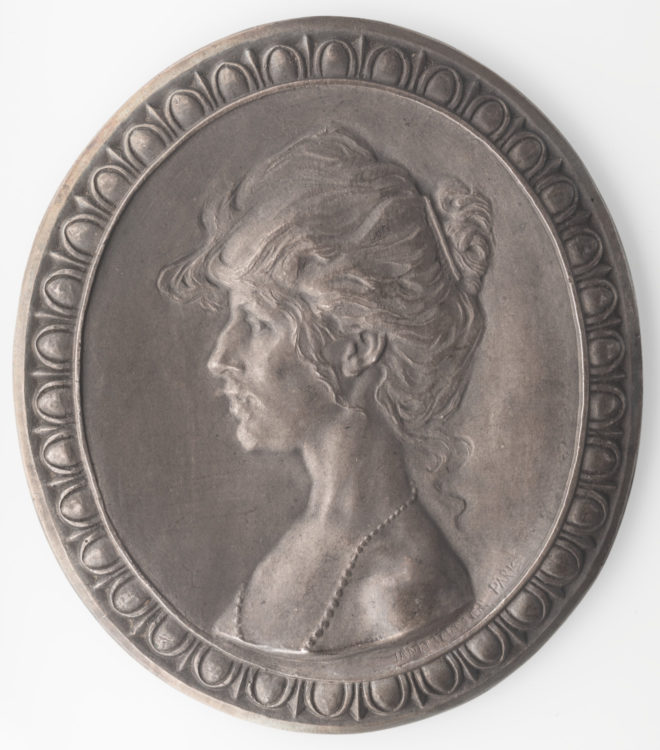 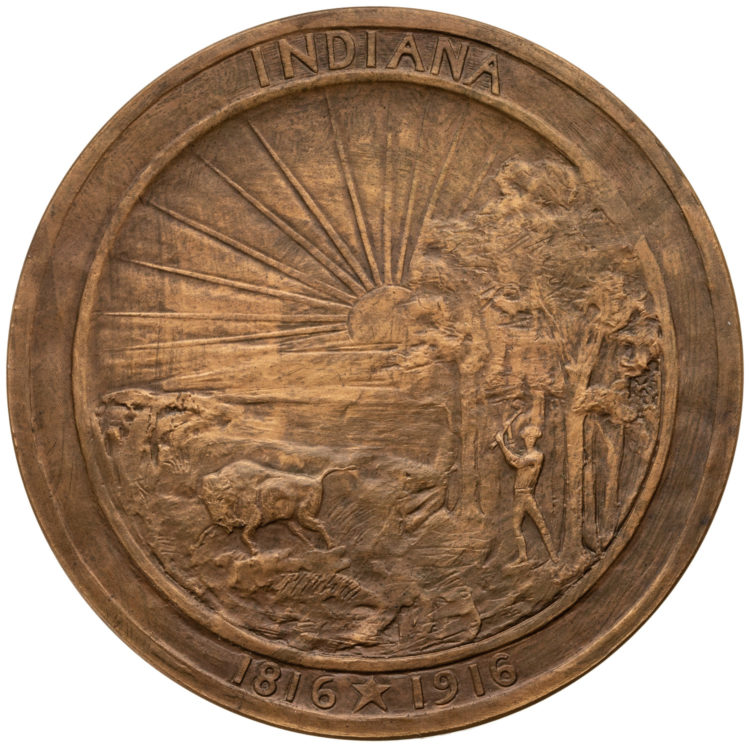 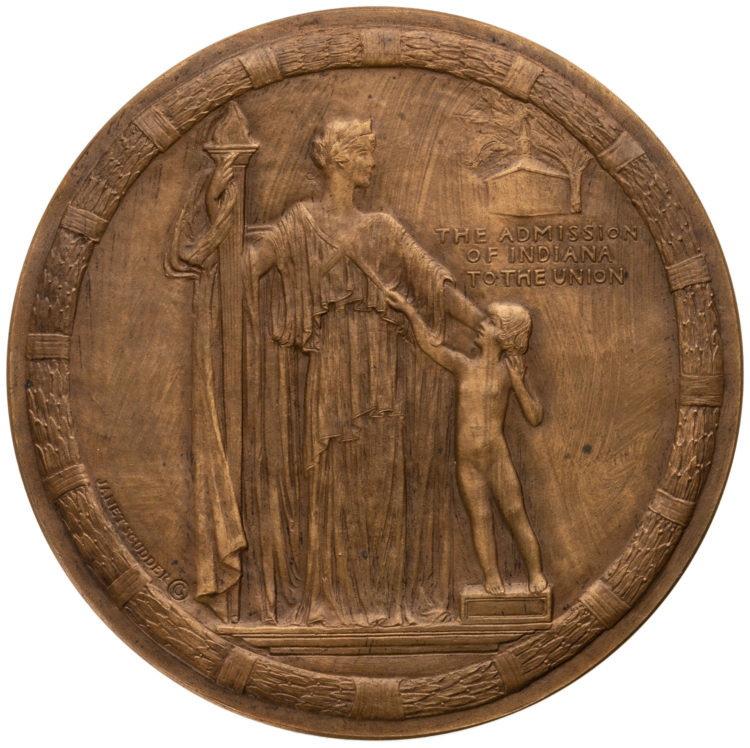 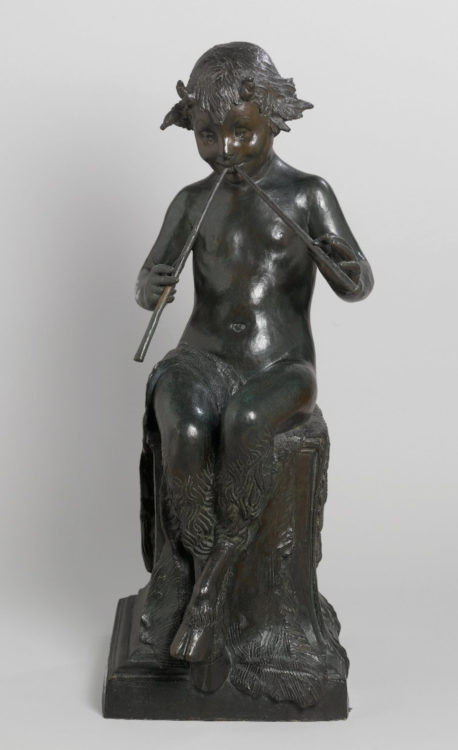 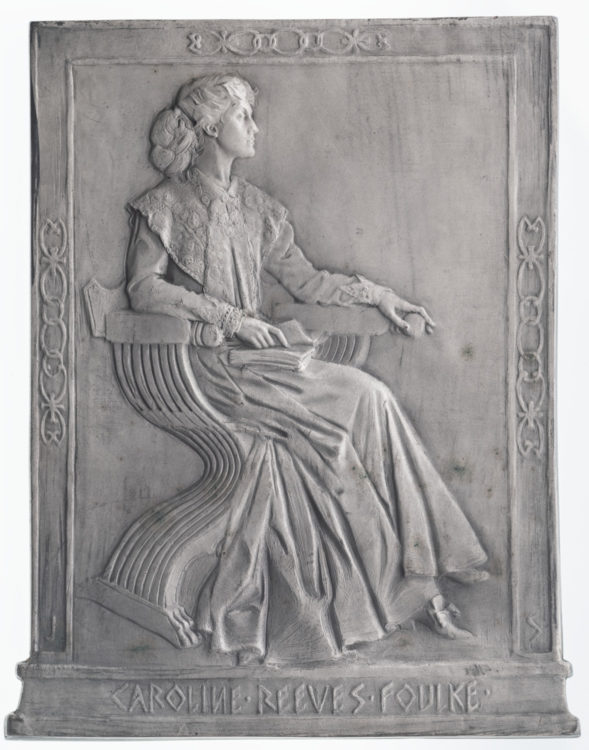 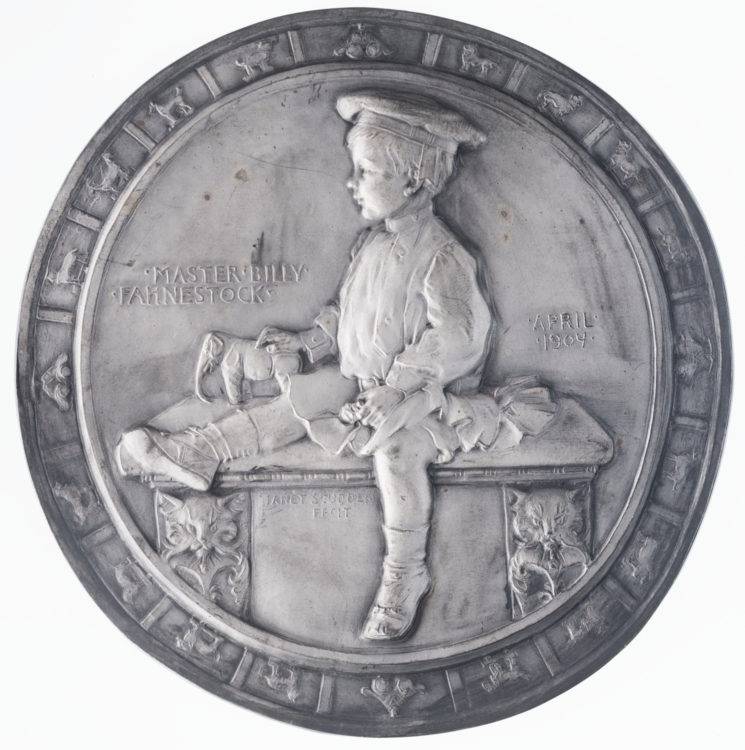 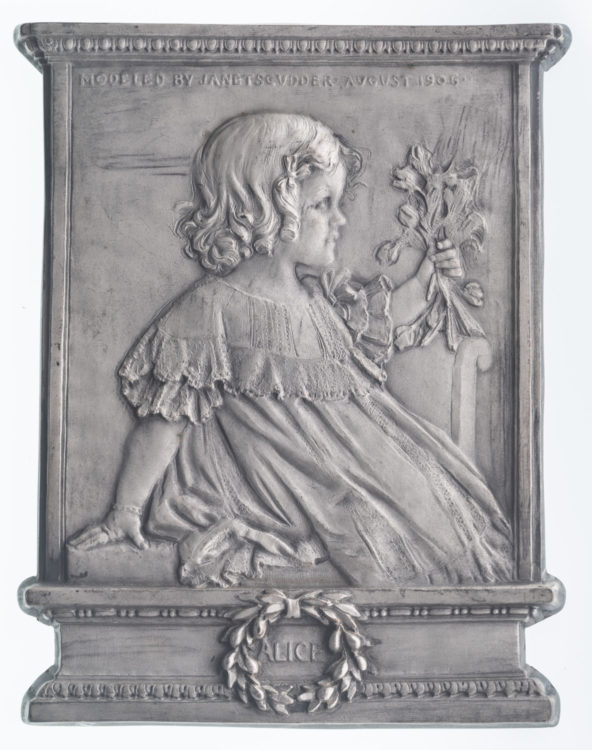