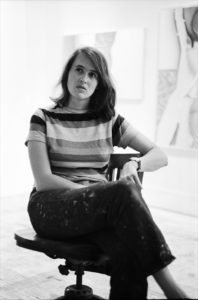 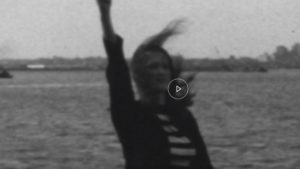 In the 1960s, within a male-dominated arts scene, Austrian artist Kiki Kogelnik never ceased to question the body, aligning feminism with technology. Born in Bleiburg, Kiki Kogelnik studied art in Vienna between 1954 and 1958. She created abstract artworks alongside artists Maria Lassnig and Arnulf Rainer but felt somewhat out of phase with Abstract Expressionism. Notably following her acquaintance with Sam Francis, who advised her to move to the United States, she left in 1961 for Santa Monica and later, New York. There, she met some of the emblematic figures of American Pop Art: such as Roy Lichtenstein, Andy Warhol, Robert Rauschenberg, and Claes Oldenburg. Kogelnik tended towards figuration and created paintings, drawings, and installations in a pop aesthetic: using bright, shimmering colours, new materials, and industrial techniques. America represented an opposing force to what Kogelnik had heretofore experienced in Austria, which was still economically depressed due to World War II.” . New York was the emblem of mass consumerism, which gave rise to new media of distribution, the fertile terrain of the pop art movement. Fascinated by this disembodied consumer society, she questioned the social, political, and intimate body, capturing the contours of human bodies. Using her own body or that of male or female friends, she traced their outlines onto various materials (plastic, packaging paper, cardboard) that she cut out and reused in her artworks. She notably produced a set of silhouettes cut out of pieces of coloured vinyl for the series Hangings that she began in the late 1960s. These profiles were then hung on hangers or drying racks in the manner of human carcasses. The bodies appeared stripped and emptied of all life, as though sagely awaiting resurrection.

While anatomy was a recurrent thematic in the artist’s work, science and new technologies also played a fundamental role. Kogelnik maintained an ambiguous relationship with the latter. A child of the H-bomb, the Vietnam War and Hiroshima, scientific experimentation both fascinated and terrified her. Bombs, rockets, spaceships, irradiated bodies (Liquid Injection Thrust, circa 1965), and bodies altered by the addition of electronic elements (Transparent Woman, 1965), or mechanisms (Vibration on a Composite Circuit, 1965), or with missing limbs were all central themes of her production. The works of Kogelnik endlessly navigated between two diametrically opposed worlds, between dystopia and utopia, in which science was as oppressive and destructive as it was liberating and meaningful. Characterised by a strong desire for experimentation, in the late 1970s she created large screen-print reproductions featuring strange female characters. The figures gradually emerged, even if their facial features remained succinct and sketched out in simple lines like masks. Kogelnik was to produce variations on this theme of the mask in sculptures until the end of her life, thus continuing to explore the singularity of emotions in a world in which individuals tended towards standardisation. Initially using ceramics, she turned her attention to Murano glass between 1994 and 1996, a material whose decorative aspect she strived to subvert. Almost twenty years prior to Donna Haraway’s A Cyborg Manifesto (1985), Kiki Kogelnik was already dreaming of a post-human future in which identities and bodies were continually deconstructed and distorted in a powerful and energetic desire for emancipation. 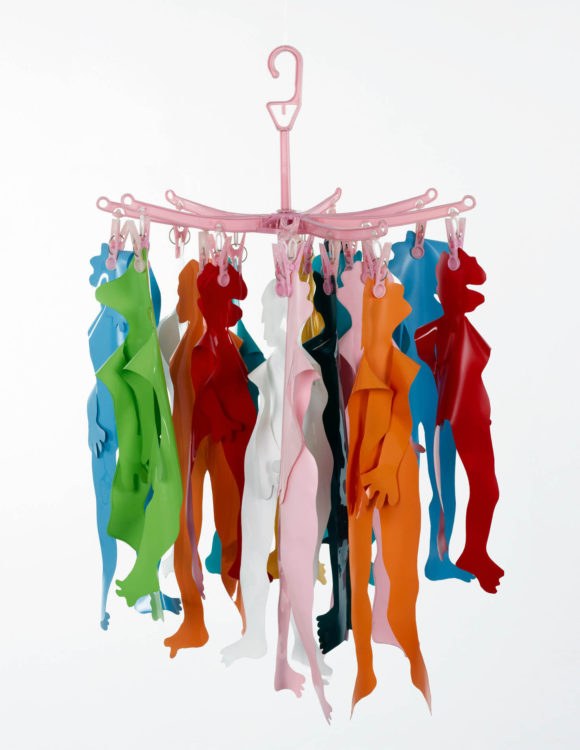 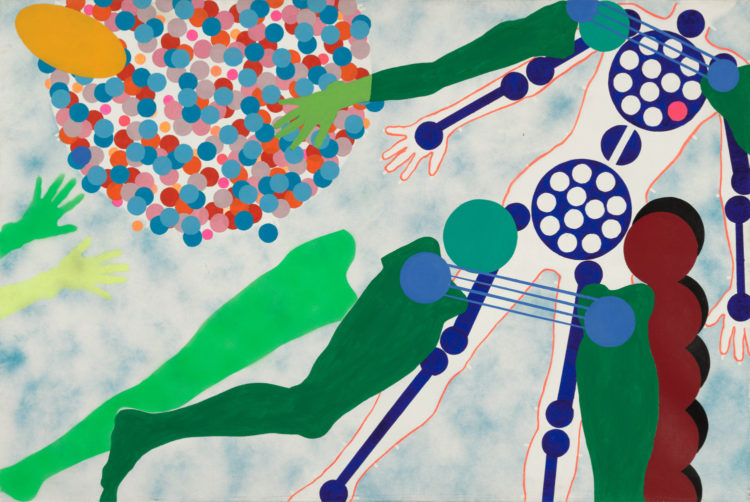 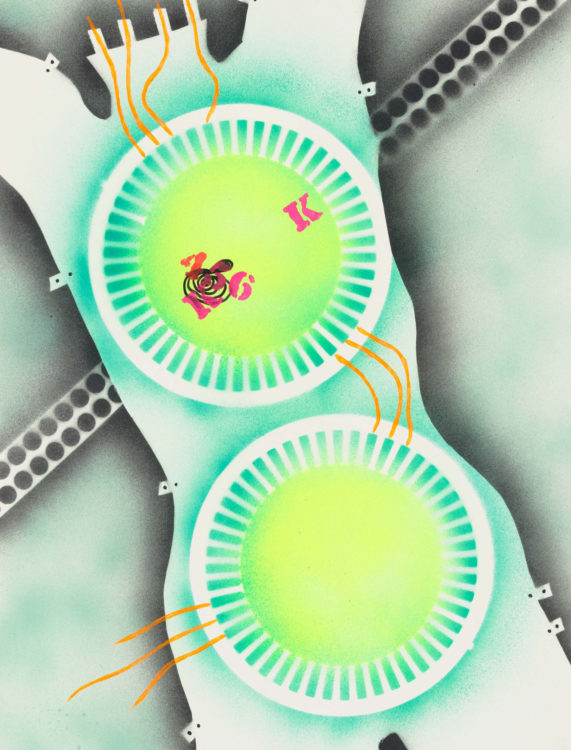 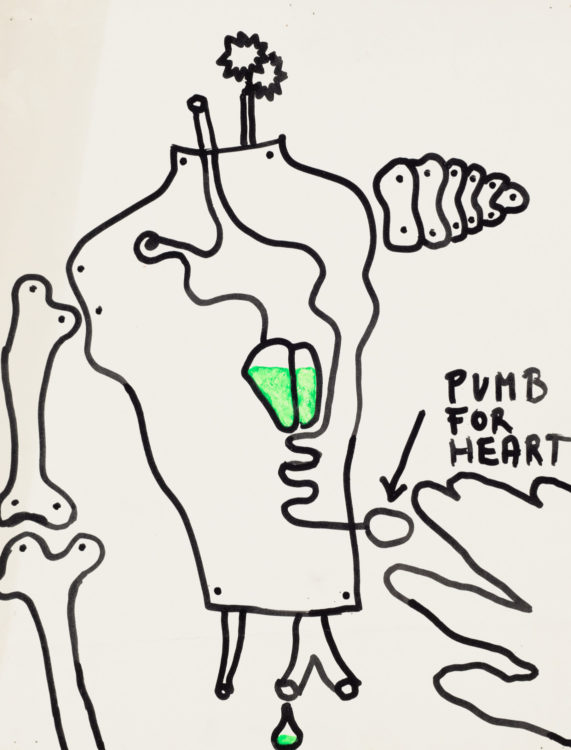 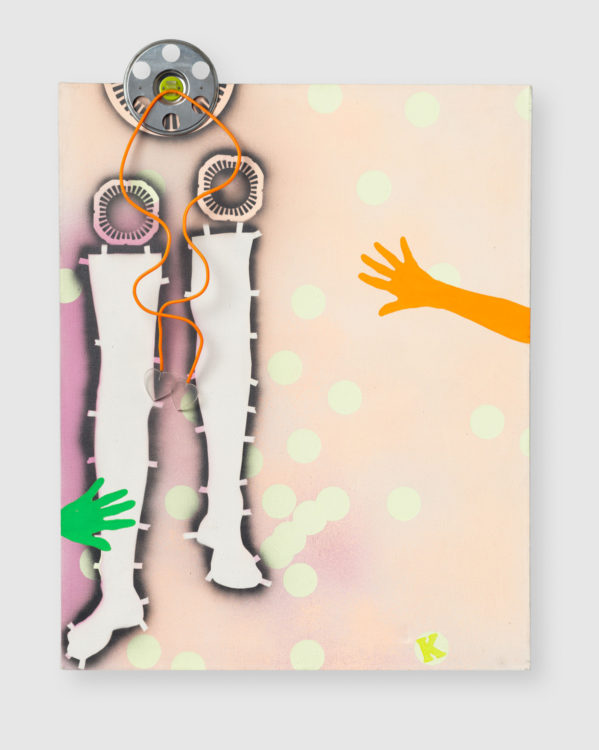 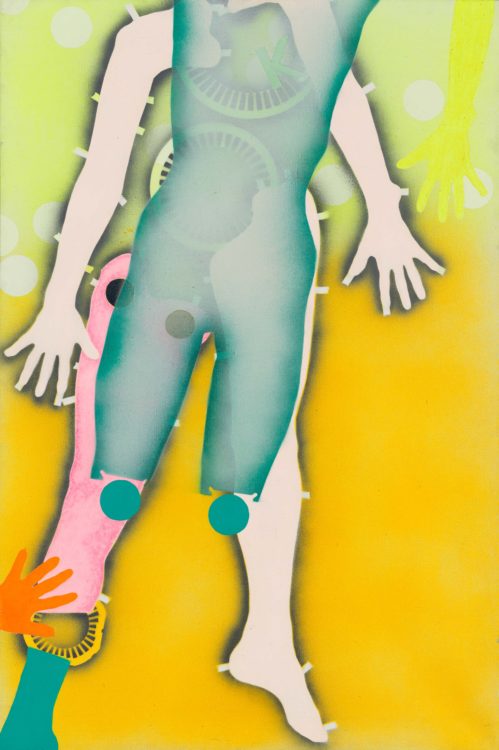 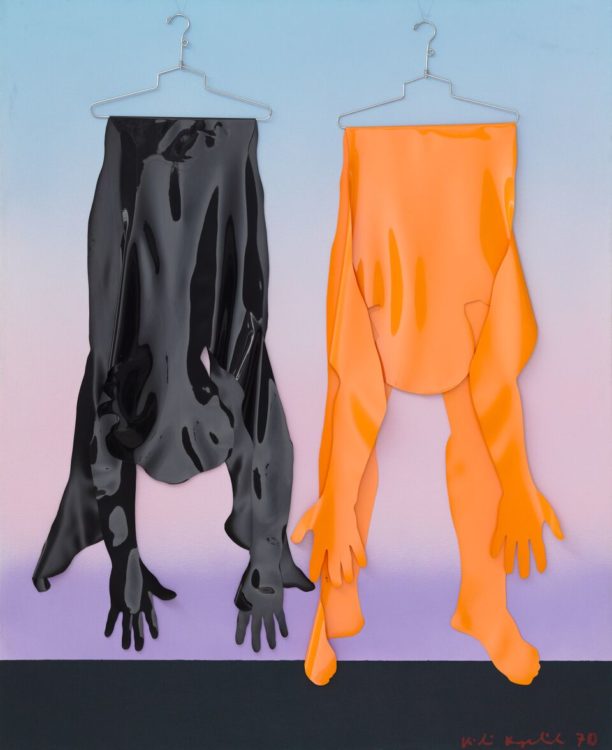 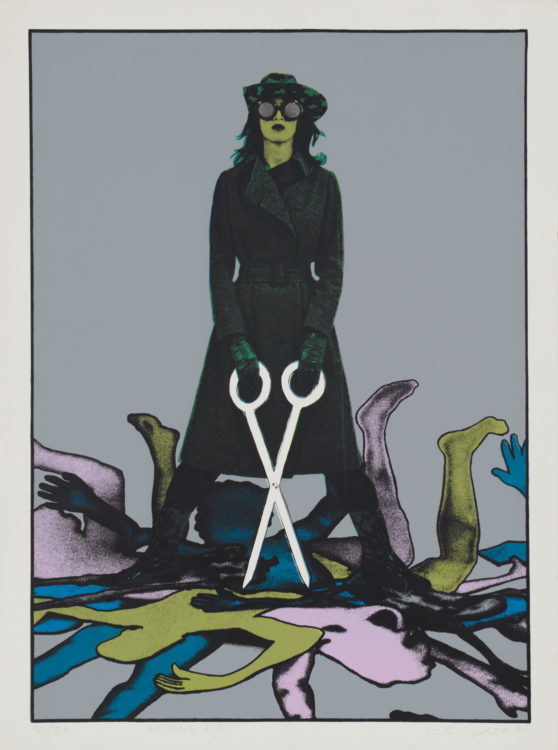