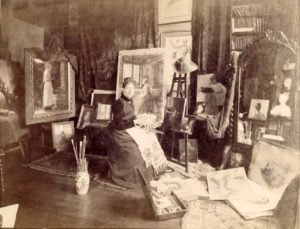 Klumpke Anna, Memoirs of an Artist, Boston, Wright and Potter, 1940

Anna Klumpke was born in San Francisco but travelled to Europe in 1865 for medical treatment. She was raised by her mother, who had divorced her father, with her four sisters, all of whom would live remarkable lives. Augusta (1859-1927) became a neurologist, Dorothea (1861-1942) an astronomer, Mathilda (1863-1893) a pianist, and Julia (1870-1961) a violinist and composer. In the 1870s A. Klumpke started taking drawing lessons at a German boarding school before moving to Italy when she was nineteen to study painting. There she began selling her works – particularly flower paintings – to tourists in order to pay for her tuition. She later moved to Paris where she copied works in museums, such as Labourage nivernais (Ploughing in the Nivernais, 1849) by Rosa Bonheur (1822-1899), which she sold to her aunt, using the money to pay for classes at the Académie Julian. She made her debut at the Salon des Artistes Français in 1882 with Une excentrique [An eccentric]. At that time she was a student of Tony Robert-Fleury (1837-1911) and Pierre Auguste Cot (1837-1883). Her style remained academic throughout her career, with the addition of occasional Impressionistic elements in its later years.

A. Klumpke began painting commissioned portraits in 1882. In 1885 she received an honourable mention at the Salon des Artistes Français for a portrait of her sister Augusta. The animal painter Félix de Vuillefroy (1841-1916) invited her to spend a month at the Château de Thury and gave her advice on sketching from nature and colour blending. Following her stay, she exhibited La Buanderie [In the wash-house] in 1888. The canvas caught the attention of American curator Sara Tyson Hallowell, who had it sent to the World’s Columbian Exposition in 1893 and to the Pennsylvania Academy of Fine Arts. A. Klumpke became the first woman to receive the Temple Gold Medal.
She exhibited a portrait of her mother at the Salon des Artistes Français in 1889 and, that same year, won a bronze medal with Une Merveilleuse at the World’s Fair. During a stay at the Stanton family’s house in the south of France, she painted a portrait of American feminist, abolitionist and suffragist Elizabeth Cady Stanton. The emphasis on the depiction of her face and the overall composition were reminiscent of portraits by Léon Bonnat (1833-1922).

Due to her ties to the United States, A. Klumpke entertained and advised American visitors. It was on such an occasion that she met R. Bonheur in 1889 as she came on a visit with the horse breeder John Arbuckle. In 1891 A. Klumpke was invited to Boston to paint portraits and exhibited in 1892 at the St. Botolph Club. Upon returning to Paris in 1895 she convinced pastellist François Thévenot (1856-1943) to train her in the technique. In 1898 she presented thirty-nine works at a dedicated exhibition at the Albany Historical and Art Society. She returned to France at R. Bonheur’s request to paint her portrait. The formal portrait, which is kept at the Metropolitan Museum of Art in New York, shows the artist wearing her Legion of Honour medal. R. Bonheur suggested that A. Klumpke move in with her in By and become her biographer. She painted a second portrait of the artist, now kept at the Château de Fontainebleau, around1899. R. Bonheur died on 25 May that same year, making her last partner, A. Klumpke, her sole heir.
A. Klumpke founded the Rosa Bonheur Memorial Art School for Women Painters and Sculptors in By. During World War I she converted her studio to an infirmary to tend to wounded soldiers. When the war ended she resumed her career to great success at the Salon. In 1931 she received a bronze medal for La Joie du foyer (Home Bliss]). She was made Knight of the Legion of Honour in 1924 and ascended to the rank of Officer in 1936. In 1942 her ashes were buried next to the graves of R. Bonheur and Nathalie Micas in Père-Lachaise Cemetery, Paris. 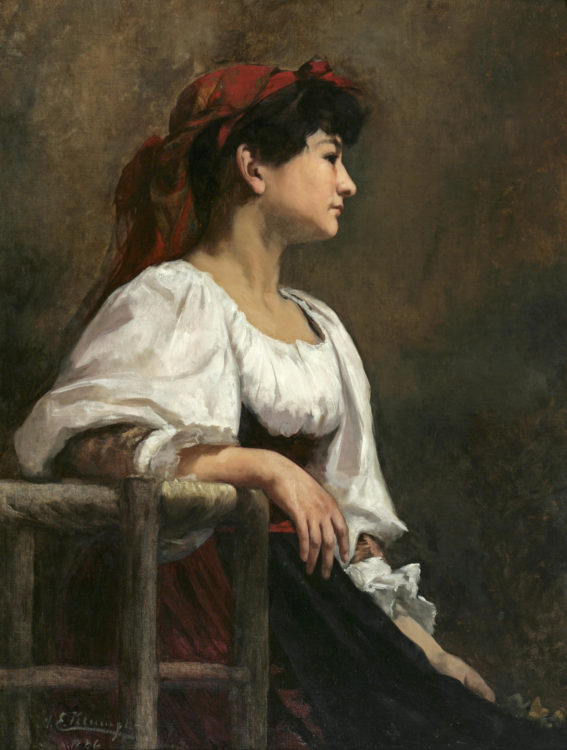 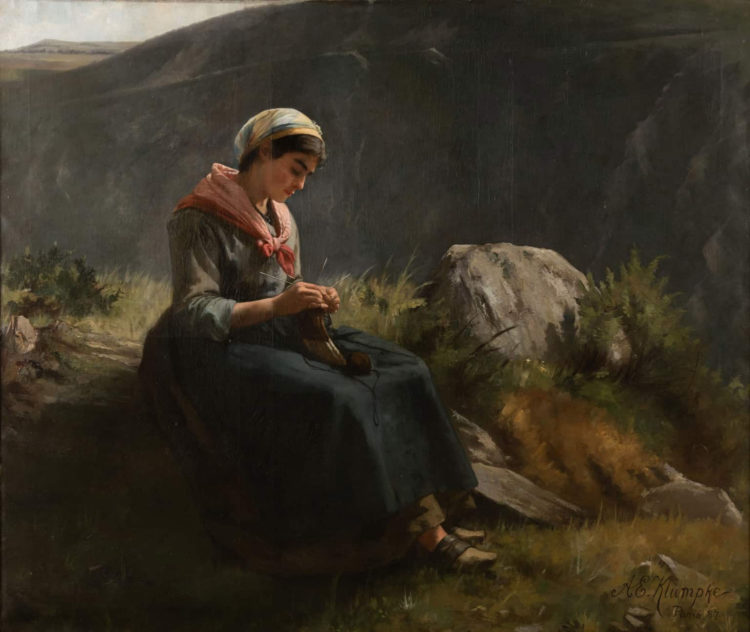 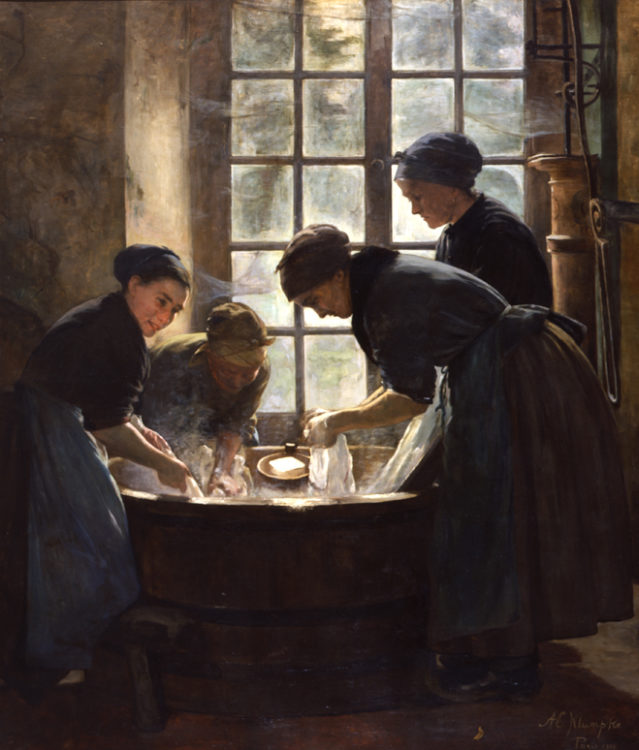 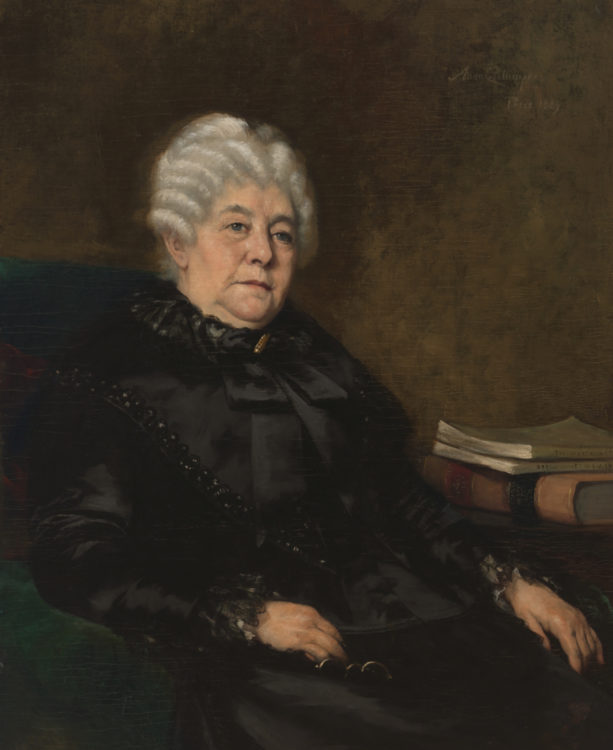 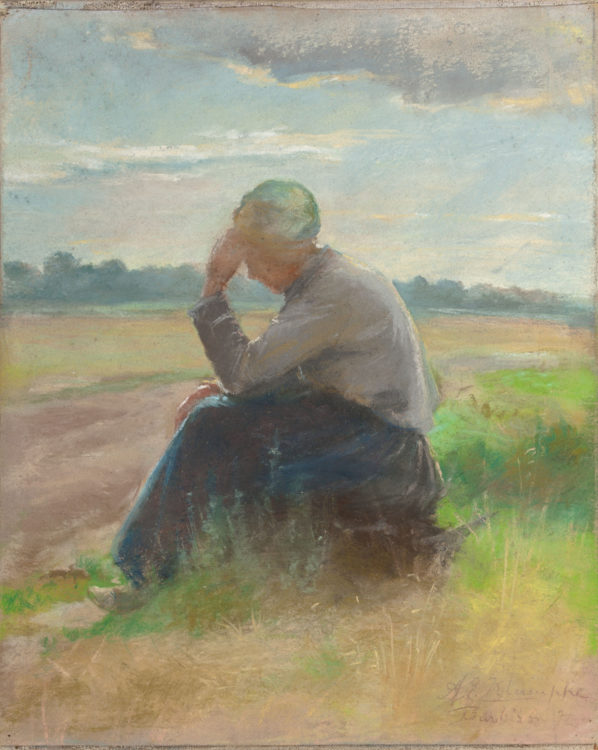 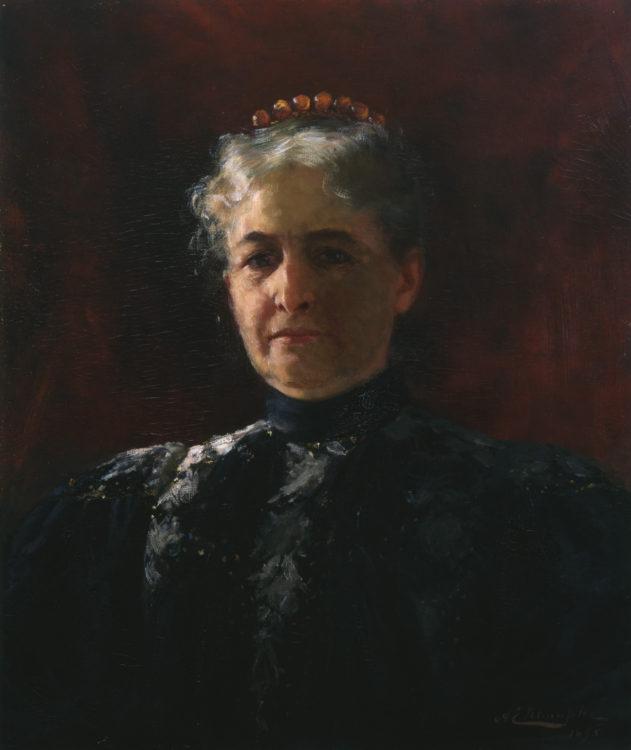 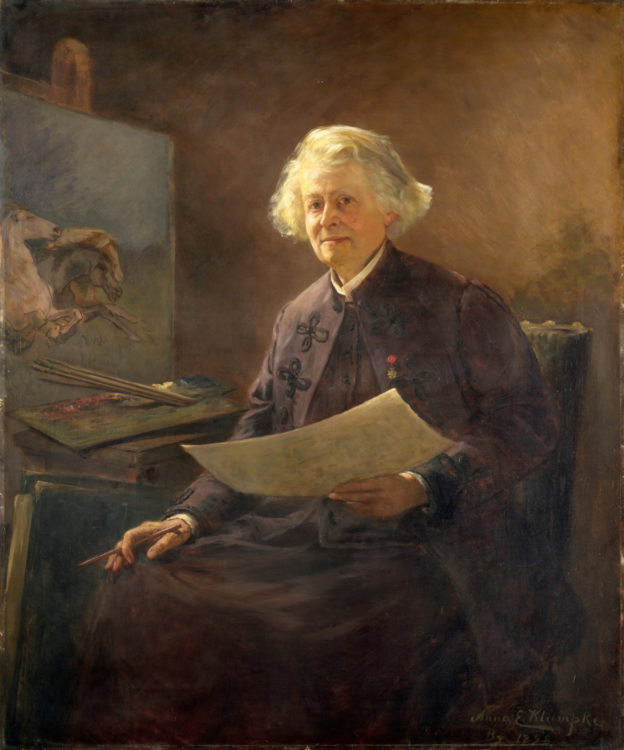 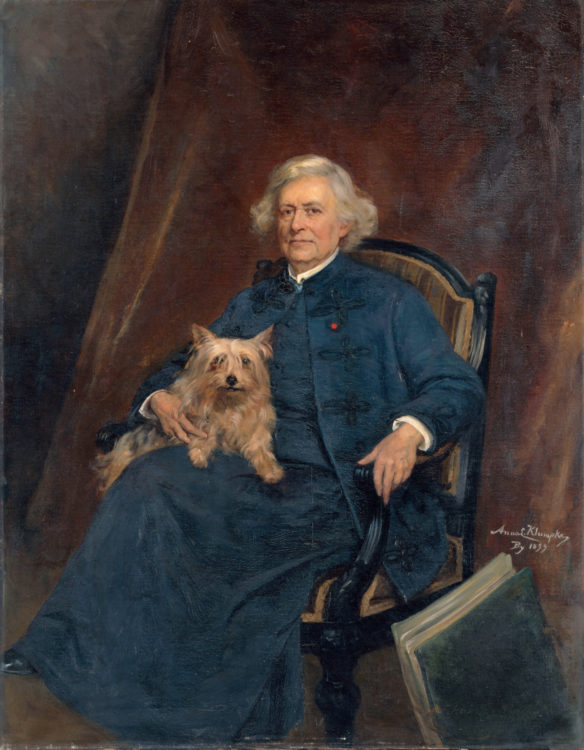 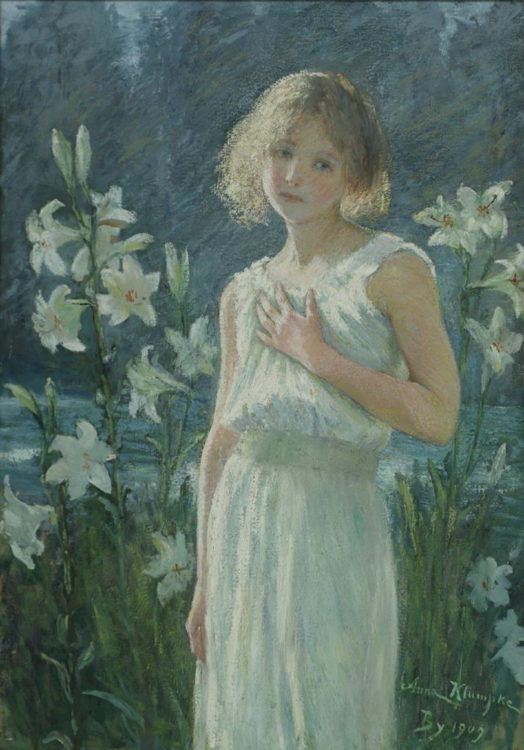 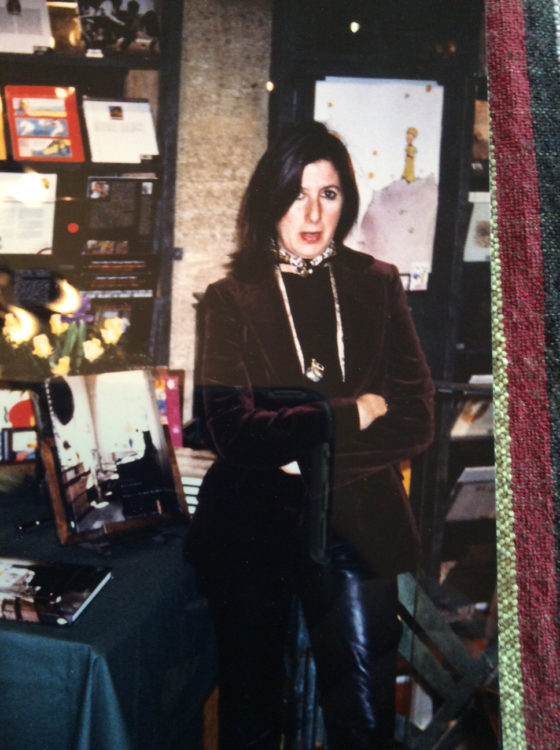