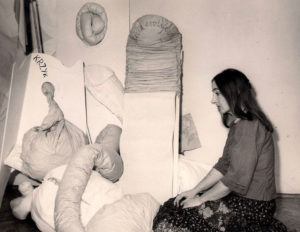 Maria Pinińska-Bereś graduated in 1956 from the sculpture studio of Xawery Dunikowski (1875–1964) at the Akademia Sztuk Pięknych im Jana Matejki in Kraków. There she met her future husband Jerzy Bereś (1930–2012), whom she married in 1957; their daughter Bettina, also an artist, was born in 1958. M. Pinińska-Bereś lived in Kraków until her death; she played an active role in creating the city’s artistic milieu (for example, in 1962 she and her husband initiated an annual exhibition, Sculpture of the Year, aimed at promoting younger avant-garde artists).
Her first sculptures fit into the formula of modernity popular amongst Polish artists in the period of the so-called Thaw (the de-Stalinization that happened in the second half of the 1950s). In the mid-1960s she began to transform her works, gradually creating what is now recognized as her style. First, she introduced small quilted blankets to concrete sculptures (for example, Lady with a Bird, 1964). Then she began using new materials, including paper maché, linen, burlap, leather and plywood, and colours, essentially white, but also pink and yellow (for example the Corset and Psycho-Small-Furniture series  created at the end of the 1960s and at the beginning of the 1970s). Finally, pink soft stuffed forms of cotton became dominant in her artistic production (for example, Sea Foam-Arisen Venus, 1977). She remained faithful to this aesthetic until the end of her life. It was also in the mid-1960s when femininity and different forms of cultural oppression women experience became her most important subjects, alongside devoting much attention to issues of eroticism. In her later statements (1994) the artist revealed that it was her upbringing in “an ultra-Catholic family whose head… was a patriarchal elder, still shaped by the nineteenth century” that strongly influenced her art, which she produced as “a woman with all the insights and experiences of a woman’s fate”.

M. Pinińska-Bereś is recognized primarily as a sculptor, but in the second half of the 1970s she also presented performances, either for small groups of friends in her neighbourhood, or during the artists’ meetings (for example, Landscape Annexation, 1980, an outdoor performance in Świeszyno). She paid special attention to props, amongst which a pink banner, referred to by the artist as a “personal banner”, played one of most important roles. Pink – appearing in her works in different ways – gradually became her trademark. Some researchers consider M. Pinińska-Bereś to be a pioneer of feminist art in Poland, but she herself distanced herself from feminism, considering it an ideology and she believed that ideology should not dominate over art. 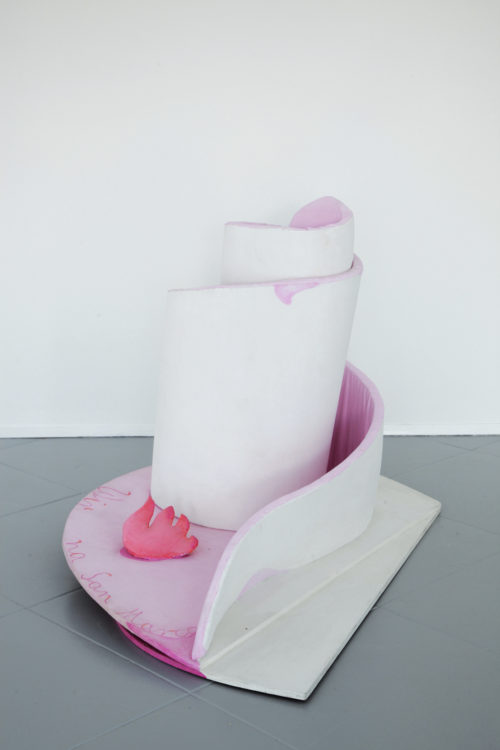 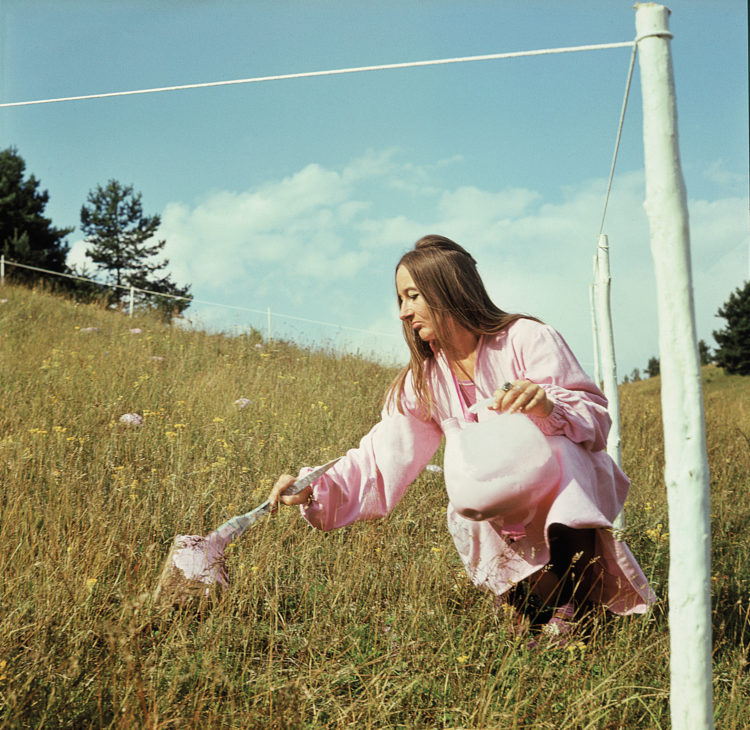 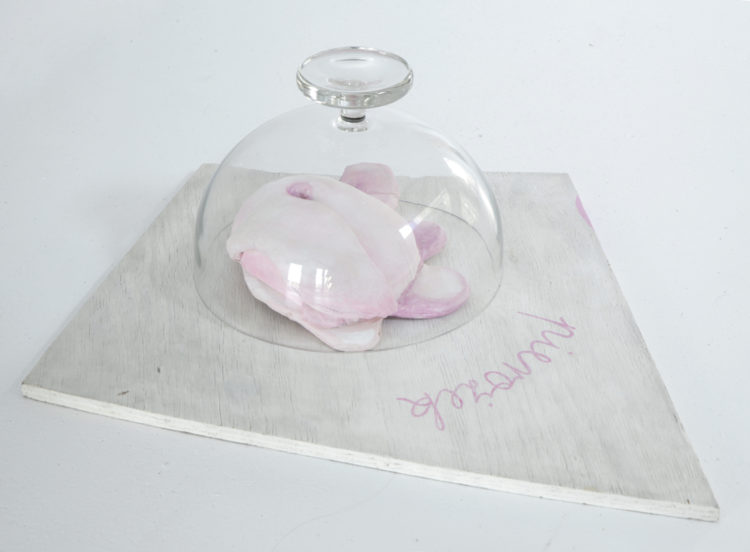 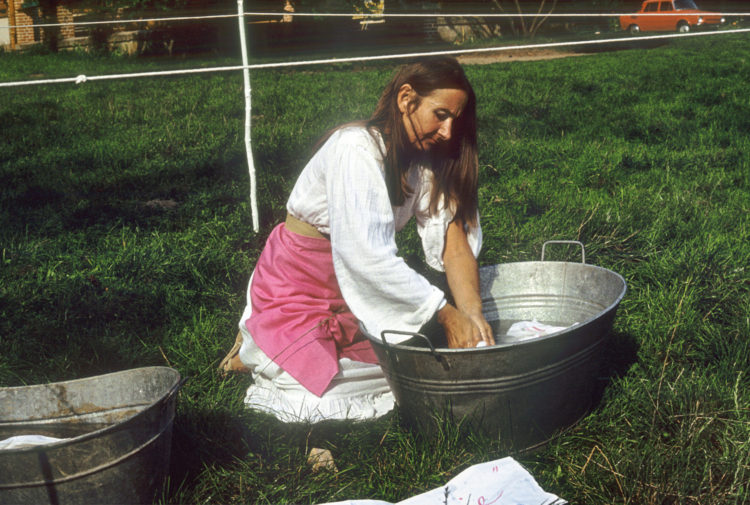 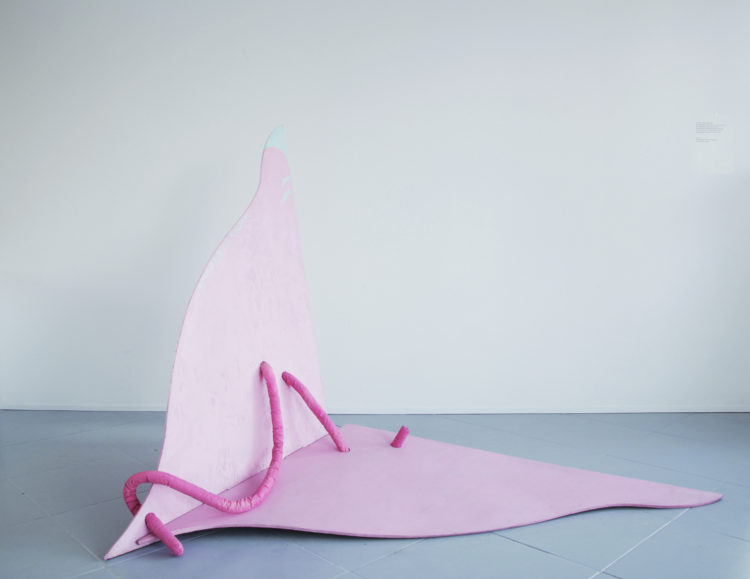 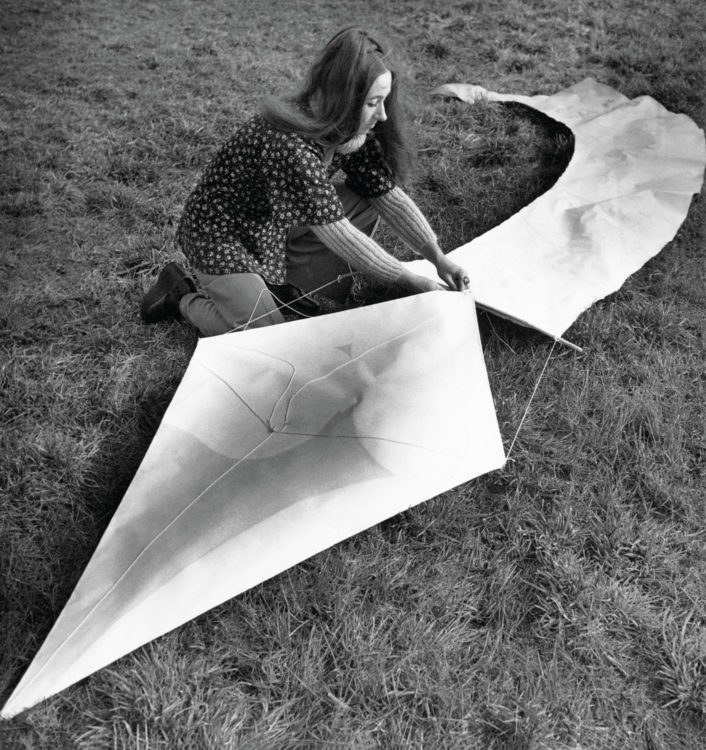 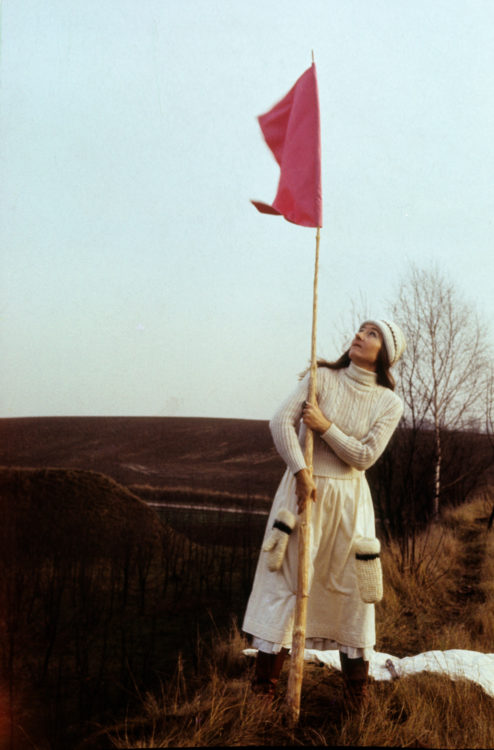 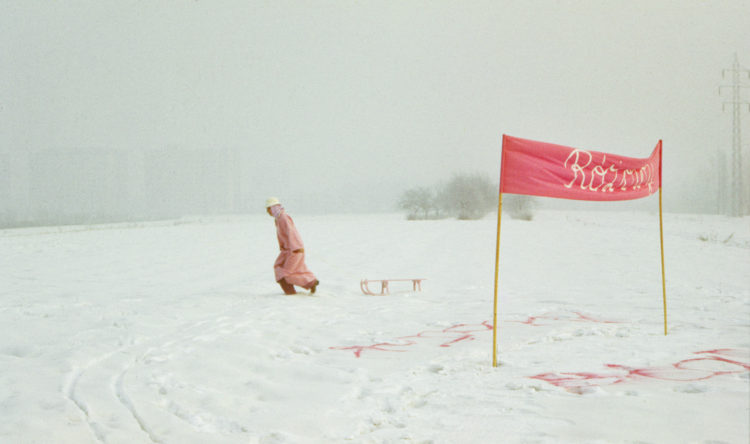 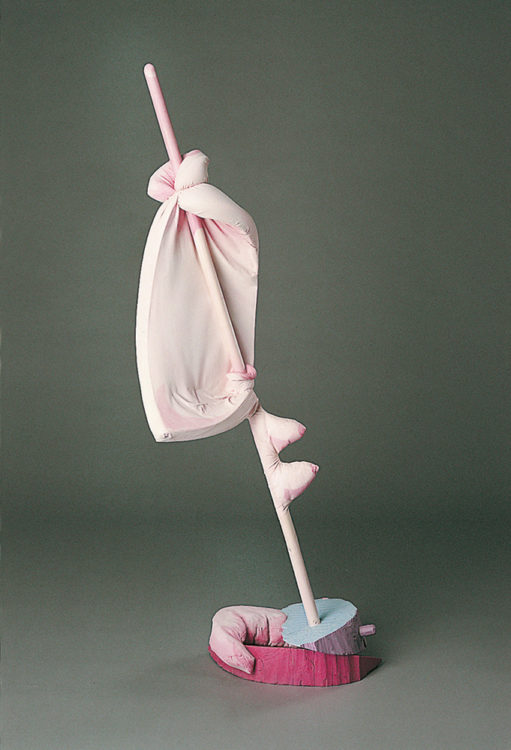 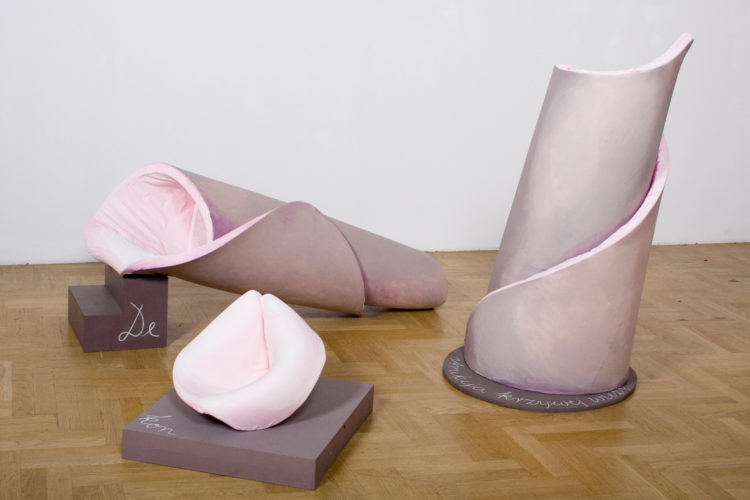