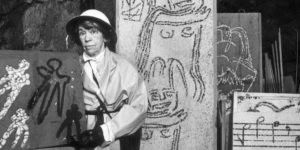 Siri Derkert was raised in a family of merchants and was finally accepted to the Royal Institute of Art after three failed attempts. In 1913, she moved to Paris to study at the Académie Colarossi and Académie de la Grande Chaumière thanks to a scholarship granted by a patron. There, she developed a form of “pictorial cubism” that combined the rationalism of French Cubism with the pathos of Scandinavian Expressionism. In 1914, she moved to Italy with Finnish artist Valle Rosenberg, with whom she had a son, Carlo Derkert. She would also have two daughters with the illustrator Bertil Lybeck. S. Derkert considered marriage to be a prison, but made an exception for Lybeck, although the couple never lived together. Her complex and subversive work required iron and cement, and the range of colours she used were often dark. Throughout the 1930s, she dissolved her figures in an interplay of bold outlines and dynamic shapes. Her works always described the reality that surrounded her: her children, everyday life, women at work, but also more tragic subjects like war, famine, and solitude. She was also an advocate for women’s rights, the protection of the environment, and peace.

She gained public recognition later in life on the occasion of an exhibition at the Gösta Stenman Gallery in 1944. In 1960, S. Derkert’s exhibition Rörelser i alla riktningar [Movements in all directions] made her the first woman to have a monographic exhibition at the Stockholm Museum of Modern Art. That same year, she received the Guggenheim Award for her painting Fågel i topp [Bird on top]. One of her major works is the decoration she designed for the Östermalmstorg station of the Stockholm metro (1963–1965). The monumental mural features lines of text from the Marseillaise and the Internationale, as well as the word “peace” in 50 languages, personal writings, and the names of female historical figures such as Sappho, Hypatia, Virginia Woolf, and Simone de Beauvoir. The visual dynamics of the piece, which result from a combination of words, images, and scrawled inscriptions, is reminiscent of the visual language of graffiti. S. Derkert became well known in the media for her assertive personality and straightforward statements, such as “Women confront all the misery that men inflict upon them because they are stronger.” 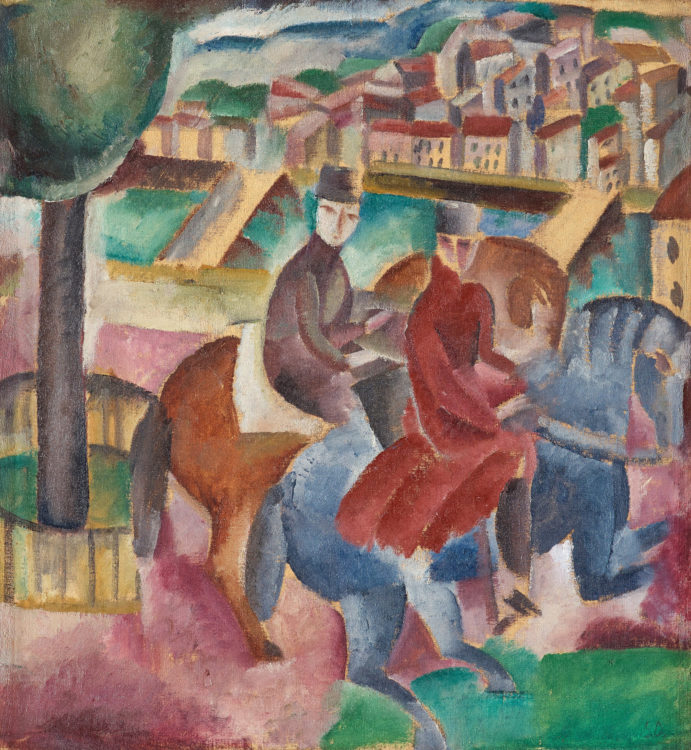 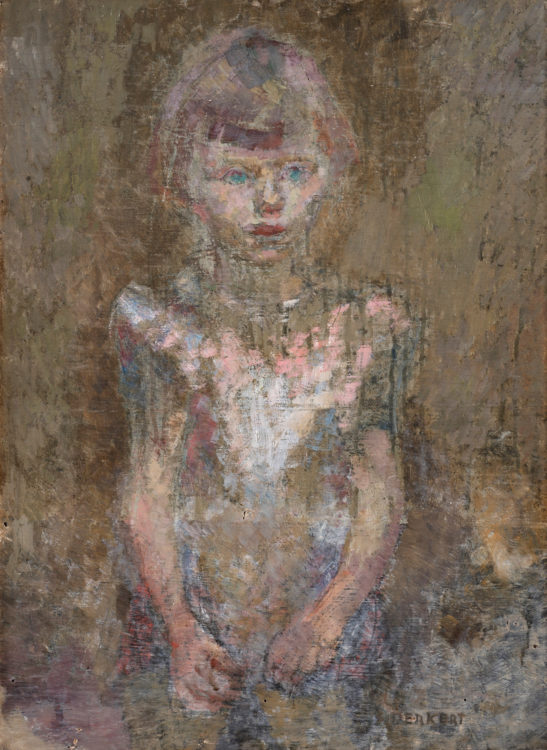 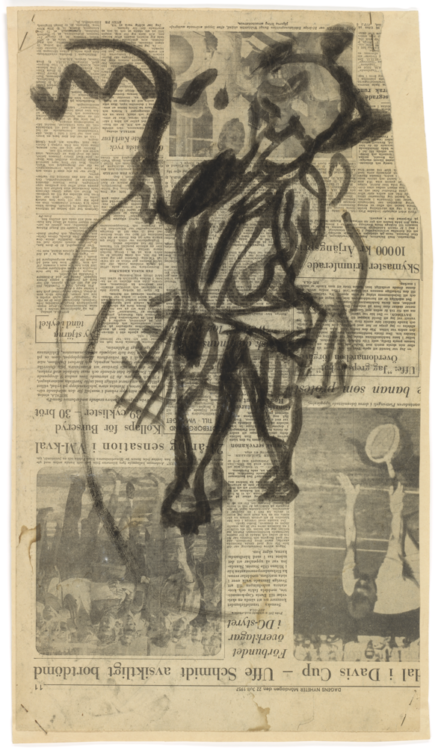 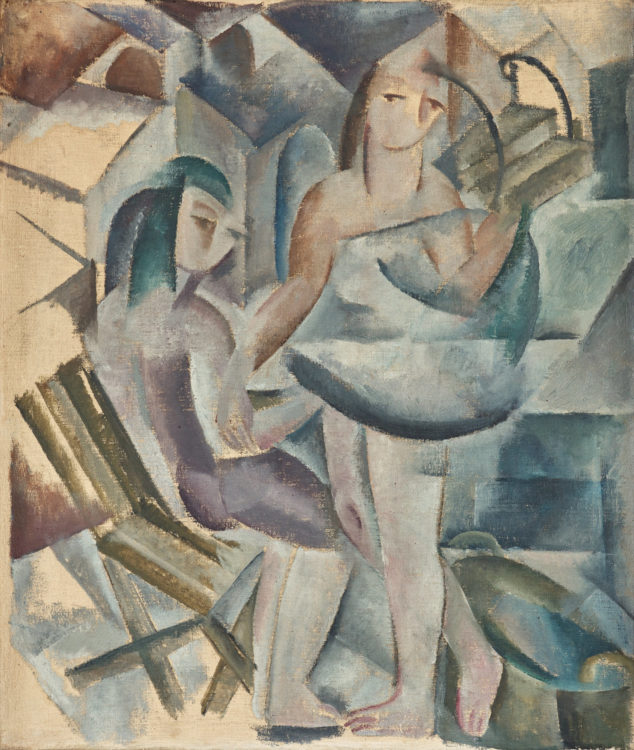 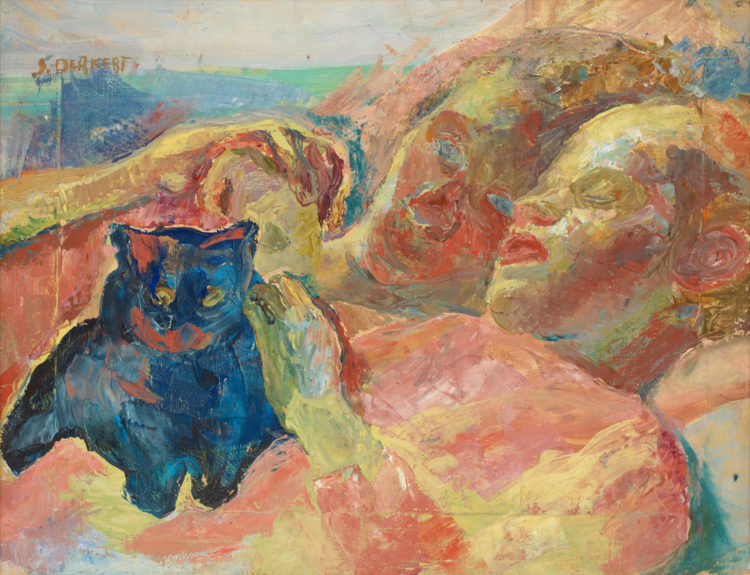 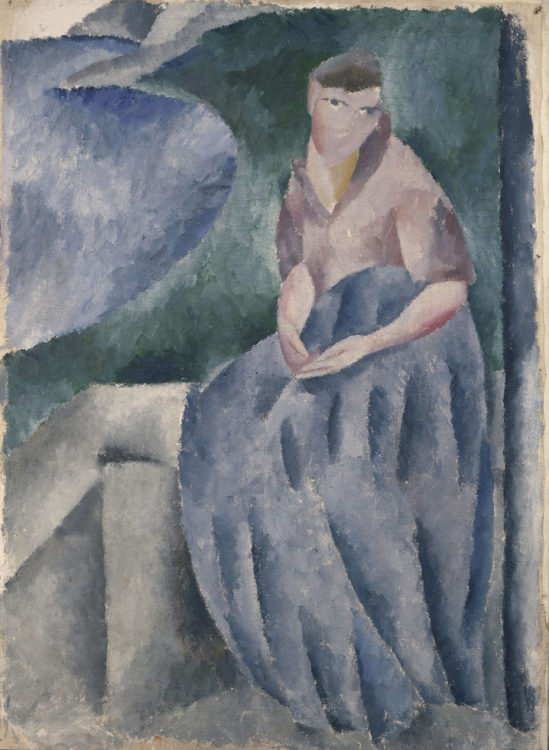 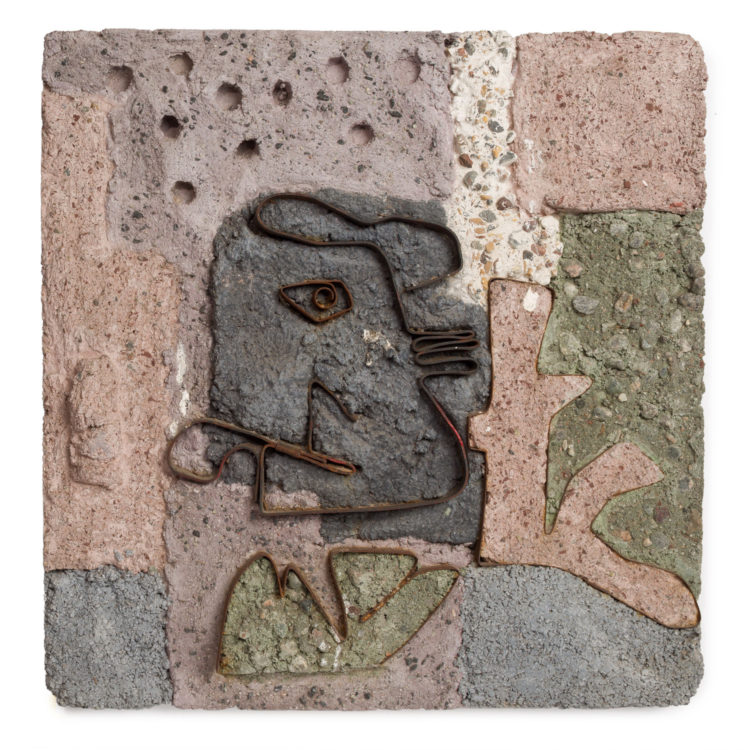 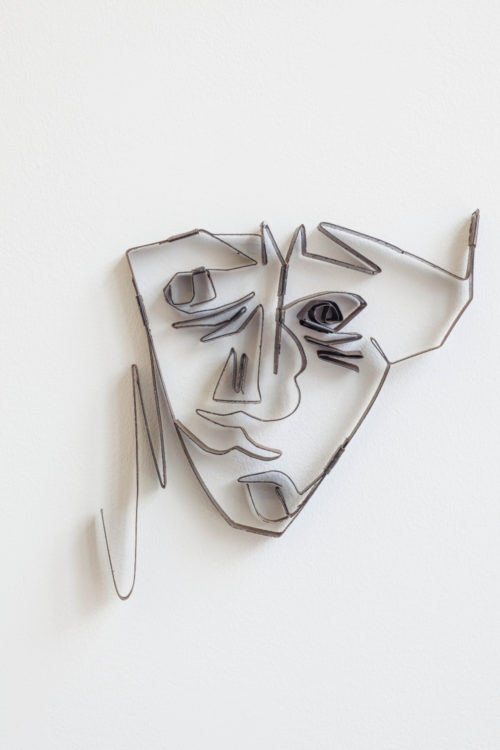 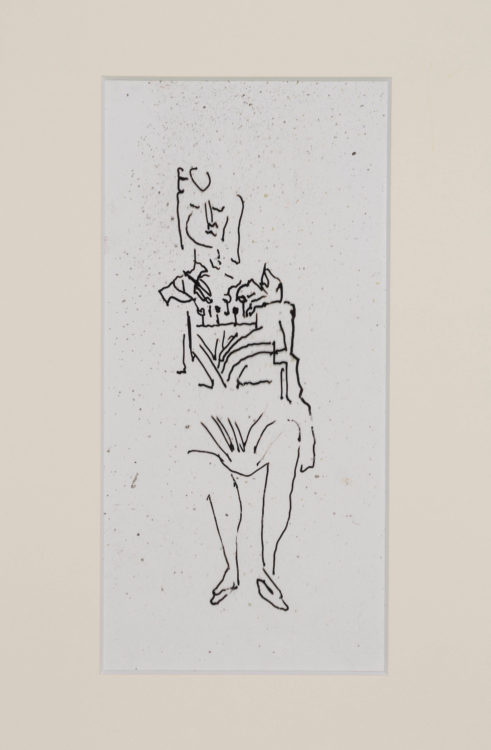 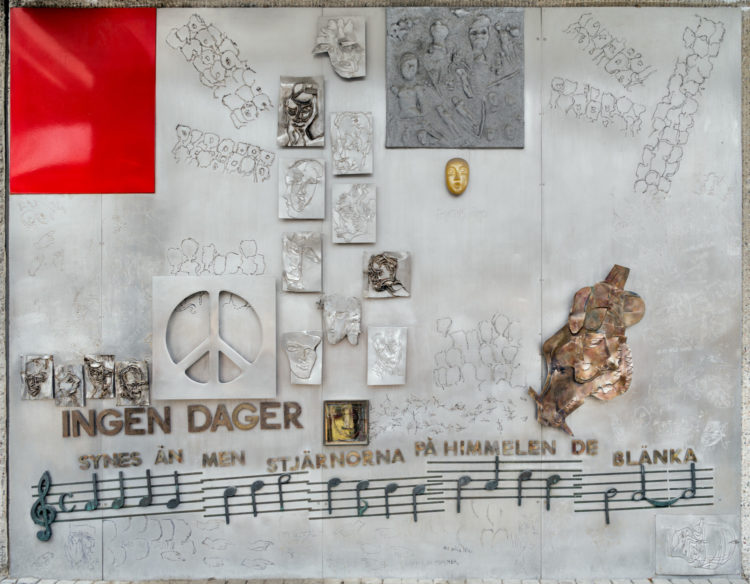