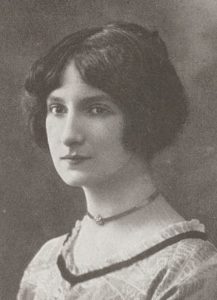 Valentine Gross grew up in an enlightened and open-minded family with a professional painter for a father. After earning a certificate to teach drawing, she was admitted to the École des beaux-arts in Paris in 1907, and spent time in Jacques Fernand Humbert’s workshop. Her first participation in the Salon des artistes français took place in 1909. Her passion for music and dance led her to complete a number of dancer studies and exhibited her pastel sketches and wax paintings on wood at the Théâtre des Champs-Élysées in 1913. For the fashion illustrations she published in Lucien Vogel’s La Gazette du bon ton, she favoured wood engraving techniques. In 1916, she exhibited a few illuminated manuscripts at the Barbazanges gallery in Paris. She also designed costumes for Jacques Copeau and the Théâtre du Vieux-Colombier workshop in 1917. In 1919, she married Jean Hugo, Victor Hugo’s great-great-grandchild. From then on, she alternated between creating disguises and “puppet-masks” for the Noailles and Beaumont costume balls and designing costumes and sets with her husband for theatre productions (Romeo and Juliet, 1924).

Her acquaintance with the surrealists led to an affair with André Breton in 1931 and a divorce the following year. During that period, she joined the Bureau of Surrealist Research and created her first “objects”: hence the Objet à fonctionnement symbolique (1931), shown during the Exposition surréaliste of 1933. The same year, her work was shown alongside the rest of the group at the Salon des surindépendants. In 1936, she took part in the Fantastic Art, Dada, Surrealism exhibition at the Museum of Modern Art (MoMA) in New York. Some of her better-known works of this period include Les Poètes surréalistes (1932-1948) as well as her illustrations for several surrealist texts between 1933 and 1937. In parallel to her dreamlike “collage-paintings,” she also created lithographs and dry-point etchings. Starting in 1940, her work was split between illustrating books, for which she also sometimes supplied the text, and costume and set design projects for theatre. Art patron Yvonne Zervos (1905-1970) organized the sale of her archives in 1963 to help mitigate the artist’s financial difficulties. It’s only in 1977, ten years after her death, that the first significant retrospective exhibition of work was held by the Champagne cultural centre in Troyes. 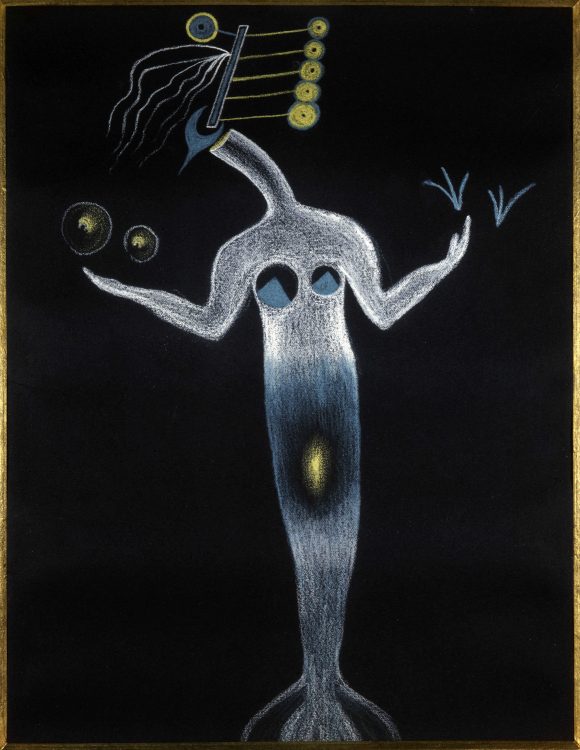 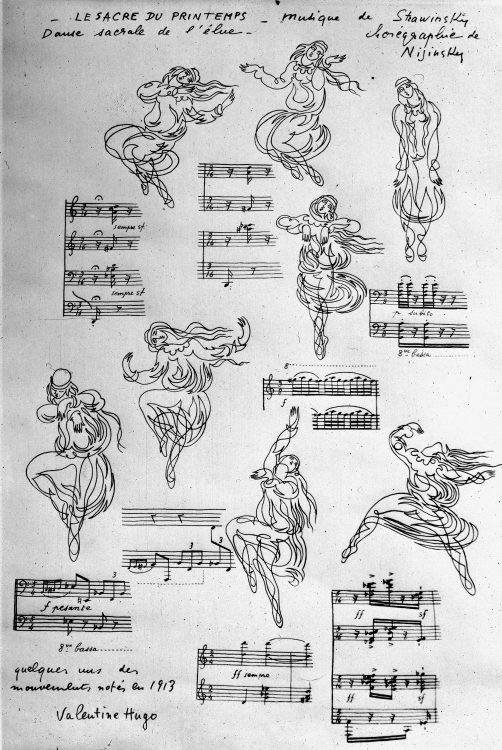 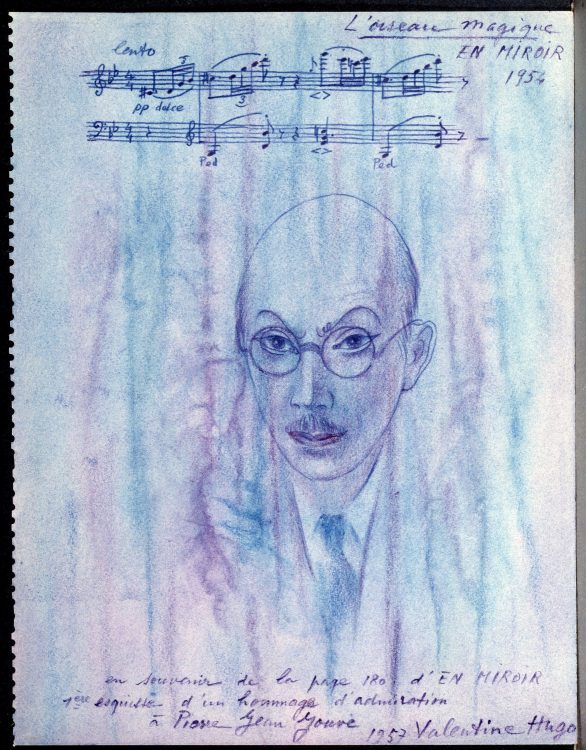 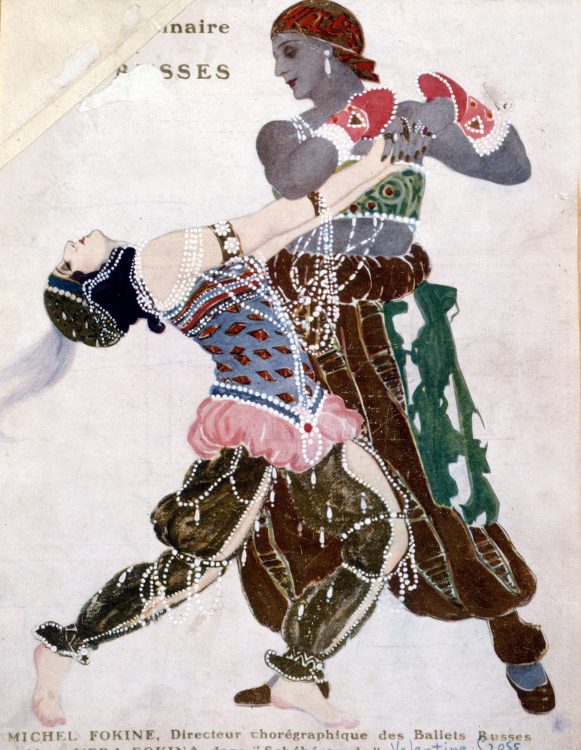 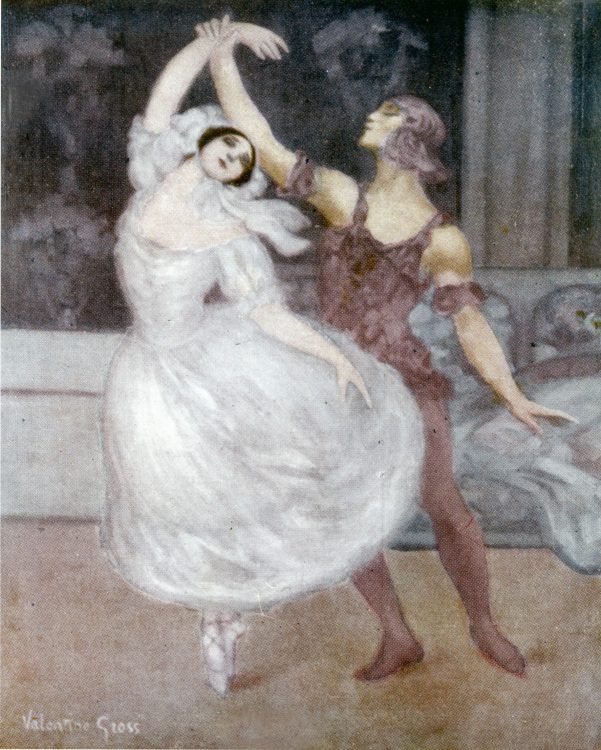 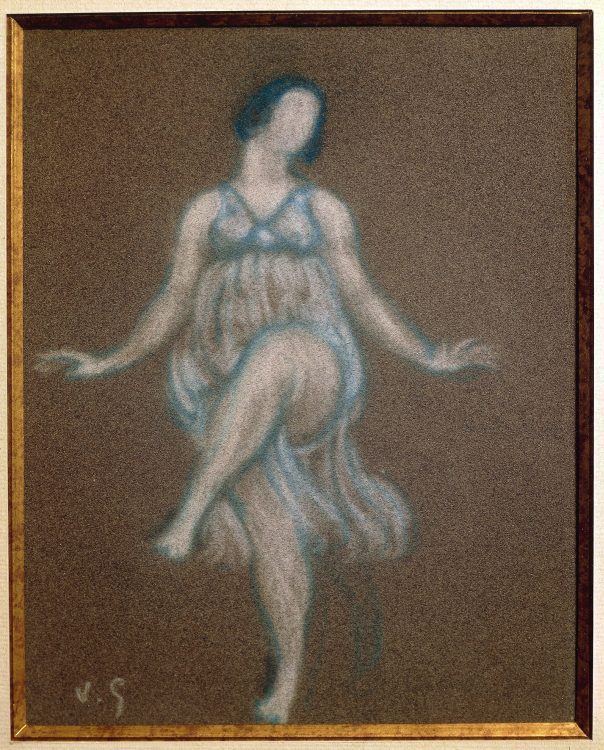