Myriam Bat-Yosef: Desire in the Flesh 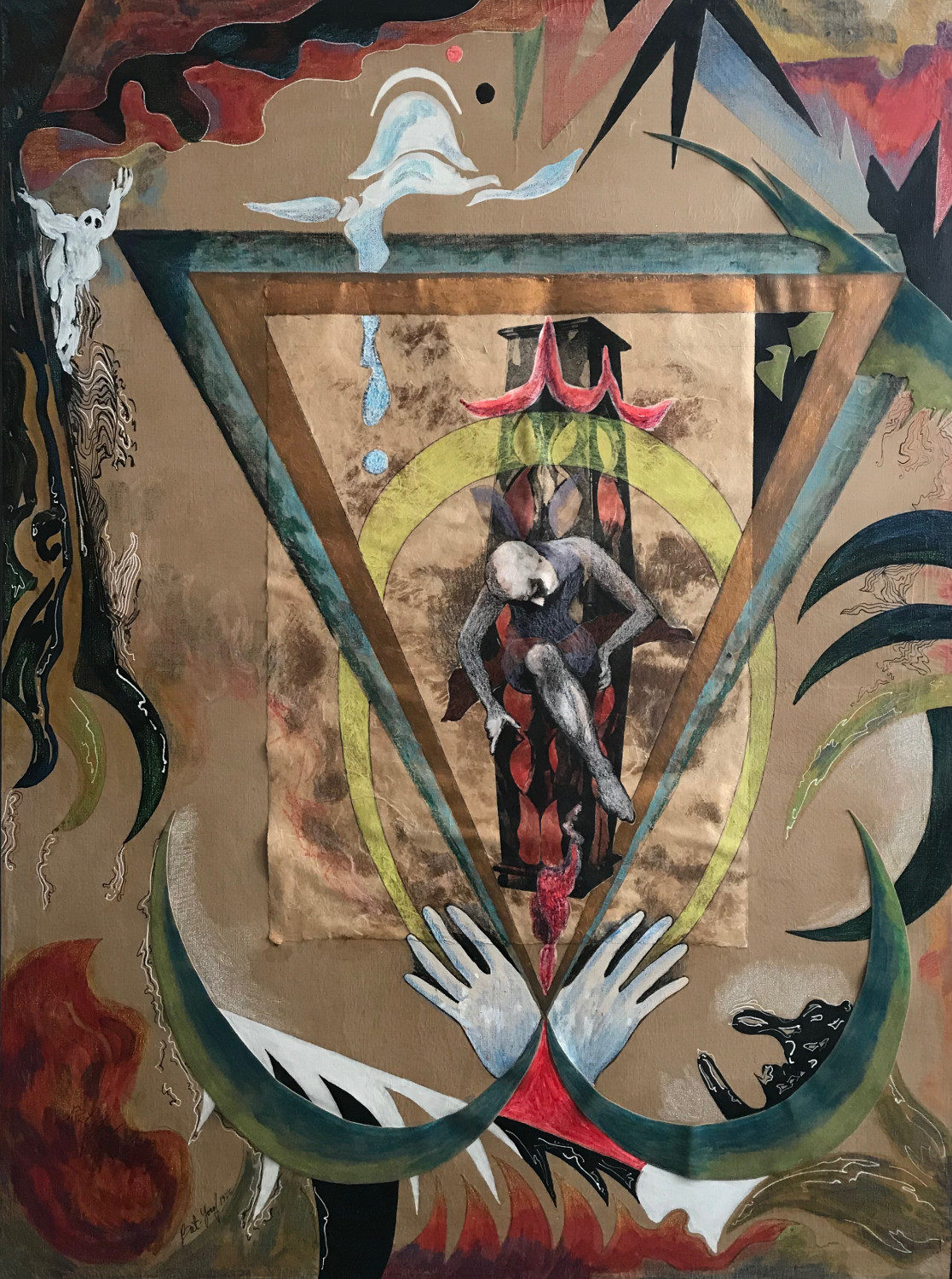 This is the first monographic exhibition of works by Myriam Bat-Yosef (born 1931) in several years. It provides us with a modest yet comprehensive overview of the artist’s career and spans the variety of mediums she uses and consistency with which she does so. 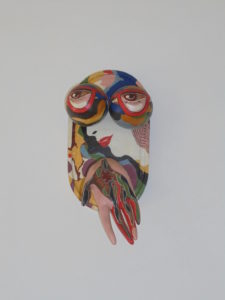 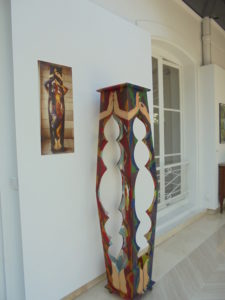 Bat-Yosef’s complex trajectory throughout the 20th century is linked as much to the transnational history of what was for a time called the School of Paris as it is to a certain legacy of Surrealism. While the artist never formally took part in the activities of André Breton’s group, which assigned women a primarily passive role by denying them any capacity for action and any inscription in the canon1, her work features the same idea of resolving antinomies that also defined the spirit of surrealism2, and is enhanced with her readings of the Kabbalah and her spiritual grounding in Taoism.

Such is the supposed opposition of art and life, which Bat-Yosef worked to make obsolete as early as 1964 by covering everyday objects in paint, late examples of which (1984-1993) can be seen in the exhibit. However, while there are reasons for her approach to be associated with the process of the ready-made3, it is important to consider the immediate intrication of these works with her practice of performance, during which the body itself is also painted – a feminist response to Yves Klein’s Anthropometries (1960) and an echo of the happenings which Jean-Jacques Lebel organised at the time in Paris, and which are not particularly noted for their emancipation of the female body4. The transition from one issue to the other is expressed through the use of a television set showing pictures of a performance next to another of her painted objects, La Tour des prières (The Tower of Prayers, 1977). Beside the object is a photograph that documents its activation through action, the presence of which prompts an additional question about its status, while its existence as an image in her works on paper informs us of its importance within the body of representations specific to the artist. 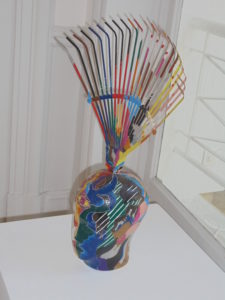 From one series of works to the next, the remarkable consistency of the exhibit presented by Bat-Yosef owes a lot to her endeavour to depict the feeling of ecstasy she experiences in the flesh, and which she expresses through cryptic clusters of colour. As such, it may be relevant to remember both the relationships between the mystic experience and sexuality – which echo the name of the exhibition – and, once again, the deliberate confusion between art and existence in this life form. In this regard, the fact that the Maison nationale des artistes is a venue that welcomes senior and dependent artists to help them pursue their activity perfectly corroborates the barrier-breaking postulate that lies at the heart of Bat-Yosef’s work.

1
Chadwick Whitney, Women Artists and the Surrealist Movement, London, Thames & Hudson, 2002.
2
“Everything tends to make us believe that there exists a certain point of the mind at which life and death, the real and the imagined, the past and the future, the communicable and the incommunicable, high and low, cease to be perceived as contradictions.” André Breton, “Second Manifesto of Surrealism”, La Révolution surréaliste, 15 December 1929, No. 12, p. 1.
3
It is worth mentioning, among other things, that the artist has had exhibitions on three occasions, in 1964, 1969 and 1972, at the Arturo Schwartz Gallery in Milan. (Schwartz was closely acquainted with Marcel Duchamp.)
4
This interpretation and comparison between M. Bat-Yosef, Y. Klein and J.-J. Lebel comes from Sarah Wilson, based on an interview with the artist. See Wilson Sarah, “Rites de passage: Myriam Bat-Yosef et la performance”, in Pascaud Fabrice (ed.), Myriam Bat-Yosef. Peintures, objets, performances/Paintings, objects, performances, Paris, Somogy éditions d’art, 2005, p. 95-97.

How to cite this article:
Valentin Gleyze, "Myriam Bat-Yosef: Desire in the Flesh." In Archives of Women Artists, Research and Exhibitions magazine, . URL : https://awarewomenartists.com/en/magazine/myriam-bat-yosef-le-desir-au-corps/. Accessed 1 August 2021