Why not Judy Chicago? 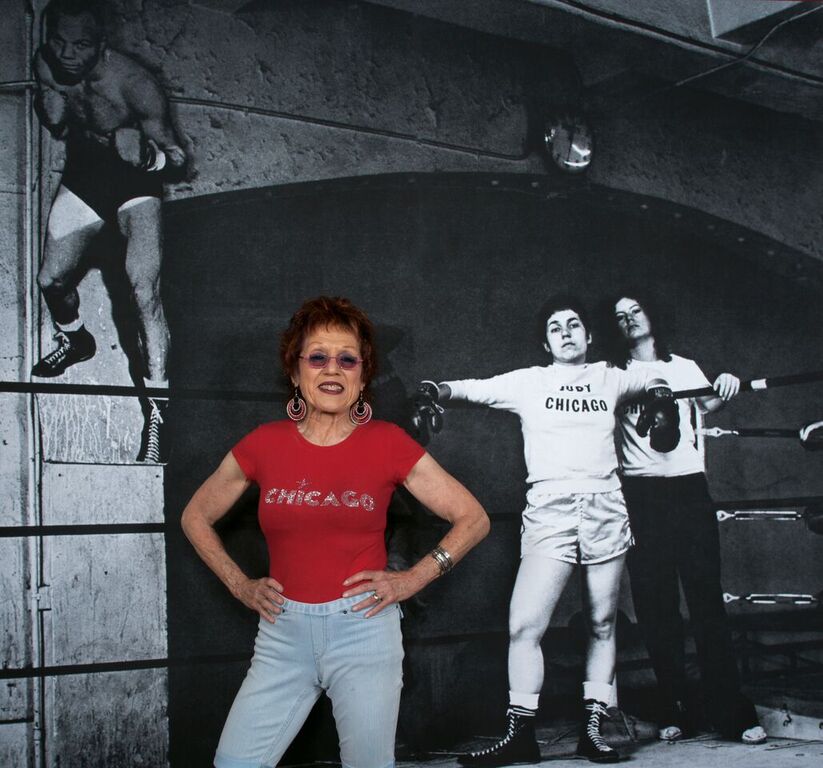 At a time when exhibition titles are seeming like the reflection of globalized commercial systems of logic, and when the declaratory is becoming the norm, the exhibition Why Not Judy Chicago? at the CAPC goes beyond the dialectics of the artist’s degree of celebrity, and introduces the issue of the (non-)recognition of women artists and more particularly of feminist artists within institutions. 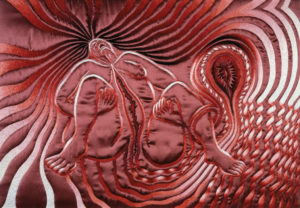 As the result of a partnership between the CAPC and the Azkuna Zentroa in Bilbao, the hanging, devised by the curator Xabier Arakistain, curator of the exhibition Kiss Kiss Bang Bang, 85 Steps in 45 years of Art and Feminism (Museo de BBAA, Bilbao, 2007), in no way seeks to restore the myth of Judy Chicago’s creative personality. Backed up by documents, and small touches, it retraces her artistic challenges, her thoughts about education, and her writings, in order to present an artist with many different faces. 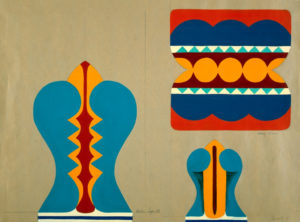 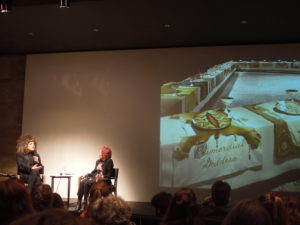 The curator Xabier Arakistain (Arakis) & Judy Chicago – a meeting organized in the CAPC auditorium, in the wings of the exhibition « Why Not Judy Chicago? », on March 11, 2016 © Milena Páez-Barbat

Fourteen rooms scroll through these ramifications: performances (atmospheres, 1969-1974), installations and sessions involved in the site-specific show Womanhouse in 1972, Autobiography of a Year (1993-1994), early Minimalist paintings, and recent figurative paintings, where the media and techniques used do away with the established order. In addition to serial works and the genesis of The Dinner Party (1974-1979), conjuring up the literally creative force of women and artists, the works of the years 1980-1990 reveal a darker imagery, that of the fall, and the Jewish genocide, with The Holocaust Project (1985-1993). The exhibition manages to imbue us with a line of thinking about the technicity and persistence of illustrations rooted in the collective unconscious but transfigured by art.