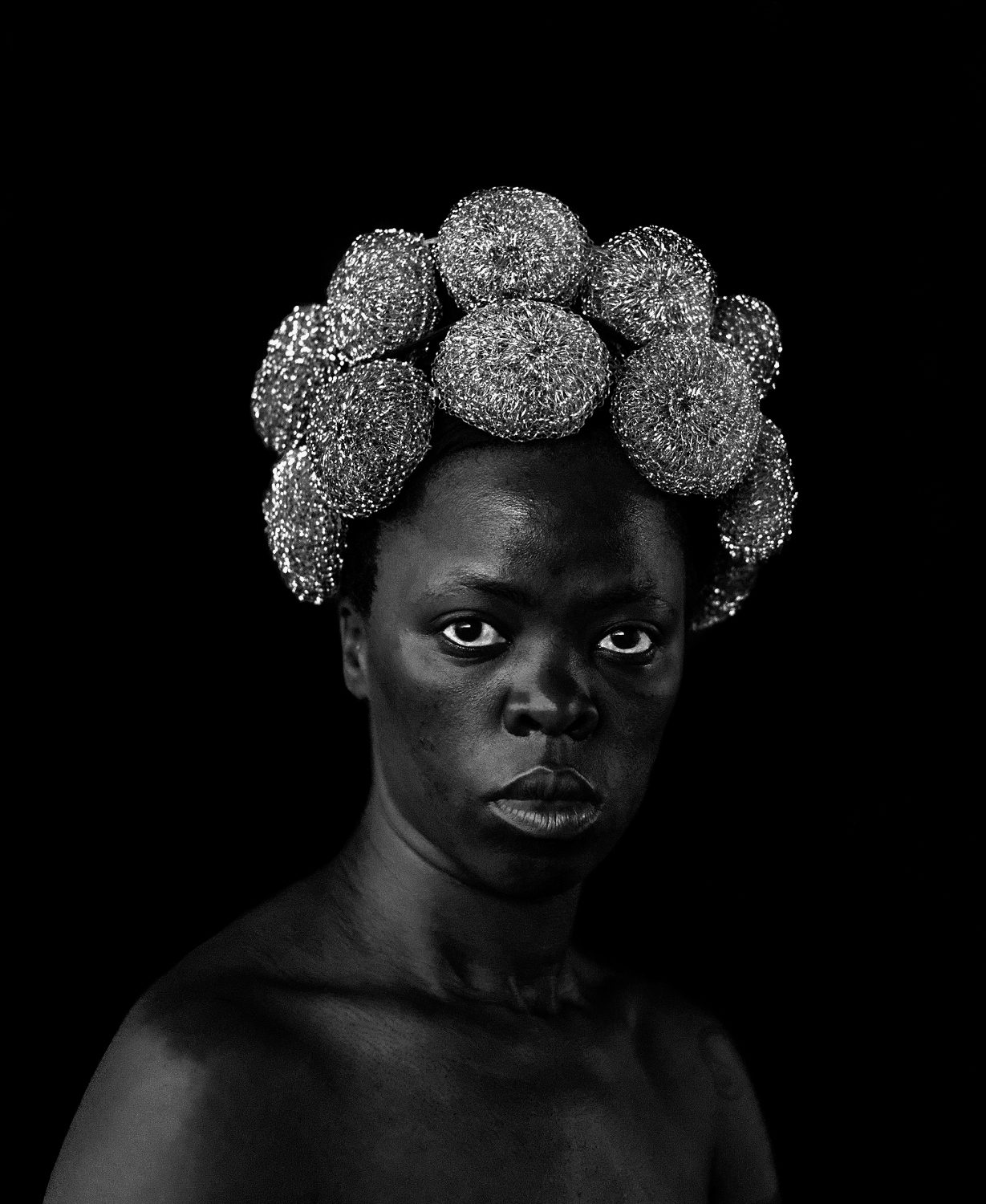 This summer1 the Stedelijk Museum in Amsterdam is holding an important exhibition of the work of the South African photographer Zanele Muholi, the most incisive activist of her generation. Illustrating her trajectory through groups of works from her most important series since the start of her career in 2006, the show retraces her fight against racism, discrimination and all forms of inequality in post-apartheid South African society. 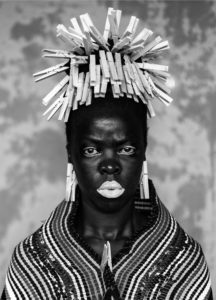 In 2002–2003 Zanele Muholi studied photography at the Market Photo Workshop, a school set up by the great South African photographer David Goldblatt in Johannesburg for young people from disadvantaged districts. A long-standing activist, right from the start she devoted herself to documenting the country’s black lesbian and transgender community. Prompted by the notion that her photographs might help educate South African society, which perpetrates violence against homosexuals, she has condemned these daily attacks with the hope that her work would allow people like herself to enjoy a safer existence. 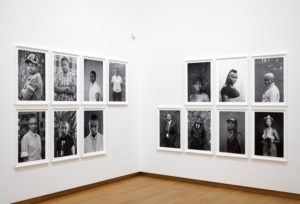 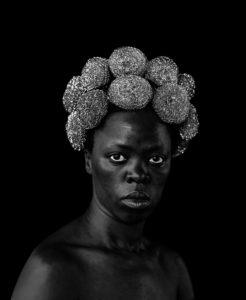 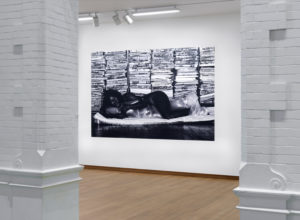 Depicting South Africans who suffer discrimination with pride and dignity, the works shown comprise Muholi’s most important series and highlight her talent as a portraitist. In Bester2, she photographs herself adorned with domestic accessories (clothes pegs, sponges, etc.) to pay tribute to her mother who worked her whole life as a cleaner for an Afrikaner family, and censures the working conditions and low pay of many South African workers. In Faces and Phases3 Zanele Muholi shows the diversity of the members of the LGBTI community, photographing without distinction all those who belong to it – men, women, trans, fathers, mothers, young, old, teenagers, etc. Shown in close-up and in half-profile, the subjects focus their full gaze on the lens. Their sincere proud expressions instigate an unsettling and intimate confrontation with the viewer.

The exhibition also presents Muholi’s most recent series of works, called Somnyama Ngonyama,4 which marks a new stage in her development. In these photographs she faces the camera herself directly. Her self-portraits offer a dramatic illustration of different moments of South African political history and criticise the oppression of the black population. In the middle of the presentation is a room containing documentation relating to inkanyiso.org,5 a platform created by Zanele Muholi in 2009 to allow the LGBTI community to come together and speak for themselves. The subjects of her photographs are thus able to share their views on the experience and voice their opinions on matters important to them.

Full of contrasts, and dramatic and personal, Zanele Muholi’s powerful images speak to us and question us. In painting a forceful portrait of a stigmatised community, she brilliantly puts across her educational and political desire to “to re-write a black queer and trans visual history of South Africa”.6

1
The stereotypical phrase “dark lioness” used in the title of this article echoes the title of Zanele Muholi’s recent series Somnyama Ngonyama: Hail the Dark Lioness.
2
The name of Zanele Muholi’s mother.
3
Zanele Muholi devoted much of her career to the Faces and Phases project. Begun in 2006, it now comprises more than 250 portraits.
4
Somnyama Ngonyama is Zule for Hail the dark lioness.
5
Inkanyiso is Zulu for light-bringer.
6
See http://stevenson.info/artist/zanele-muholi/biography “to re-write a black queer and trans visual history of South Africa for the world to know of our resistance and existence at the height of hate crimes in South Africa and beyond” (consulted 21 August 2017). 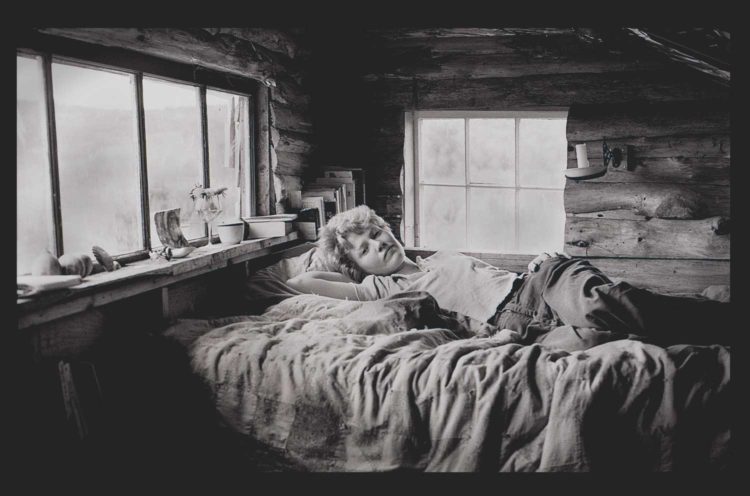 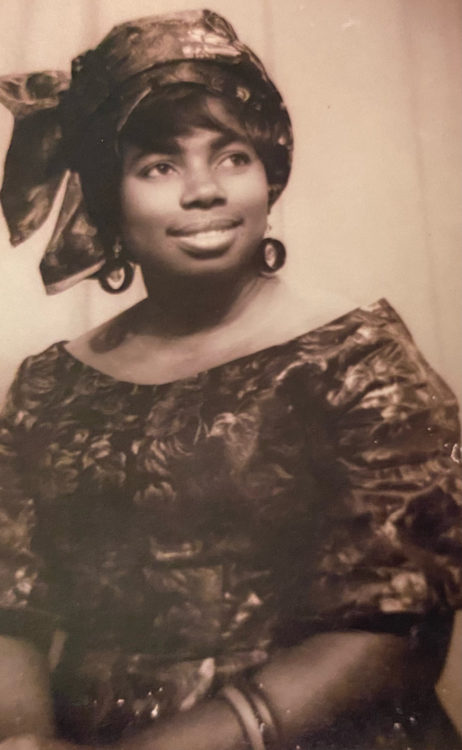