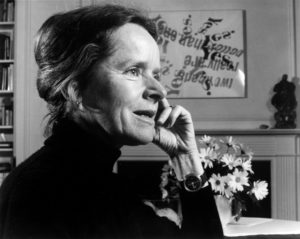 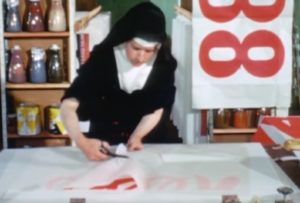 Frances Elizabeth Kent grew up in Los Angeles and joined the order of the Immaculate Heart of Mary in 1936, where she changed her name to Sister Mary Corita. A graduate of her institution’s secondary school, she taught art from 1946 onwards. She continued her studies in art history at the University of Southern California and started exhibiting her work in 1951; permeated by biblical references, her early creations emanate a “neo-gothic” style. In the 1960s, inspired by the language of advertising and the style of popular songs, she contributed to the spirit of Pop Art. Her images were widely disseminated as screen-prints. At the same time, she was an activist against the Vietnam War perpetrated by the US administration. In 1965, her Peace on Earth was exhibited at the IBM showroom in New York and deemed highly subversive. In 1968, she left the order of nuns and devoted herself entirely to her artistic activity.

In Boston, she undertook numerous public commissions, mural paintings and book covers; she notably designed murals for two major gas reservoirs for the city in 1971, whose rainbow of colours subtly depicts the profile of Vietnamese Communist leader Ho Chi Minh, thus provoking a scandal. The colourful and shimmering artworks of Corita Kent, combining language with innovative compositions, was admired by Charles and Ray Eames, Buckminster Fuller, and Saul Bass, and exerted considerable influence on the young Californian scene of the 1980s, particularly the work of Mike Kelley. 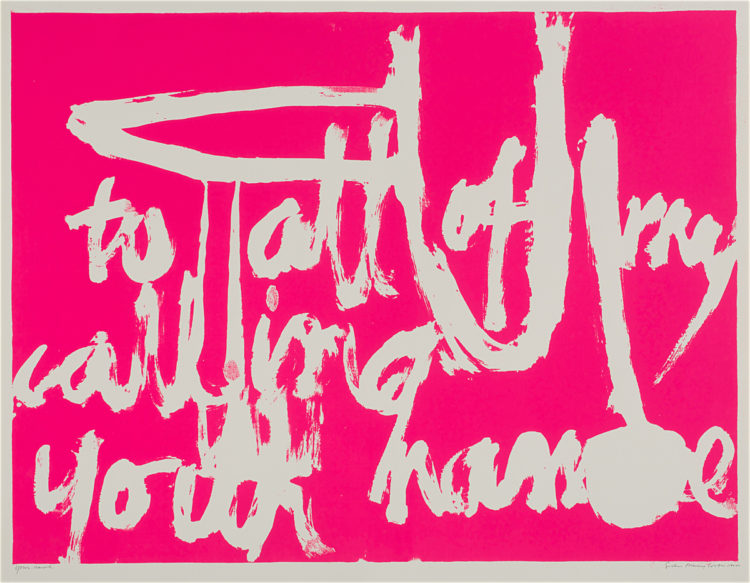 Sister Corita, To all of my calling your name, 1962, serigraph, © The Corita Art Center 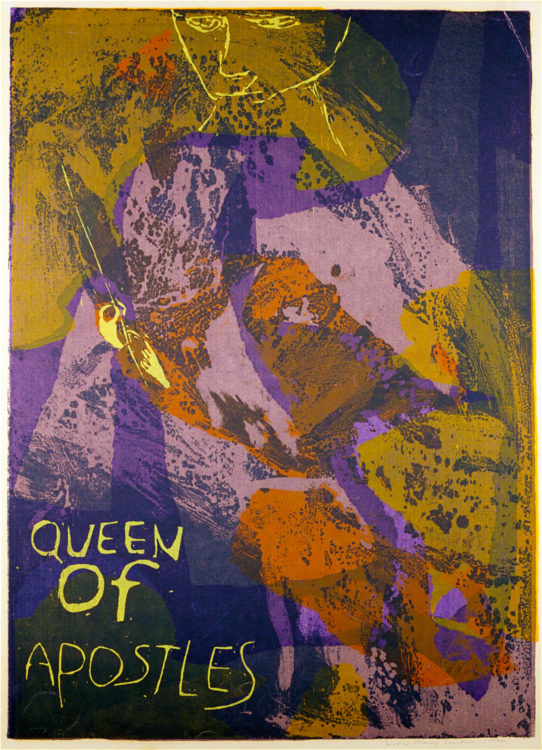 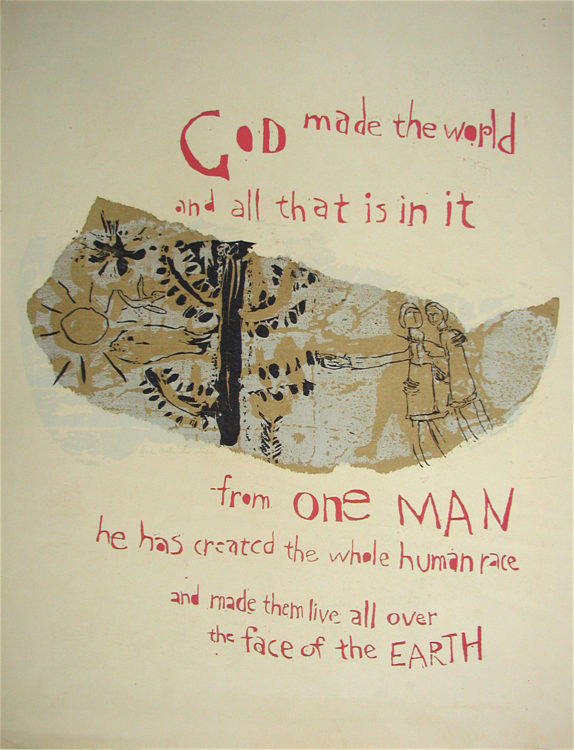 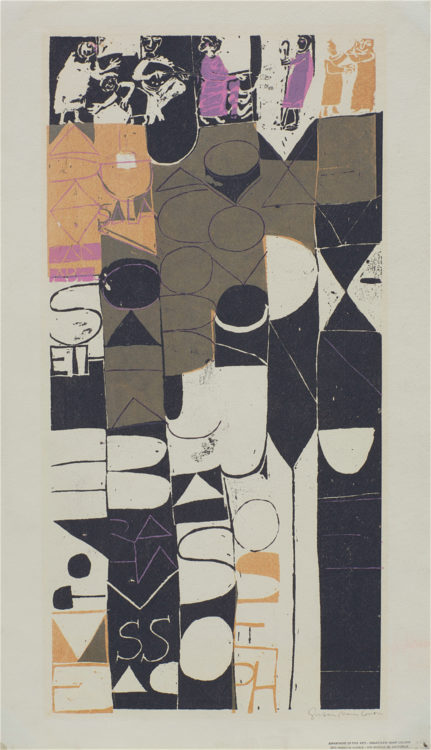 Sister Corita, Figures of the morning of time – orange and blue, 1955, serigraph, © The Corita Art Center 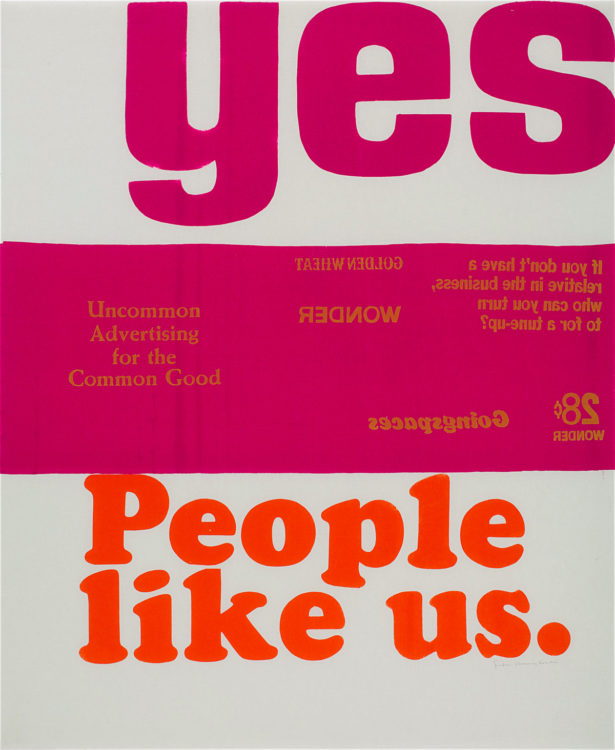 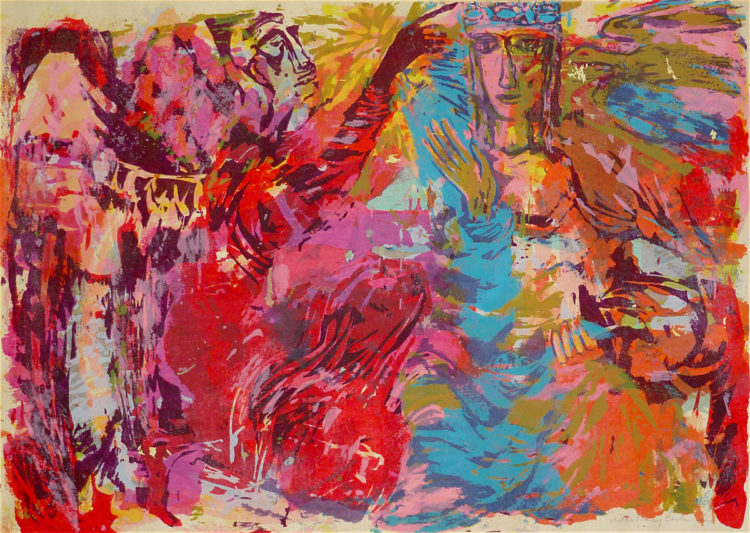 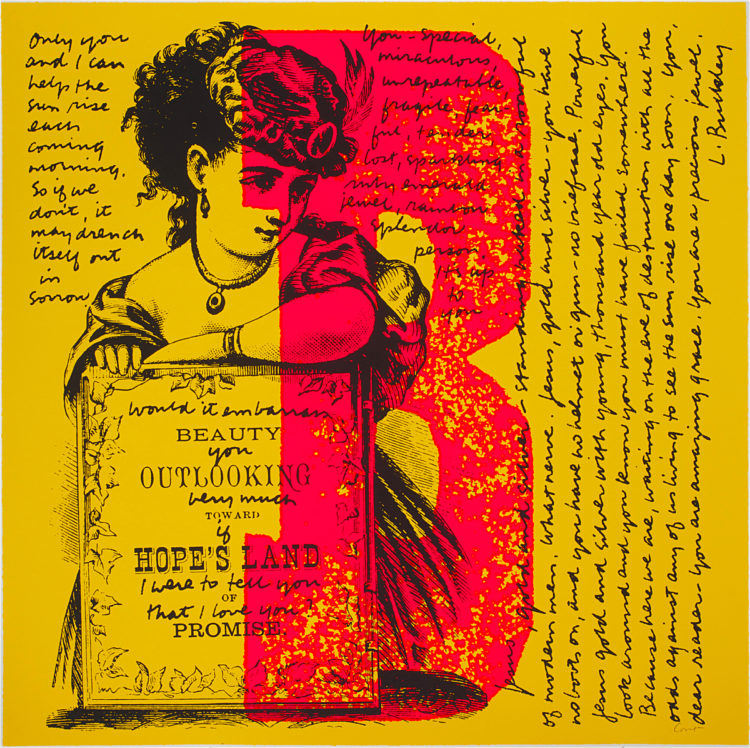 Sister Corita, B beauty you, 1968, serigraph, © The Corita Art Center 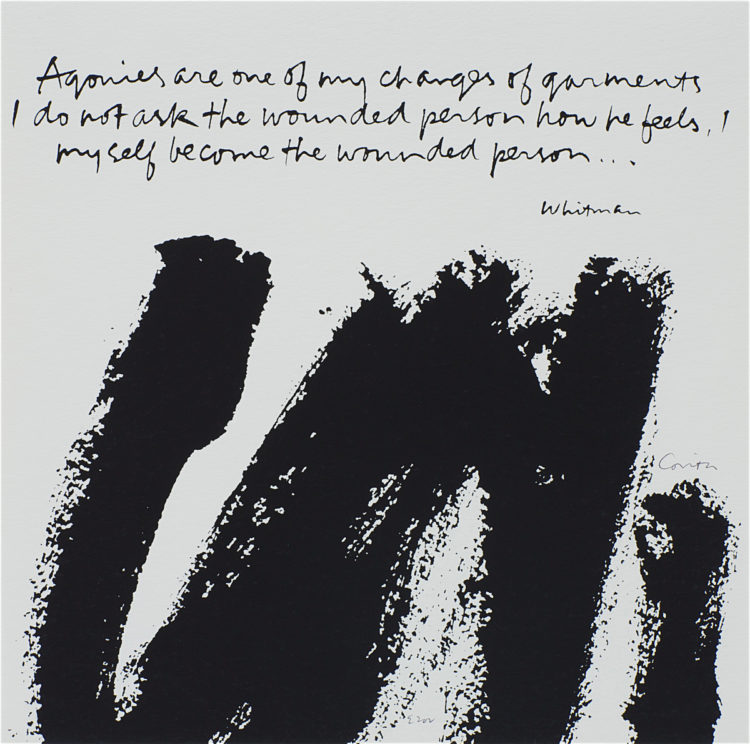 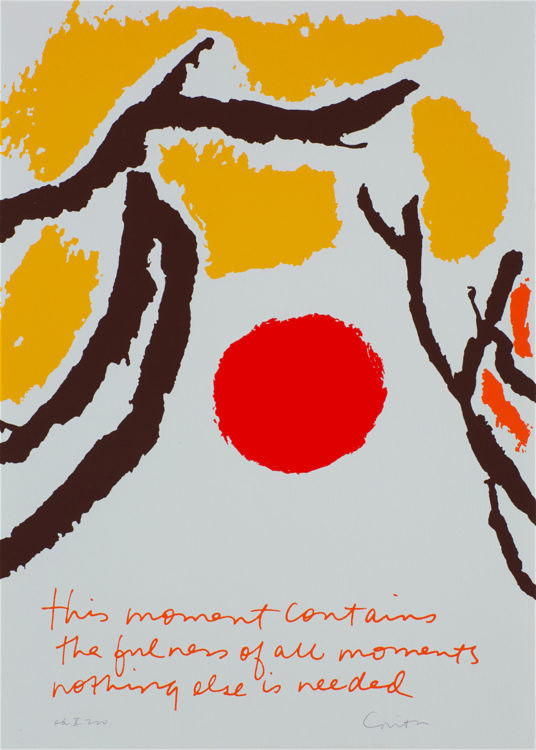 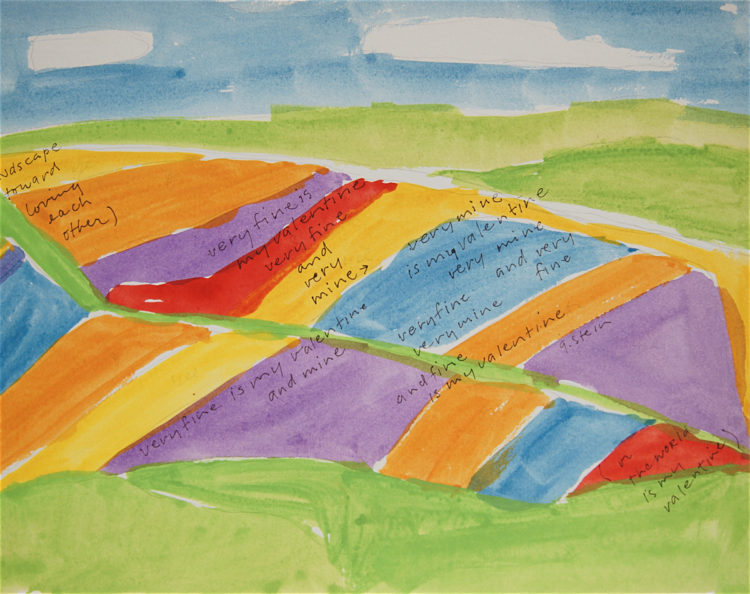