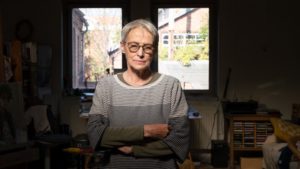 Doris Ziegler completed an apprenticeship as a stenotypist and from 1969-1974 studied painting and graphic design with Werner Tübke and Wolfgang Mattheuer at the Hochschule für Grafik und Buchkunst in Leipzig. From 1989 to 2014 she was employed at the basic course in painting at the HGB, first as an assistant and from 1993 as a professor.
Two main themes run through D. Ziegler’s artistic practice: the human figure and the urban landscape. In Frauen in der Spinnerei (Women in a spinning mill), 1978-1979 she unites both depicting the female workers in front of their workplace, a 19th-century brick building in Leipzig’s industrial district of Plagwitz. Her analytical, quasi-dissecting view, trained in New Objectivity, shows the women in such a way that the physical and mental traces of hard work come to the fore. The paintings are both individual portraits and social studies of working women. Years later D. Ziegler portrayed the loneliness of elderly people in a retirement home, where everyday life is characterised by waiting and incessant repetition (Immer laufen [Keep on running], 2002). The painter also applies this analytical perspective to herself. In numerous self-portraits in which she is often accompanied by people close to her (Selbst mit Mutter und Badewanne [Self with mother and bathtub], 1982; Selbst mit Sohn II [Self with son II], 1986-1987), D. Ziegler explores her place in society and her role as an (female) artist.

The period of regime collapse of the former East Germany did not leave her untouched. Accordingly, her work reflects the events taking place from 1989 onwards. The title of the large-format series Passagen (Passages) refers to the real place in Leipzig’s city centre where the mass demonstrations leading to the fall of the Berlin Wall were held. Her previously calm, direct and analytical gaze now gave way to an excited, expressive style of painting. D. Ziegler stages the figures almost exclusively in groups and has them engage in strong agility and dynamism (Kreuzabnahme [Descent from the cross], 1993). Occasionally she appears in this chaos, and becomes part of the action (Passage III, 1993).

In D. Ziegler’s architectural paintings, the Leipzig industrial quarter of Plagwitz, centre of her life and work, acts as the dominating topic (Esse I [Chimney I], 1977). The artist almost exclusively takes a distanced perspective from a bird’s eye view. In comparison to her colleagues Volker Stelzmann and Kurt Dornis, her paintings are less socially critical. D. Ziegler’s urban space is scarcely populated and layered, with the architecture appearing abstract. References to the Pittura Metafisica are apparent. After 1989 D. Ziegler expanded her repertoire of motifs to include Italian and exotic places (Germignaga, 2020). At the same time, a change in the colour palette took place. From the 2000s her paintings become increasingly brighter and friendlier. 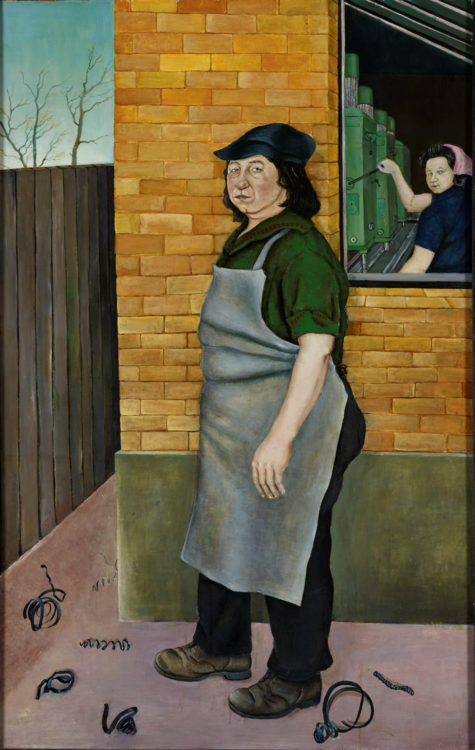 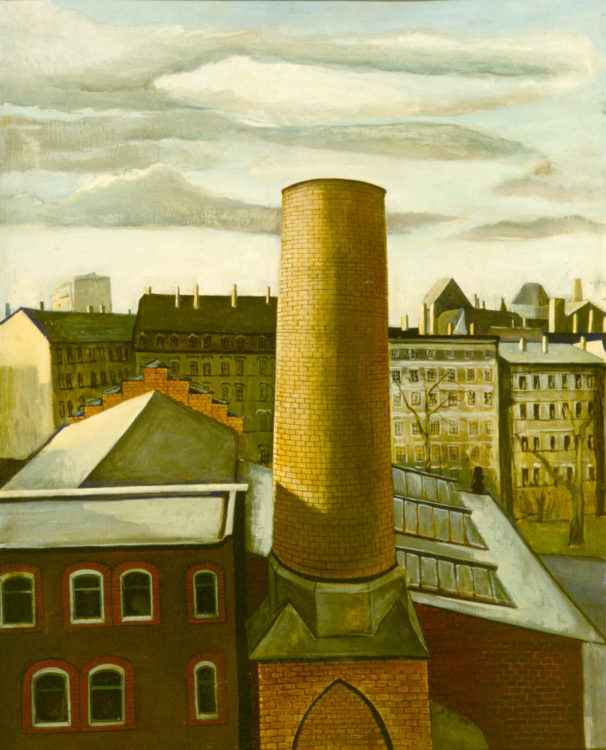 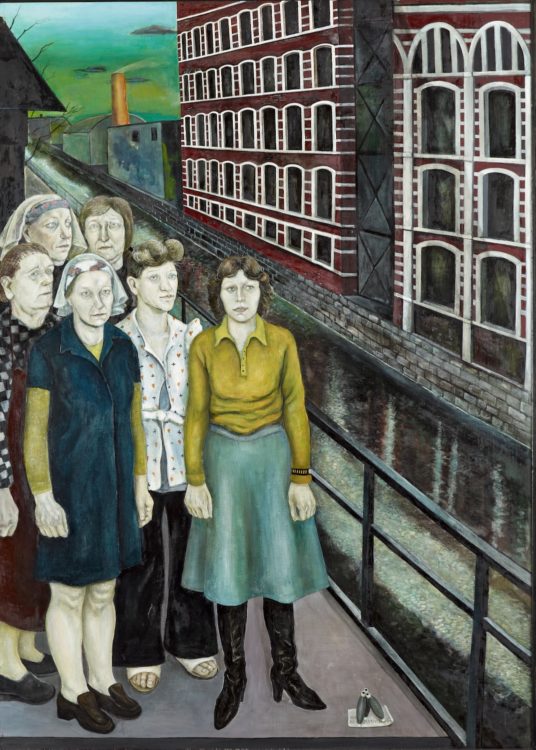 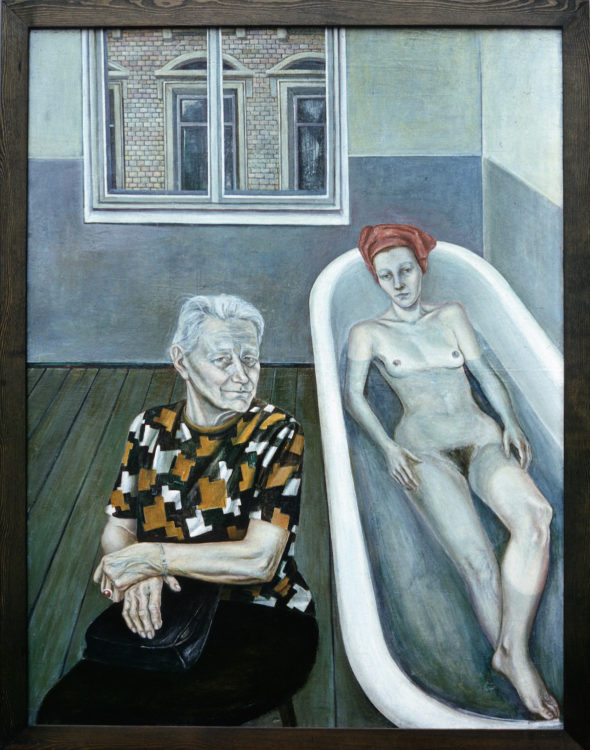 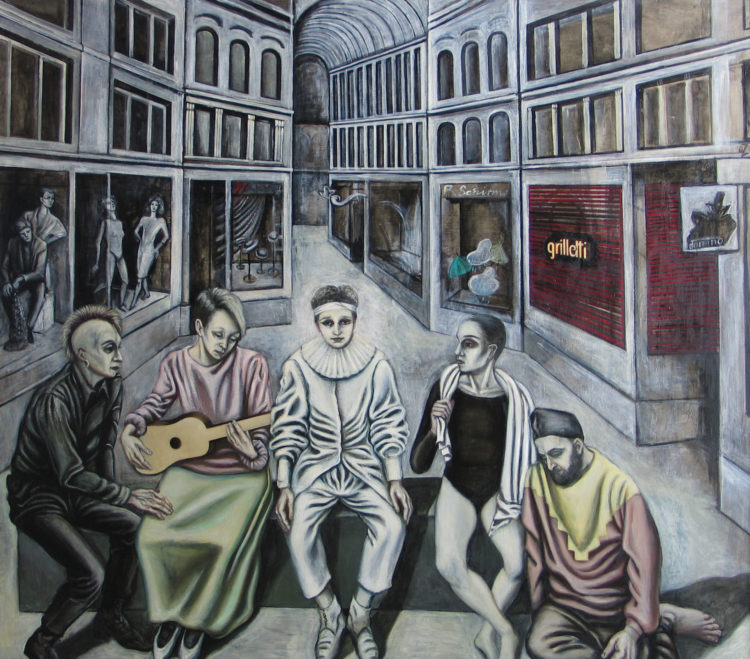 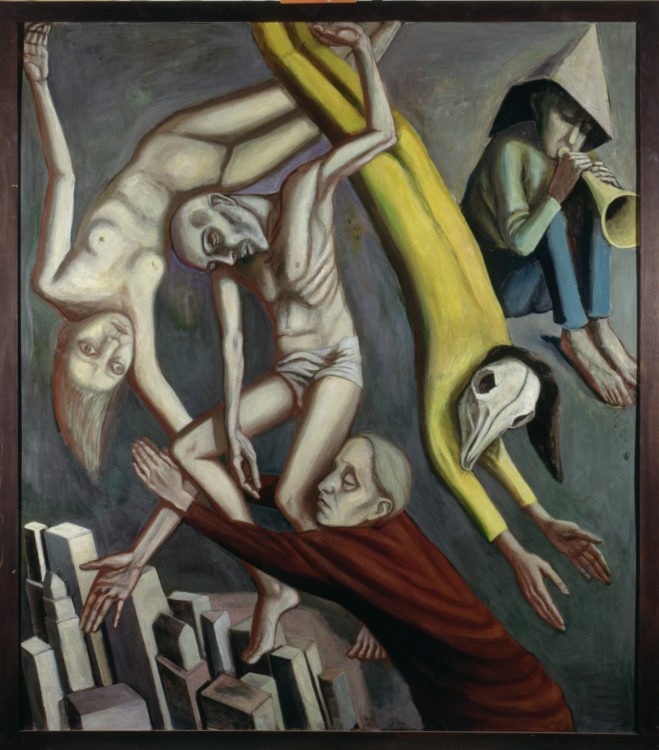 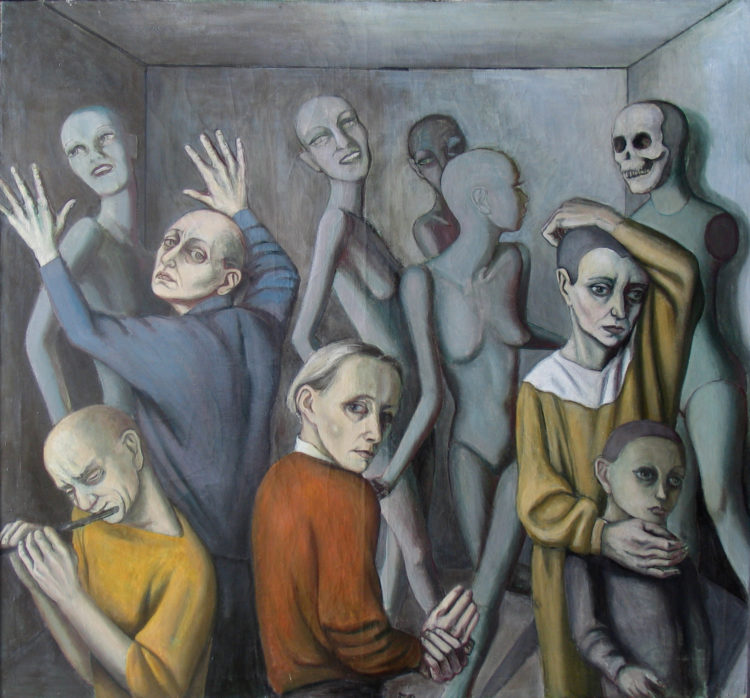 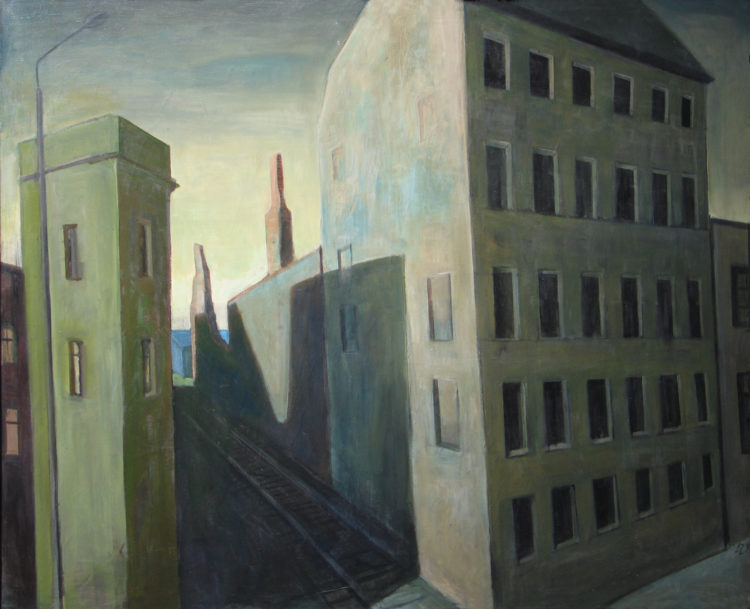 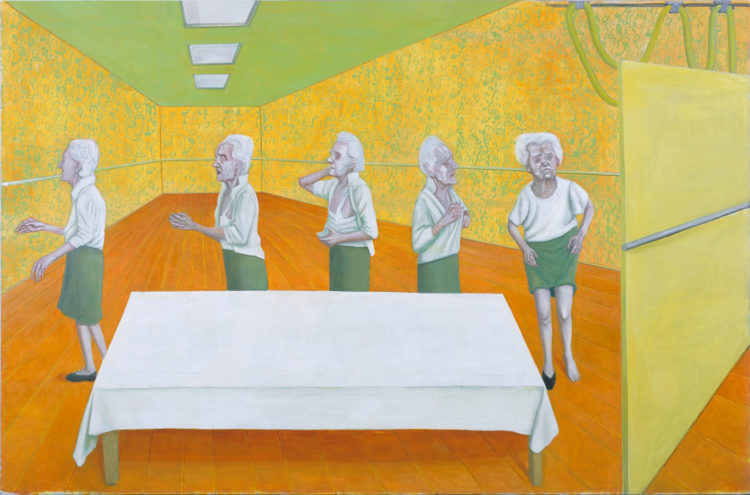 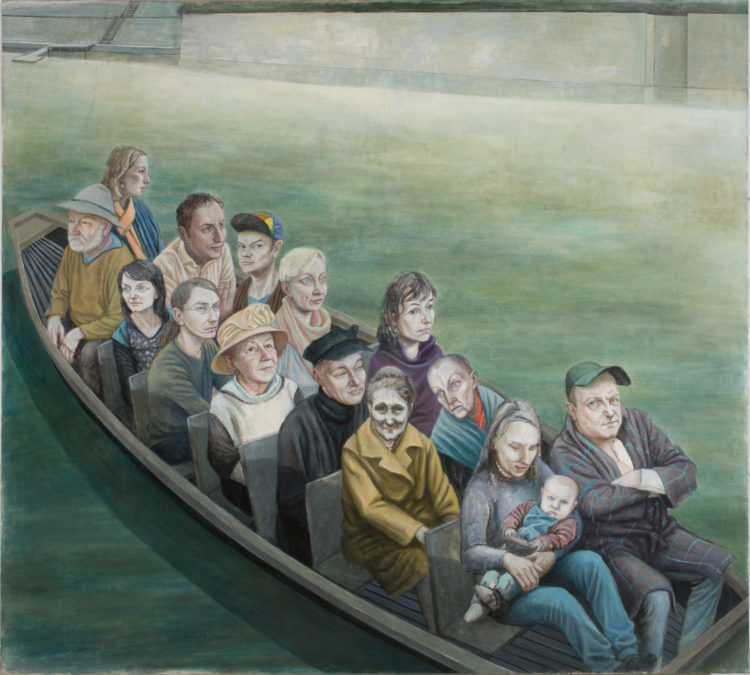 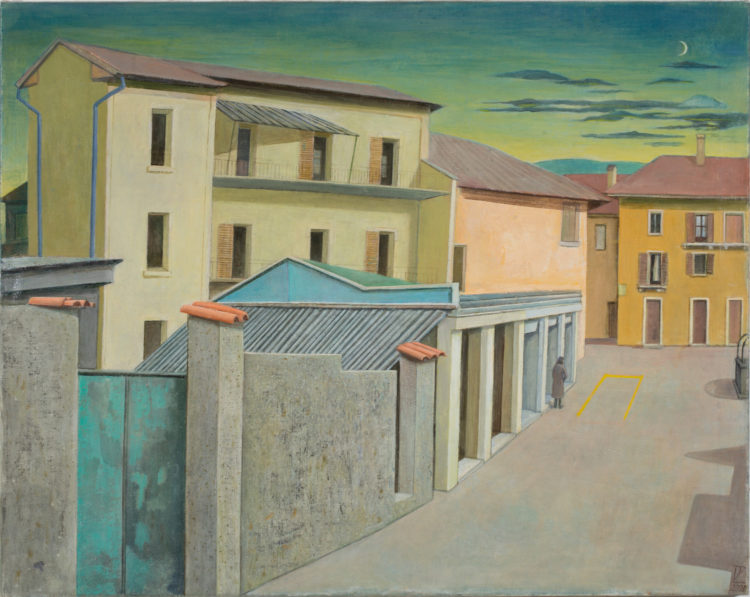 Over the course of the first decades of the 20th century, women painters, notably in Europe, were... Read more
Artists
Discover other artists