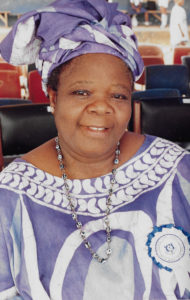 Josephine Ifueko Omigie (née Osayimwese) was the first woman to attend Nigeria’s earliest modern art school, the Nigerian College of Arts, Science and Technology (now Ahmadu Bello University, Zaria). She attended secondary school in Ede, a well-known centre of the historical Yoruba art of adire or cassava resist indigo dyeing, and an emerging node in modern Yoruba culture and arts. From Ede in the late 1950s, J. I. Omigie and her classmates were taken on school trips to the studio of the Austrian artist, Susanne Wenger (1915-2009), who had settled in the area, converted to the Yoruba religion, and was developing an art practice that merged aspects of the Yoruba artistic canon with European surrealism and abstraction. In 1958 J. I. Omigie joined the Fine Arts Department in Zaria where she received a Bachelor of Arts degree as well as a Postgraduate Art Teachers’ Certificate. When a small group of students founded the Zaria Art Society in 1958 to formulate a new language for Nigerian art that merged modernity and tradition, Omigie was already familiar with similar ideas through her immersion in the dynamic atmosphere of 1950s Ede. There is some evidence that she joined the Zaria Art Society and became its only female member in 1959. Thus, she was part of the circle that Susanne Wenger’s former husband, the German-born editor and cultural critic encountered when he visited the department in 1960 and published the cutting-edge work being produced by some of its students. In the 1960s and 1970s J. I. Omigie taught art at Edo College, Benin City; Lagos City College; Yaba College of Technology; and Queen’s College, Lagos, before becoming Vice Principal and, later, Principal of the Federal Government Girls’ College, Benin City. At the same time, she maintained a small art practice and exhibited her works. Research is ongoing to identify these exhibitions.

She was in the first class of students in the Fine Art Department in Zaria to be offered the textile design specialisation. Influenced by Yoruba adire, her art practice focused on textiles. A 1970s wax resist wall hanging depicts one woman sitting in partial profile sitting and another in the time-honoured pose of the Nigerian woman carrying a calabash. Rejecting realism, the women’s limbs proliferate and splay out to merge with the many lines, dots, scallops and triangles that occupy the field of the work. Similar motifs are present in a number of wearable textile works (boubous and dashikis) produced by J. I. Omigie. Her color palette of indigo, white, and reds, as well as her lexicon of primary, geometric forms reference adire textiles, but her refusal of direct allusions to Yoruba or other specific ethnic mythologies spoke to her desire to identify an artistic language at once modern and broadly Nigerian. In addition to her textile works, J. I. Omigie’s body of work includes several signed ceramics from the 1950s. She maintained long-term professional and social relationships with her former classmates, Zaria Art Society members, and prominent Nigerian artists, Solomon Irein Wangboje (1930-1998) and Bruce Onobrakpeya (born in 1932). 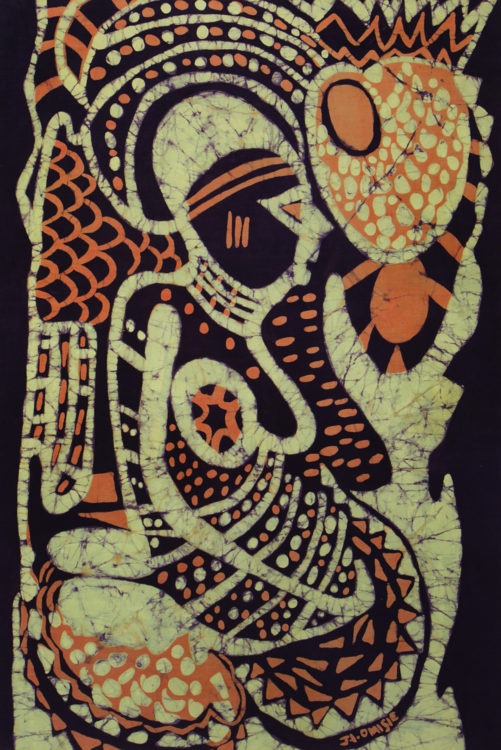 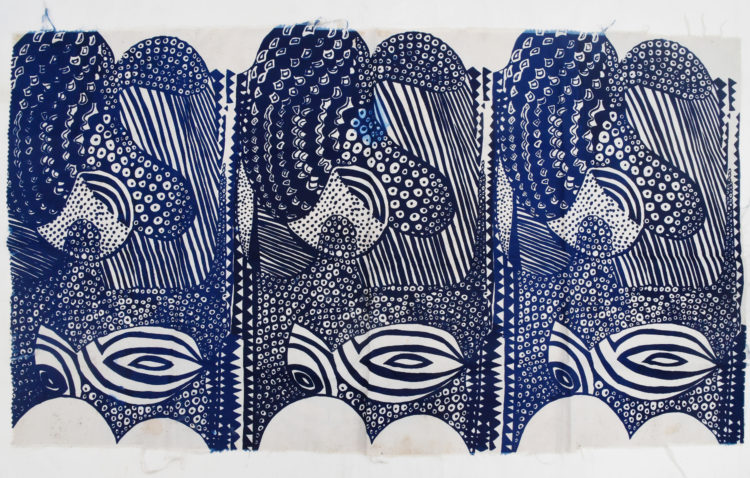 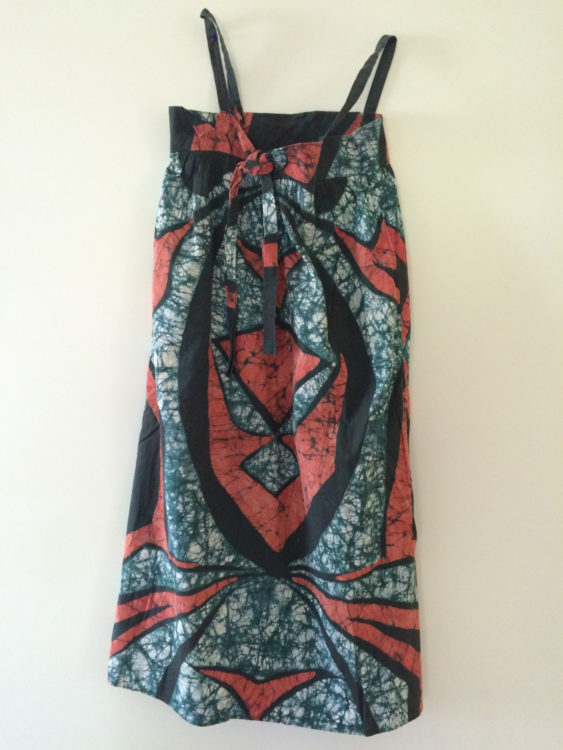 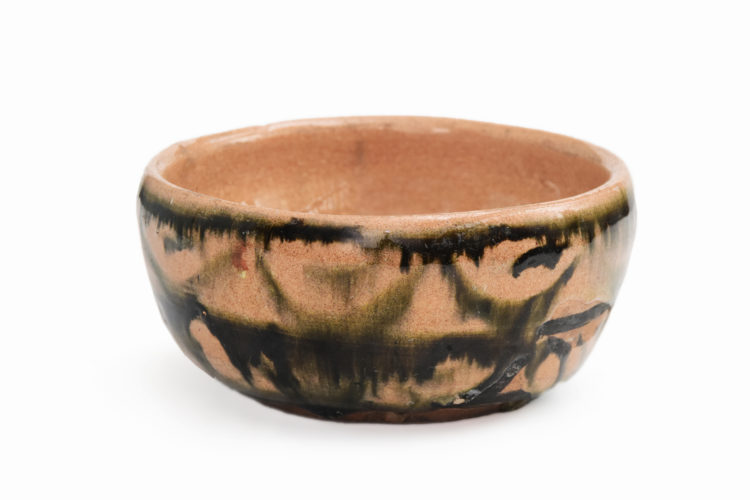 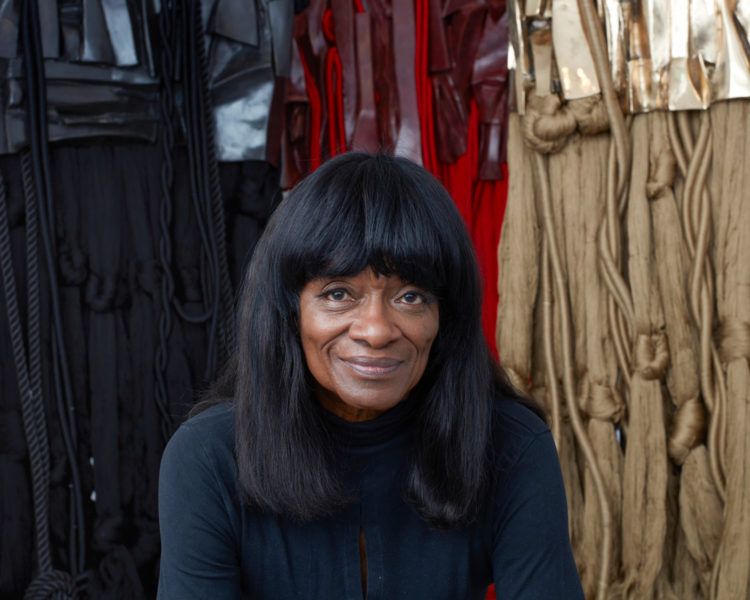