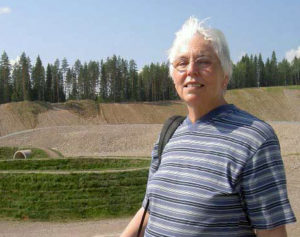 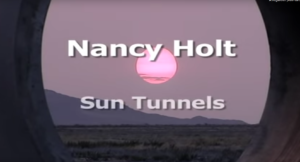 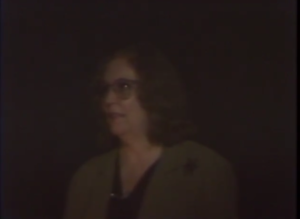 After studying biology at Tufts University in Medford, Massachusetts, Nancy Holt moved to New York. In 1963 she married Robert Smithson, with whom she collaborated on several occasions. Her early works – photographs and videos – were created during the pivotal period when artists wished to develop practices devoid of the constraints imposed by the museum and the market, by realising outdoor works using natural elements. In this context, photography became the valued art form and videos became the tools of creation. Between 1962 and 1973, the artist realised five films with Michael Heizer related to R. Smithson’s interventions in the Nevada desert: Untitled/Mono Lake (1968); East Coast, West Coast (1969), Spiral Jetty (1970); Swamp (1971); Amarillo Ramp (1973). In 1968 she turned instead to her own version of land art. For Buried poems (1969–1971), she buried five poems in the soil of her region, each dedicated to a different person, including her husband Carl Andre, and M. Heizer. Like several of her land art companions, the artist saw the possibility of an artistic renewal in nature, and more specifically in the great American plains. Her interventions are characterised by a total awareness of the site, an awareness which determines the choice of materials and induces the form of the work.

Her approach differentiates itself through a willingness to “bring the vast space of the desert back to human scale.” This corresponds to the necessity of weaving a direct relation between the work, its topographical placement, the surrounding elements (earth, sun, light) and the viewer. Her major work Sun Tunnels (1973–1979), in the Great Basin Desert in the northeast of Utah, was composed of four massive, hollow, concrete cylinders which were positioned according to the summer and winter solstices and through which the viewer could circulate to observe the changing light of the sun and moon in different seasons. Each of her in situ works, such as Hydra Head (1974), Rocks Ring (1977–1978), Up and Under (1998), and Annual Ring, Solar Web (1984), reveals a direct interaction with its surrounding natural elements, aiming to question the perception of time and space among the viewers, who are in turn invited to become aware of their place on the site or, more broadly, in the universe. In parallel to these works, the artist continued to work with other mediums such as photography, video, books, and installations. Considered an emblematic figure of land art for having renewed the approach and its meaning, N. Holt was the only female representative of the movement. 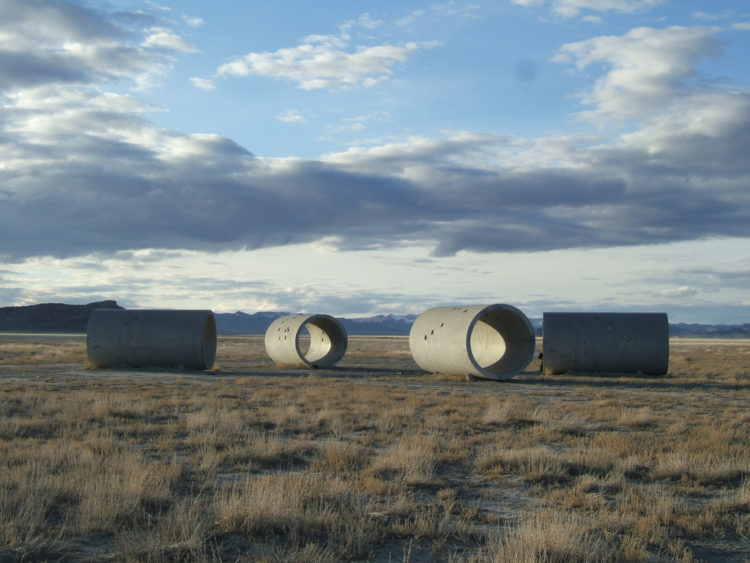 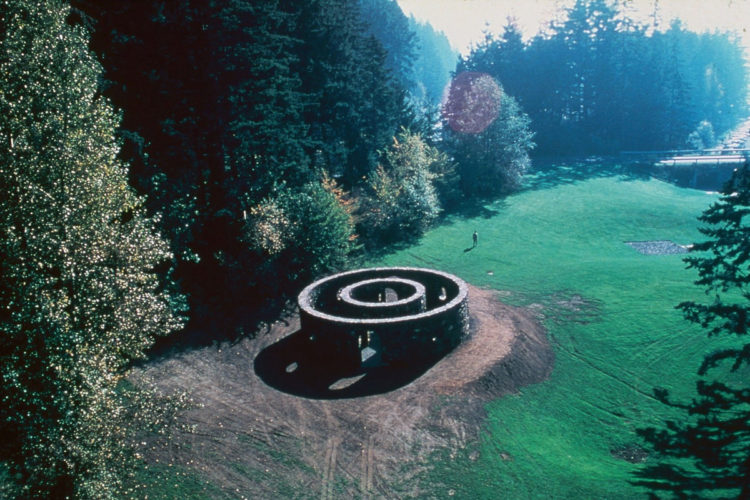 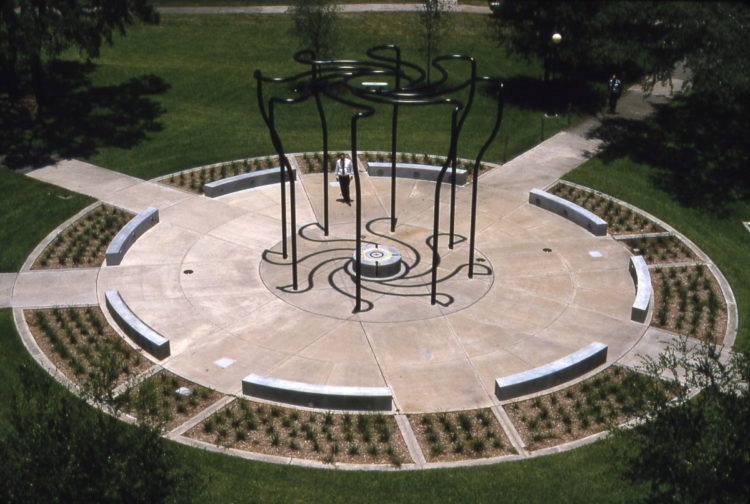 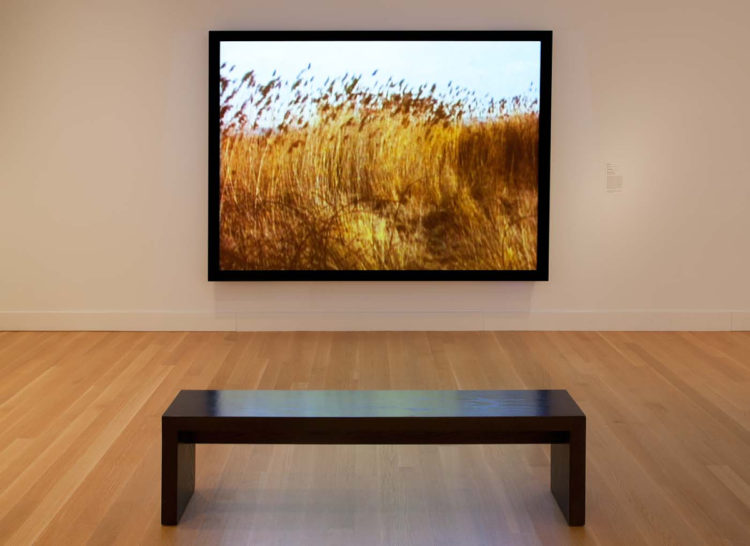 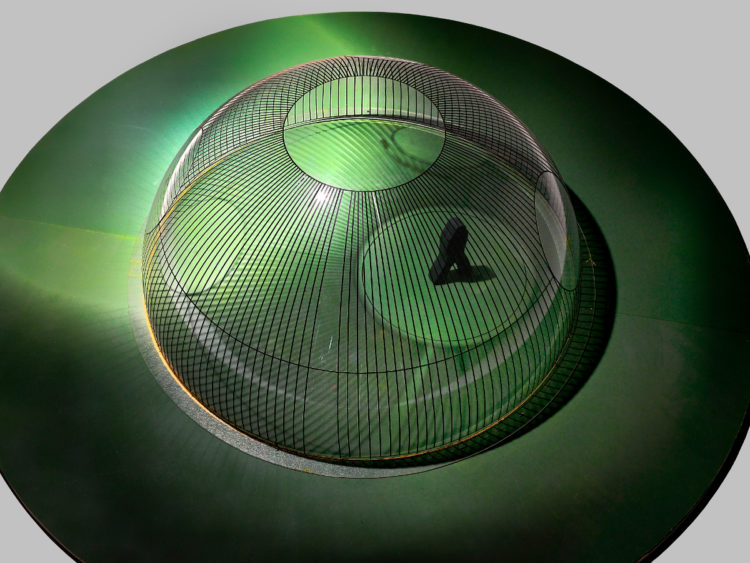 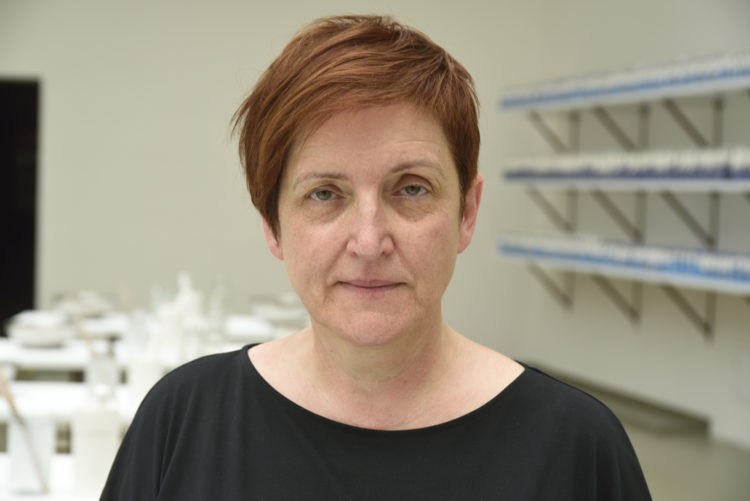