Nalini Malani: A work between personal experience and torments of history 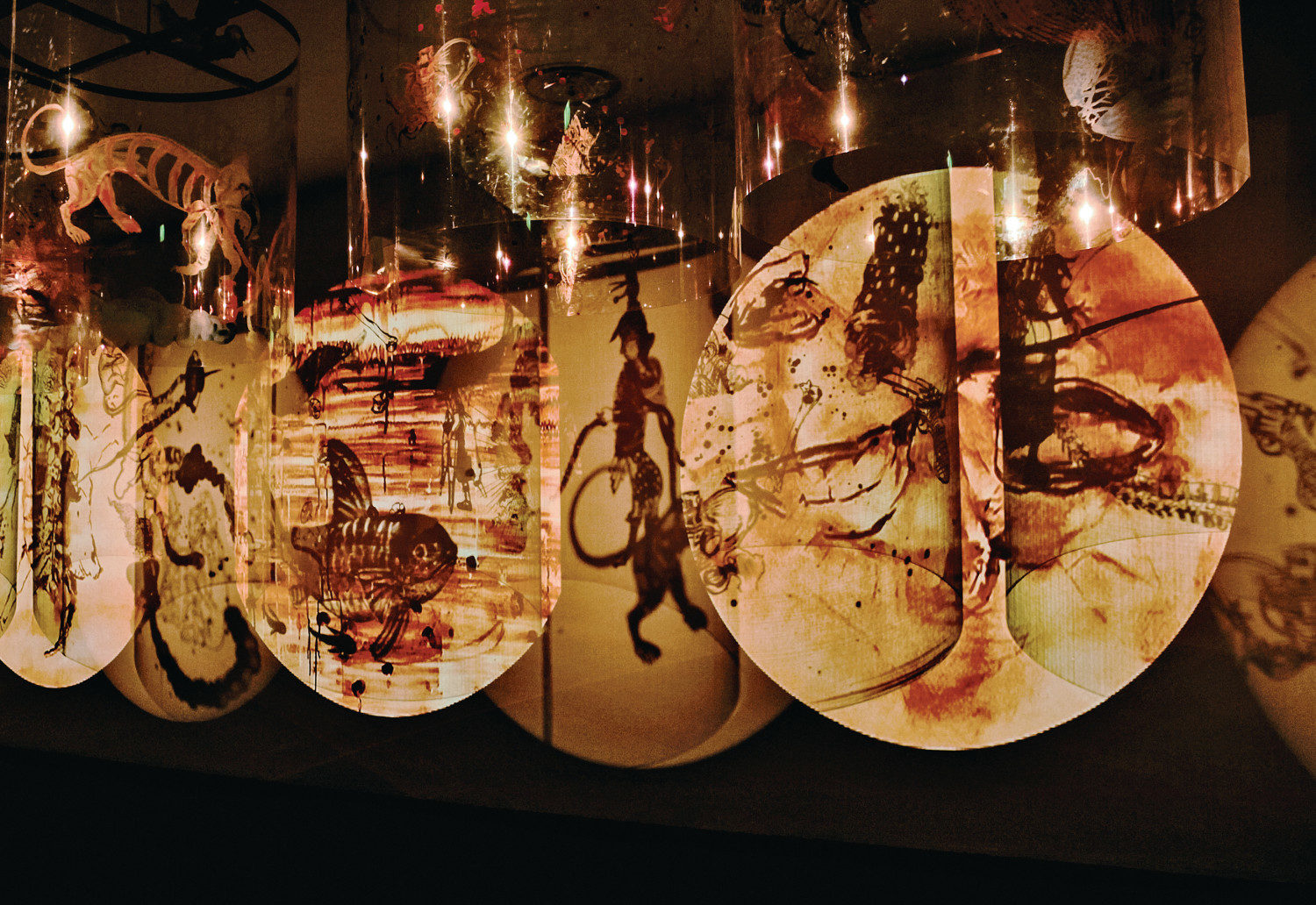 The video experimentation and performances of Nalini Malani, a pioneering and political artist of the Indian scene, are now well known: monumental and immersive installations combining paintings, screenings, sound and video installations.

The retrospective currently presented at the musée national d’Art moderne – Centre Georges Pompidou (Paris) retraces half a century of creation, from photograms and 16mm films to her “shadow plays/videos”, paintings, and drawings. While the artist tirelessly varies her media and techniques, the history of India and the violence of the world (particularly towards women) have consistently remained the cornerstones of her thinking and her work.

Born in 1946 in Karachi, a city then under British rule, Nalini Malani was forced to flee with her whole family to Calcutta and then Bombay at the time of the division of India in 1947.1 A victim of great precarity, plunged into unknown languages and cultures, the artist’s practice was long informed by this traumatic experience and upheaval. From the 1970s onwards, she also examined the subject of war and Indian nationalism, drawing on popular beliefs and the role of women in a context of rural exodus and urban expansion, adopting a deliberately humanist and internationalist perspective. 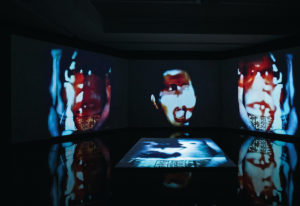 Although not entirely chronological or thematic, the retrospective at the musée national d’Art moderne – Centre Georges Pompidou opens with the first works created by Nalini Malani between 1969 and 1976, notably during her participation in the Vision Exchange Workshop (VIEW) in Bombay, followed by those produced during her time in Paris.
A series of films in black and white as well as photograms or photomontages raise questions pertaining to the developing world, to anti-imperialist struggles, or the segregations and prohibitions endured by women. The exhibition sheds light on her outspoken avant-gardism; Utopia (1969-1976), for instance, is presented in the form of a dual projection: a film showing the enthusiasm and hope given to the middle classes by Nehru’s modernism in the 1960s is juxtaposed with a video, created after the artist moved to an ordinary building in the suburbs of Bombay, which in her view attests to the disillusionment that followed this dream and to the urban dystopia of the 1970s. 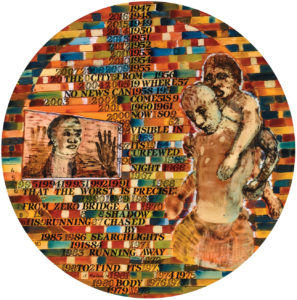 Nalini Malani, All We Imagine as Light. The City from Where No News Can Come, 2016, painted tondo on the reverse, Ø 112 cm, © Anil Rane

The Search for Pluralistic Forms

The 1990s marked the start of new experimentation for Nalini Malani and a desire to best express the subjects she holds dear and reach a wider audience. At that time, the artist was collaborating on theatre projects in which paintings, videos, audio snippets, and performances were combined. She created huge installations entitled Shadow plays / videos in which images are projected through transparent, rotating cylinders, painted on the outside, while various lights and sound effects also contribute to fully integrating the spectator within the spectacle. In the middle of the exhibition, the musée national d’Art moderne – Centre Georges Pompidou exhibits Remembering Mad Meg (2007-2017), an installation inspired by the painting by Pieter Bruegel the Elder, Mad Meg (circa 1562), in which an army of women decides to pillage hell. Nalini Malani denounces the religious and political acts of violence that affect the Indian population and of which women are the primary targets, suffering cruel attacks and rape. In the early 2000s, the artist also developed the concept of the “video play” and created Hamletmachine, inspired by the play by dramatist Heiner Müller. In her work, the character of Hamlet, played by the Butoh dancer Harada Nobuo, becomes the metaphor for the Indian government, uncertain as to its socio-political and economic orientation.

The exhibition also affords the artist the opportunity to return to drawing and painting, which remain fundamental to her work. Nalini Malani thus reveals her most recent paintings, All We Imagine as Light (2000)2, in which she deploys a multi-layered story featuring various characters with painful expressions evoking the violent separation of Kashmir, by way of the eleven painted panels of a polyptych. 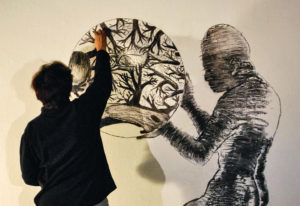 As a complement to this overview of her work and concurrent with the exhibition held at the Centre Pompidou, the Lelong gallery in Paris presented (12 October-25 November 2017), a series of portraits entitled People Come and Go in which Nalini Malani reminisces about people she met in her neighbourhood in Bombay between 1978 and 2002. Fleeting visions and figures in fading lines, as though emerging from a dream, are thus formed in her mind and transferred to paper. A second edition of the retrospective at the Centre Pompidou will be presented at the Castello di Rivoli Museo d’Arte Contemporanea, Rivoli-Torino, from 27 March to 22 July 2018.

1
In 1947, the division of the colonial British Empire in India led to the creation of two independent states: Pakistan, with a Muslim majority, and India, with a Hindu majority. This division led to violent conflicts (particularly in the Kashmir region) and the displacement of millions of people.
2
The title of the series is inspired by a poem by Kashmiri writer Agha Shahid Ali, published in the collection The Country Without a Post Office (1997).

How to cite this article:
Marie Perennès , "Nalini Malani: A work between personal experience and torments of history." In Archives of Women Artists, Research and Exhibitions magazine, . URL : https://awarewomenartists.com/en/magazine/nalini-malani-oeuvre-entre-experience-intime-tourments-de-lhistoire/. Accessed 3 October 2022