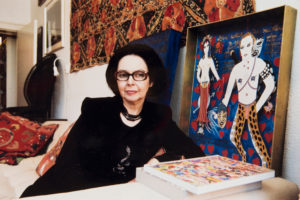 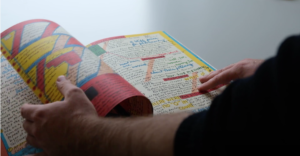 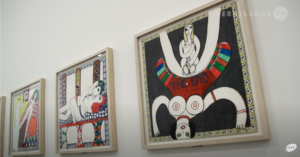 Dorothy Iannone studied law and literature before beginning to paint. In 1958 she married the painter James Upham and they moved to New York. In 1961 she successfully sued the American government for banning the sale of Henry Miller’s novel Tropic of Cancer (1934), which was then reauthorised for importation in the whole country. Her early works were influenced by abstract expressionism and consisted of free-hand non-figurative paintings. She then shifted from these all-over abstract paintings to canvases fully covered in ornamental figurative elements, among which is the explicitly titled All (1963-1964).
The couple spent time travelling through Europe and Asia, where Indian iconography would make a lasting impression on D. Iannone. During a journey to Iceland in 1967 she met Dieter Roth (1930-1998), who became her lover and muse until 1974. During this time, she associated with members of the Fluxus group, including Robert Filliou (1926-1987) and Emmett Williams (1925-2007).

D. Iannone found her definitive pictorial style in the mid-1960s. Her free, exuberant and extremely lively form of expression is in some aspects reminiscent of Pop art – and, by extension, of the world of comics – as well as art brut. In a form of syncretism, the images and language of various civilisations all merge into one. Using a variety of mediums – paper, canvas, wood – with the occasional addition of video screens, her drawings bring to life the entire surface of her pieces, taking over the medium completely and are combined with decorative elements that carry implicit meanings. On the other hand, the titles of the pieces provide explicit keys to understanding their frequently sexual connotations. Her series People (1966-1967) consists of painted wood cut-outs depicting a pantheon of famous figures, both real and mythological, dressed in clothes designed to show only their genitals.

In 1969 D. Iannone also faced censorship during a group exhibition organised at Kunsthalle Berne by Harald Szeemann, when her Ta(Rot) Pack (1968-1969), a pack of tarot cards decorated with sexual depictions of her relationship with her partner, was pulled from the show. None of the other artists showed any support, with the exception of D. Roth, who refused to show his works in solidarity.
In the late 2000s D. Iannone worked on a new series of figures, this time depicting legendary couples from film history, painted alongside short texts about the lovers, thus completing the cycle of her inspirations and taking them beyond her own love story. Later in life D. Iannone finally gained the major recognition her work deserves. 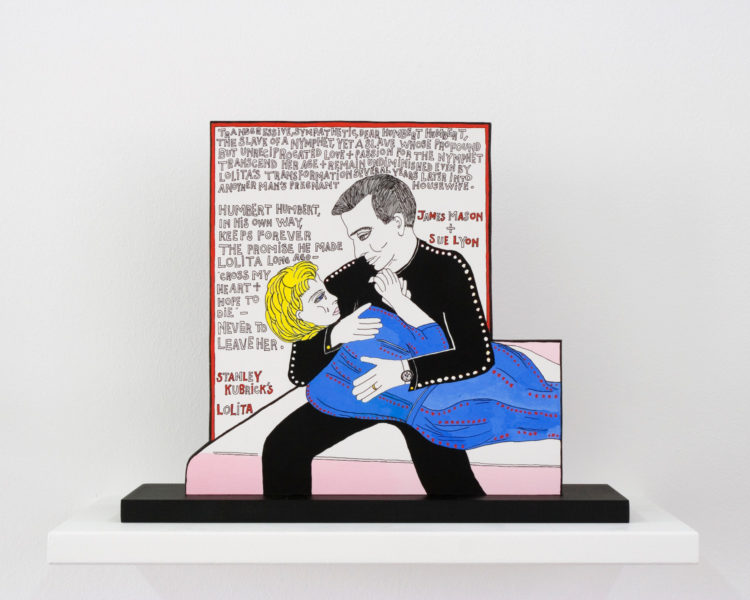 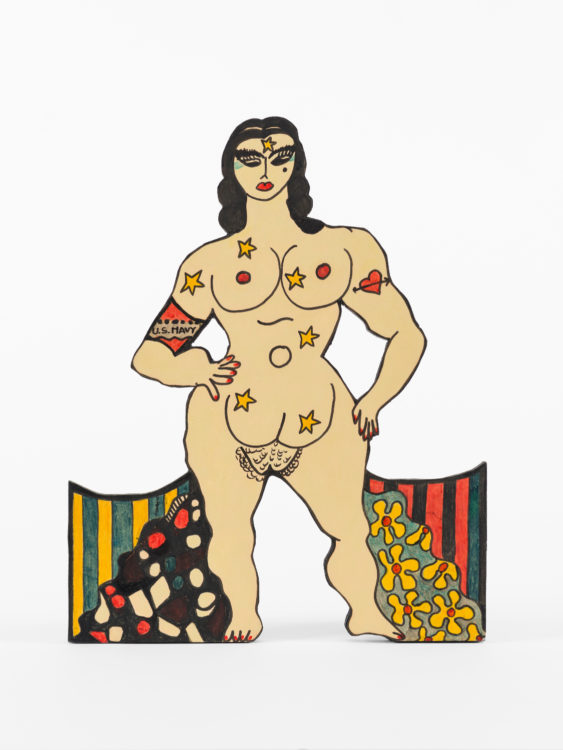 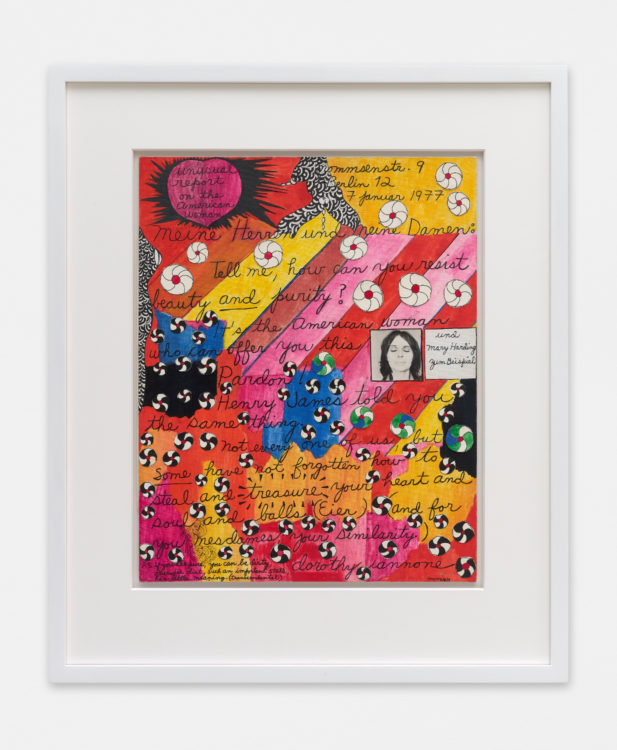 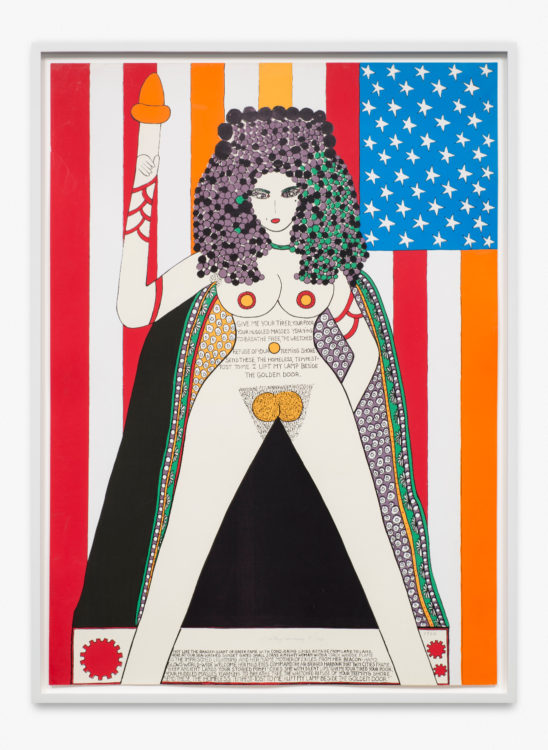 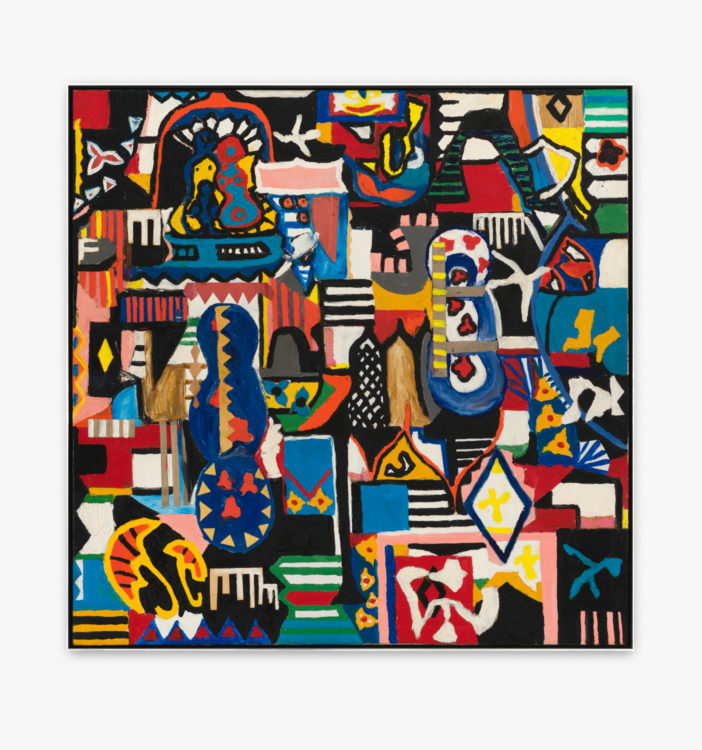 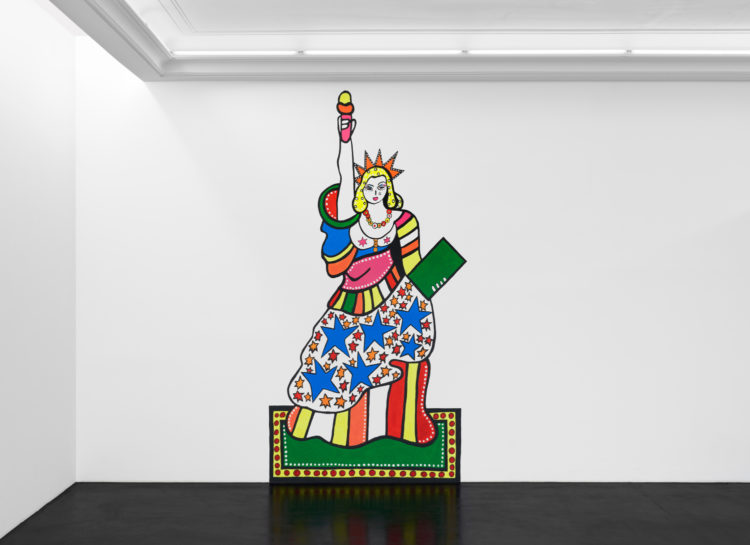 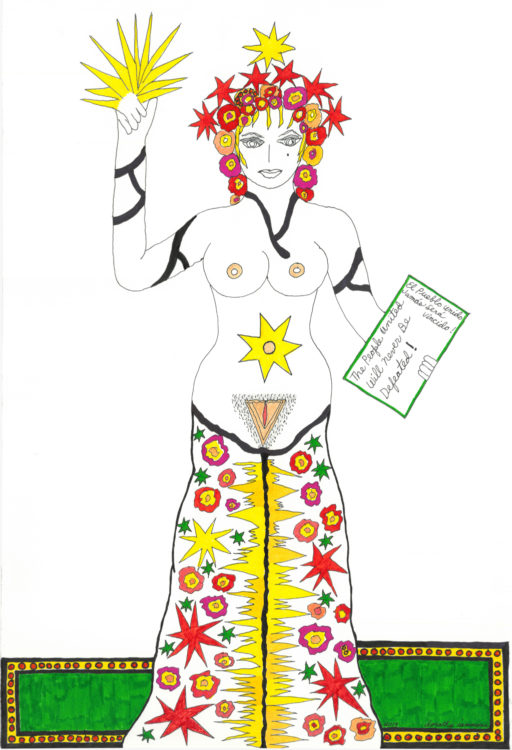 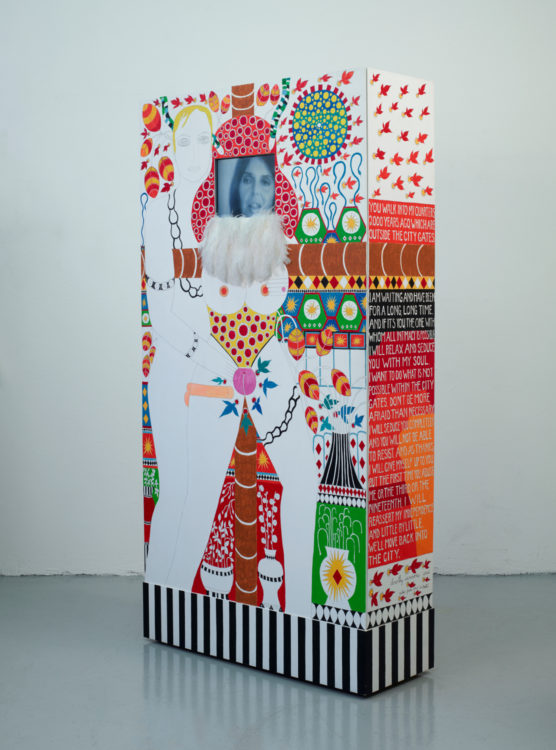 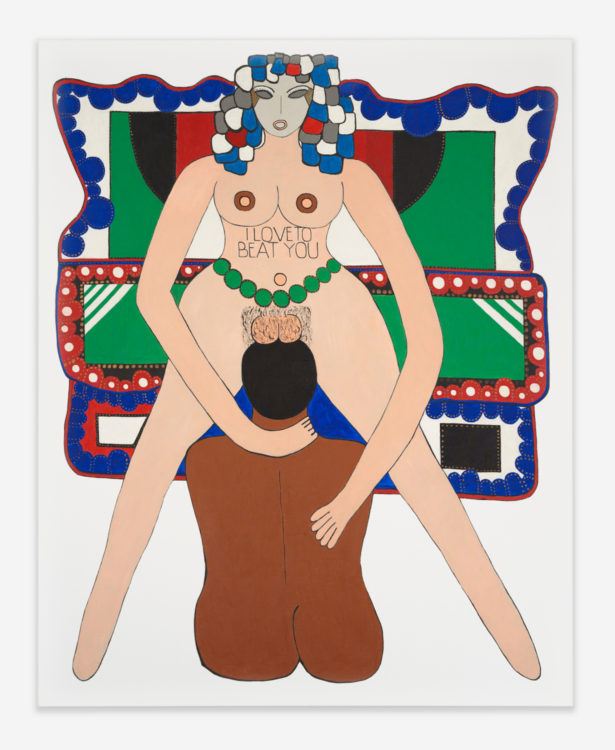 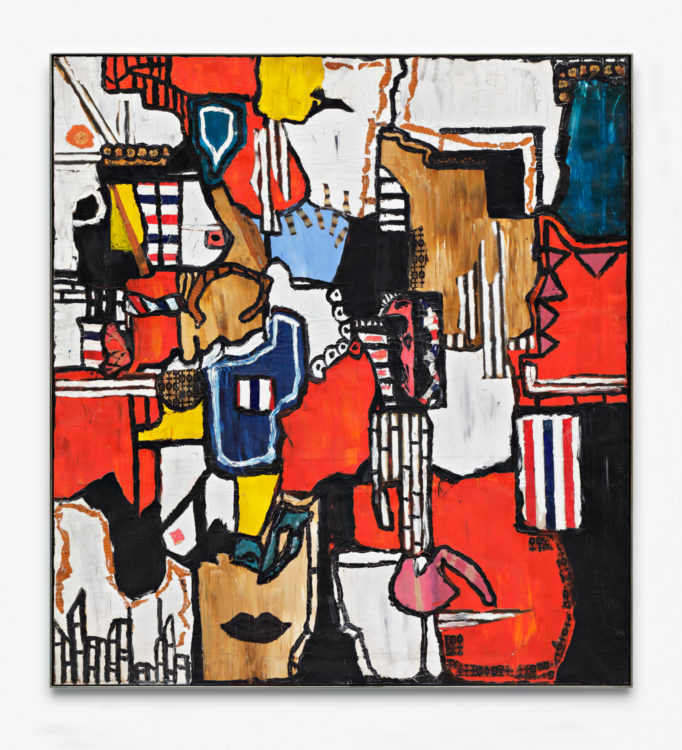 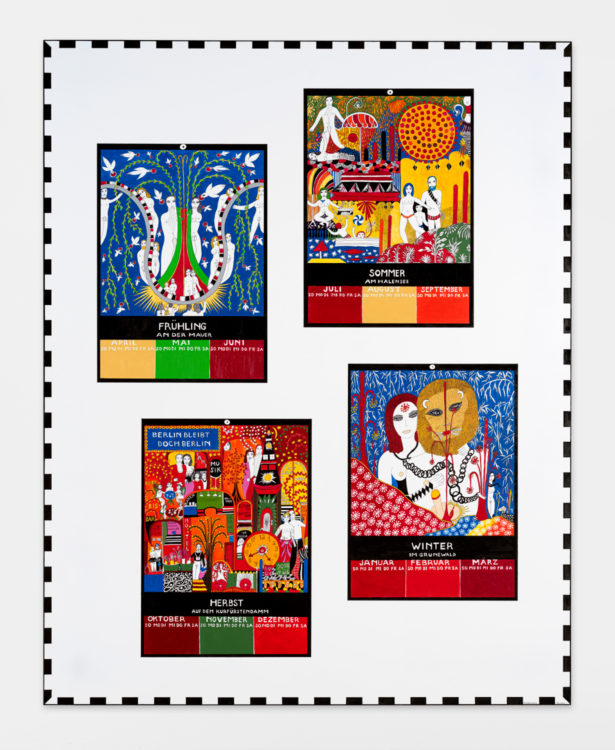 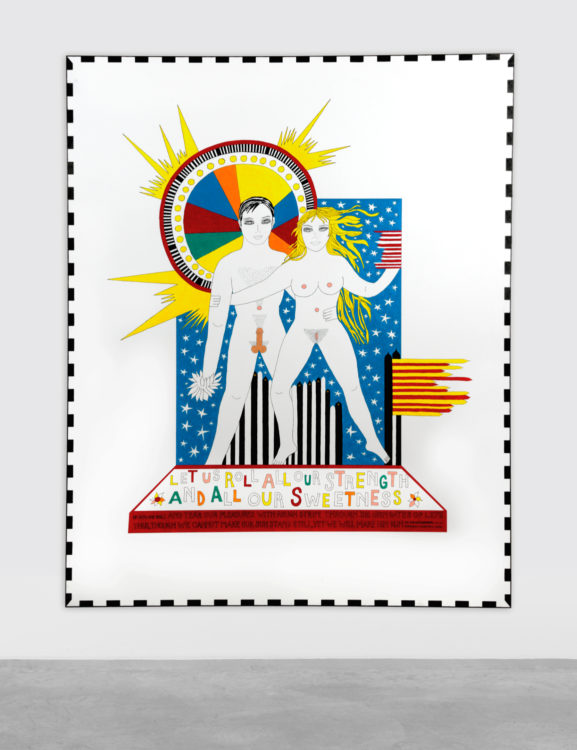 “If the female function is not enough to define woman, and if we also reject the explanation of t... Read more
Explore
Linked theme