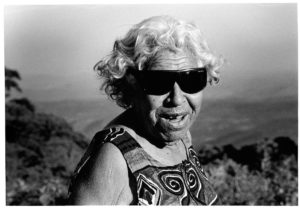 Born to an Aboriginal mother and an Irish father, Queenie McKenzie succeeded in escaping the assimilation policy of the Australian government, which systematically separated children of mixed parentage with the stated goal of “whitening” them. On several occasions, her mother coated her skin with charcoal to avoid her being taken to an institution. She thus was able to grow up close to her family on Texas Downs Station in the east Kimberly, one of the rare properties manage conjointly by white farmers and Aboriginal families. She worked as a cook for forty years, all the while learning the Gija law with initiated women from the region. In 1974 she moved in with the newly created Warmun community who were developing a new ceremony, dreamed of by an initiated Kukatja from the desert, in which dancers would carry large wooden panels on their shoulders. The cryptic motifs painted on these panels evoked significant topographical elements of the eastern Kimberly and mythical characters. These paintings were quickly adapted onto canvases for the art market and used as educational tools for the bilingual Ngalangangpum School in Warmun.

Co-founder of the school, Q. McKenzie was the first woman to paint on canvas in the early 1980s. From the beginning her paintings stood out with new blends of ochre and natural fixatives giving them a matte texture. In addition to geographical, mythological and historical elements related to colonial massacres, her works contain references to Christian themes borrowed from the Old and New Testaments. In the early 1990s major Australian galleries began collecting her works. After participating in the creation of an artistic cooperative in Warmun and inspiring several generations of artists, Q. McKenzie’s final dream was to see that her family return to her hometown of Texas Downs to take over the farm and build a viable method of development. 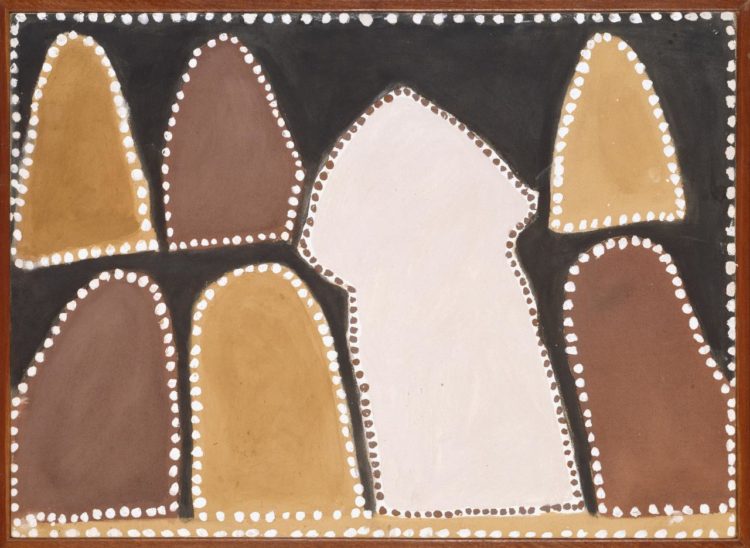 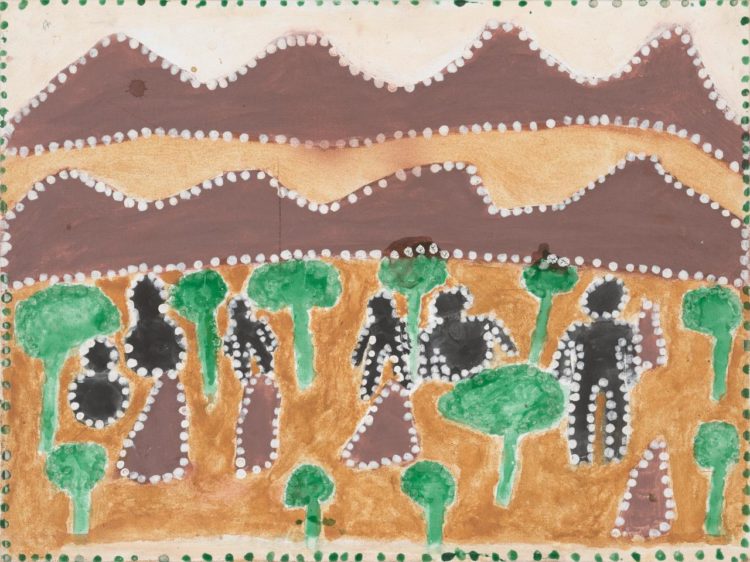 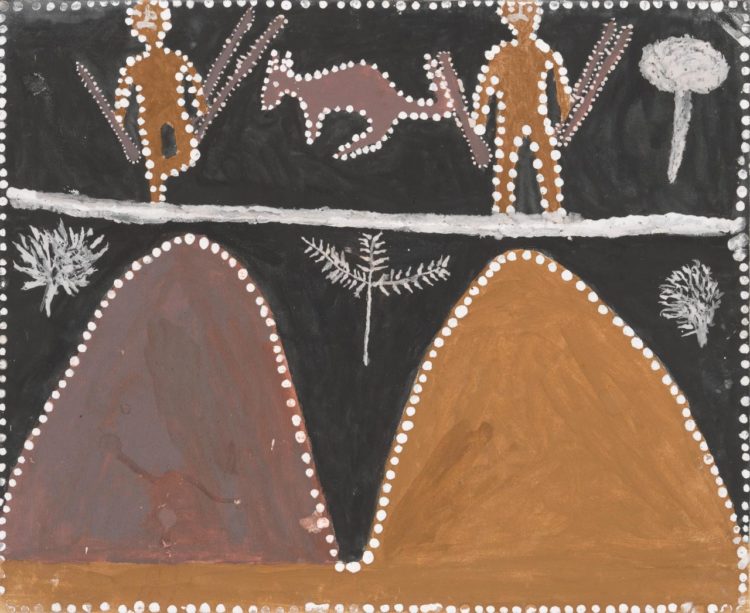 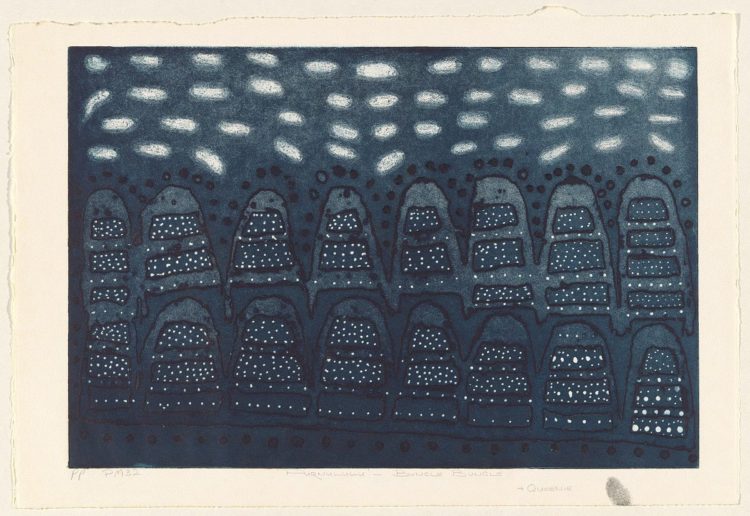 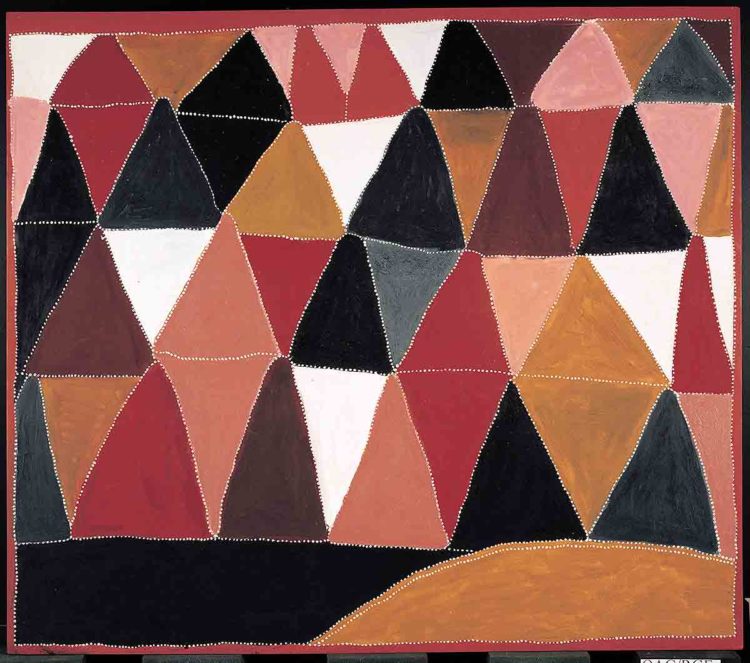 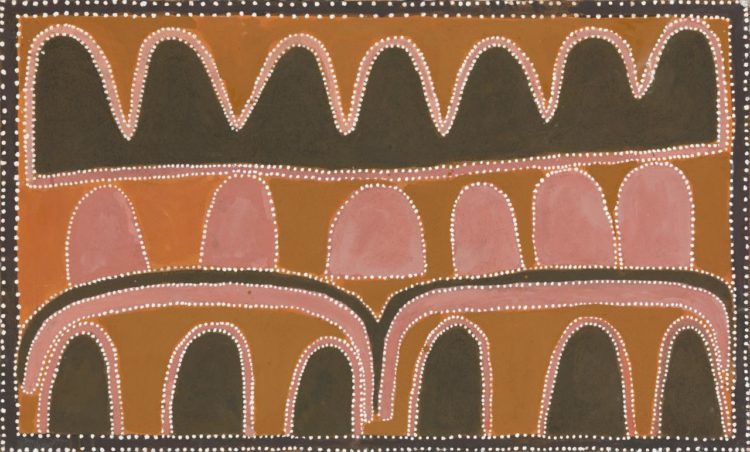