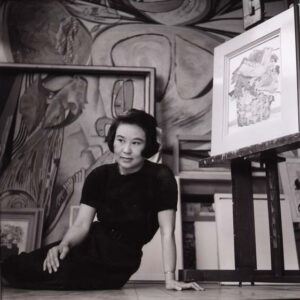 Yuki Katsura was the fifth daughter of Benzō, a Tokyo Imperial University professor, and Keiko Katsura. Though she took the name “Yukiko” throughout and initially after the war, she began calling herself “Yuki” in the 1970s. Beginning in the 1930s, Y. Katsura quickly developed an independent, cutting-edge collage technique, independent from the surrealist movement. She pursued, with both humour and criticism, a unique form of expression that mingles the realistic presence of everyday objects and animals with abstract shapes in a single picture. She was a trailblazer among women avant-garde artists both before and after the war.
In 1926 Y. Katsura wished to study oil painting, but her parents instead recommended traditional Japanese Nihonga painting and she began studying under Shūho Ikegami (1874-1944). In 1931, following her graduation from a girl’s high school, she was finally allowed to study oil painting and received instruction from the Western-style yōga painters Ken’ichi Nakamura (1895-1967) and Saburōsuke Okada (1869-1939). During this period she also visited the Avant-Garde Yōga Research Institute run by Seiji Tōgō (1897-1978) and received instruction from Léonard Tsuguharu Foujita (1886-1968), who had just returned from Paris.

In early 1935, she held her first solo exhibition, Yukiko Katsura: Collage, at the Kindai Gallery. That same year she was selected to participate in the 22nd Nika Art Exhibition, and she continued to be selected from that time on. In 1938, on the recommendation of L.T. Foujita, she held a solo exhibition at the Gallerie Nichidō and was lavishly praised by L.T. Foujita, S. Tōgō and Tamiji Kitagawa (1894-1989). However, her avant-garde technique of painting newspaper and pasting cork onto board was not generally understood, while the avant-garde itself was judged to be man’s work. In the same year, Y. Katsura participated in the founding of Nika Kyūshitsu-kai, alongside Jirō Yoshihara (1905-1972), Takeo Yamaguchi (1902-1983) and others. The Nika Kyushitsu-kai was a group of avant-garde artists affiliated with the Nika-kai oil painting association. Of its 41 members, Y. Katsura was one of only three women. As the war progressed, so, too, did government control of artists. In 1943 Y. Katsura answered the call of Haruko Hasegawa (1895-1967) to join the Women Artists Service Corps. She was also involved in the production of the collaborative work, The Painting of All Labouring Women in the Empire during the Great East Asian War (Daitōasen kōkoku fujo kaidō no zu). In 1946, following the end of the war, she participated in the founding of the Women Artists Association (Joryū gaka kyо̄kai). In 1947 she helped coordinate the establishment of the Japanese Avant-Garde Artists Club (Nihon avangyarudo bijutsuka kurabu). At the invitation of Tarō Okamoto (1911-1996) she attended the discussion group, “The Night Society (Yoru no kai)” (established c. 1947), developing a warm friendship with the literary critic Kiyoteru Hanada (1909-1974). In 1950 she was nominated to become an official member of the Nika-kai at the 35th Nika Art Exhibition and served as an exhibition juror until 1956.

Before the war Y, Katsura declined all opportunities to study abroad, but she visited France in September 1956 and subsequently travelled through Europe and the United States for six years. She did not paint much while in Paris, but instead developed friendships with Yves Klein (1928-1962), Jean Genet, Jean Cocteau (1869-1963) and many others. In 1958 she journeyed to rural Africa. After that, she went to the United States and made the acquaintance of Louise Nevelson (1899-1988), Sam Francis (1923-1994), Mark Tobey (1890-1996) and other artists in New York. In 1960 she participated in a group exhibition with Kenzō Okada (1902-1982) and Yayoi Kusama (b. 1929). Around this time Y. Katsura began producing abstract expressionist works made of crinkled paper, and after receiving word of her father’s death in April 1961, she returned to Japan and unveiled a solo exhibition at Tokyo Gallery in June. She withdrew from the Nika-kai in the same year. After that she began making full use of a uniquely humorous collage technique, using cork and cloth, constantly pioneering fresh styles. During this time, she held solo exhibitions at galleries and exhibited work in the group exhibitions of numerous museums. Despite her tremendous output and reputation, a retrospective of her work was not held at a Tokyo art museum until 2013, on the centenary of her birth. 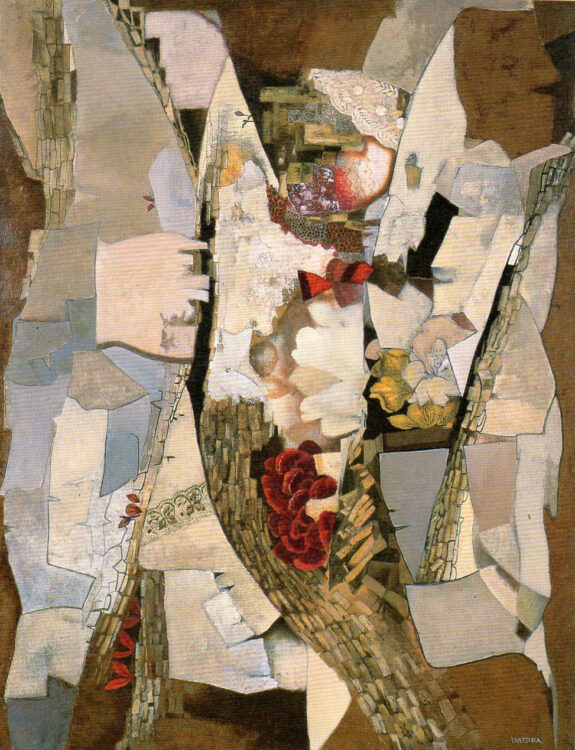 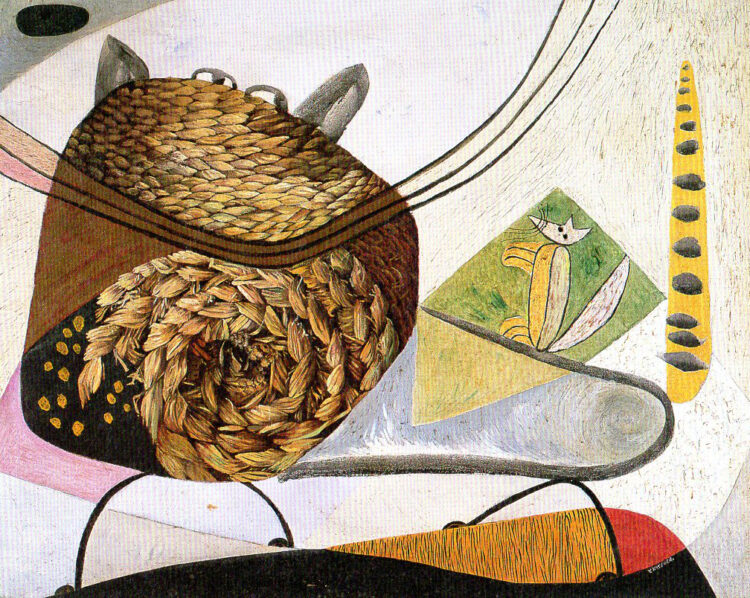 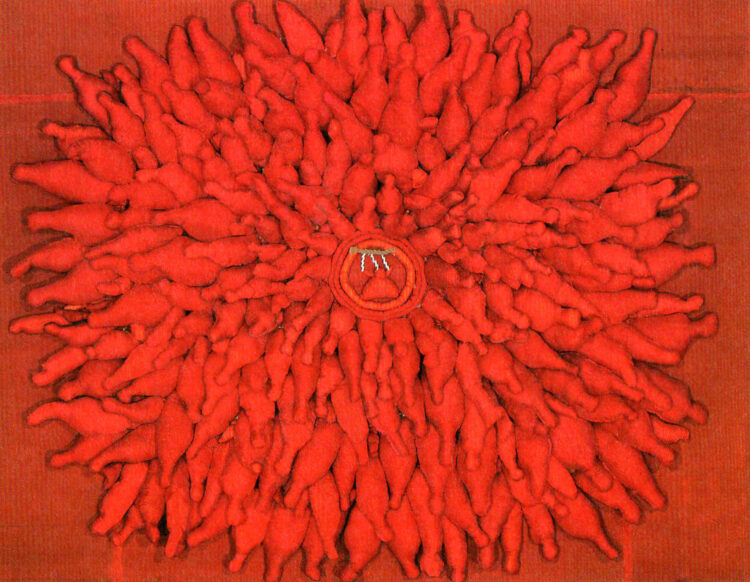 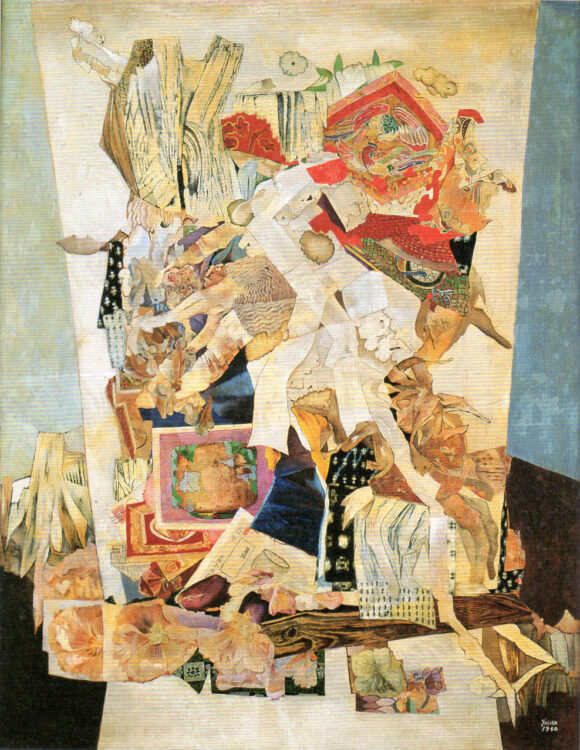 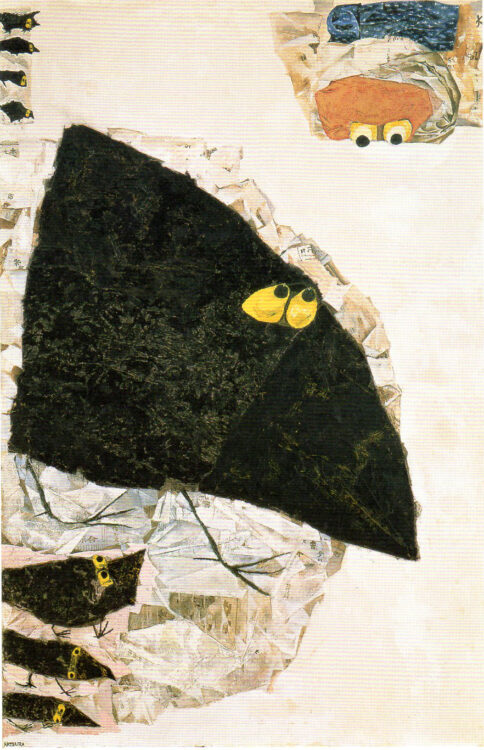 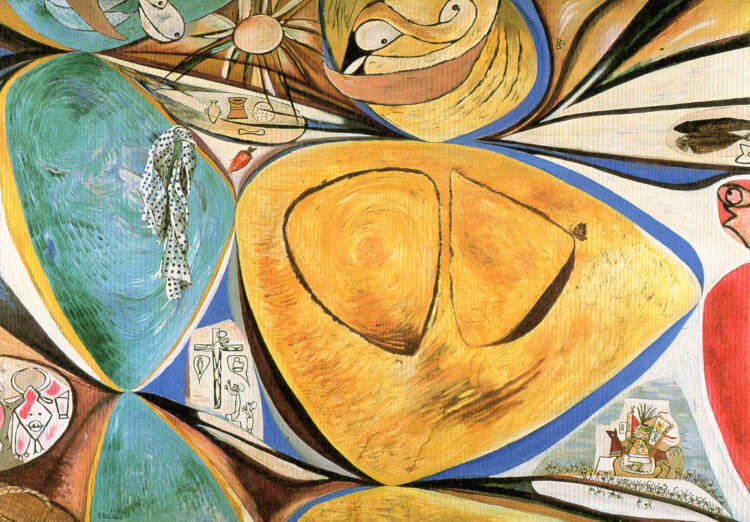 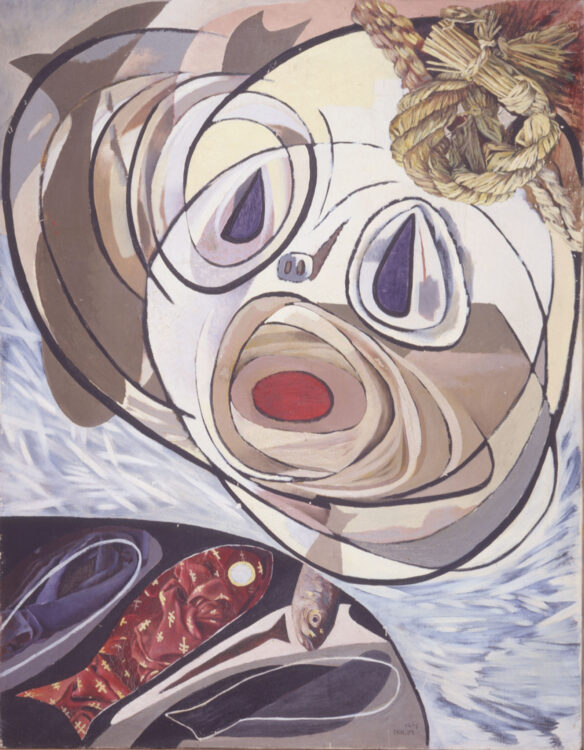 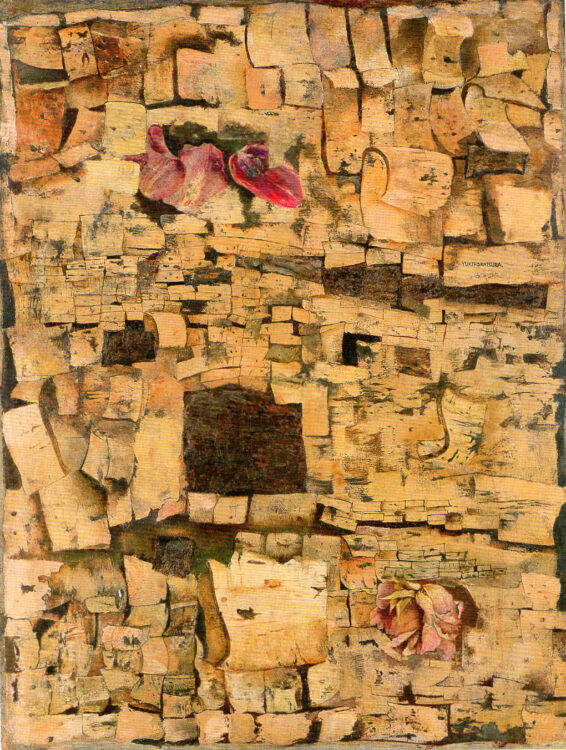 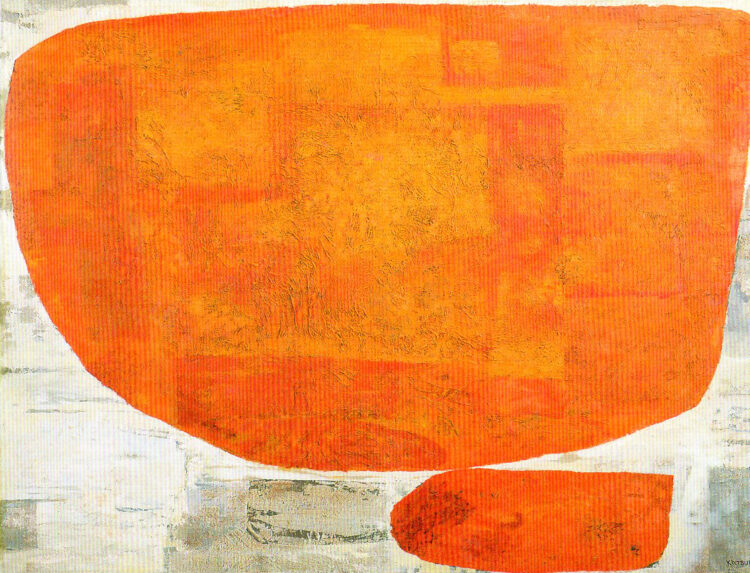 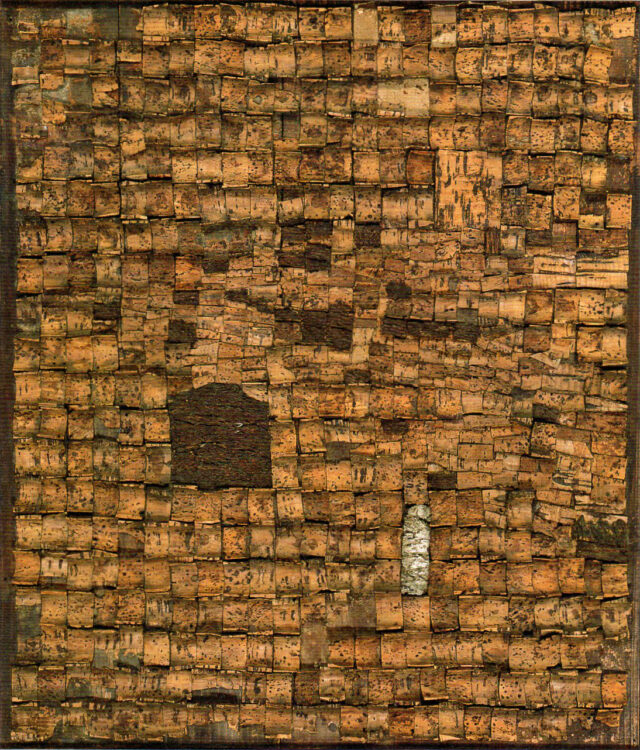 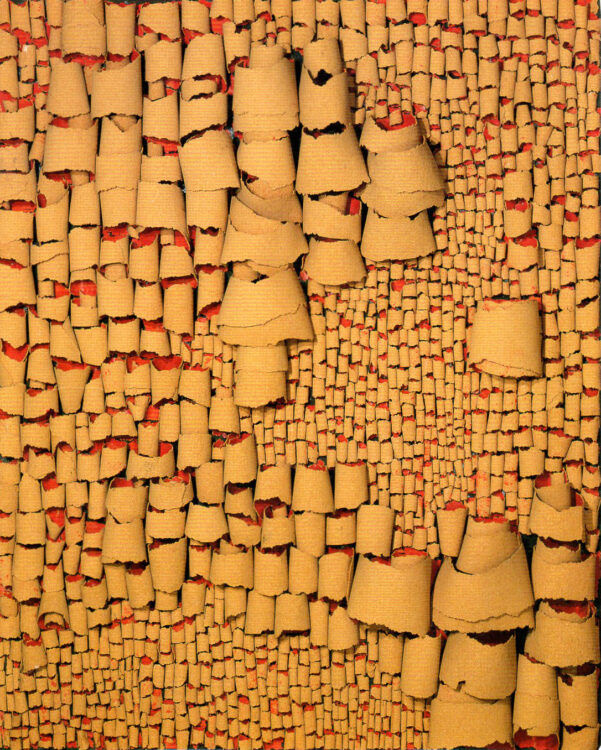