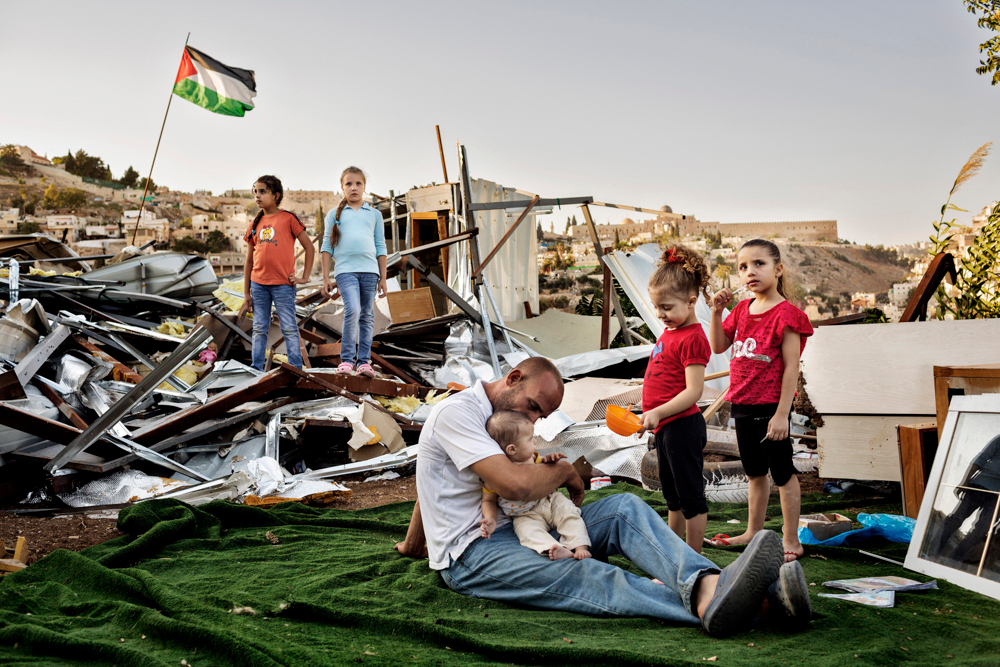 What can images that move do for people who cannot? What can documentary photography as a practice, form, and genre do in its ubiquitous, global circulation for those rendered immobile by colonial occupation?

More specifically this thesis asks: How do contemporary Middle Eastern women photographers working in Palestine, throughout the Middle East, and the diaspora contest Western, reductive constructions of difference through lens-based work? How can a sociopolitical and historical repositioning of documentary photography shed further light on the work of the Rawiya collective in Palestine and the continuing Israeli occupation? And how do we navigate a dialogue of this kind, which deals with the fragile topics of gender, sexuality, historical erasure and neocolonial oppression in a region that has been ideologically inundated by international politics and Western media images? 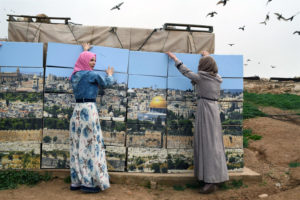 Rawiya is an Arabic word that translates to “she who tells a story” and serves as the title of the first all-women photography collective established in the Middle East. Rawiya’s founding members include Tanya Habjouqa (born in 1975), Tamara Abdul Hadi (born in 1980), Myriam Abdelaziz (born in 1976), Laura Boushnak (born in 1976), and Tasneem Alsultan (born in 1985). Comprising former and continuing photojournalists and documentarians, the artists in Rawiya have photographed the lives of marginalized and subaltern communities throughout the Middle East ever since (and even before) their collective was established in 2009, from a gendered perspective as visual storytellers connected to the region.

Of the people and places photographed, the most difficult of subjects, and the most provoking of images, emerge from within the enclosed borders of occupied Palestine. Rawiya artists capture both the well-documented – although often unexposed – horrors of the Israeli occupation, as well as the everyday resilience of a systemically oppressed community that prevails despite settler colonial occupation, displacement and disenfranchisement. Part of decolonizing the practice of documentary photography in the settler colonial context of Israel/Palestine requires the reimagining and reimaging of Palestinians from an anticolonial and deeply nuanced perspective. 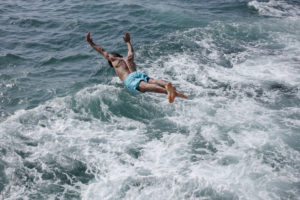 Through a close reading of long durée documentary projects pursued by Rawiya, this thesis considers how the photographic series, in its indexical capacity and documentary ambiguity, is unique in its ability to bridge the gap between the moment and its retelling, the narrator and the witness. In dialogue with John Tagg’s argument on the punitive origins of photography in The Burden of Representation (1988) and Ariella Azoulay’s reconceptualization of the capacity for civil alliance through the photographic event in The Civil Contract of Photography (2018), this research examines how Rawiya artists collect, create and circulate photographic images and series that entwine a complex interstice of Palestinian stories and voices, traumas and triumphs that are too often unheard and unseen. 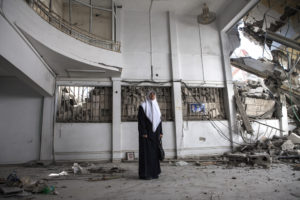 Using intimate portraiture, monumental landscape, and performative documentary praxis in series such as T. Habjouqa’s Occupied Pleasures (2012-2013) and T. Abdul Hadi’s Flying Boys (2015), Rawiya photographers explore a new, decolonizing documentary mode that pictures Palestine in all of its intricacy. Conceptions of territoriality, Arab feminism in the wake of nationalist rhetoric, and a complex history of colonial European and indigenous Arab photography inform their photographic series. Through the lens of the women artists of the collective, the juxtaposition of a Palestinian collective memory and the subsequent creation of a collective Israeli and international amnesia becomes visible.

Situating my thesis in contradistinction to the normative historical, political and cultural paradoxes that have come to define the visual narrative of the region, I argue that the photographic series undertaken by Rawiya artists T. Habjouqa and T. Abdul Hadi challenge one-dimensional representations of Palestinians, presenting instead complex narratives about life under occupation. In doing so, I consider how the historical and socio-political specificities of a Palestinian perspective become central to an understanding of the implications of the documentary mode and its capacity as a medium in the final chapter, referring back to its “discovery” and inception into realism in the nineteenth century in both European and Arab contexts. 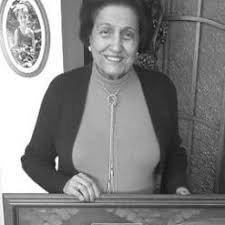